History tends to repeat itself. Who would have ever thought that vinyl records would come back to demolish CD sales? And, surely, nobody would have predicted that flip phones would reappear after the advent of smartphones, but here we are. Flip phones are in the midst of a major comeback, but the new models aren’t anything like the cheap flip phones you’ve seen in the past.

In fact, the new line of foldable phones has almost nothing in common with the 1990s to early 2000s models of yesteryear. The new folding phones from Samsung and Motorola are light and compact, but with all of the smart capabilities customers expect from a modern phone, as well as a few other tricks.

It’s official: flip phones are making a comeback this year. These devices represent an evolution in smartphone design, and early adopters are eager to test them. But are the new flip phones here to stay, or is this a novelty item that will disappear? It’s too soon to say if they have a better chance of sticking around than the Sega Dreamcast, Segway and curved TVs.

What We Know About The Samsung Galaxy Fold and Motorola Razr

Smart flip phones have been rumored and talked about for over a year, but the first real glimpse we got of one in action was the Samsung Galaxy Fold, which was released in September 2019. Unlike the Motorola Razr, which we’ll get to in a moment, the Galaxy Fold finds the seam between your phone and tablet. It starts out the size of a normal smartphone and folds out to a tablet. First, let’s explore the newest flip phone — the Motorola Razr.

What Is the Motorola RAZR?

Stop us if you’ve heard this one before: the Motorola Razr. That’s it, that’s the whole joke.

But this new flip phone is anything but. The name and the concept are familiar, but the only thing the new Motorola Razr has in common with the original is that it flips open. And, in reality, it would be more accurate to call this a folding phone. The screen itself folds, a major evolution in digital displays. 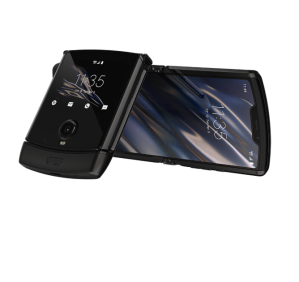 Unlike the Galaxy Fold, the Razr folds into a compact square instead of folding out into a larger display. When folded down into the compact version of the phone, there is a small display on the front where you can send messages, get notifications, change your playlist — you know, the usual stuff. And when you flip it open you get the full display.

The Razr has some interesting design traits. For starters, the screen is plastic. Motorola claims as long as you don’t get it too wet, keep it away from sharp objects, and fold it before you put in your pocket or bag, the plastic screen will remain intact. Also, the way the hinges work inside of the phone, the screen leaves no visible crease where it folds, which is a marvel in and of itself.

Of course, there is a downside. Other phones have much better processors, and the camera isn’t even in the same league as premier iPhone and Samsung phones. And the final blow, the Motorola Razr is $1,500. Is hanging up calls by snapping your phone closed satisfactory enough for the price tag? (Although, closing your phone to hang up is quite satisfactory).

The Motorola Razr was officially released on February 6, 2020, but the first shipments have been delayed by about a week. 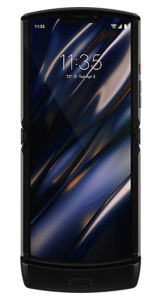 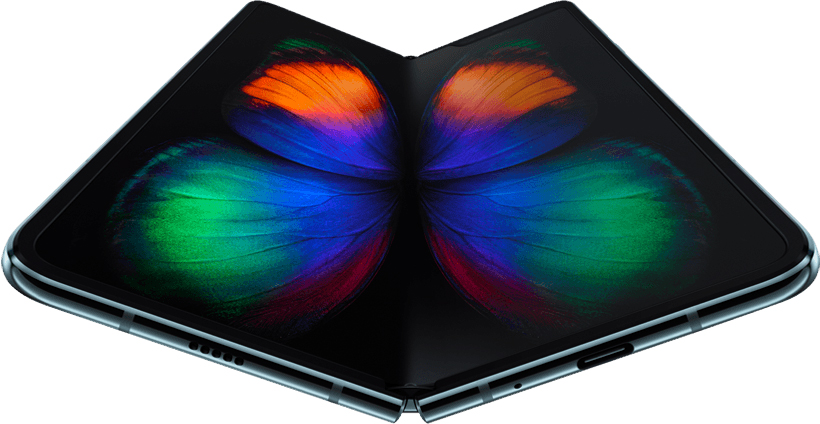 The Samsung Galaxy Fold really isn’t like any smartphone we’ve seen before. Unlike the Razr, which folds along a horizontal axis, the Galaxy Fold opens along a vertical axis, instantly transforming your smartphone into a tablet.

The second display (yes, the Fold has two displays) is a 7.3-inch Dynamic AMOLED screen. It isn’t simply a bigger screen for watching videos. The foldable screen allows you to multitask like other smartphones can’t. While open, you can run up to three apps simultaneously. And the uniformity between the outside 4.6-inch display and the “inside” 7.3-inch screen is what Samsung has dubbed “app continuity.” You can be browsing Instagram or TikTok on the smaller screen and decide you want a little more real estate. And once you open the device, the app will automatically display on the 7.3-inch display, making the inside screen a seamless continuation of the smaller one.

The Galaxy Fold also has six cameras. You read that right. Three on the back, two on the large display, and one selfie camera on the front of the small display. The rear camera features a 16MP ultra-wide camera, 12MP wide-angle camera and 12MP telephoto camera. Compare that to the iPhone 11 Pro specs — three 12MP wide-angle cameras on the rear — the Fold can certainly hang with the top-rated smartphones. Oh, and the storage on the Fold is equally terrific: 512GB of standard storage.

So, what’s the catch? This marvel of a phone retails for $2,000. Being an early adopter comes with a high price tag. 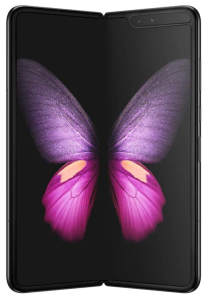 Are Flip Phones Here to Stay?

The first Motorola Razr folding phones are being shipped to customers now, but at $1,500, it’s still a very expensive phone. The $2,000 Samsung Galaxy Fold has been out since September 2019, and the early reviews are positive (supplies are also low at major retailers like Amazon). Of course, as with any new technology, there are bugs and updates to be expected.

But are folding phones the future or a novelty purchase? We aren’t in the business of predicting the future, but we can tell you that folding screens were extremely popular at CES 2020, which is often a good forecast of consumer trends. More smartphone manufacturers will roll out advanced flip phones in the near future, which means the price will eventually start to drop.

So, when you’re unfolding your phone, reading reviews for the new Bill & Ted movie and listening to Billie Eilish’s last album on vinyl, there’s no need to wonder “What year is this?” Don’t worry, you didn’t accidentally slip through a rift in the space-time continuum. It’s still 2020.