Can you believe CES 2022 is just about over? Sure, Saturday may technically be the official last day of tech’s biggest show, but all the juicy announcements were made the two days prior to the actual start of CES. That brings us to the stuff that took us by storm, the gadgets that we can’t get out of our minds because they were just that mind-blowing.

We’re talking about things we would’ve described as futuristic a short couple years ago. It’s also worth pointing out the innovative disparity between this year’s announcements versus last year. This year’s crop of devices certainly had more substance behind them, far more awe-inspiring to make you believe we’re living in the future. Of course, this is exactly the kind of juicy stuff that makes CES the premier showcase

Remember the Samsung Galaxy Home? Chances are you’ve forgotten about the ill-fated smart speaker that Sammy first introduced in 2018. Its failure inadvertently could’ve made Samsung rethink its strategy about releasing a smart speaker. Whatever the case, we’re beyond amazed by its unique looking projector, the Freestyle, which interestingly enough combines many gadgets into one.

At the core of it all is one of the most versatile, uniquely designed projectors out there on the market. From a glance, it looks like a spotlight of sorts with its cylindrical shape held together by its rotating base. Unlike other fixed projectors that lay flat, the Freestyle allows you to project onto any surface with ease because it’ll automatically correct itself — ensuring that no matter what, even when it’s projecting at an angle, the image will look correct.

Another exciting quality about the Freestyle that you won’t find in any projector is that it doubles as a smart speaker and smart light. That’s right, it’s one of those rare gadgets that converge many different products together into one. As a smart speaker, it’s powered by Samsung’s voice Assistant, Bixby, which allows you to bark all sorts of voice commands at it. Furthermore, there are some add-on accessories that enhance its use — such as a light socket attachment and lens covers that can blanket an area with color.

We can go on and on about why we’re eager for the Samsung Freestyle, but we really have to applaud Samsung for its meticulous planning. It’s not that frequently we find something that’s totally out of the box. 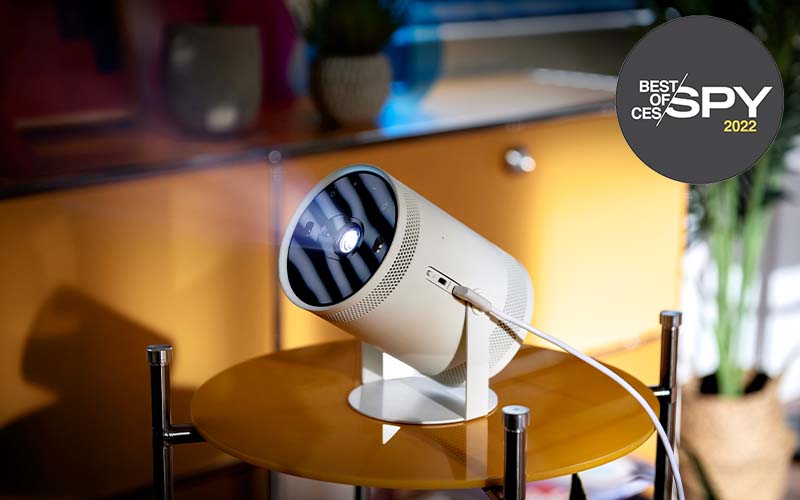 Foldables, they certainly can raise a few eyebrows in a room, but the Asus Zenbook 17 Fold OLED UX9702 took us by surprise when it was announced for CES 2022. In a world of foldables that have been largely isolated to smartphone sized devices, the Zenbook 17 Fold OLED UX9702 goes big in a huge way. Giving us a clear glimpse into the future of computing, it’s sure to turn heads when it’s fully unfolded to reveal its mesmerizing 17.3-inch 2,560 x 1,920 OLED display.

Just think about all the looks you’d get at a coffee shop when you take it out of your bag, then proceed to unfold an all-screen computing device! The wireless Bluetooth keyboard that accompanies the foldable gives it a hybrid utility you won’t find in any other laptop. Imagine what kind of impression you’ll make when it’s transformed from a laptop form factor to a desktop. And since we’re dealing with an OLED here, the rich colors and vividness it offers will undoubtedly get people to take notice.

Computing as a whole will be transformed by foldables like the Asus Zenbook 17 Fold OLED UX9702. 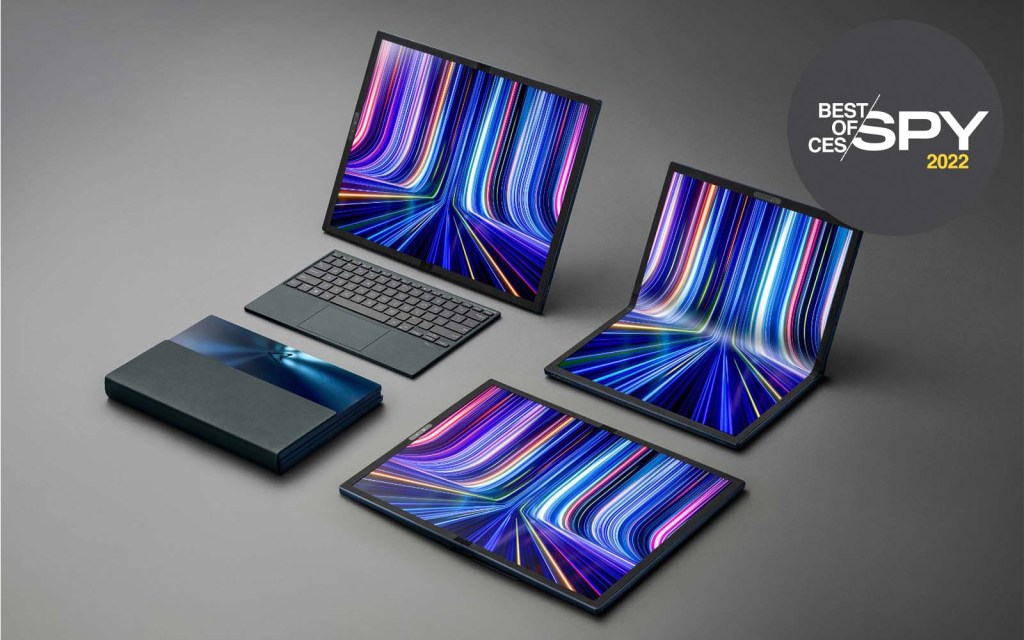 We were beyond crushed when we heard the news very recently about the demise of the Drinkworks Home Bar by Keurig, a counter top friendly cocktail making machine that whipped up drinks conveniently with a push of a button. Its loss paves the way for this next gadget we’re still geeking out over, the Black + Decker Bev.

Now, what makes this home bar different is that you provide the liquor — which then gets combined with the Bartesian juice pods you pop into the machine. Since you’re using your own liquor, it certainly means you’ll be saving more in the long term. Even though it’s very similar to Bartesian’s own cocktail machine, the difference here is that you just place your liquor bottles directly into their respective locations.

The end result is a machine that’s priced lower than the Bartesian, while still delivering quick and easy craft cocktails with a push of a button. If you don’t have any bartending skills whatsoever, this effectively brings the bartender to your home. 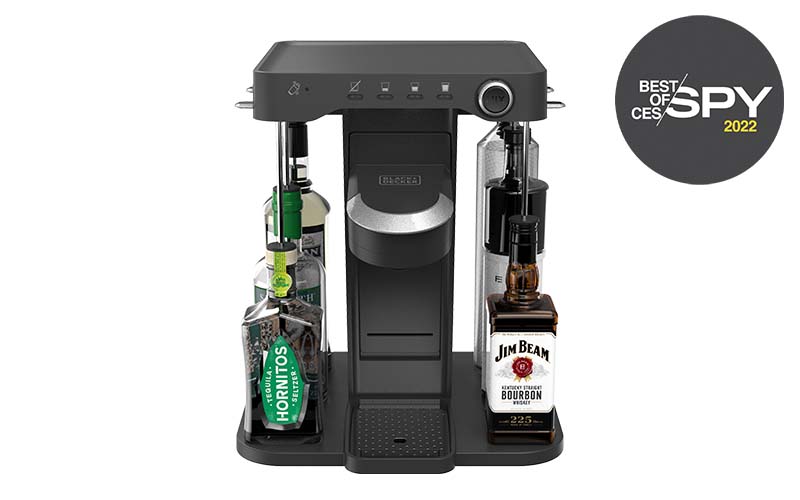