Fake news has become one of the biggest topics of interest and concern in 2017, especially with regard to the current political climate and the controversy surrounding the 2016 presidential election.

President Trump made the term popular during his presidential campaign, using it to discredit outlets who published unfavorable material about him. Facebook announced yesterday plans to expand their anti-fake news feature, which allows users to flag certain stories for review. The social media platform will be adding a new “educational tool,” that will help users and publications dispute or authenticate claims, articles, and trending information.

Now, Google is also taking measures against the proliferation of fake news, so that users “can make more informed judgments.” 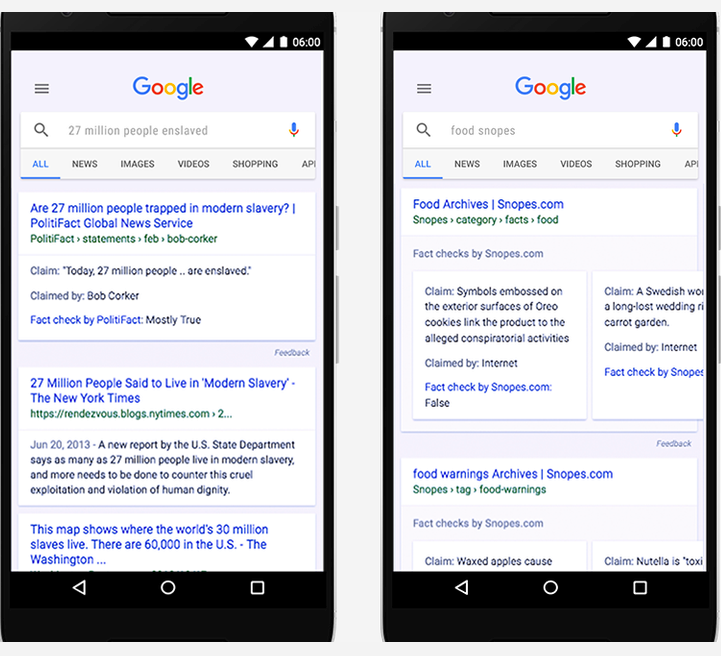 Google has introduced a new fact-checking feature in their search platform that will allow users to see if a third-party fact checking organization, such as Politifact or Snopes, has vetted a particular claim or not. Google’s Fact-Checking feature actually launched in October 2016 in select countries but will soon be available globally, in all languages.

Now, when you conduct a search in Google, you will see the “Fact Check” label in your search results, indicating which particular claim has been analyzed, the organization that checked the claim, and the degree to which the claim is factual ranging from “mostly true,” to “false.” Google News articles will also be labelled as “Fact Checked,” in the results, if the story has been evaluated by an organization for accuracy.

Naturally, the new feature will yield varied results, depending on the original fact-checking organization that analyzed the claim, but Google feels this is a step in the right direction to authenticating claims presented by the media. Google said in a statement, “Even though differing conclusions may be presented, we think it’s still helpful for people to understand the degree of consensus around a particular claim and have clear information on which sources agree.”