While the style and look of graphing calculators haven’t changed much since they were first introduced more than three decades ago, math also hasn’t changed. Graphing calculators remain a staple in advanced math classes, as well as on the desk of professionals in engineering and finance. Though computers, tablets and phones can address basic math problems, graphing calculators continue to help teach and aid those working on more technical problems and issues.

Whether you’re heading back to school or you’re shopping for someone who is, we recommended including one of these graphing calculators in your backpack.

Calculate real and complex numbers with up to 14-digit accuracy and ten graphing functions using the Texas Instruments Ti-84 Plus Graphing calculator.

The TI-84 Plus can handle just about any function, fraction, and figure you throw at it, with 14-digit accuracy plus a two-digit exponent. Define, save and analyze up to 10 graphs at once and list store up to 999 elements or 10 50×50 matrices.

Pros: With more than 200 functions and a multi-line display and approval by the SAT, AP, PSAT, and International Baccalaureate boards, this calculator is perfect for college and high school students.

Cons: This calculator won’t work for engineering students (mechanical or electrical) or for science students (life, earth and physical). The TI-84 Plus only has a black and white display. 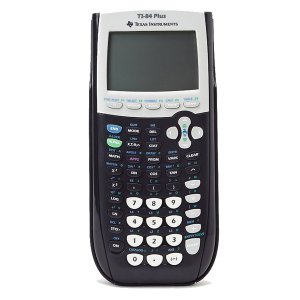 Boasting a 30 percent lighter and thinner model than previous editions, the Texas Instruments TI-84 Plus CE Graphing Calculator comes with pre-loaded apps and images and is available in eight colors. It also has a significantly smaller memory than the TI-84 Plus CE, with 480KB ROM/24K RAM compared to 3 MB ROM/154K RAM.

Cons: The TI-84 Plus CE has the same limitations as the TI-84 Plus and isn’t suitable for engineering and life science students.

Pros: The TI-83 Plus is a great calculator for high school students, with the ability to handle calculus, engineering, trigonometric, and financial functions. The LCD screen has a 64 x 96-pixel resolution and a split screen that allows for graph tracing and table scrolling. The TI-83 Plus has built-in memory storage of up to 10 matrices and features 14 interactive zoom features.

Cons: The TI-83 has the smallest memory storage on the list at 160KB ROM/24K RAM. It’s not suitable for geometry, pre-calculus, college math or linear algebra or engineering and life science students. 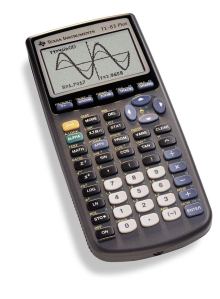