When it comes to gaming, it’s got to be the best or nothing. As new, next-generation consoles like the PlayStation 5 or the Xbox Series X become more available, making sure you have the latest television to take advantage of those brand-new features remains key. This is where Hisense’s new U7G series of TVs come into play. The brand sent SPY a 65-inch model of the U7G series to test, and when paired with a next-gen console, it really is the best way to take advantage of these new features.

I’ve never owned a TV over 50 inches, so the first thing I was taken with in regards to the U7G was its size. This thing is massive. Like most modern sets, there’s hardly a bezel at all, which means the majority of that 65-inch display is seen on the screen itself. There’s no skimping out what consumers want most. Set up is slightly unwieldy due to the size of the U7G itself, but I was able to get it out of the box and lay it down on my bed while installing the feet. The U7G contains two different placements for the feet, one for those who may have a longer table and another set closer in for a narrower table. All in all, the build quality is pretty nice and has an overall sturdy feel to it.

The U7G leverages the AndroidTV platform for its smart functionality, connecting and setting up the unit a breeze. In walking through the setup, I was able to go ahead and select a handful of apps I already wanted to have populated on the homepage. Navigating through the user interface is clean, intuitive and unfussy, making it a breeze to use. Plus, the AndroidTV knows where you left off in your apps, letting you pick right back up without you having to remember. In an age of hundreds of streaming shows, it’s a helpful and nifty little trick that will likely make keeping up with your favorite show even easier. 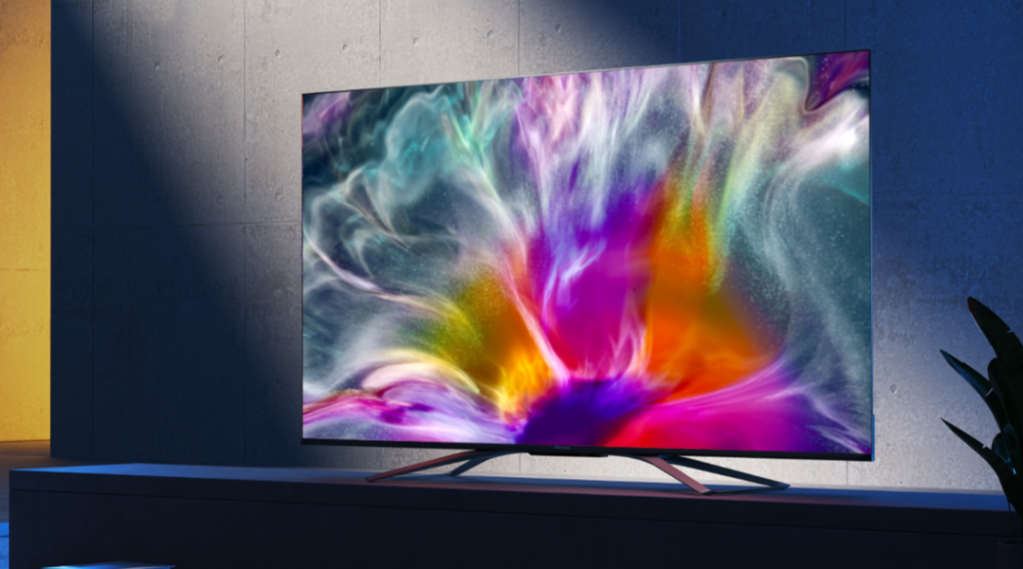 When it comes to picture quality, the U7G more than delivers. The 4K resolution is bolstered by ULED tech that actively boosts color, contrast and brightness, ensuring a vibrant, clear and colorful picture. Images seem to take on an impressive depth (even more so when leveraging HDR) and provide a fantastic contrast. For example, the colorful lights of the Vegas strip came alive during episodes of HBO Max’s Hacks. The painterly masterpiece of Barry Jenkins’ Underground Railroad adaptation for Amazon Prime TV felt even fuller, deeper and richer. The sound from the unit itself is pretty impressive, even without connecting a soundbar of any sort.

But where the U7G really shines is with video games. I tested the PS5 show-stopper Ratchet & Clank: Rift Apart with the U7G and was truly blown away. Rift Apart already looked great on an Acer 4K monitor I picked up last year, but on the U7G, it felt like things went up a notch. The TV has a native 120Hz HDMI 2.1 panel, a variable refresh rate and FreeSync, all of which take full advantage of the PS5’s 4K visuals in HDR to deliver an experience that’s clear and studder-less. Despite my Acer monitor having HDR, it always felt a little muddled. That’s not the case with the U7G, as the full strength of the Dolby Vision HDR is at play here; Rift Apart already felt as if I was playing a Pixar movie, but the U7G further enhances that feeling. It’s not just Rift Apart either, as the sprawl of the Fortnite island felt alive in a way that hadn’t before. We’re still early in the next-gen cycle, but I cannot wait to see what other games look like on the U7G.

For some, the price of any new, feature-heavy 4K television won’t be a spontaneous purchase. That’s certainly the case with the U7G, as the $1,000 list price will likely make consumers blink a few times before spending the money. If the 65-inch TV is too big, the 55-inch drops down to around $800 (or, at least, that’s where it is currently listed on Amazon at the time of this writing). However, compared to other options on our list of best 65-inch TVs, it’s a pretty affordable investment.

Much like all TVs, the image quality of the U7G isn’t as great if you’re looking at it from a slight angle. However, that’s an issue with most modern TV sets and not something unique to the U7G in any particular way.

If you’re looking for a TV that can fully enhance your next-gen gaming experience, the Hisense U7G is a must-purchase. Those holding out for a unit to capitalize on all the shiny new features will be deeply, deeply impressed with the U7G offers. Plus, it’s just as compelling when not being used for gaming, making your streaming TV experience just as rich and rewarding. The next generation of gaming is here, and the U7G will put you in a position to take full advantage of all it has to offer you. 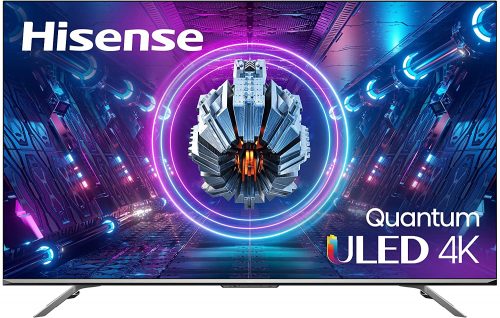