Americans have always been fascinated by spycraft, thanks in large part to the Cold War era’s obsession with secret agents and spies, not to mention the cultural impact of James Bond. In the Information Era, government surveilance has become something of a joke with millennials and zoomers. We crack jokes about FBI Agents monitoring our WiFi, and we assume our smartphones are listening to every word we say. Yet there’s another kind of surveillance to worry about — hidden cameras surreptitiously placed into private spaces by sketchy landlords and perverts.

In some countries, hidden spy cameras are a constant threat, and women are especially at risk of having their most intimate moments recorded without their knowledge.

If you walk into a hotel room, Airbnb or changing room only to feel like someone’s watching you, they might be. We don’t say this to scare you, but to help you stay on guard. Fortunately, if you want to learn how to find hidden video cameras, there are some simple, practical steps you can take.

So keep reading to learn how to find hidden cameras, where they are most likely to be hidden, and what popular hidden cameras look like in 2020.

Tip #1: Learn Where Hidden Cameras Are Most Likely To Appear

First, it’s important to learn where hidden cameras are most usually placed. We mean this in two ways — the types of locations that are targeted and the places within a room where cameras might be placed. For instance, hotel rooms, Airbnbs, changing rooms and public bathrooms can all be easy targets for voyeurs.

When looking for hidden cameras within those locations, the majority of spy cams can be found in places you’d expect, especially if you’ve spent time reading crime fiction or watching spy TV shows. The most frequent spots are smoke detectors, bookshelves, wall art, electrical outlets, teddy bears, electronics (like TVs, alarm clocks or DVD players), lamps, or even pens.

A thorough exploration of each of these will quickly suss out whether or not a camera has been hidden inside one of them. It’s especially pertinent to check for spy cams in places like the bedroom or the bathroom. They’re often sneakily deceptive, unassuming and designed to look like everyday objects. Alarm clocks with hidden cameras will still function like normal alarm clocks, all while they watch you sleep.

Modern spy cams are designed to look like common objects such as clothing hooks, alarm clocks or teddy bears. However, the most effective spy cams and nanny cams are hard to detect without close inspection.

We’ve included pictures of common spy cameras below. Just check out this screw (!), wall charger and clothing hook that are actually hidden cameras. It’s important to be able to identify these devices if you want to learn how to find hidden cameras. 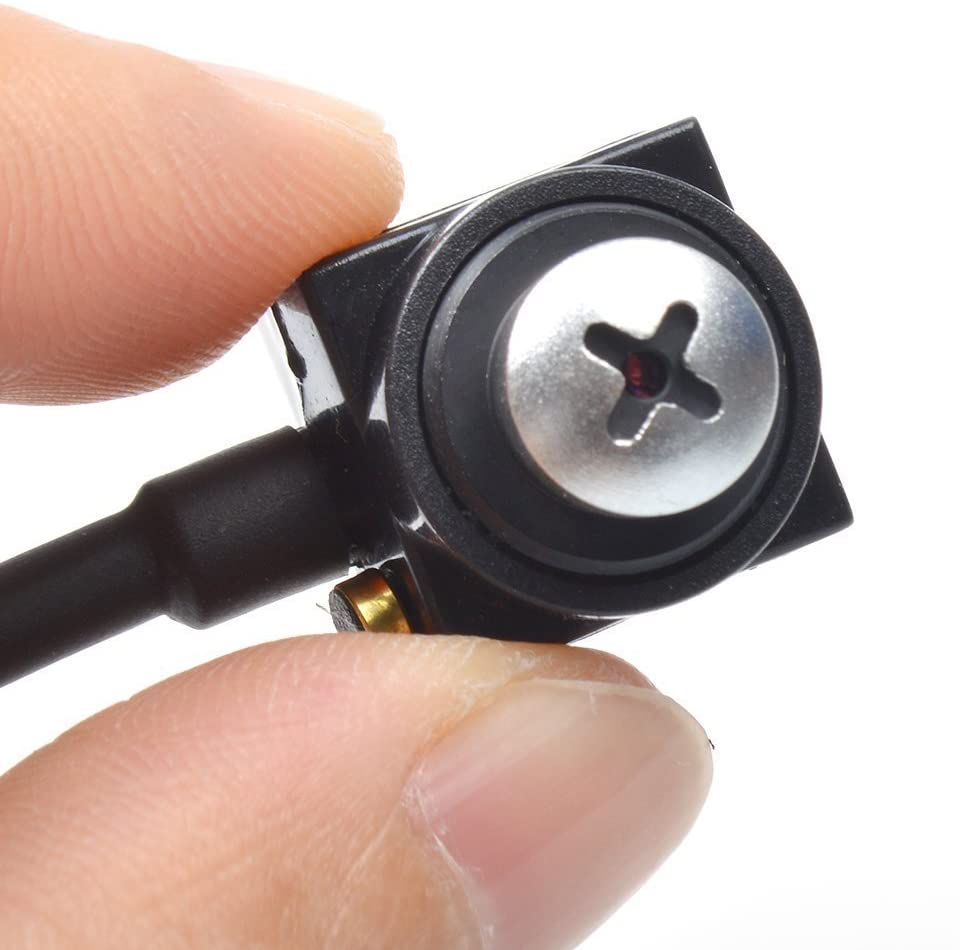 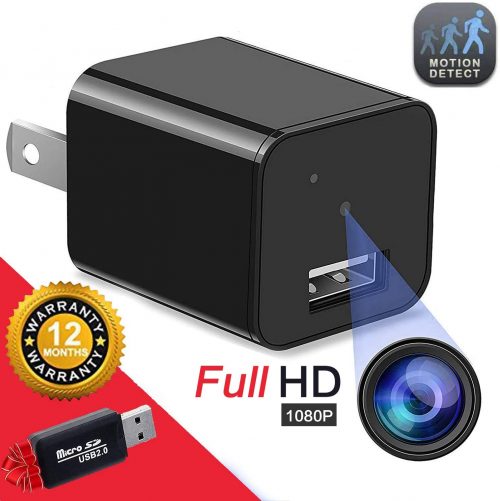 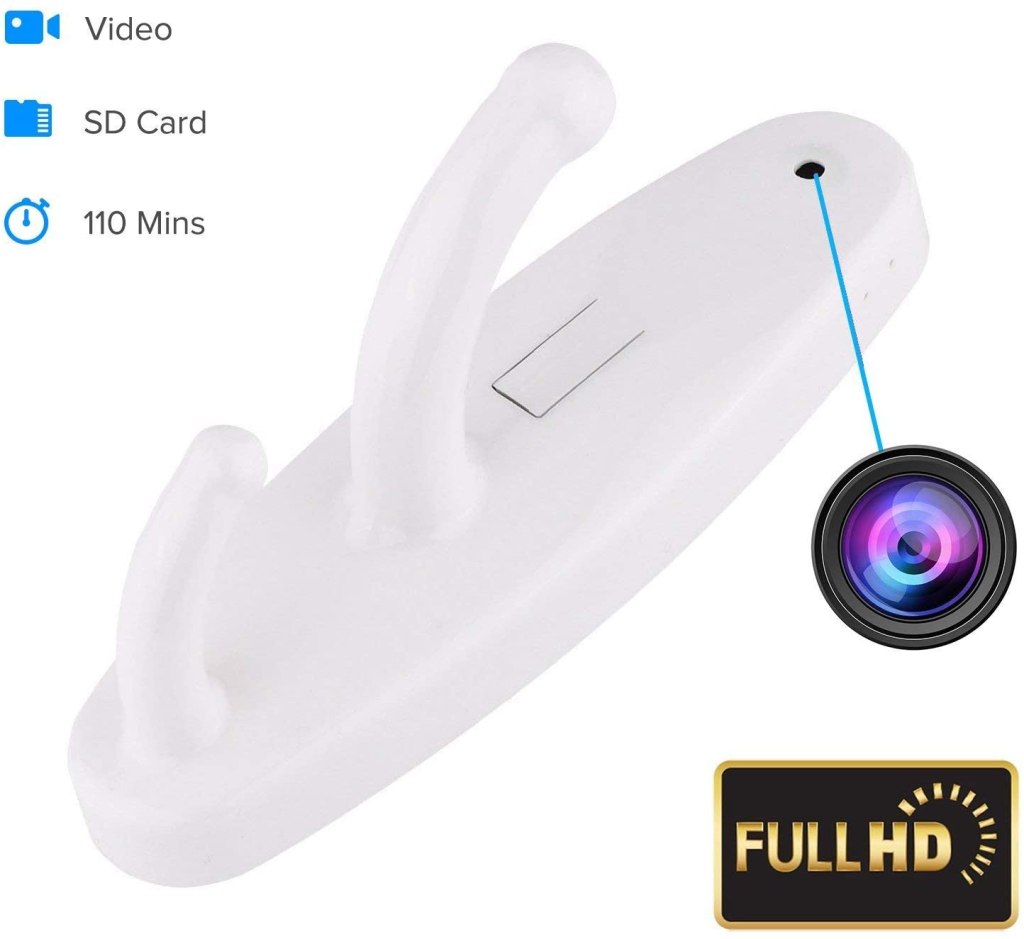 Tip #3: Use an RF Signal Detector

But with cameras this small and this secret, how are you even supposed to figure out if normal household items are, in fact, cameras? You can start by listening to them. Some recording devices will give off a very slight buzz to let you know they’re in operation. The next step is to turn off the lights in a room and look for any little LED lights blinking in the darkness. These types of devices will typically emit some sort of light (either red or green) when they’re in use.

However, the most effective way to find hidden cameras is to invest in an RF signal detector. These radio-looking devices are actually radiofrequency scanners that will beep and chime when they detect a transmission signal. Sort of like a sonar system on a boat, the included antenna on this device from LONOVE will alert you (via its digital read-out) where a camera might be hidden, as it will chime and whirl when there’s an active signal nearby. 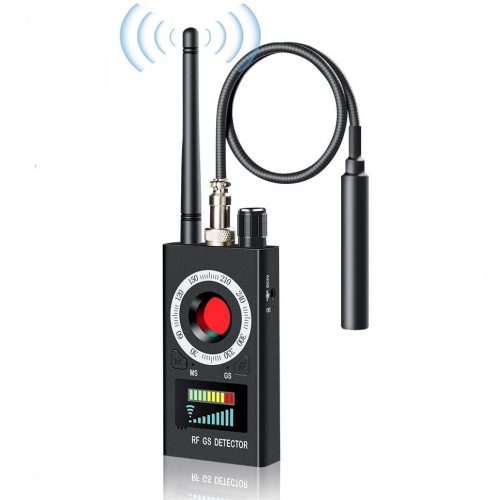