Prime Day is just around the corner, but that doesn’t mean the only steals are on Amazon this week. In fact, if you’re looking for deals on laptops, desktops and monitors, then you need to know about a concurrent sale happening over at HP. The HP October sale kicked off today, with multiple deals on HP products along with some special offers and Doorbuster deals.

Starting on October 11, HP has a number of discounts available through October 17 on popular laptops, desktops and monitors. These discounts range in price between $30 and $200, and they include top-rated products such as the best-in-class Envy x360 laptop and Envy 32-inch All-In-One desktop computer.

Additionally, in that same time frame, you can get 15% off any HP monitor when you buy any HP computer. Whether its a desktop, laptop or all-in-one, you can upgrade or expand your work-from-home display setup while saving money.

And finally, there will be a number of Doorbuster sales that will be available for limited times throughout the week. Depending on the product, you can save up to an extra $50 if you catch the sale at the right time.

With that in mind, we’ve pulled the top deals from HP’s sale. Check them out, but don’t sleep: These deals expire soon!

If a solid, affordable laptop is what you’re after, the HP Envy x360 is one of the best 2-in-1 laptops you can buy for under $1000. Equipped with an AMD Ryzen 5 CPU, 8 GB of RAM and a 15-inch, 1080p display, there’s plenty of power under the hood to handle the bulk of your computing tasks. Whether you’re streaming TV and movies, using Microsoft Office, browsing the web or even using Photoshop, this laptop has you covered. What’s more, is that on top of this laptop being $60 off, you can receive an additional $40 rebate, which is only available on October 14th, giving you a final price of $649.99. 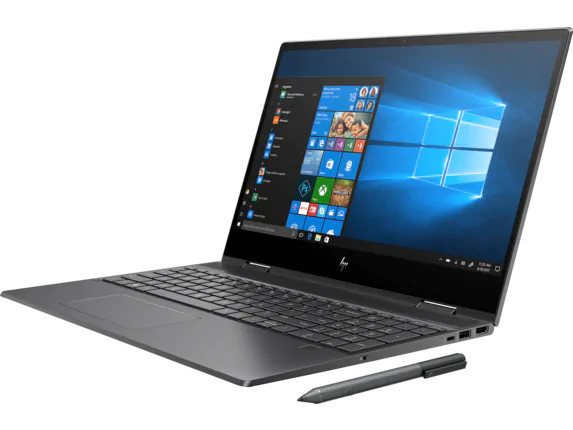 For a sub-$1000 machine, the HP Pavillon Gaming PC is kitted out with some impressive hardware for gamers. In addition to an AMD Ryzen 5 CPU and 8GB of RAM, this thing comes with a discrete NVIDIA GeForce GTX 1650 Super GPU, you should have few issues running games at 1080p resolution and 60 frames per second at the highest graphics settings the card will allow. While the HP Pavilion Gaming PC is $100 off throughout the entire sale, if you buy one on October 12 between 9 a.m. and 1 p.m., you’ll receive an additional $50 off, bringing the total price down to $549.99. If you’re looking to game on a budget, this is a great deal. 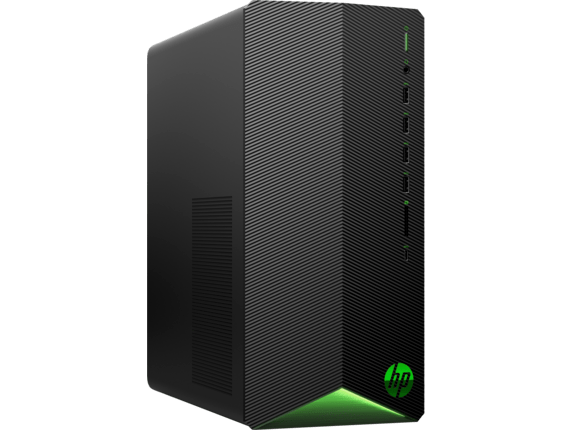 Those of you still settling into working from home should give the HP Envy 32 All-In-One a good look as we recently named it one of the best desktop computers of 2020. Equally up for the task of work or play, the Envy 32 has a 32-inch, 4K display with a wide color gamut capable of covering 98% of the DCI-P3 color space. On top of that, the Envy 32 comes equipped with a 10th-generation Intel Core i5 CPU, NVIDIA GeForce GTX 1650 GPU, 16 GB of RAM and audio from Bang & Olufsen, which means it can handle all of the typical day-to-day computing demands and then some. In addition to the $200 discount, you can receive an additional $50 rebate if you buy an Envy 32 on October 16 between 2 p.m. and 5 p.m., bringing the price down to $1649.99, compared to other comparable all-in-ones out there, this is a deal that’s tough to beat. 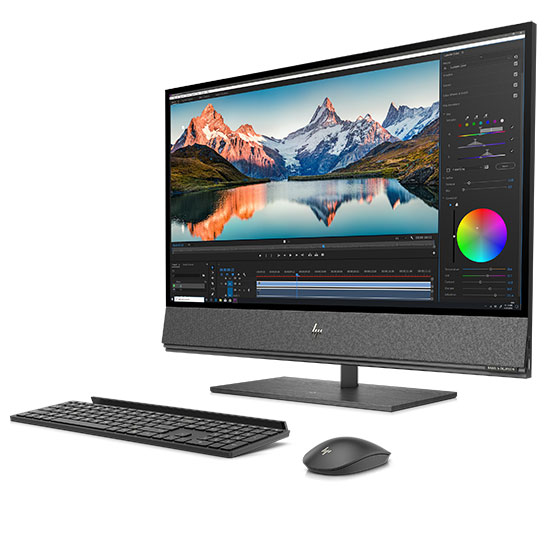 You may only need a cheap PC for secondary use outside of work, or for remote learning. For those instances, the HP Slim Desktop is a solid choice at a very wallet-friendly price. The AMD Ryzen 3 CPU and 8 GB of RAM should get you through all of your basic computer usage, and for those of you who still listen to music or watch movies via CD and DVD, there’s even an optical drive. If you buy this laptop on October 13 between 9 a.m. and 1 p.m., you can receive an extra $50 rebate on top of the $100 discount, bringing the total price down to $329.99. 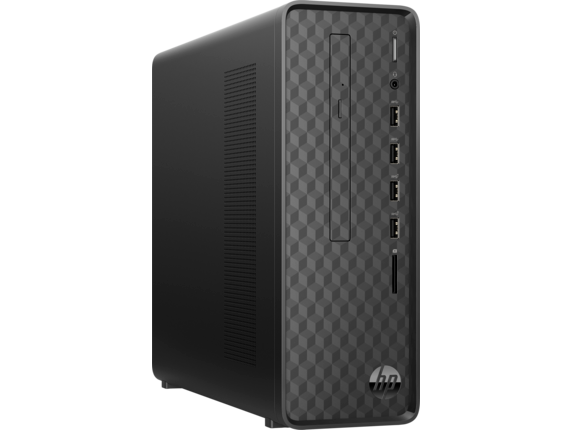 In the event that you don’t already have a monitor, mouse, keyboard and speakers, a desktop tower may not be the best bargain considering you have to purchase that additional gear. Rather, consider the Pavilion 24 All-In-One, which gives you a 10th-generation Intel Core i3 CPU and 8 GB of RAM, along with a 1080p display and speakers tuned by Bang and Olufsen. Along with the $100 discount, you can take an extra $50 off the price if you buy one on October 13 between 6 p.m. and 10 p.m., which means you’ll only be spending $600 on a desktop that can handle most of your digital needs. 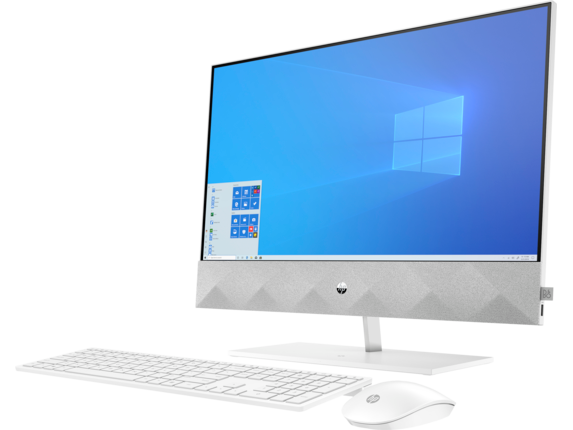 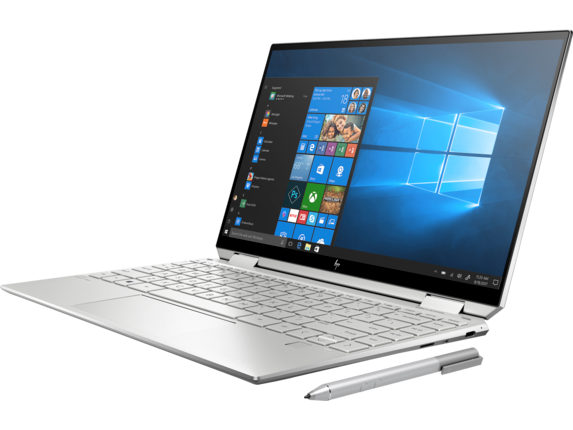 If working from home has you missing having a bigger external monitor or a second display, HP has a great deal on a 32-inch 1080p monitor that won’t cost as much as another computer. The HP 32S has wide viewing angles and 99% SRGB color accuracy, which will offer a great experience in most use cases. Along with the $40 discount running during the sale, if you buy this monitor between October 12-14, and you’re one of the first 100 people to do so on any of those days, you can receive an additional $25 rebate to bring the price down to $164.99. If you pair it with any HP PC, you can knock another 15% off the price as well, bringing the price all the way down to $130.50. 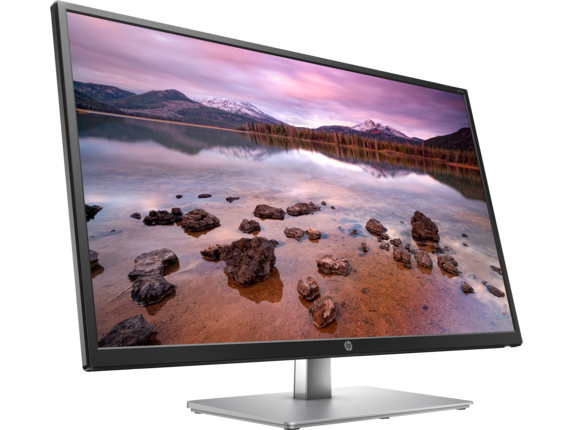