For the overwhelming majority of us, the only CPU we’ve wanted in our laptop and desktop computers over the last 30 years is an Intel one. The company has had such a stranglehold on the CPU market — through performance alone — that having to choose between CPU brands like it was a monitor or a hard drive was unheard of.

This is all changing, however, and it’s changing fast.

While Intel lost the mobile CPU war to the likes of Qualcomm, Apple and Samsung, and failed to have a major impact in emerging sectors such as VR, Intel has always had a sure thing to fall back on: desktop and laptop CPUs.

But the perfect storm that was 2020 cast a dark cloud over that one-time certainty. Shortly after its CES 2021 keynote address, Intel parted ways with its CEO, Bob Swan after a lackluster two-years in the top spot. It was the cherry on top of a struggle sundae that has seen the company fall short on achieving the sorts of performance breakthroughs that it built its name on while also failing to manufacture enough chips to meet PC maker demand.

But Intel’s struggle to advance its CPUs over the last few years has opened the door in 2020 for a long-ignored competitor to step in and give consumers something to think about: AMD.

A New CPU War Has Arrived

For Linn Huang, who is a PC market analyst for research firm IDC, he believes that AMD’s time has finally arrived to challenge Intel.

“We’re starting to see some pretty big shifts within the CPU market for PCs,” Huang says. “I’d say starting three years ago, probably a little bit longer, we started to see AMD’s share climb. And I think the more impressive thing is that it’s been pretty organic.

“From an AMD perspective, the last few years has been the perfect confluence of hitting the right products and their chief competitor is struggling with supply. I think this is still roughly true as we get into 2021.”

That’s right. Buying a new computer with an AMD Ryzen CPU is not only a safe bet, it might be the smart bet. But it wasn’t always like that.

AMD has long existed as a budget alternative to Intel, both literally and figuratively, when it came to CPUs. And while there has been the odd year where it seemed like they were ready to close the gap, their position has largely remained unchanged.

But four years ago, AMD developed a new line of CPUs. Dubbed Ryzen, these chips caught everyone by surprise. The Zen microarchitecture which powers these chips not only delivered a performance that was comparable to Intel’s best CPUs but they cost much less to build (which also brings the cost of computers down). The more surprising thing, however, is that these Ryzen chips not only impressed upon their release but have continued to impress with each successive generation. 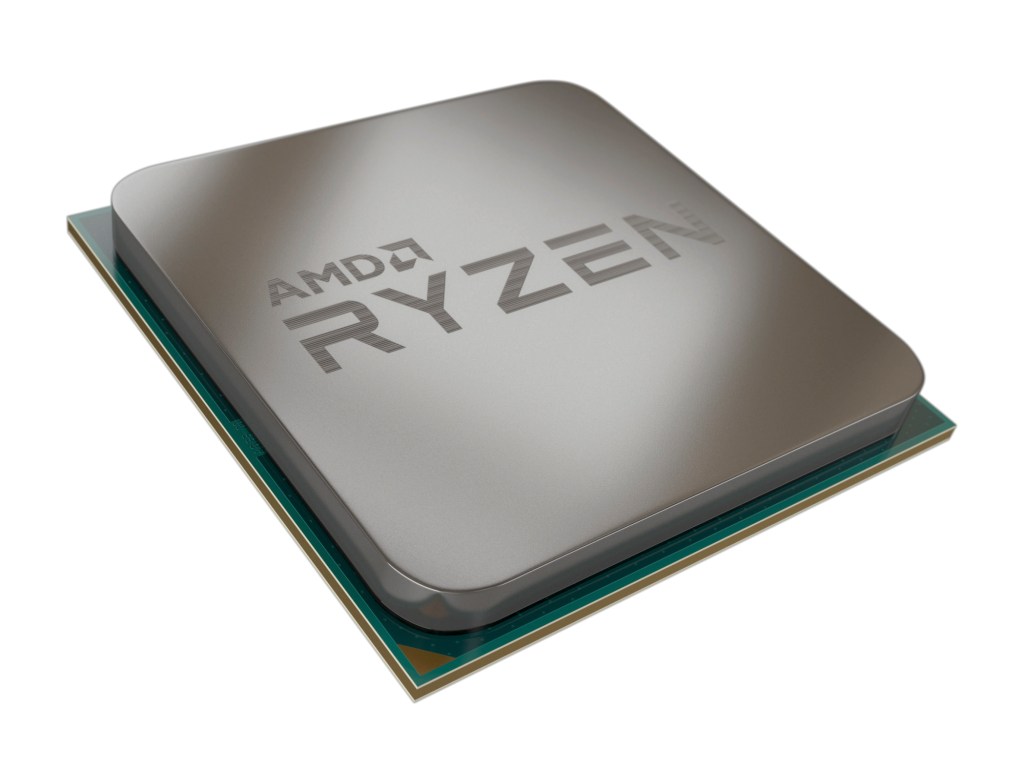 “AMD had a track record of making excellent products and then following up those excellent products with duds, and they couldn’t string success together long enough to drive meaningful momentum in the market,” Huang explains. “With their Zen Microarchitecture, they’ve definitely done that. It wasn’t so much that they came out with Ryzen, it’s that they moved onto Zen 1 to Zen 2, and Zen 2 to Zen 3 without many hiccups, and they continue to push the performance envelope.”

Under normal circumstances, a few good AMD Ryzen chips wouldn’t be any cause for Intel to worry about its Core CPUs. In the past, when it came to pre-configured computers, PC makers mostly just used AMD chips in budget machines to meet demands. The mid-range and premium slice of the pie still belonged to Intel on brand strength alone.

“Traditionally when intel gets in a shortage scenario, what they’ll do is quarantine the effects to the shortage to their low-end stuff, which is their dual-core stuff,” Huang says. “In the past, AMD had no qualms about filling in those gaps with their low-end chips because it was an easy way to get volume.”

But what Intel didn’t anticipate is that the pandemic would see the world working and learning from home for an extended period, causing a spike in computer sales. This spike, in turn, would lead to a shortage of Intel chips, especially when it came to Core i5 and Core i7 CPUs.

With AMD still enjoying a fruitful period with its third-gen, Ryzen 3000-series CPUs, it was time for the underdog to shine. These shortages on the high end have not only allowed AMD to grow its business but fix its reputation in the process.

Ryzen’s Success Has Been About More Than Just Specs

“Whatever Intel was missing in the low end and AMD would fulfill and their share would climb,” Huang says. “But they would always talk that share up and it created this perception of AMD as the low-cost alternative, which is something they’ve been trying to shed, and they’ve actually done a good job of that in recent years.”

But even if they’re ridding themselves of their low-end reputation, the best part about computers with AMD Ryzen chips is that they often still cost less than Intel Core chips.

And in the second half of 2020, you saw Ryzen chips popping up more and more in nicer mid-range and high-end PCs. With benchmarks showing that these chips are just as good, if not better, Intel’s best, Ryzen CPUs were even popping up in gaming PC builds from the likes of Alienware. 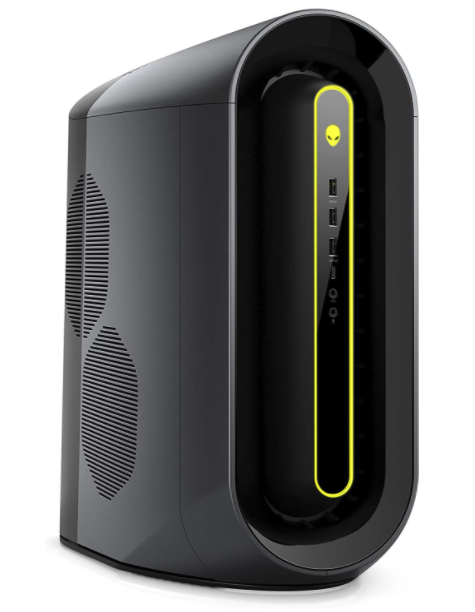 2020 has made clear that AMD is rounding a corner with its CPUs, not only in terms of technical performance but also with public perception. Helping in this regard is the fact that both of the CPUs in the PS5 and Xbox Series X are based on AMD’s Zen 2 architecture, which is also what the current crop of Ryzen chips are built from.

“They’re gaining share at the high-end at a pretty rapid clip and it’s having a pretty transformative effect on what they can do from an innovation and marketing standpoint,” Huang says in response to AMD’s newfound brand reputation.

And the future looks like it will only get brighter from AMD from here on out. At the end of 2020, AMD released its next generation of CPUs, the Ryzen 5000 series, for desktop PCs. At CES 2021, AMD also announced that Ryzen 5000 CPUs will also be coming to laptops, which will only increase its footprint with consumers.

All of this makes AMD Ryzen 5000 Series processors the fastest in the world for gamers and creators alike. Click here to learn more about "Zen 3."

Based on the company’s new Zen 3 architecture, AMD says these new Ryzen 5000 chips will offer some of the biggest performance leaps from a Ryzen chip to date. This includes battery life that can last up to 17.5 hours and a general bump in speed and efficiency. But what really has people excited is the potential for gaming that these new chips have. Recent testing from the likes of Gizmodo shows that these new CPUs are leading to some pretty significant gains when it comes to synthetic benchmarks like geekbench and real-world benchmarks, like how many frames per second a game can run at specific graphical settings.

Where Does Intel Go From Here?

With the ascension of AMD and its Ryzen CPU, does this mean Intel’s time is over and they’re about to collapse and fade into obscurity? Not quite.

“It’s a tough position, but I’m optimistic about their prospects. When you’re king of the market and your share has nowhere to go but south, you tend to get hammered by investors and the press,” Huang says. “I think Intel is getting a little of that, even if they have the lion’s share of the market.

“There’s just a lot of share that AMD would have to gain to eclipse Intel in the near team, and I would suspect even in the long term.”

Furthermore, Intel is prepping the release of its 12th-generation “Alder Lake” Core CPUs which the company believes will deliver the technical breakthroughs that have been eluding the company as of late.

But regardless, this is not a position that intel wants to find itself in. Especially when you factor in Apple, which is now developing their own ARM-based laptop CPUs which are outperforming every comparable piece of silicon.

“Intel is still obviously king if we’re talking about PC CPUs, but as we rattle down what their competitors are doing, you start to see where people are chipping away at the armor,” Huang says. “Their share has been declining, and their competitor’s stories are definitely a lot stronger.”

While Apple might not be a threat in terms of market share, they are a threat in terms of reputation. In other words, if Apple can build a chip from a design that is typically used for smartphones and create a laptop CPU on its first try that thoroughly bests the competition, what does that say about Intel?

“I expect Intel to hold onto a dominant share of the market, but I expect them to concede a lot of the high-end market to intel and even Apple,” Huang says.

While the answer to these uncertainties will play out in the coming years, what is certain is that for the first time in a long time, you will have options when it comes to the CPU which powers your next laptop or desktop. And that will be great for you because you can be guaranteed these companies will be pulling out all the stops in order to claim superiority in the CPU space.

The Best Small Laptops You Can Buy in 2021