I got a first-generation Apple Pencil several years ago to use with my then 10.5-inch iPad Pro but neglected to consistently use it. When I fetched it from my drawer earlier this year, I found it dead in the water after many attempts to recharge it.

Nothing I tried doing worked, so I finally caved and explored other options. That’s when I came upon an awesome deal on an Apple Pencil alternative that I couldn’t pass up. I’ve been using the Jamjake Stylus Pen for the past four months. Continue on for my full Jamjake Stylus Pen review. 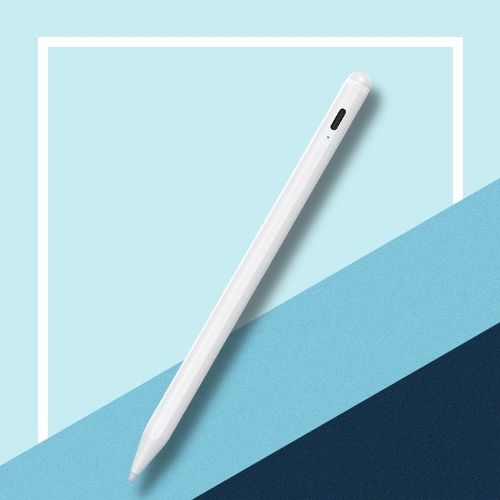 With a bit of charge out of the box, I was able to quickly set up the Jamjake Stylus Pen in under one minute with my iPad Air (3rd Generation). I was actually surprised that I didn’t have to do anything at all beyond turning it on by just tapping the end of the pen — indicated by the blue LED light. Once I did that, it was ready to go. It’s actually quicker to set up than the Apple Pencil.

There’s nothing fancy with the matte plastic construction of the Jamjake Stylus Pen. It’s lightweight, but it could benefit from being a little more top-heavy like the Apple Pencil. That’s because the top-heavy feel of the Apple Pencil made for a smoother writing experience. I suppose it’s not a deal-breaker because it still feels comfortable to use. There’s even a magnetic connection that allows it to rest on the side of my iPad Air. 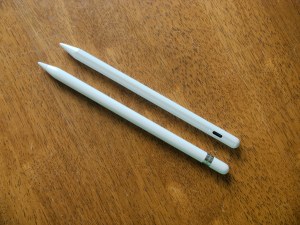 Accuracy: Great, But No Pressure Sensitivity

I’ll be honest, I bought the Jamjake Stylus Pen mainly for a mobile game I play. I found it offered better precision and accuracy when picking out targets, instead of using my fingers to do all of the work. I really enjoyed that it features palm-rejection technology, so it didn’t interfere whenever I held the iPad with one hand and rested my palm on the display while using the Jamjake Stylus Pen. 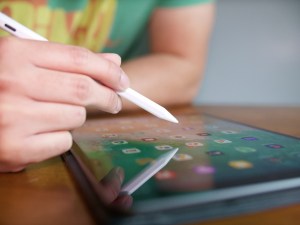 The stylus was great for scrolling through websites and using all the same Scribble features I was used to with the Apple Pencil. However, you should know that it does not offer the same pressure sensitivity as the Apple Pencil. No matter how much or little pressure you apply, the results won’t change.

This is an issue that will affect doodlers or artists that require pinpoint sensitivity to produce strong or soft strokes. If you intend on using it for art, the Jamjake Stylus Pen isn’t for you.

I never liked the Lightning cable charging process with the original Apple Pen. I often felt that sticking it into my iPad Air’s lightning port was a recipe for disaster, which is why I prefer the integrated USB-C charging port with the Jamjake Stylus Pen. 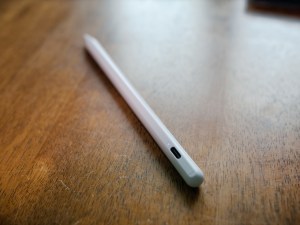 I’ve only had to recharge it once since getting it, but it’s rated for 20 hours of battery life with continuous use — or 365 days standby time. So far, I’ve been content with what I’ve been able to achieve. At least it’s not something that requires nightly charging. Plus, I appreciate that it automatically turns itself off after five minutes of inactivity when I forget to do it manually.

After working through my Jamjake Stylus Pen review, I’m fairly satisfied with the stylus. If you don’t require pressure sensitivity and need a simple writing tool for your iPad, the Jamjake Stylus Pen is a decent alternative to the pricier Apple Pencil.

You bet. Its ultra-affordable cost and ease of use make it an impulse buy, especially when it costs nearly 80% less than the Apple Pencil.

Surprisingly, it feels well-constructed despite its lightweight feel, so it assures me that it’ll hold up for a long time. Jamjake offers an 18-month warranty with the purchase, however.

Given that it’s incredibly affordable to begin with, it’s really tough to find alternatives that could match the Jamjake’s value. Here are two we think closely match the Jamjake Stylus Pen.

Depending on how it’s tilted for drawing or writing, the MKQ Active Pencil can actually produce three different thickness levels. 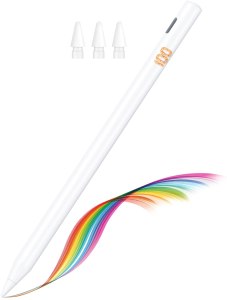 With a much lower price point, the Pony Stylus Pen is a passive stylus that works on any capacitive screen. In other words, this stylus doesn’t need a battery in order for it to work. 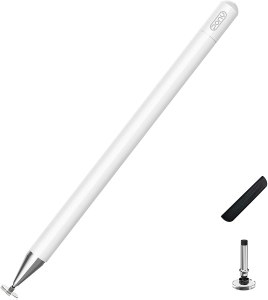