The Lenovo ThinkPad series has been a longtime favorite of on-the-go workers, largely thanks to its versatility and powerful hardware inside a slim form factor. The two latest additions to the lineup maintain this pattern with the new ThinkPad X13 and X13 Yoga Gen 3 and the new ThinkPad L series laptops.

At the core of Lenovo’s design philosophy is a focus on hybrid working and the elements that make it possible, such as high-quality Wi-Fi, clear cameras and long battery life.

The Thinkpad X13 and X13 Yoga, as well as the ThinkPad L13, L13 Yoga, L14, and L15 models, all maintain this design philosophy but now use up to 90 percent recycled and sustainable materials. They’ve all earned an Energy Star certification thanks to their lack of environmental impact, but this also means you’re getting better battery life.

The new models also include Dolby Voice for better video conferencing — or just for viewing your favorite content — and automatic sound leveling to balance out background sounds so you can better hear your colleagues. There are also optional FHD IR cameras with a shutter for guaranteed privacy.

The new ThinkPad models also include 4G LTE options for faster connections, a first for the L13 and L13 Yoga models. The ThinkPad X13 Gen 3 is available with optional 5G connection options, and Wi-Fi 6E is an optional feature also available to all models.

Additionally, there is a new, 15 percent larger TrackPad for better usability. These are new across the board, but some models have specific features that others don’t.

The ThinkPad X13 Gen 3 has two battery options. The first is 41Wh, while the second is 54.7Wh with up to 40 percent additional battery life compared to the lower-end version. 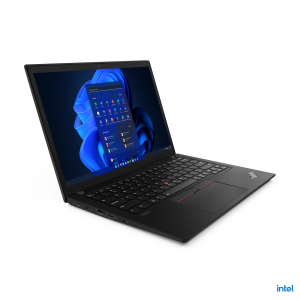 The Thinkpad L14 and L15 Gen 3 models come in a new Thunder Black color but have smaller bezels and a larger screen-to-body ratio. They’re lighter than before and include three battery options: 42Wh, 57Wh and 63Wh. 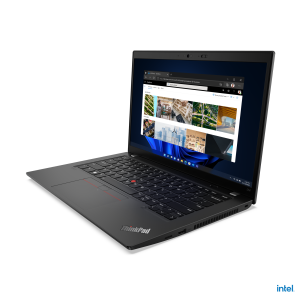 Finally, the Thinkpad L13 Yoga and L13 Gen 3 are available in the new Thunder Black color as well as a new Storm Grey color. Lenovo redesigned them to provide a 16:10 aspect ratio and offer an optional 500nit 13.3-inch display with PrivacyGuard for better security in public areas. 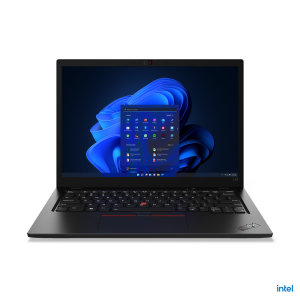