PC Gaming can feel overwhelming. I remember a failed attempt to get into PC building as a teenager, begging my dad to get me a high-end graphics card so I could play World of Warcraft… only to get the card and realize we didn’t have enough RAM or a good enough display to really make the card worth the purchase. Not to mention, we were totally at a loss for a long time as to how to install the card in the first place.

In short: if you haven’t done your research effectively, trying to build a gaming PC is a lot like diving into the ocean without really knowing how to swim. Fortunately, that’s where pre-built gaming laptops can come into play, and few are better than Lenovo’s Legion line. The latest refresh is out, and after spending some time with the Legion 5i, I can confidently say it’s a powerhouse system that won’t break your budget.

Newly refreshed for 2020, Lenovo has packed the 5i with lots of new changes that put other laptops to shame. As is typical for these kinds of refreshes, performance is getting a considerable upgrade thanks to the brand new NVIDA GeForce GTX Ti graphics card and Intel’s 10th generation Core H-series processor, both of which provide top-notch graphics quality (more on that in a bit). But the changes extend to the outside of the machine too, a relocated web camera makes it easy for those interesting in broadcasting game streams, while a revamped gaming keyboard just feels good to the touch in the heat of a game.

Starting at just $999, the Lenovo Legion 5i is a seriously impressive gaming laptop. 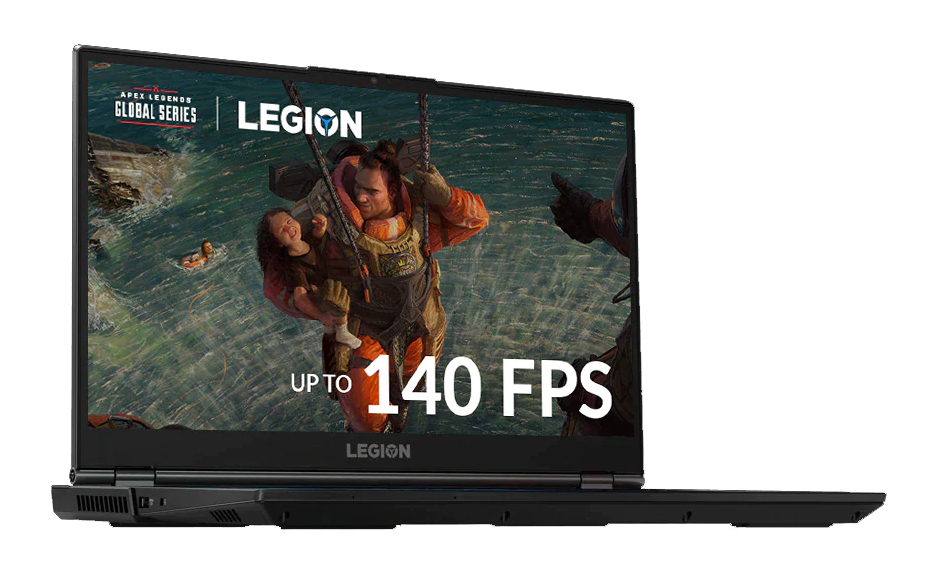 What I Loved About the Legion 5i

Speaking of in-game, the performance on the Legion 5i is staggering. Most games I tested — including Call of Duty Modern Warfare‘s Warzone, Fortnite, Valorant, Sea of Thieves, and Apex Legends — performed flawlessly with Ultra graphics settings. Call of Duty‘s Warzone mode gave me the high-fidelity picture I needed to suss out enemy squads with ease (making my shots effectively is a different story, however), character skins in Fortnite took on a quality that’s lost when gaming on a console, the water in Sea of Thieves looked almost like the real thing. The real standout was when I loaded up Gears of War 5 through Xbox’s Game Pass; the third act of the game features a desert level wherein it felt like I could almost see the individual grains of sand.

And while everything looked incredible on the computer’s 120Hz display, plugging it into my 4K television was something akin to a spiritual experience. Plus, Windows makes it incredibly easy to connect an Xbox controller, so I just kicked back and played the Legion like it was my Xbox One. Running audio programs like Discord along with games in Ultra mode doesn’t slow down the Legion one bit, easily capable of multitasking at high-usage.

What We Didn’t Love About the Legion 5i Gaming Laptop

There are some trade-offs for this power. While the web camera is stated to provide a 720 output, I found it to be a little more blurry than I’d prefer for a live-stream. It’s decent enough to get started, but dedicated streamers will probably still want to opt for a separate web camera. While the unit is slimmer than it’s ever been before, it’s still a little hefty to carry at a little over 5 pounds. Of course, it needs to be heavy to support all the graphical power but it was a slight adjustment after carrying around my (very light) work laptop around. And while the Legion’s ColdFront 2.0 cooling tech helps cut down on the roar of the unit, pushing the graphical fidelity pretty hard can still cause a lot of noise. However, that’s mitigated with a good gaming headset and the unit’s built-in Dolby Atmos sound system.

The battery isn’t as bad as you’d anticipate either. While leaving it unpulled and running in Ultra gives the laptop about an hour of battery life, the patented Rapid Charge Pro technology can give you 50% power back from a 30-minute charge. Again, I was frequently pushing the high end of the performance, so scaling that back will provide more battery life if you need it.

All-in-all, I was quite taken with the Legion 5i and its ability to provide a truly stunning gaming experience from top to bottom. If you’re looking to jump into PC gaming and want a portable option that’s immensely powerful without totally busting your budget, look no further. It’s certainly the gaming laptop I wish I’d had all those years ago when I was first considering PC gaming, providing an elegant solution with no hassle. 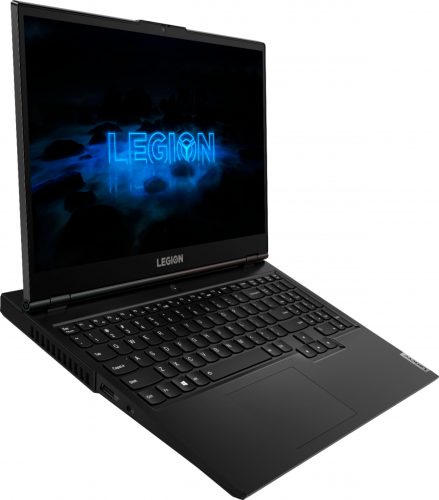