For as much as we love small laptops, sometimes you really want to go big or go home. However, the trouble with larger displays on a laptop is that in going supersized, you’re also adding considerable weight to the overall package. But with the move towards superlight laptops becoming more affordable than in previous years, now is the time to consider investing in one — and LG’s Gram laptop is among the best we’ve tested.

LG Gram 16 Laptop: What We Liked

LG was kind enough to send SPY the 16″ version of the 2021 Gram model. Upon opening the packaging, you’ll truly be shocked at how light the Gram is, considering how big it also is. Sure, first impressions aren’t everything, but I’ll be damned if I wasn’t truly blown away by the one the Gram puts forward here. Slightly under 3 pounds, you can easily carry it in one hand; the keyboard has a fantastic feel to it, and the massive (by laptop standards anyway) display is vivid and full of life. Oh, and the battery lasts a staggeringly impressive day on a full charge. But the weight is the factor I keep coming back to; on a recent trip to NYC, I forgot I had it in my backpack, as the heft of my other devices (mainly my Nintendo Switch) were more apparent than the Gram.

Part of these improved features is due to the 2021 refresh, which boasts a new, 11th Gen Intel Core i7 quad-core processor, as well as 16 GB of RAM. The Gram boots up in seconds, and with the included touch sign-in, you can actually get to your desktop much faster too. The Gram has all the key ports you’ll need, including a Thunderbolt 4 port, one USB-C 4 port, a headphone jack, an HDMI port, two USB Type-A ports, and a microSD card slot as well. The rest of the body is a pretty streamlined design, with its magnesium alloy body. The resulting look helps give an overall minimalist bend to the Gram, which feels fitting considering its focus on being lean and mean. 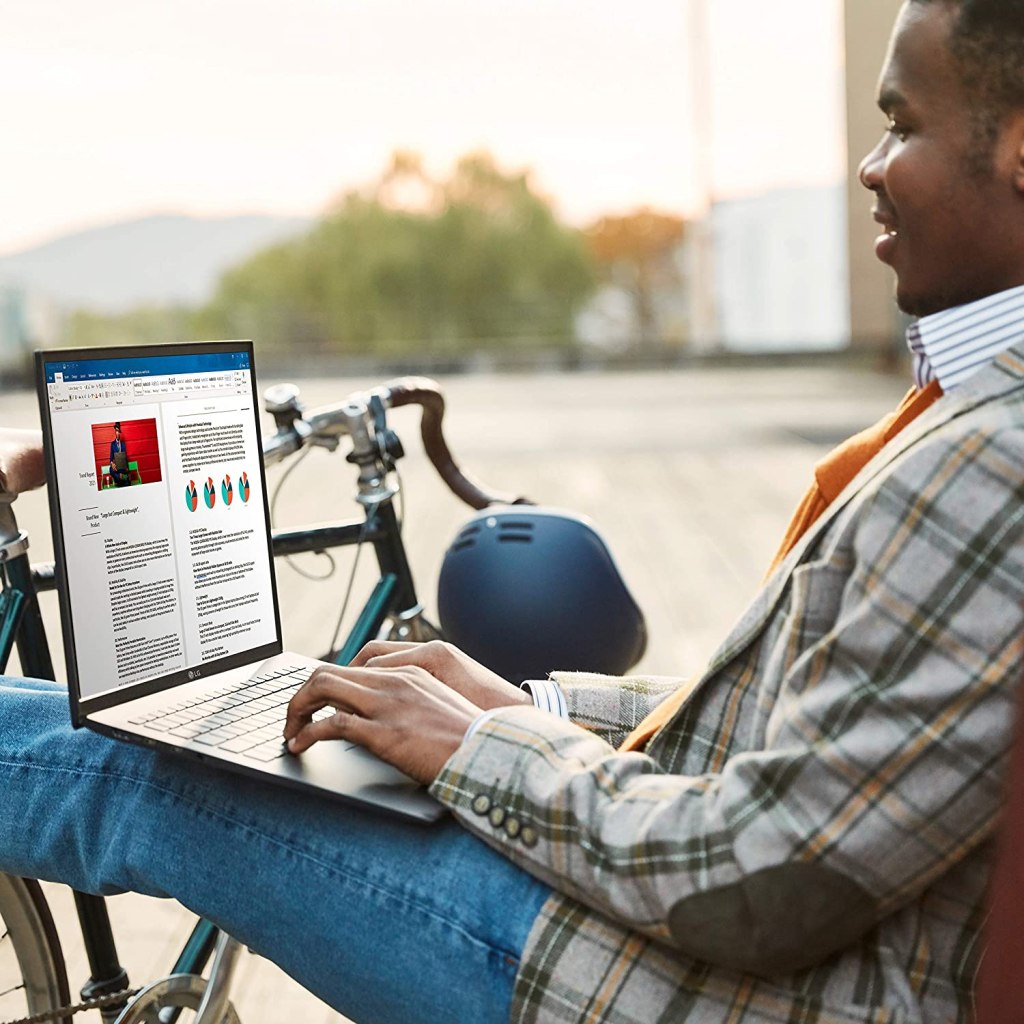 Using the Gram for extended work sessions is a fantastic user experience. I was able to keep several browser tabs open at once while running Spotify, Slack, and a handful of other work programs. Running videos on the Gram was also a seamless experience that looks fantastic with that large and vivid display. Hell, I was also able to run Fortnite on the Gram; the graphical fidelity is equivalent to what you’d get playing the game on the Nintendo Switch, but it’s nice to know that’s an option if I absolutely wanted to get a round or two in and didn’t have access to any other device save for the Gram.

The biggest holdup with the Gram is its price. The 16″ model clocks in around $1,400, while the 17″ goes up to about $1,900. For some, that price will be a nonstarter. However, given how light, powerful, and great-looking the Gram is, it’s well worth that investment for a laptop so light you’ll forget you’re carrying it. Additionally, the keyboard itself may take some time to get used to, as the inclusion of a 10-key keypad causes you to slightly move your hands over. It’s not a dealbreaker by any imagination but is slightly awkward.

The Verdict: The LG Gram 16 Is a Game-Changing Laptop

If you can stomach the price, the LG Gram is a true game-changer. Between its absurdly impressive battery life, staggering weight and impressive display, it’s a laptop that feels like a massive leap forward, especially for those who want a lightweight notebook that doesn’t forget the importance of a good display too. For many day-to-day laptop users, it’s likely to be a godsend. 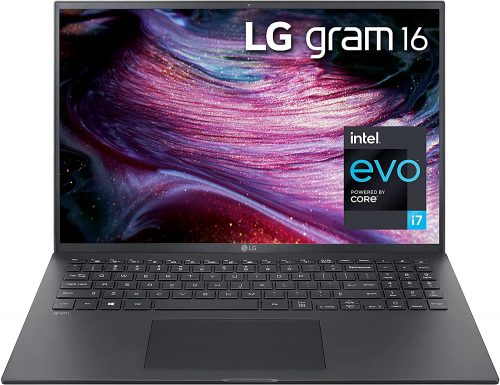