Tuesday, January 18 may well be remembered as one of the biggest moments in the history of the gaming industry. That probably sounds like hyperbole, but yesterday Microsoft announced that it was buying game maker Activision Blizzard for almost $70 billion. Activision Blizzard is the company behind blockbuster games such as Call of Duty, Crash Bandicoot, World of Warcraft, Overwatch, and, of course, Candy Crush.

In a statement, Microsoft said that the sale would “provide building blocks for the metaverse”.

“Gaming is the most dynamic and exciting category in entertainment across all platforms today and will play a key role in the development of metaverse platforms,” said Microsoft chairman and CEO Satya Nadella when announcing the deal. “We’re investing deeply in world-class content, community and the cloud to usher in a new era of gaming that puts players and creators first and makes gaming safe, inclusive and accessible to all.”

Investing in the metaverse is the kind of phrase that sounds great in a press release, but what does it actually mean for gamers?

The deal is impressive, surprising, and a little bit unsettling too. It’s kind of a mess, to be honest, and it could mean a lot of different things to different people, so let’s talk about it.

A Lot of Money for a Lot of Problems

Bobby Kotick, who has been the head of the company for a few years now, has been accused of egregious misbehavior like threatening to have one of his assistants killed via voice mail and firing people for bringing up allegations of sexual assault. In July 2021, California’s Department of Fair Employment and Housing (DFEH) accused the company of fostering a frat-like culture that subjected female employees to constant harassment. The DFEH then accused the company of destroying evidence and interfering with the investigation, as reported by Axios.

NEW: Amendments have been made to the Activision Blizzard lawsuit, which now includes references to contract workers and claims HR shredded documents related to investigations and complaints https://t.co/wX4oCDojKp pic.twitter.com/fBFa5Qo9LM

All of this reportedly led to Phil Spencer, the head of Xbox, sending out an internal email condemning the behavior and promising to “[evaluate] all aspects of our relationship with Activision Blizzard and making ongoing proactive adjustments.”

For all these reasons, critics of Activision Blizzard were surprised that Microsoft would be buying the company for substantially more than it’s worth. Could all this mean that Kotick will soon be leaving Activision Blizzard? Even if he were to leave, it’s not like the potential payout of $375.3 million he would receive is exactly a punishment.

A press release announcing the deal did mention Kotick by name, though it didn’t address Activision Blizzard’s recent troubles explicitly (hardly surprising for a press release).

“Bobby Kotick will continue to serve as CEO of Activision Blizzard, and he and his team will maintain their focus on driving efforts to further strengthen the company’s culture and accelerate business growth. Once the deal closes, the Activision Blizzard business will report to Phil Spencer, CEO, Microsoft Gaming.”

Reasons the Activision Blizzard-Microsoft Deal Could Be Great for Gamers

Aside from the issues with the company, the acquisition itself could actually be great for billions of gamers. The deal would give Microsoft yet more first-party studios. The company acquired Bethesda last year and has been picking up studios incredibly quickly over the last few years, most likely as the fastest way to combat Sony’s first-party offerings.

In addition, Microsoft said that popular Activision Blizzard games would be added to Xbox Game Pass, and there could be a lot of upside for players.

“Gamers will likely have access to a lot more titles via Game Pass, which may drive up the cost of the service but will also [create] much more value from said subscription,” Sag said. “I’ve seen a lot of people refer to this as the Netflix of games before Netflix gets into games. Ultimately, Microsoft wants to drive cloud utilization with Game Pass by increasing the subscriber base and driving that scale into profit like it has with its Enterprise Azure Cloud. In the end, Microsoft has the most mature and comprehensive cloud gaming service as well and I expect that will only get bigger and more successful with the addition of Activision Blizzard.”

In addition, the deal might push Activision Blizzard to look beyond Call of Duty, with games like Spyro getting more attention. Gamers should, at least in the short term, benefit from this. It’s also further proof that the gaming industry is moving beyond console-based gaming.

“Microsoft wants to turn gaming into a service and to make the hardware you choose to play it on less relevant,” Anshel Sag, principal analyst with Moor Insights & Strategy, told SPY. “Xbox Game Pass should run on any phone, any tablet and any PC regardless of its actual capabilities, and if you want to scale the quality of your experience, you can do that with better hardware. We saw this happen with the Unification of Xbox and PC exclusives and I expect that will only grow more into mobile and other form factors.” 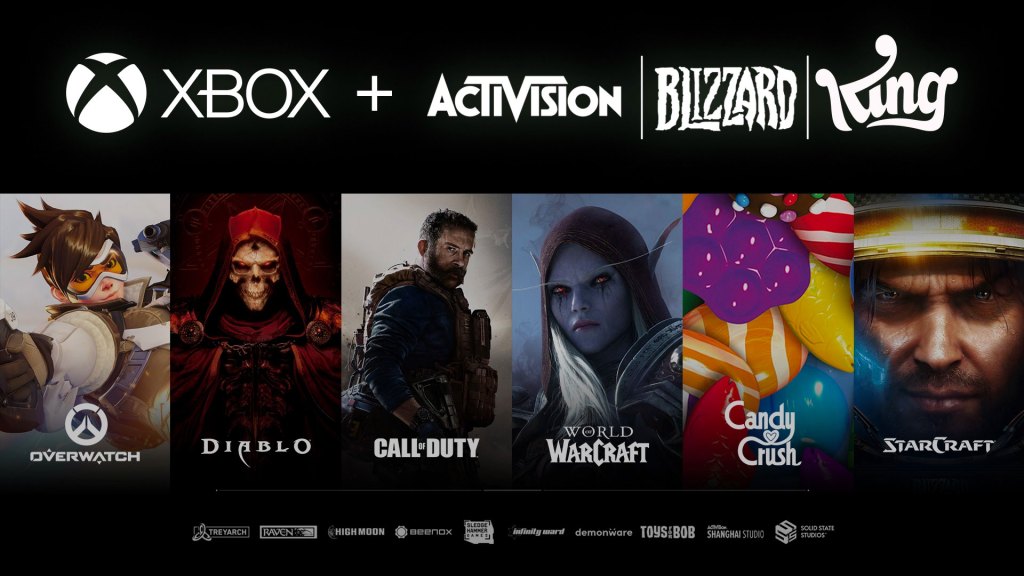 Reasons This Deal Could Be Bad for Gamers

The cons, however, aside from the hit to Sony’s stock value, and the logical exclusion of the PS5 from future Activision Blizzard products, or at least some of them, are likely to be a ways off. While Microsoft is undoubtedly the current lord of consumer confidence, it wasn’t too long ago that they were massively unpopular among gamers.

If Microsoft continues to flex its financial prowess, then this is unlikely to be the last acquisition they make, and that means even fewer big players in the gaming industry. Not only that, but it could also lead to Sony attempting to buy more studios too. The end result is a market that’s even more dominated by a handful of companies. If huge studios like Activision Blizzard and Bethesda can be bought up, seemingly out of nowhere, then the gaming landscape can change in an instant.

The long-term effects of this are very hard to predict, but the darkest possible future is decidedly anti-consumer. If console manufacturers aren’t content with their current roster of exclusive studios, then they can simply increase them by flexing their wallets a bit, and the ecosystems could become even more separate. While fans on either side may view this as a win, it’s definitely a loss for anyone who can’t afford to stay up to date with both consoles.