Tablets are wonderful because they’re super lightweight and perfect for travel, but they lack the productivity that laptops provide to get work done. That’s why you should probably look at a hybrid laptop, something that’s a slate tablet but can quickly transform into a versatile notebook with an add-on keyboard. The Microsoft Surface Pro 7 is just that, and for a limited time, its price has been reduced by 40% at Walmart. This deal is perfect for college students strapped on cash who don’t want to compromise on performance.

Originally priced at $999.99, Walmart’s deal brings the Microsoft Pro 7 down to a more modest price of $599 plus tax. That’s cheaper than the latest Apple iPad Pro, and at the same time, offers far more utility because it’s a full-blown laptop that’s ready to run all of today’s software. For students, this means access to the full suite of Microsoft Office apps — as well as any software they’ll need for their classes. Taking $400 off its regular price is pretty sweet for college students, just because they can spend that money on other things. 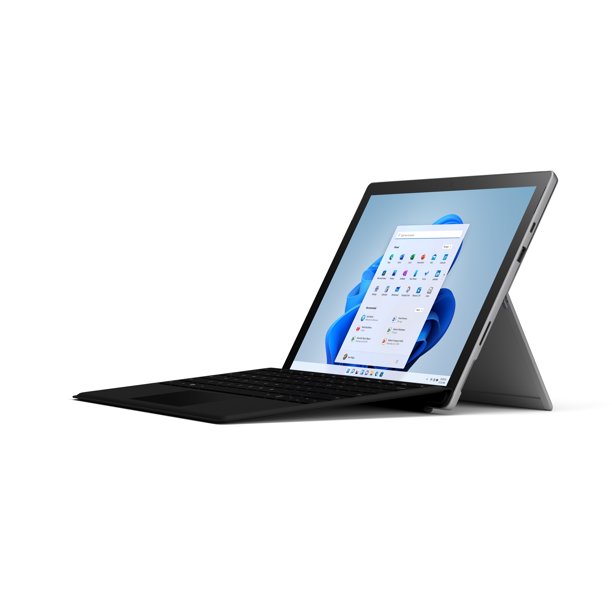 If you’re curious about its specs, they’re actually not too shabby for the price. At the very least, you’re getting a device with an Intel i3 processor with 128GB of storage.

Sweetening the deal even more, is that it’s also packaged with the Type Cover, a keyboard attachment for the Microsoft Surface Pro 7. This has been typically an optional accessory priced at $129.99, so the fact that it comes included in this deal makes it even sweeter. That’s yet more savings back to you for other things. If you don’t fancy typing with the on-screen keyboard, then the Type Cover will be a tremendous help because it offers the tactility you’re familiar with on a keyboard.