When it comes to shooting with a mirrorless camera, you have to keep in mind what kind of photography you want to do. Some cameras work better for more professional-looking flicks, while other choices are excellent for photo novices that want to see what the mirrorless life is like. Though, you might be wondering yourself, what even is a mirrorless camera?

What is a Mirrorless Camera?

For those who’ve been shooting with a DSLR their entire life, you’ve been shooting with a mirrored camera this whole time. That means there’s a mirror crammed into the bulky fixture that is your DSLR and it works to bounce light into the optical viewfinder so you can clearly visualize what you’re shooting through the lens. Mirrorless cameras, on the other hand, are quite literally mirrorless. This means that, unlike a DSLR, there’s no optical viewfinder at all and the image sensor is exposed to the light of the world at all times. Because of this, a mirrorless camera has the ability to show the photographer a digital preview onscreen or inside the electronic viewfinder, which is something DSLRs don’t have the ability to do.

Why Should I Own a Mirrorless Camera?

The mirrorless design within the mirrorless camera results in a less bulky design since there’s no mirror crammed inside. This means that in comparison to a DSLR, the body of the camera is a lot lighter. Though, we can’t say the same for the lens. If you already own a few lenses, you’ll know damn well just how heavy some can be.

Mirrorless cameras aside from being lightweight and mirrorless are also technologically innovative with a majority of current models including intense image stabilization (like the 7.5 stops on the all-new Olympus OM-D E-M1 Mark III) and 12fps continuous shooting (on the Nikon Z6).

Whether you’re a beginner or a longtime photo expert ready to get your hands on a new toy, we’ve gathered together some of our favorite mirrorless cameras that are well worth the buy in 2021. Read on and discover which one’s best for you.

Camera geeks will know a good camera never really comes cheap, and that’s exactly the shtick with the Nikon Z5. Coming in at the mid-thousands range for just the body, this camera is decently pricy. But, it’s also one of the top-notch mirrorless cameras on the market. This full-frame, hi-res bad boy is built to shoot with some intense quality. It’s got a resolution of 24 MP, impeccable lowlight capabilities, unmatched autofocus performance and makes one of the best mirrorless cameras for both picture and video. Speaking of video, if you’re a self-proclaimed YouTube sensation and plan on using this mirrorless camera for shooting video, note that it can shoot 4K UHD video at 30p, aka, almost as high quality as it gets. 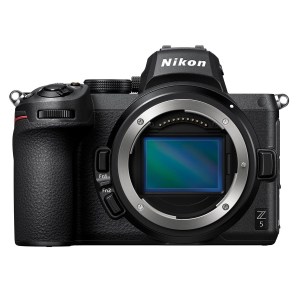 If aesthetics are at the forefront when you’re looking for a new mirrorless camera to buy, look no further than the Fujifilm X-T4. This 35mm lookalike is a small-sized mirrorless with 26.1MP and a 3-inch tilting touchscreen for easier, clearer shooting. It has a continuous shooting speed of 15fps with a mechanical shutter, 4K video at 60 fps, HD recording up to 240 fps and sensitivity from ISO 160-12800. The autofocus is super accurate even in overly bright situations, which is always a plus. We recommend this mirrorless camera for people who like to shoot stills (specifically for you landscape-types out there) but for people that also dabble with video. It’s on the lower side of pricing, so we recommend this for both novices and pros alike for its capabilities and cool exterior. 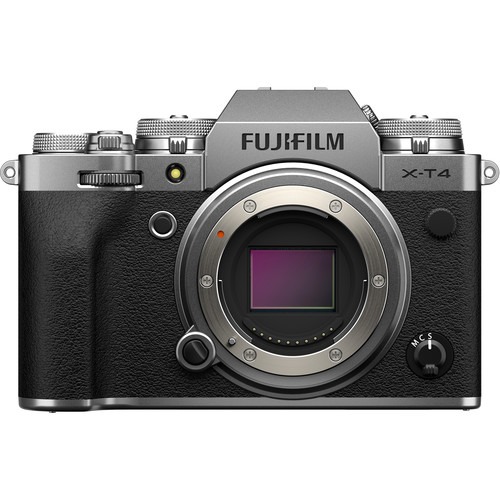 Although she’s around five years old, the long-loved Sony Alpha A6100 had a recent upgrade that brought her properly into last year. With a new APS-C sensor matching that of Sony’s other mirrorless cameras and a brand new autofocus system that has total accuracy, the Sony Alpha A6100 is built better than it ever was. The camera has a resolution of 24.2MP which is pretty good and image quality is normally quite decent. The monitor angles out a little like our previous choice for easier shots at lower angles and the viewfinder itself is jam-packed with 1.44 million dots. We suggest this camera for beginners because of its affordable price, lightweight properties and the fact that it has a lower resolution LCD and EVF. 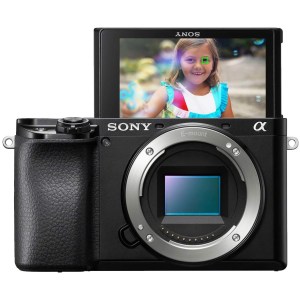 Sony Alpha A6100 Body from Adorama

As the most-affordable full-frame camera (that’s worth it, at least) on the planet, the Canon EOS RP doesn’t mess around. For just $1,000 (for the body by itself), this mirrorless camera offers not only a full-frame sensor but a 5fps continuous shooting speed, a 3-inch angled touch screen, an accurate as hell 5,655-point autofocus and 4k video. Mirrorless full-frame alternatives tend to go for much, much more than this, so although it might not be the best full-frame mirrorless camera to exist, it certainly comes close due to its wildly low price point. We suggest this camera for people who take shooting seriously but aren’t ready to spend thousands upon thousands of dollars on a camera just yet. 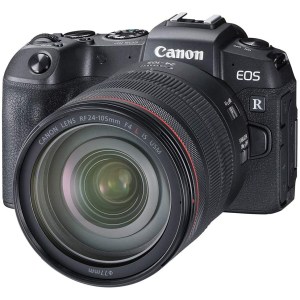 In 2021, the Sony Alpha 7C Full-Frame Mirrorless Camera is the one you need to know about. Never has there ever been a tinier, lighter full-frame mirrorless camera in existence before this tiny bad boy. The camera’s got 4K Movie3 which means stunning video day in and day out. Not only that, but it’s jam-packed with a slew of features including a 15-stop5 dynamic range, 14-bit uncompressed RAW and ISO6 50 to 204,800 — something that’s absolutely astronomical. If you’re shooting mirrorless on the go in 2021, this is the way you should be doing it. 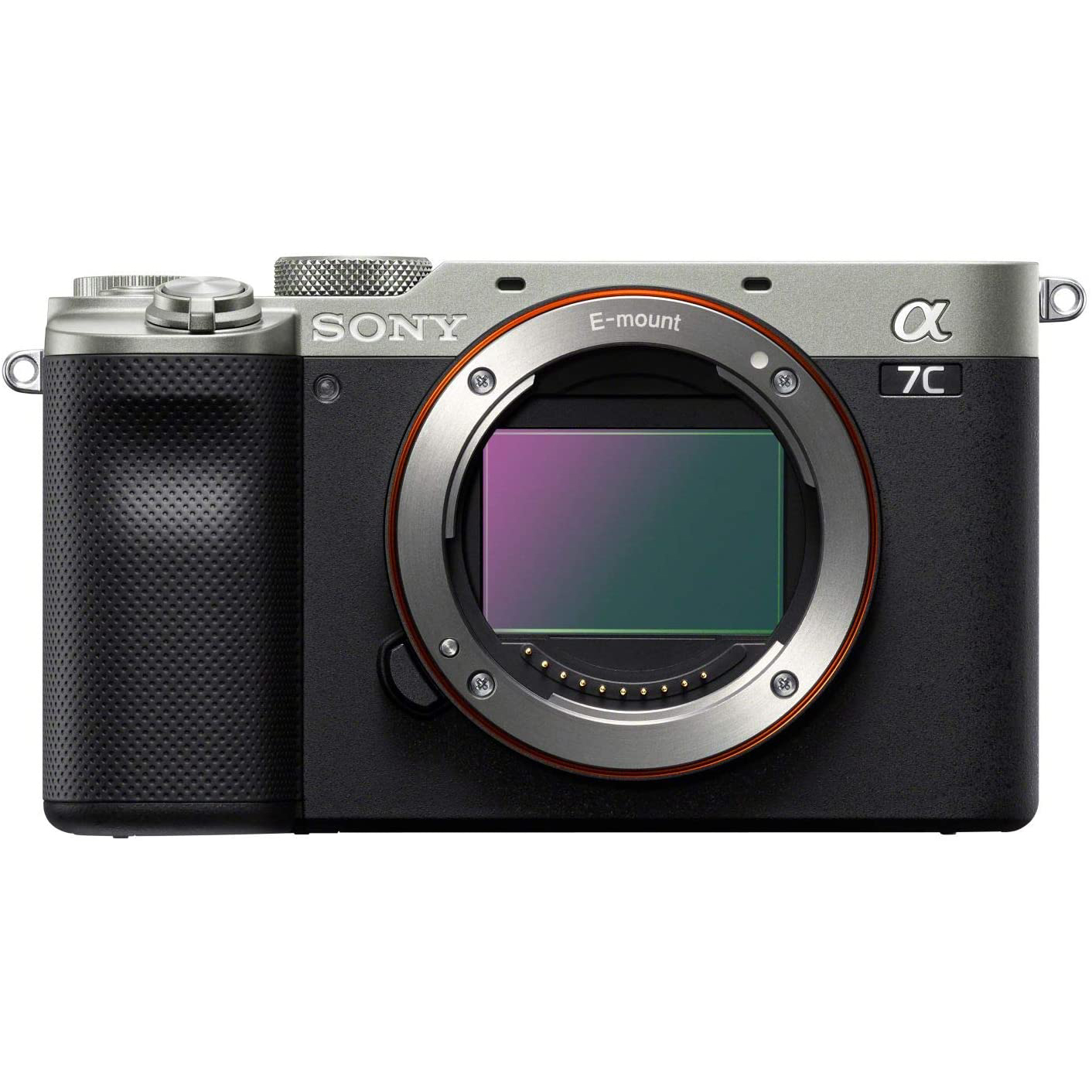 For a mirrorless camera, this thing is pretty affordable. While it might not necessarily be the most affordable mirrorless camera on the planet, we aren’t going to suggest you get some cheap knockoff that doesn’t even rate well on Amazon. If you’re looking for something affordable yet superb in the world of mirrorless cameras, stop looking. This is it. The Olympus OM-D E-M10 Mark IV is a high-performing mirrorless option that has some seriously advanced features, like high-quality image stabilization, a smaller than average size, an on-point autofocus system and built-in WiFi for easy file transportation even when you’re on the go. It’s compatible with hundreds of lenses, meaning it might even fit onto something you already have, too. 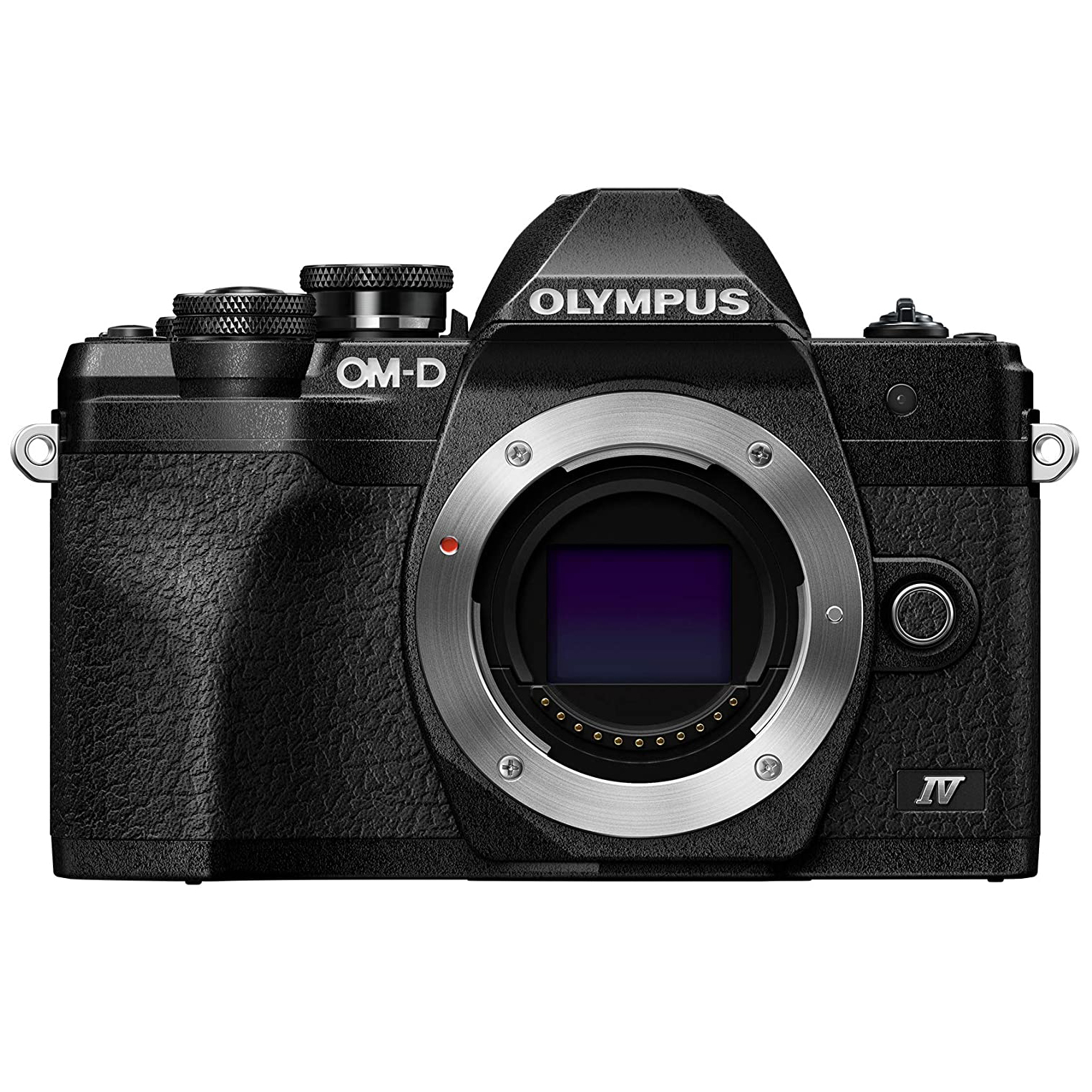 BEST FEATURES ON A MIRRORLESS CAMERA

Can you say features? Good, because the Panasonic Lumix G9 is packed full of ’em. To start off, this mirrorless camera has potentially the wildest amount of resolution you can get from a mirrorless camera by melting eight images into a sole 80MP photograph to ensure you’re getting the best quality possible per shot. Still using that tripod? Don’t. Shoot handheld for up to one whole second with the shutter open and this thing will still manage to pull out a sharp image, even if your hands are trembling slightly. Like the others, the Panasonic Lumix G9 has a 3-inch angled touch screen to make it easier to see when shooting at odd angles and can shoot 4k video at 60fps. We suggest this camera for somebody who cares about their lensed baby because although this ain’t the most expensive on our list, the number of features it has makes it just as great as any other mirrorless camera marked in the thousands. 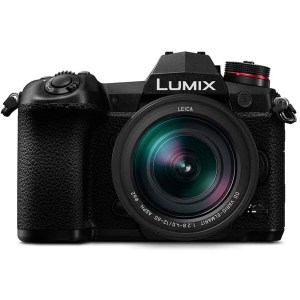 Let’s pretend money doesn’t exist for a second and stare at this beauty together and pretend we have it. Ahhhh, would be nice. This almost $10,000 mirrorless camera (yes, that’s four zeros) is the mirrorless camera of all mirrorless cameras. Not only is this thing an absolute monster in its size, but it has a massive 102MP resolution, a viewfinder with 5,760,000 dots and a savage hybrid autofocus that causes each shot to look beautifully and accurately crisp in its detail. Topped off with a maximum continuous shooting rate of 5fps and a 3.2-inch tilt display that moves in three different directions, this camera is in a world of its own. 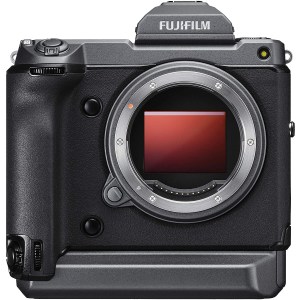 The Coolest Disposable Cameras For Snapping Your Favorite Mems

Some FAQs About the Best Mirrorless Cameras

What is a mirrorless camera?

Mirrorless cameras are literally mirrorless. This means that, unlike a DSLR, there's no optical viewfinder at all and the image sensor is exposed to the light of the world at all times. Because of this, a mirrorless camera has the ability to show the photographer a digital preview onscreen or inside the electronic viewfinder, which is something DSLRs don't have the ability to do.