MP3 players were one of the hottest items in the early 2000s. In fact, Rolling Stone calls the mp3 player one of the 24 inventions that changed music. But the popularity of these devices has severely waned in the last five years. That’s mostly due to the fact that smartphones now rule our music-listening worlds, but mp3 players still have their time and their place.

The majority of the mp3 market is made up of three consumer groups. First, children who aren’t yet old enough for a smartphone but love music. (Hint: If you’re shopping for a preteen, these mp3 players would make a great gift.) Second, older folks who don’t really want to deal with mixing their music and their smartphone or folks who hold thousands of tracks in their music library. Finally, people who benefit from working out with music in their ears but not their smartphone in their hands.

Whichever group you fit into, these are the five best mp3 players available on Amazon. From music players for runners to the last remaining iPod, pick one of these and give yourself a break from your smartphone.

The Mymahdi Sport Music Clip MP3 Players boasts a unique design that’s ideal for taking music with you wherever you go. The small size and lightweight design allow it to fit in pockets, clip onto clothing and sit comfortably on your wrist using the included clip and wristband. This versatility also makes the Mymahdi MP3 Player great for running, working out, commuting or just chilling out around the house. The device itself boasts 8GB of internal storage as well as a 1.5-inch touchscreen with impressive sensitivity. There’s also Bluetooth technology to allow you to use wireless headphones and speakers with no problems. 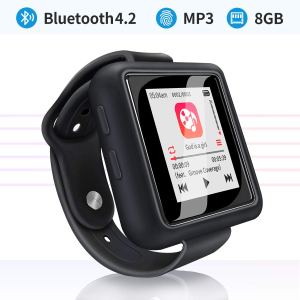 After Apple ditched the popular original iPod Nano design in search of something better, plenty of competitors took advantage of the gap in the market to create mp3 players sporting a user-friendly design with a hard-to-beat price point. The Soulcker MP3 Player is one of these options. It boasts over 450 five-star reviews from users on Amazon with an impressive 80% of users scoring it top marks. The device itself has 16GB of internal memory with a slot for expanding that up to 128GB. You’ll also find a range of handy “apps” on the device, including apps to support a radio, movies, photos, ebooks and more. The Soulcker features Bluetooth connectivity and a built-in pedometer for keen gym goers. 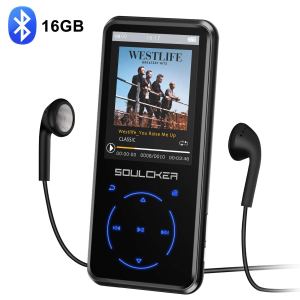 Rather than worrying about remembering both your headphones and device, why not invest in the Sony Walkman Headphone-Integrated NW-WS413 and kill two birds with a single stone? By combining the mp3 device into headphones, Sony offers a wearable player that’s also waterproof, dust proof, sweat resistant and more. Excitingly, the waterproofing means this mp3 can also be used for swimming in both salt and freshwater up to two meters deep. Plus, the battery provides up to 12 hours of playback time. 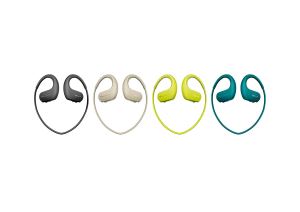 As we move into higher end mp3 devices, the biggest difference comes with both the build and sound quality of the devices. The Sony NW-A45/B Walkman delivers truly authentic sound and includes an S-Master HX digital amplifier for sound quality you can actually hear. In addition, the device sports 16GB of internal memory with a card slot to expand it, gives 45 hours of playback from a single charge and includes Bluetooth for easy connectivity. The sleek and stylish design of this mp3 player is available in a range of equally attractive colors. 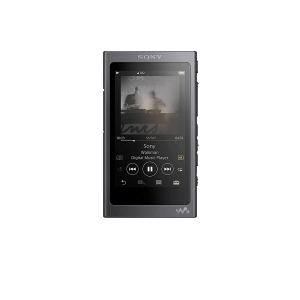 Hear us out, this isn’t the choice for everyone. That’s mostly because many readers will already have a remarkably similar looking device currently in their pockets or in their hands. But, the value of the Apple iPod Touch isn’t combining a phone and an mp3 player. This is about enjoying music and taking time away from your phone. Investing in the Apple iPod Touch allows you to have one device for your media and a phone for your day-to-day life. When you need to chill, put your phone to one side and enjoy the top-quality sounds and videos delivered from your entertainment-only device. This choice also gives you a way to save on phone memory when it comes to music and media. The Touch comes in a range of colors and in 32, 128 and 256GB memory sizes. 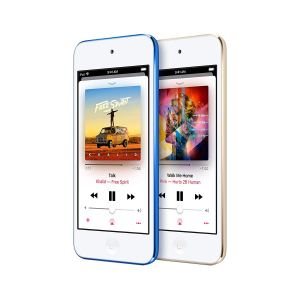