There were a few conspicuous absences from last month’s virtual “California Streaming” Apple event. While that event saw the launch of the new iPad, Apple Watch and iPhone, there wasn’t any word on new computers. That’s why it should come as no surprise that the star of today’s “Unleashed” event is the new MacBook Pro.

Mobile accessories like iPhones, AirPods and the Apple Watch have become Apple’s signature in the last decade and a half, but computers are what the company was built on. Fittingly, today’s event opened with a nostalgic nod to the iMac G3, that colorful, vaguely apple-shaped desktop computer that everyone born before Y2K probably has fond memories of. In addition to the laptop, new AirPods were announced, as well as new colors of the HomePod mini.

The MacBook Pro and Airpods can be ordered now and will ship next week, while the new colors of the HomePod Mini are shipping in November.

The new MacBook Pro is available in 14-inch or 16-inch models, so you can choose whether to prioritize portability or a bigger screen. The new MacBook doesn’t look very different from recent MacBooks, but as always, it’s what’s under the hood that counts. It’s available with either the M1 Pro or M1 Max chip, updating the M1 chip first released in 2020. This latest debut continues Apple’s shift away from Intel processors toward proprietary Apple processors. 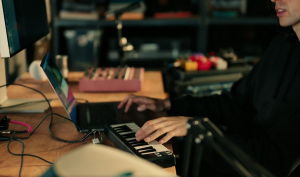 The new Pro has up to 13 times faster graphics performance and 3.7 times faster CPU performance in upgrades over the last MacBook. The laptop boasts up to 21 hours of battery life. And while Apple has a bit of a reputation for being stingy on ports, this MacBook Pro has enough connectors for most needs. There’s an SD card slot and three Thunderbolt 4 ports (which are technically different from but physically compatible with USB-C). There’s also an HDMI port, a headphone jack, and the MagSafe charging connector.

With the new MacBook Pro, you can pick and choose the size and computing power of the laptop. You can either go for 14-inch or 16-inch, and M1 Pro and M1 Max are available for either size. And of course, you can choose any color you want (as long as it’s gray).

The latest generation of Apple’s flagship wireless earbuds has new features that upgrade both convenience and audio quality. Spatial audio and adaptive EQ help create a more immersive listening experience, and the inset microphone reduces wind noise when you’re on a phone or video call. The AirPods have up to 6 hours of battery life on a single charge and up to 30 hours with the MagSafe case. 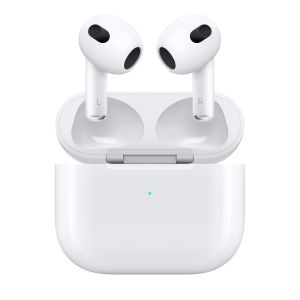 The Homepod Mini was first announced last year, and it’s the more compact and space-saving sibling of the Homepod smart speaker. The specs of the Homepod Mini haven’t been upgraded, although this latest version comes in a range of new colors. There are white and space gray and more exciting options like yellow, orange, and blue. 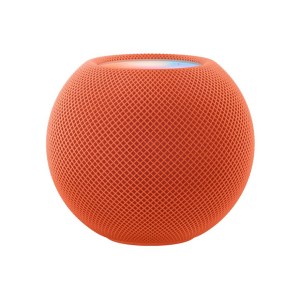