This adorable Darth Vader phone charger is a portable battery pack and charger that uses the force – of its 5200 mAhr lithium ion batteries – to give your smartphone or other 5V devices a boost.

The charger comes with a USB output and an included Apple Lightning connector for iPhone 7, iPhone 6/ 6+ and iPad compatibility. The Sith Lord also powers up things like GPS receivers (handy for finding that hidden Rebel base on Endor), digital cameras and action cameras. 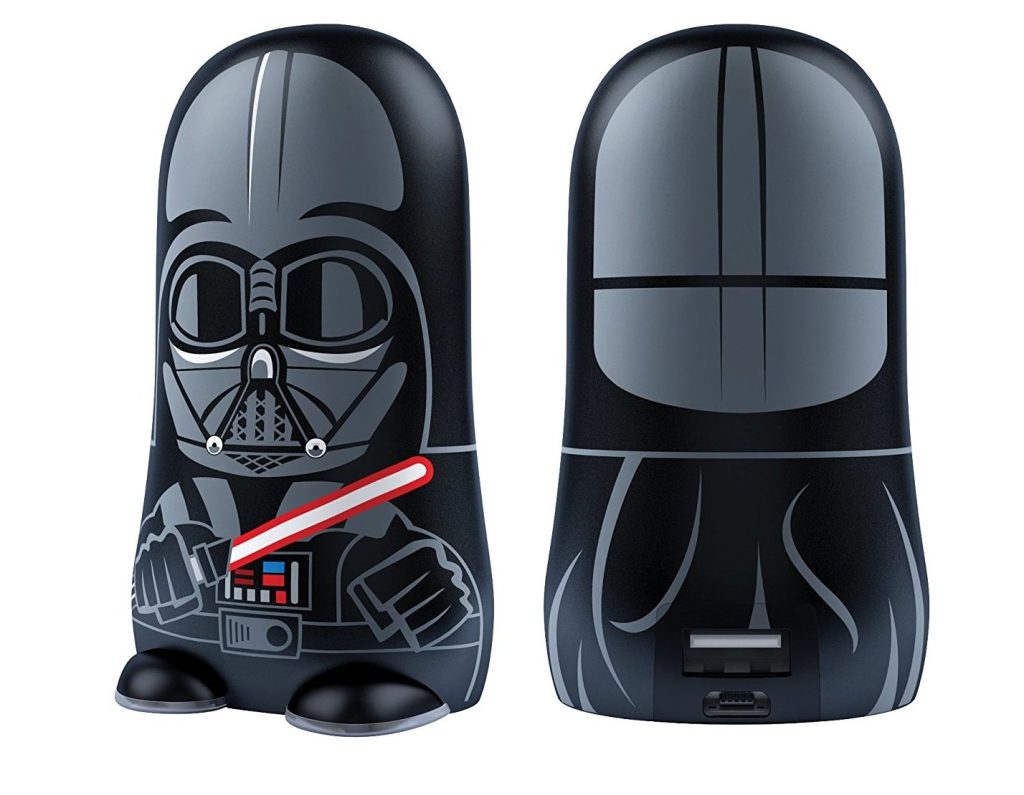 Keep your GoPro charged up on the way to the beach or the show; the Star Wars-themed design means this portable phone charger is easier to keep track of and less likely to slip between couch cushions or between the car seat and the floor, where a great many portable chargers seem to end up, at least in this writer’s experience.

It comes with a handy carrying case, too, and its tidy dimensions mean the Darth Vader phone charger is easy to take with you, to give some extra charging time for your iPhone, GoPro or Droid (Yes, those were the droids you were looking for).

When plugged in to a 120V wall socket, Darth Vader will power up completely in about 3-4 hours, giving you plenty of extra “force” to power up portable gaming devices and more. Plus, having an extra charger to take with you in the car helps cut down on fighting over the car’s electrical outlets and so, ironically in this instance, Darth Vader can potentially help you make some peace.