Even the best routers cover a finite range inside of the home, often leaving out some outlying areas that are farther away. Luckily, you won’t have to deal with any dead zones in your home with Amazon’s deals on Eero WiFi 6 Mesh Routers. In fact, you can save up to 35% off for a limited time, which is hard to fathom given that Prime Day is less than a few weeks away. Even though there’s a lot of excitement around the best Prime Day TV deals, as well as some Prime Day tech deals, you can’t forget how critical it is to have a router to connect all of them together. 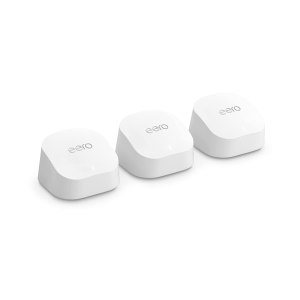 Why These Eero WiFi 6 Routers Are Great Deals

What We Love About These Eero Routers

Without question, we love the extra range these Eero routers and access points have to offer. You’ll seriously never have to worry about dead zones again because a single router can cover up to 1,500 square feet, while a three-piece set is rated for upwards of 4,500 square feet of range. Whether you live in a tiny apartment in a big city, or in a four-bedroom home in the suburbs, these Eero routers will help to blanket every inch of your home. It’s unbelievable what mesh routers could do.

In addition to coverage, these Eero routers also help to dynamically provide the best and most stable connections to your devices. The range is swell and all, but you have to remember that speeds can sometimes be affected. That’s why we love how the entire system adapts to optimize the connection amongst your devices.

Say you start off in the living room connected to the main router, but then proceed to move to the other side of the home. Instead of maintaining that connection to the router in the living room, it’ll automatically switch over to the nearest access point hub — so you won’t have to deal with dropped connections or slowdown.

Speaking of slowdown, you’ll get speeds upwards of 500 Mbps with the Eero 6 mesh WiFi system, while the newer Eero 6+ mesh WiFi routers support gigabit speeds to ever-faster downloads. You can also connect these Eero routers to Amazon Alexa, so you can instantly pause connections by speaking voice commands, see what gadgets are connected to the network, and even see how much data is going through the network. 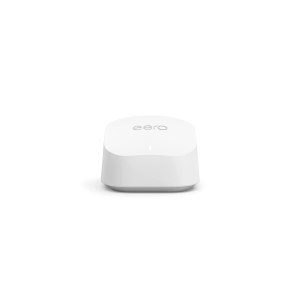 The 5 Best 360 Cameras for Spherical Scenes