Aging sucks. Not only are we dealing with the ravages of time on our bodies, but time also has this way of affecting our minds. I can’t even remember what I did a few days ago, let alone the stuff over last weekend. That’s why I’ve come to appreciate the Ray-Ban Stories since I first started using them a couple of months ago. In fact, these Bluetooth sunglasses have become the curator for all of my memories.

I’ll be the first to say that I haven’t been as active on Facebook as I should, but if there’s one feature about the social networking service that I find myself constantly checking out on the daily, it’s none other than Facebook Memories. You know, it’s that section that aggregates posts you’ve posted or were tagged in — and then organizes them in chronological order.

It’s like getting a peek at what I did a year ago, or even 10 years back, which is helpful as I age and have a harder time recalling moments. With the Ray-Ban Stories, I’m able to capture photos and videos seen through my eyes. Then, later on, I would upload them to my Facebook page in the hopes of seeing them again when I go through Facebook Memories a year, two years or even several years down the road. 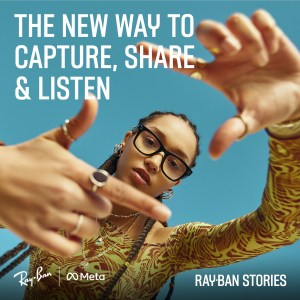 Knowing that life is always a whirlwind of activity, this pairing between the Ray-Ban Stories and Facebook’s Memories ensures that those precious memories are captured and curated.

I’m big on recording video, more so than taking simple photos because watching them later on really helps me relive those memories in a vivid way. Unlike other cameras I’ve used, the biggest selling point about the Ray-Ban Stories is that they mitigate the distractions I have with capturing the moment. Even the best smartphones and action cameras can’t fully match what the Ray-Ban Stories have to offer in this regard.

Sure, most people are apt to use their phones because they’re typically on us at all times, but in doing so you’re taking yourself out of the moment as you whip out your phone, open your camera and press record. Luckily that’s not much of a concern when I’m wearing the Ray-Ban Stories. Pressing the button on the side of the arm is the only thing I need to do in order to start recording. And since they’re on my face, I’m not distracted from what else is happening around me. 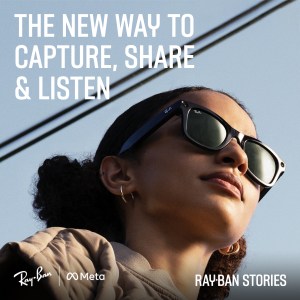 Very recently, however, I’ve also found voice commands coming in handy for certain situations. Take for example my recent ride over the Manhattan Bridge with my electric scooter. Rather than taking my hand off the grip to record video, I only needed to say “Hey Facebook, start recording.” Accident avoided. Memory captured.

I’ve tried out other wearable cameras in the past, but it wasn’t until I started using the Ray-Ban Stories that I finally found the perfect life camera. What I really love most is the first-person perspective, since it’s like seeing the world through my eyes — making those memories even more visceral when I relive them on Facebook.

While I initially used the standard lenses with the Ray-Ban Stories, it was only recently that I found out that transition lenses are available as well. That way, my eyes can be shielded from the sun while I’m outside in direct light, and I can continue to use them when I step indoors.

Though I can’t reverse the aging process, or stop myself from forgetting minor dates and names, I can utilize technology to save memorable moments while they’re happening. And that’s where the Stories set themselves apart from the other tech I own. Nothing blends in with my day-to-day life so seamlessly, both from a style and technological standpoint. 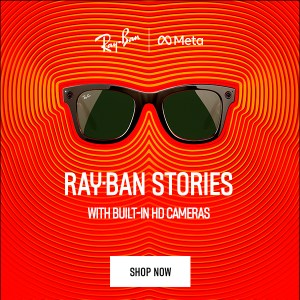