Ask anyone what smart sunglasses are and I can guarantee you that you’ll hear a broad set of answers. Likewise, it seems that every brand has its own interpretation. However, If there’s one thing I’ve realized, it’s that few brands manage to combine smart functions with a design that doesn’t make it look like you’re wearing a piece of tech on your face.

That’s where the Ray-Ban Stories chime in at just the right moment. They’re the result of a collaboration between social media stalwart Facebook and longtime sunglasses maker Ray-Ban. Strapped with a pair of cameras, a couple of speakers, and a few microphones wrapped into Ray-Ban’s iconic design, these smart glasses are prime for summer weather.

More importantly, though, are we ready for them? Below, you’ll find our Ray-Ban Stories review so you can decide whether or not this pair of smart glasses is worth your change ahead of what is sure to be a fun summer. 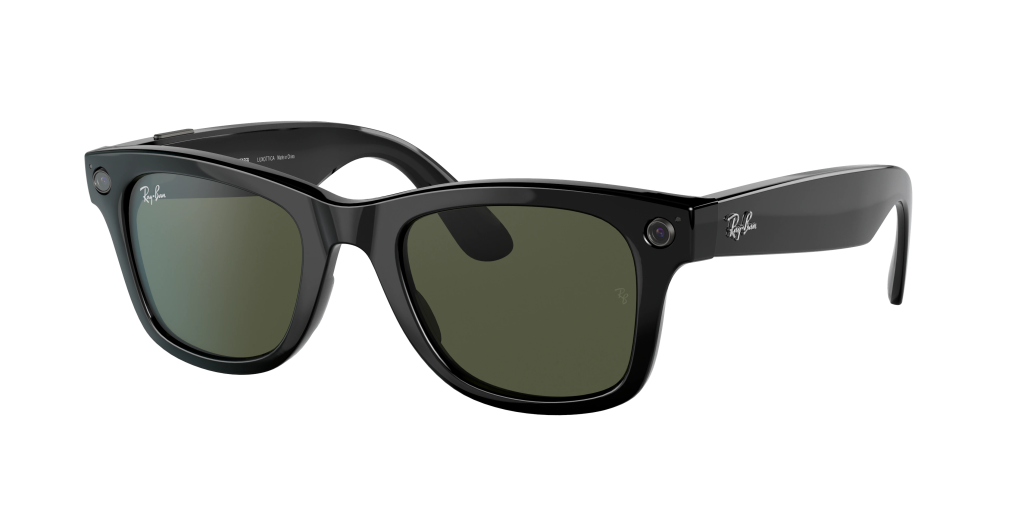 Included in the box

Out of the box, the Ray-Ban Stories had enough of a charge to connect to my phone for setup. There’s a switch on the inside of the left arm used to put it into Bluetooth pairing mode, after pressing, the glasses quickly connected to my iPhone SE (2020). 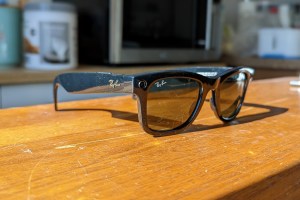 Finally, I’ve come across a pair of smart sunglasses that look and feel like an ordinary pair of the best men’s sunglasses. Sure, the arms may be a bit thicker than your traditional pair of Wayfarers, but this pair still remains as fashionable as ever.

Ray-Ban does offer the Stories in three styles: Round, Meteor and your traditional Wayfarer. They come in two sizes with the Wayfarer, but only one for the other two styles. I will say that it would probably be a good idea to try them out in person before buying because the last thing you need is a pair that doesn’t fit right on your face if you choose to buy it online. 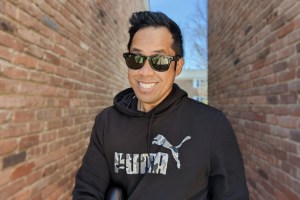 While it captures the iconic style that I’m familiar with, it only draws attention upon closer inspection because of the dual cameras on the ends of the arms. For the most part, people don’t notice it unless they get close to me, but there’s one particular characteristic I’ll touch on later that’s impossible to overlook. The only concern I have about the design is that the hinge doesn’t have springs to hyperextend the arms a bit, so I’m curious to see how it holds up long term.

There’s no denying that I love the design, but there are three other important things to remember. One, these do not have a water-resistant design, which means recording video in the rain or your splish-splash activities is totally out of the question. Secondly, I really wish they had an automatic turn-off feature because having to remember to switch it off manually is a pain. And lastly, you’ll need to pay extra for a pair with polarized lenses.

The dual 5-megapixel cameras can take photos in 2592 x 1944 resolution, or video in 1184 x 1184 resolution at 30 fps. I was a bit surprised by the wide-angle coverage with snapshots, which is done by pressing and holding down the button on the arm. However, I was hoping for a more traditional 16:9 aspect ratio with video recording. Instead, it’s at the narrower 1:1 aspect ratio. 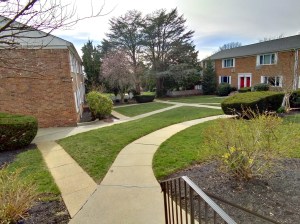 In terms of quality, Ray-Ban Stories definitely can’t replace my smartphone, especially when they struggle under low light. There are a lot of artifacting elements in the shadows. When the conditions are ideal, however, the results are passable for a pair of sunglasses.

Even though it’s not my first preference for capturing memories, I appreciate their ability to come in handy for those candid moments when I don’t have the time to whip out my phone. The first-person perspective does add a storytelling quality, even though recordings max out at 30 seconds.

Much like other smart sunglasses I’ve tested, the Ray-Ban Stories connect to your mobile device and effectively act as yet another pair of headphones. The open-air design allowed me to listen to music, while still having enough awareness around me — which is the beauty of open-air designs in general. 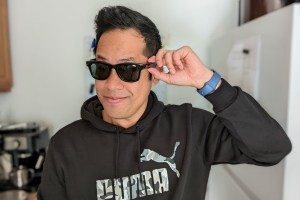 The quality surprised me because there was a fair amount of depth with the audio, complemented nicely by enough bass to accompany the mids and highs. Its quality is better than most other sunglasses I’ve tested, but I would say the Soundcore Frames still reign supreme in this area. Navigation is all done through the touch-sensitive area on the right arm, so in that regard, I was happy to keep my phone in my pocket.

I was also equally impressed by how well the Ray-Ban Stories work for phone calls, producing clear voices that made it easy to conduct conversations. You’ll definitely draw some attention doing this, though.

Ray-Ban rates the battery life at about six hours with moderate use, with an additional three charges using the included charging case. I spent an entire afternoon with them on shooting video every now and then, so I was satisfied that it still held a charge throughout it. I just wish there was a separate travel-friendly charging adapter besides throwing it into the case to charge it.

Facebook’s reputation around privacy may not be the best, but aside from requiring a Facebook account to set up the Ray-Ban Stories, there wasn’t much to tie it to the social media network. Videos and photos captured aren’t automatically shared on your Facebook but are instead saved to its internal memory — which then can be downloaded wirelessly to your mobile device for sharing.

There’s also the integrated Facebook Assistant for a hands-free experience, like being able to start and end recordings. I honestly didn’t have much use for it, but it’s there if you really need it. 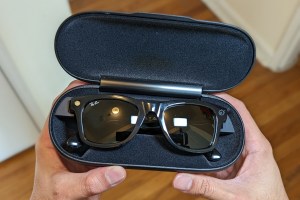 Depending on how you feel about cameras in general, you’ll either appreciate or be annoyed by the LED light perched near the cameras. It’s there obviously to notify myself and others that a recording is happening. It’s really tough to see in the daylight, but it’s more than visible at night. There’s no way of turning them off either, which is more related to respecting the privacy of others.

So how did we feel after our Ray-Ban Stories review? I love storytelling, and even though the Ray-Ban Stories don’t have the best video or image quality, it’s hard to overlook the convenience and unique first-person perspective they offer. They’re a pricer pair of ‘smart’ sunglasses, but they’re one of the few on the market right now with a camera and charming design wrapped into one.

Yes, mainly for the iconic design and the fact that they’re one of the few that offer on-the-spot convenience of capturing memories.

How Long Will They Last?

There’s certainly more substance to their design, so I’m confident they’ll hold up for a good while. Included with the purchase is a one-year limited warranty that covers defects.

If you do your research, you’ll find a handful of smart sunglasses with built-in cameras, but the vast majority lack approachable designs that are as good as the Ray-Ban Stories. If you don’t need a camera, here are some of the best alternatives.

With its interchangeable design and incredible audio quality, the Soundcore Frames offer users plenty of variety. 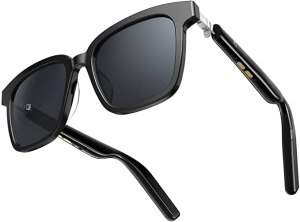 When you need the right amount of shade, the Ampere Dusk are the only ones that offer users adjustability in how much light to let in because they’re the world’s first electrochromic smart sunglasses. 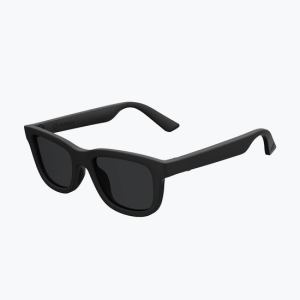 Bose’s audio expertise is highlighted by its pair of smart sunglasses, the Bose Frames, which also have an IPX2 rating for water resistance.