When it comes to the world of professional, creative laptops, the market is a pretty crowded space with offerings from Apple, Dell, and countless others. Yet, over the last few years, Acer has made considerable strides into competing with the big dogs of this area with their Concept series. Their newest release, the ConceptD 5 (which we received for testing), is arguably their best foray into the space thus far, making a significant splash.

Acer ConceptD 5: What We Liked

You’ll notice right away the ConceptD 5 isn’t quite like other creative notebooks; the sleek matte black coating evokes feelings of a gaming laptop more so than a creative unit. The insides might lead you to believe this is true as well, as the ConceptD 5 includes a 1 TB SSD, a NVIDIA GeForce 3060 graphics card, 16 GB of ram, and a truly staggering beautiful 16″ screen (more on that later). As you’d hope with any creative notebook, the unit includes plenty of ports for all your accessories, including a USB 3.2 port, a USB-C Thunderbolt 4 port, Ethernet, audio jacks, HDMI video output, and even an SD slot. Basically, if you need to get ahold of any media for editing or content creation, the ConceptD has you more than covered.

The keyboard felt comfortable with extended use (I’m actually using it to write this very review), bolstered by a glowing orange backlight that gives the whole unit some decidedly spooky vibes, especially when used in the dark (avid Halloween fans and/or Michael Myers will love the aesthetics here). It doesn’t have the same heft to it as you may find in a Macbook Pro, but it doesn’t feel cheap by any account either.

But far and away, the best thing about the ConceptD 5 is its screen. The display is a 16:10, with a 3072×1902 resolution that’s basically like 3K. In short, you’re getting a pretty high fidelity display on a 16″ inch screen, which is capable of rendering videos (and video games) in stunning clarity. Watching YouTube playthroughs of my favorite games was pretty staggering, as was loading into a Fortnite match. While the laptop isn’t really meant for gaming, I could easily play a few rounds of Fortnite with settings set to high and averaged about 52 fps. Most people getting the ConceptD 5 will use it for photo and video editing (and will have no problems executing those tasks, btw, as the unit is more than capable of handling a ton of multitasking functionality even with high-usage apps). Still, it’s nice to know you could also do some gaming and stream video content with ease. The screen really is a “see it to believe it” type of experience, but I’m in awe of how great everything looked on it.

We do have a few minor quibbles with the Concept5. The speakers and 720p web camera are pretty poor, especially compared to the outstanding quality of everything else. There’s also some bulk here, both in terms of the computer’s power supply (seriously, this thing is huge) and the laptop itself. Part of the tradeoff of having a laptop this powerful comes at the cost of increased size, but it’s worth mentioning nonetheless. None of these factors take away from the overall satisfactory experience I had with the ConceptD 5, but they are worth mentioning nonetheless.

The Verdict: The Acer ConceptD 5 Makes a Huge Splash

Without question, Acer’s ConceptD 5 holds its own alongside the competition in the creative notebook space by providing a powerhouse that’s fully capable of executing in every way possible. All that’s left is your creative spark to bring everything to life. 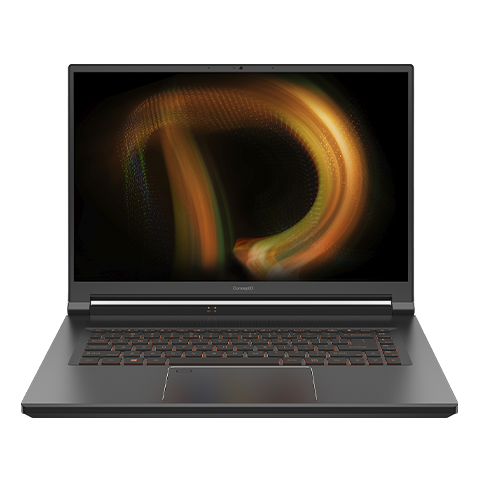