For years, Roborock has been an industry leader in robot vacuums. Their S5 robot mop and vacuum is an intuitive device that uses dual cameras and sensors to lift dirt and debris off floors and ensure the vacuum switches to mop mode only in appropriate areas. Now, Roborock is expanding into the cordless stick vacuum category with the Roborock H6 Adapt, one of the most powerful stick vacuums we’ve seen. 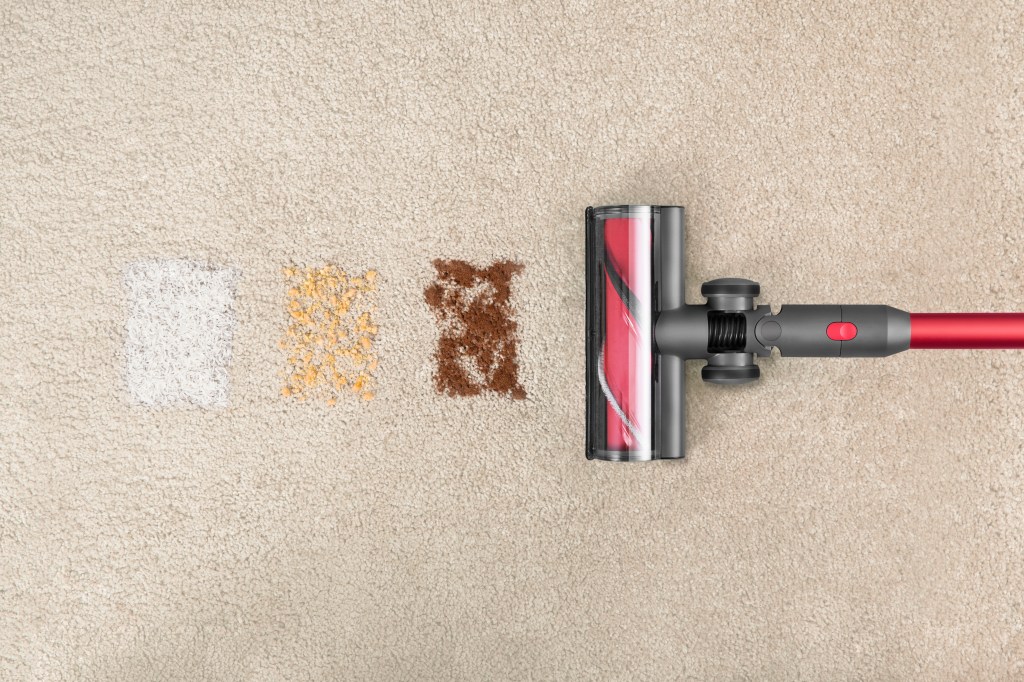 What we liked about the Roborock H6 Adapt…

Launching on May 18, the H6 Adapt has managed to combine the power of a full-sized upright and canister vacuum with the convenience of a cordless stick. A long battery life, constant suction button and several versatile attachments make this a vacuum that can be used in every room in the house, including on furniture and also in cars.

A great option for pet owners or allergy sufferers, the H6 Adapt is focused on removing hair and allergens from every surface in the home. A five-stage air purification system is built into the filter to capture dust mites, pollen, pet dander, mold and air pollution.

The Best Part? It Cleans Like A Much Bigger, Much Heavier Vacuum

One of our favorite features of the H6 Adapt is the Sustain mode. By holding the trigger and pushing on the small Sustain button, users can then release the trigger and vacuum without feeling like their finger is going to fall off. The vacuum also has an Auto Shutoff feature that helps save flooring. We went from tile to tight carpet continually with no issues using the carpet brush, but a thick bathmat and a shag carpet stopped the motor from turning and shut down the vacuum, a welcomed alternative to having our carpet and rugs pulled apart. 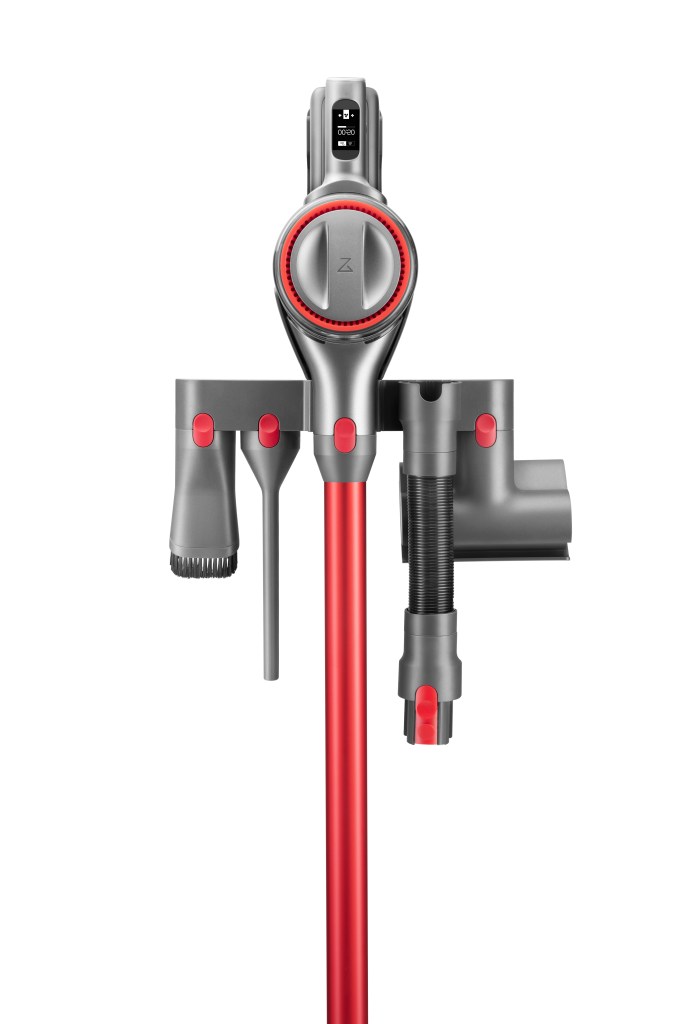 Changing the various attachments took only seconds and didn’t require much effort while still maintaining a secure snap-in-place hold. Assembly of the H6 Adapt took about three minutes and the instructions on cleaning the vacuum and using the attachments were easy to follow. The Emptying Latch made it convenient and quick to empty the contents of the clear dustbin, which shows users just how much dirt and debris they’ve picked up. The filters and brushes all come apart and can be cleaned, a practice Roborock recommends users do monthly.

The large carpet brush is wide and ideal for large rooms, making quick working of cleaning bedrooms, living rooms and kitchens. Squeezing into tight spaces with the carpet brush be tricky and the H6 Adapt works best when grabbing items head-on as opposed to on an angle, but numerous brush attachments included provide plenty of options for getting into constrictive areas. The H6 Adapt is ideal for cleaning under furniture, including beds, couches and cribs, easily flattening to get every space in the home clean. A crevice tool for corners and stairs, a dusting brush for furniture, desks and shelves and a motorized mini brush for beds and sofas are also included, as is a flex tube that can be used in conjunction with the dusting brush or crevice tool for hard to reach spaces.

A large easy-view OLED screen provides users with information on battery life, vacuum time left and running mode. Users can choose between three modes, including Eco, Standard and MAX, an improvement on the typical two modes offered by most stick vacuums. The Standard is what we used to clean most of our house and was strong enough to pick up larger pieces of debris, including pieces of tissue paper, small pieces of lint from the dryer and even a few stickers that our toddler left on the floor. We were happy to see that even with the H6 Adapts’ impressive suction, it didn’t pull cords that were hanging down from outlets. The MAX mode provided a powerful blast for more stubborn pieces of debris embedded in the carpet and Eco provided a gentler option for duvets and dusting furniture. 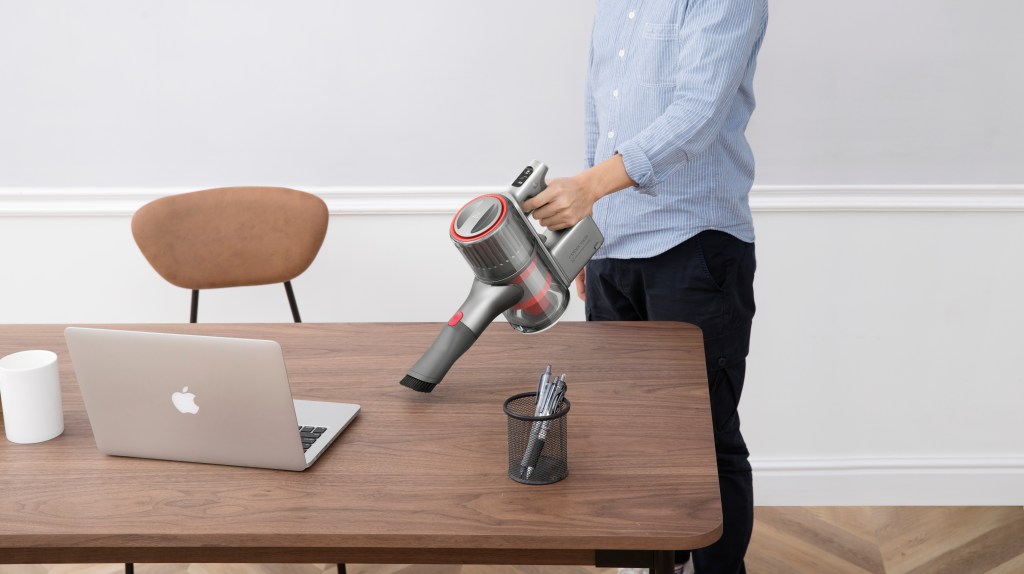 The H6 Adapt is the first vacuum ever made with a long-lasting LiPo battery, which is typically found in drones. If used only in Eco mode, the H6 Adapt can last up to 90 minutes. When used in Standard mode, the H6 Adapt still has an impressive 45-minute run time. While in Standard mode, we often switched from tile to carpet. Changing surfaces caused the battery life to continually adjust, so it can be difficult to gauge exactly how much time you have left in a charge. The H6 Adapt does provide a low battery warning, but because the time left on the charge changes constantly, we went from two minutes to dead almost immediately.

What We Don’t Like About The Roborock H6 Adapt…

The H6 Adapt is 3 pounds and feels slightly heavier than other cordless stick vacuums, which made it somewhat cumbersome for stairs. Still, we were pleased that we didn’t have to continually go over the same step as we often do with our comparable Dyson stick vacuum.

The H6 Adapt is focused on powerful suction, which means it’s not the quietest vacuum available. Although still much quieter than most upright and canister vacuums, its 50-watt motor and 4000 RPM carbon fiber anti-static bristles give off 72 dB of sound.

The Roborock H6 Adapt retails for $449 on Amazon, pricing it in line with brand leader Dyson. It’s just as powerful as Dyson’s leading cordless stick vacuum and comes with several useful attachments, a long battery life, a convenient wall-mounted holder and most importantly, a powerful suction that rivals any full-sized vacuum. Whether you live in a small apartment or a large four-bedroom home, the Roborock H6 Adapt is a wise investment. 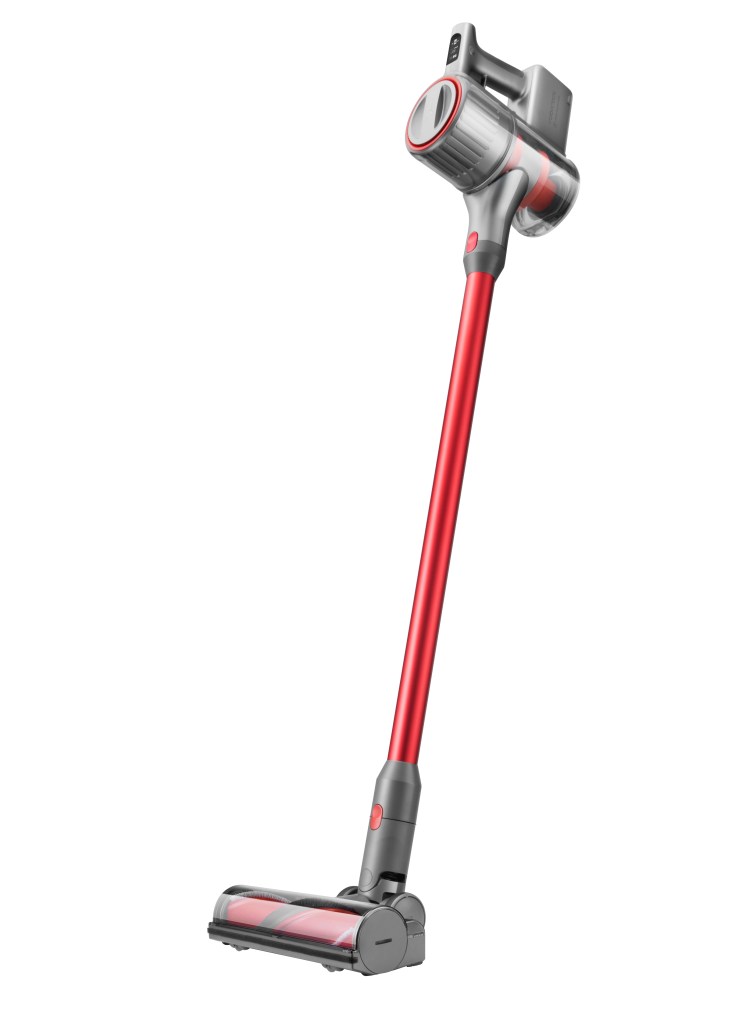