When it comes to the best tablets, it’s really tough to look at anything else out there other than Apple’s iPads. Not only are there high-end models with killer specs and features like the iPad Pro series, but Apple serves the entry-level market well with its standard iPad line. Add to that the unwavering support from third parties, both hardware makers and software developers, it’s no wonder iPads are coveted.

I’ve gone into great detail about why Android tablets have been in decline. Even though my sentiments haven’t changed much since I first made that claim, I can at least confidently say that Samsung continues to be the only competitor to keep pace with Apple’s innovations. The Samsung Galaxy Tab S8+ is one of three new tablets introduced by the company this year and it’s making quite the impression. Read on for my full Samsung Galaxy Tab S8+ review below. 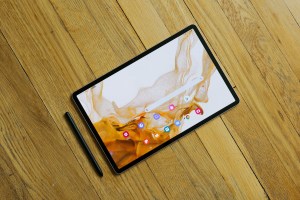 As you’d imagine, the Samsung Galaxy Tab S8+ is a premium-looking tablet that’s attractive looking with its metal chassis, skinny profile and lightweight feel. The hard lines and edges don’t make it the most ergonomic to hold in the hand, but its design is still far more attractive than 90% of the other tablets you’ll find on the market. If there’s one complaint I have about the design, it has to be how the antenna lines on the back stand out.

Beyond that, I have to give Samsung kudos for including the S Pen — rather than making it a separate accessory you’d have to purchase. There’s an area on the back where it magnetically sits and recharges its battery when not in use, but I wish the area was recessed a little bit to better tuck in the S Pen. 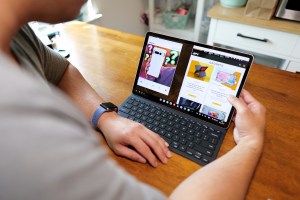 If you really want more utility with the Samsung Galaxy Tab S8+, I suggest getting the optional $160 Slim Book Cover Keyboard that doubles as a folio case and keyboard. Not only do I like how it protects the tablet, but it turns it into a convertible laptop of sorts, complete with tactile keys and even a better spot to store the S Pen.

Samsung makes some of the best displays in the mobile space, and they bring that level of quality to the Galaxy Tab S8+ and its generous 12.4-inch 2800 x 1752 Super AMOLED. No matter how I looked at it, the colors were always rich and maintained their vibrant tones at every angle. The screen managed to achieve 861 lux using a light meter in direct sunlight, which is exceptionally bright. Pair that with its superior detail and clarity thanks to its 226 PPI pixel density, the screen is a showcase in its own right.

Going beyond the functions of what you’d find in an ordinary tablet, the Samsung Galaxy Tab S8+ benefits from the features that accompany its S Pen. Sure, I found myself using my fingers more often than not interacting with the tablet, but I do appreciate the pen meets paper experience. 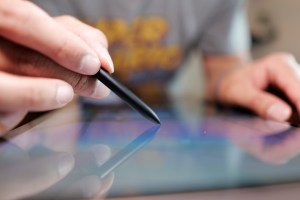 It’s precise and pressure-sensitive, which is perfect for those with artistic skills. Even though that’s not me, I found it handier with other things like signing PDFs and quickly jotting down notes.

Don’t get me wrong, there are still annoyances with the Android tablet that puzzle me to this day. Take, for example, the Instagram app, which for Android continues to frustrate me because it only supports portrait view. While there are still nuances and quirks with the experience, Samsung has shown me that it’s making strides in bridging that gap functionally between tablets and laptops. 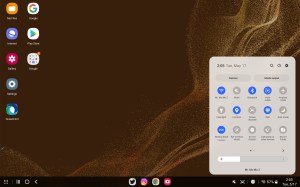 Samsung’s One UI running on top of Android 12 will suffice for most people, but power users will love some of the desktop-esque qualities with Samsung DeX. That’s because it emulates the traditional desktop experience with features like true landscape support (Instagram works this way), side-by-side apps and the ability to use peripherals such as wireless mice and keyboards. It doesn’t offer 100% of the same functionality I get from my MacBook Pro or Windows 11 laptop, but it’s useful nonetheless. 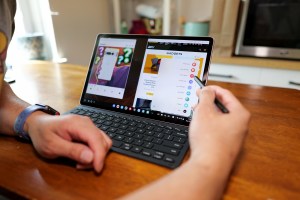 I also loved using it as a secondary screen with my laptop, which was done wirelessly with nothing more than the casting function of Windows 11. Features like these have certainly added some much-needed utility to Android tablets.

As you’d imagine, the Galaxy Tab S8+ ran smoothly during my long-term testing. It’s powered by Qualcomm’s Snapdragon 8 Gen 1 Mobile Platform and is accompanied by 8GB of RAM. Basic tasks were accompanied by quick and fluid responses, but it managed to also handle graphically intensive games with ease.

Camera: It’s There if You Need It

I’ve never been the type to use a tablet for capturing photos and videos, but if you must (or perhaps it’s the only thing in reach), you’ll find that it’s more than equipped for the task. Armed with a dual-camera setup (13MP and 6MP), I was able to get the best results under sunny, outdoor conditions. When there’s not a whole lot of light, that’s when details became softer and noise more prevalent in the shadows. 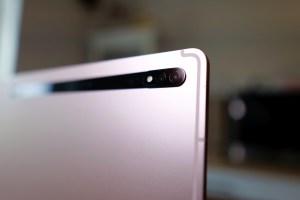 In all fairness, you can get some good-looking photos out of this setup — including selfies and portraits that did nicely to blur out the background and keep faces focused. Even though it won’t replace a smartphone in most cases, it still comes in handy when there’s nothing else around. 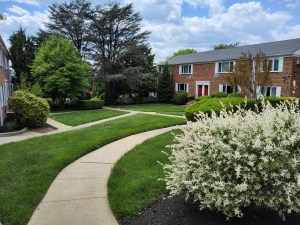 Over on the video side, it can record up to UHD 4K (3840 x 2160) at 30fps. Again, it’s most effective when there’s ample light around. Outside of that, I wouldn’t find much use for it. Then again, it can look somewhat obnoxious lifting such a massive thing to record video.

Somehow inside of its skinny profile, Samsung managed to stuff a sizable 10,090mAh battery into this tablet. Using it religiously during my long-term testing, I often saw its battery life at about 50% each night. That’s a welcome relief because no one wants another gadget to charge nightly. 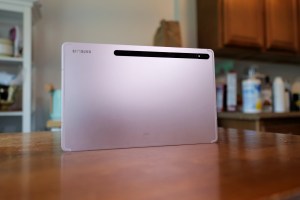 On the flip side, it managed to recharge pretty fast with a 65W wall charger. It took 171 minutes to go from 1% capacity, all the way back up to 100%. Given its capacity, that’s still incredibly fast for a tablet.

Just to reiterate, Samsung’s honestly the only manufacturer dedicated to making high-end Android tablets. The Samsung Galaxy Tab S8+ is further proof of that. In fact, I would argue that it offers more value and versatility over the iPad Pro because it comes with the S Pen — coming in at $899.99, versus the 12.9-inch iPad Pro sans Apple Pencil at $1,099.

It’s still an investment no matter how you look at it, especially when usable tablets hover around the $500 range. But given how it bridges that gap between tablet and laptop, I’d go as far as to say that it’s a fair compromise.

You bet. From its stunning display, vast features and included S Pen, there’s a lot of value in this device. 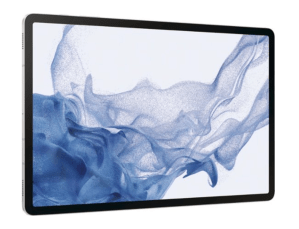 Unless you’re abusing the tablet, it should hold up very well. In the event of a defect, there’s a 1-year limited warranty provided by Samsung that will cover it.

There aren’t many high-end tablets that consumers are aware of other than the iPad Pro line, but here are just a few alternatives.

The only one that closely matches Samsung’s offering is Lenovo’s Tab P12 Pro, which comes stacked with a gorgeous 12.6-inch 2K AMOLED display and premium design, and comes with the Lenovo Precision Pen 3. 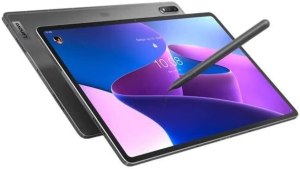 If you really want to condense everything into one package, the Microsoft Surface Pro 8 is your best choice given it’s a fully-fledged convertible that runs Windows 11 for all your productivity needs. 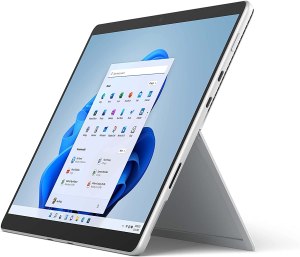 And yes, the most recent version of the Apple iPad Pro is a direct competitor, but just remember that you’ll need to spend extra money on picking up the Apple Pencil 2. 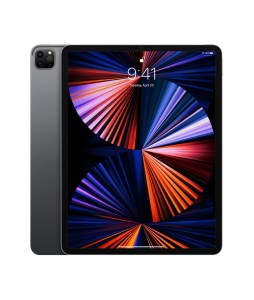