Ask any vinyl enthusiast and they’ll tell you that half the fun of vinyl is the process. It starts with the tangibility factor, physically taking the record out of the sleeve, placing it on the turntable and then settling in as your favorite tune fills the room. It is an experience that’s unmatched. But just because this process is beloved, doesn’t mean it can’t be modernized in a way that makes sense for this decade—finding a way to merge the past with the present in a satisfying way. For this reason, Sony’s PS-LX310BT Bluetooth Record Player shines.

As evidenced by the “BT” in its name, the PS-LX310BT is capable of providing audio output by both traditional means (i.e., a standard audio out jack) and by Bluetooth. By providing this two-pronged approach, you’re able to keep real audiophiles happy as this player will work right out of the box with their existing setup; those people that have invested heavily in quality earbuds or even over-the-ear headphones can pair their device in a matter of seconds, as well. Better yet, that Bluetooth speaker you tote around with you to parties can pair right to the player if you’d rather listen that way—there’s no shortage of options on how you want to define your listening experience. Freedom is the name of the game here. 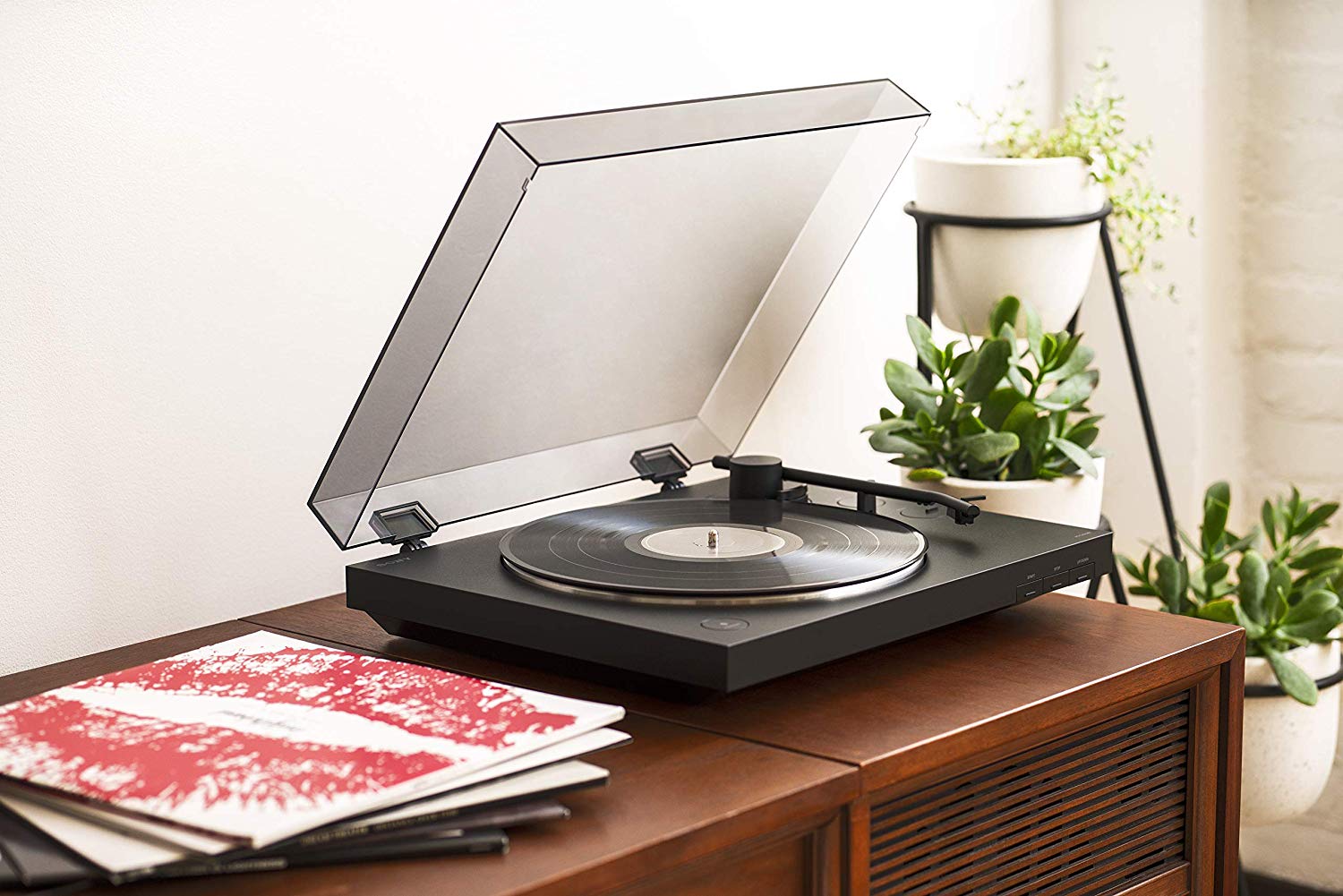 Reinforcing that option of choice trickles down secondary functionalities too. For those with an extensive and/or rare vinyl collection, there’s an included option to connect the player to a computer and rip songs from the vinyl into an MP3 format; essentially digitizing each album, further cementing the device as a bridge between the analog past and the digital future. Additionally, the player has a one-touch start and stop button, so you can set it and forget it, letting the player do all the work for you without potentially scratching up your vinyl or damaging the needle (which is great for users who are listening to vinyl for the first time). The arm itself is made from aluminum and features a straight design that helps it better feel and trace the grooves of the record, which translates to an overall smoother and better listening experience.

While the Bluetooth functionality is cool, the player is nothing if it doesn’t sound great or is easy to use. Good news, the PS-LX310BT excels in both arenas. Step up is quick and easy, letting you drop the needle right out of the box in no more than ten minutes. The plastic material of the player itself feels significant and sturdy, so you don’t have to fret if you happen to rough it up a little bit. And to top it off, the player just sounds incredible, even without running it through a dedicated high-end amp. It’s most likely a significant upgrade from whatever player you may have gotten at Urban Outfitters. The player itself supports up to eight different Bluetooth connections and devices, so feel free to pair it with all of your devices without worry.

Vinyl feels like a decidedly retro activity, which is inherently part of its appeal. Yet with the PS-LX310BT, you’re getting a record player that’s built for the modern age. It’s a device that has feet standing in both the past and present—while also being a player that doesn’t compromise on features or quality, and somehow manages a price point that’s not unreasonable. The only thing left for you to decide is what album you’ll want to play on it first. 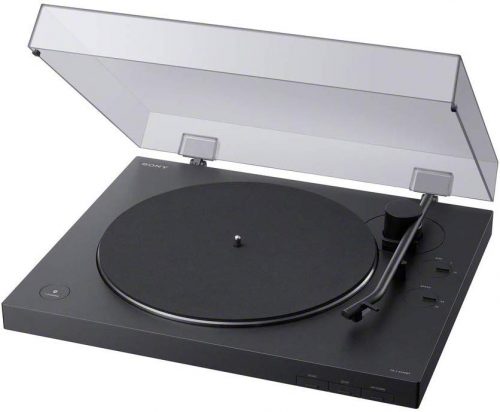 Off the Record: How to Clean Your Vinyl/Record Players