Despite the fact that demand for the Nintendo Switch is still insanely high, rumors about its next-generation successor are bubbling up to a point where they can no longer be brushed off. And despite Nintendo’s denials, rumors of a Switch Pro, or a Super Nintendo Switch, have persisted for years.

It would be an understatement to say that the Nintendo Switch is one of the best video game consoles ever made. Exceeding almost everyone’s wildest expectations, the hybrid system has been a critical and commercial success. And so it is inevitable that a follow-up is coming at some point. The question is: when?

While Nintendo has denied (or remained mum) on these rumors from the start, there have been two bits of industry gossip that lend credence to a Super Nintendo Switch coming sooner than later.

First, the Switch is powered by NVIDIA’s Tegra X1 chipset. Industry insiders began speculating in early March that NVIDIA is preparing to halt production of the chip. And unless Nintendo is sitting on a reserve stash of these chips, it either means they’ve indicated to NVIDIA that they no longer need these chips, or that they’re going to have to find a new SoC to plug into the Switch. Either way, if this is true, a hardware refresh in the near future seems likely.

Second, Nintendo is believed to have put in a sizable order for 7-inch OLED displays. Given that the current Nintendo Switch uses 6.2-inch LED displays, one would assume these new displays would be for a Switch successor.

But even thinking speculatively about Nintendo’s future, the time seems right for a Super Nintendo Switch. Here’s why.

Why a Super Nintendo Switch Would Make Sense

If we ignore the Virtual Boy (and we absolutely should) Nintendo’s main consoles have all released four to six years apart like clockwork. The Switch is now four years old. You do the math.

But given how well the Switch is still selling, it would be foolish to roll out a completely new system. Furthermore, console lifecycles are starting to last upwards of seven years. And so, in what has become something of an industry trend, it would make sense for the Switch to receive a mid-lifecycle refresh that would endow it with some additional horsepower without being a completely new system.

Nintendo has done this with its Game Boy, DS and 3DS handhelds. Sony and Microsoft have done this, releasing the PS4 Pro and Xbox One X consoles three years after the release of the PS4 and Xbox One.

Releasing a more powerful Switch would also address the fact that games like The Legend of Zelda: Breath of the Wild have been maxing this hardware out since Day one. More powerful hardware would allow games to have bigger worlds, better graphics and faster frame rates. And while nobody is demanding games with ray tracing effects that run at 4K and 120 FPS, there are many people that would like to play Apex Legends at something higher than 720p and 30 FPS.

What Will This System Be Called?

At this point, that’s anyone’s guess. Switch Pro seems like the safe pick, given that everyone has called the rumored console by that name from the start. But considering that Sony already released the PlayStation 4 Pro, would Nintendo follow suit?

We like to think that Nintendo has a better name up its sleeve, and after seeing “Super Nintendo Switch” floating around the rumorsphere from insiders and memers alike, and we think the name is too perfect for the Switch successor to be called anything else.

Not only would this signify to the world this is a next-gen Switch console, but it references Nintendo’s past with the SNES console.

What Will the Super Nintendo Switch Hardware Look Like?

Right now, the only clue that we have when it comes to the design of the Switch Pro is that it could have a 7-inch display. But considering that the Switch is about as big as a handheld console could possibly be, our guess is that the Switch Pro will be roughly the same size as the Switch, and the display will have slimmer bezels.

We’d also love to see some tweaks made to the Joy-cons to make them a little bigger and more ergonomic, but for the time being, that is wishful thinking.

How Powerful Will the Super Nintendo Switch Be?

According to an anonymous poster on the ResetEra forums by the name of NateDrake, the Nintendo Switch will have a new NVIDIA CPU that will let Switch Pro games run at 4K resolution when docked. Drake is a longtime poster on those forums with a history of providing advanced info that ended up being true.

ICYMI: Reports indicate a new Switch model with a larger screen and the ability to output 4K graphics when docked will be unveiled later this year. https://t.co/AzH6ixzsQr pic.twitter.com/gOUmArKymN

Furthermore, the OLED displays that could be used on the Switch Pro are rumored to only be 720p. So despite the bigger size, the new screens would only be the same resolution as the ones used with the current Switch. If this is the case, sticking with 720p could be done in order to avoid straining the CPU or taxing the battery.

But How Could a Portable Device Like the Super Nintendo Switch Support 4K Graphics?

Multiple rumors from outlets such as Bloomberg suggest that the successor to the Switch will support a technology known as Deep Learning Super Sampling, or DLSS. What this means is that games that support DLSS can the hardware render graphics in 1080p, but have an algorithm upscale them to 4K.

Unlike a typical upscaler that is only capable of a modest improvement in resolution, what sets DLSS apart is that it uses AI to enhance its upscaling capabilities in a way never seen before. This would help the rumored Switch Pro to receive a noticeable graphics boost without suffering frame rate drops or requiring the power-hungry and costly CPU and GPUs otherwise required for 4K.

Furthermore, NVIDIA has recently opened up support to one of the biggest game development environments, Unreal Engine, which means a large number of Switch games could take advantage of this technology without having to work directly with Nintendo and NVIDIA.

Will There Be Games That Only Run on the Super Nintendo Switch?

Judging from Nintendo’s past history, as well as further claims from NathanDrake, the Super Nintendo Switch will likely have a few exclusive games that won’t be compatible with the Nintendo Switch.

Of course, there weren’t an overwhelming number of games that fit this bill on any of these systems. Rather, they were mostly bait to make the new consoles that much more appealing.

We wouldn’t expect the Super Nintendo Switch to be any different in this regard.

Is There a Release Date for the Super Nintendo Switch?

Given that the Super Nintendo Switch has not been formally announced yet, there is no official release date. However, NateDrake did claim that the new console should be revealed in 2021, and released in 2022.

This would mean the Super Nintendo Switch (or Switch Pro, or whatever it will be called) would come five years after the release of the Switch, which fits a logical timeframe given Nintendo’s history.

How Much Would a Switch Pro Cost?

That is also to be determined, but the latest insights from Bloomberg suggest that a Switch Pro could retail for $399. This would be more costly than the $299 and $199 price points of the Switch and Switch Pro respectively, but given that a Super Nintendo Switch could include an OLED display and more powerful components, a price bump would make sense.

I Don’t Have a Switch Yet? Is the Switch Pro Worth Waiting For?

Given that we don’t have absolute details on anything yet, that’s hard to say. What we do know is that the current Switch is still an incredible console, and there are tons of amazing new games that hit the console every week. Some recent exclusives that we love include the roguelike hack-and-slash Hades (which is the best indie game for the Nintendo Switch), Bowser’s Fury (which comes bundled with Super Mario 3D World), and Bravely Default II (which is a love letter to ’90s RPGs). Plus Monster Hunter Rise is about to release at the end of March.

If you don’t want to miss out on all that, you’ll probably want to buy a Switch now and think about a Super Nintendo Switch later. Even if it’s not a 4K120HDR monster of a console, this little hybrid console will provide hundreds, if not thousands, of hours of entertainment. 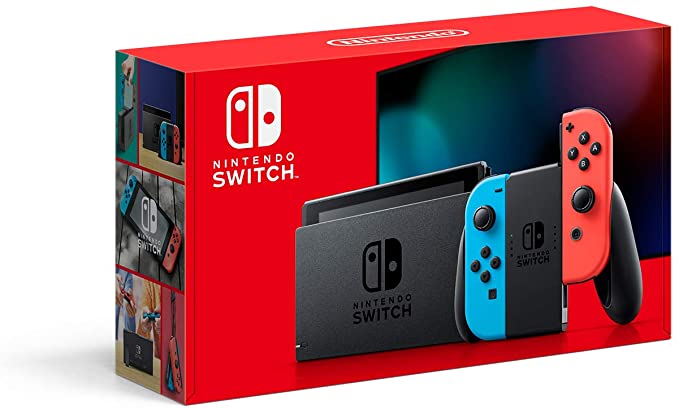