It’s getting hot in here. Seriously.

I can’t even express the number of times I spent this summer absolutely dripping sweat. Walking to the bodega across the street became an automatic beaded forehead. Tanning sessions on my roof would end in a self-created pool of water. Sitting at my desk with my window air conditioner on blast would even end in sweat circles saturating the underarm area of my t-shirts.

And let me tell you one thing — trying to beat the heat in New York City is hard. The infrastructure of my pre-war building simply doesn’t allow AC to cool as much as it should, there is zero access to bodies of water under a two-hour escapade and my gym isn’t even close to fancy enough to have a pool.

To beat the heat, I would spend my days ditching my work-from-home station to find open fire hydrants. Weekends I’d spend face first in the grimy waters of the Washington Square Fountain in hopes of cooling off. Hell, people even got crafty. Some guys down the street made a DIY fire hydrant-powered tree shower I became a regular at. So, when I found out that the United States just had its hottest summer on record, I was in no way shocked.

It’s safe to say that the world is changing and it’s changing fast. As we collectively look for easier ways to cool down in this quickly heating world (since it seems no one with power is actually doing anything about it, cough, politicians), the world should anticipate a number of new inventions to help us beat the heat.

And, well, I think I just stumbled on one of the very first ones. Introducing to the world: portable neck air conditioners. 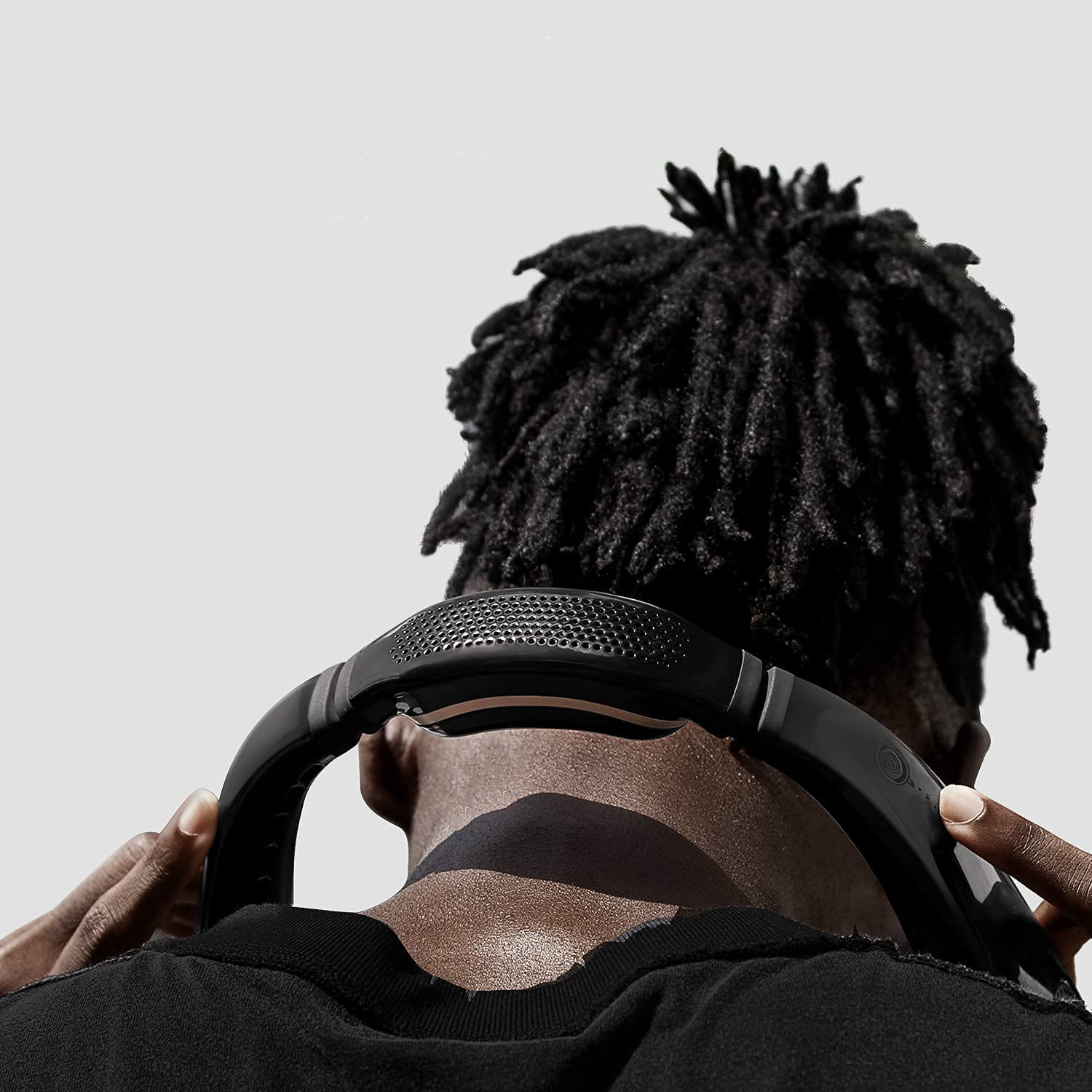 When I first heard about these, I thought they were the most ridiculous things on the planet. How would they even catch on? Who would want to wear a bulky air conditioner around their neck in public? Why do I feel a certain urge to try one for myself?

So, when TORRAS contacted me asking to test their brand-new Coolify portable neck air conditioner, my curiosity peaked. I had to have it. 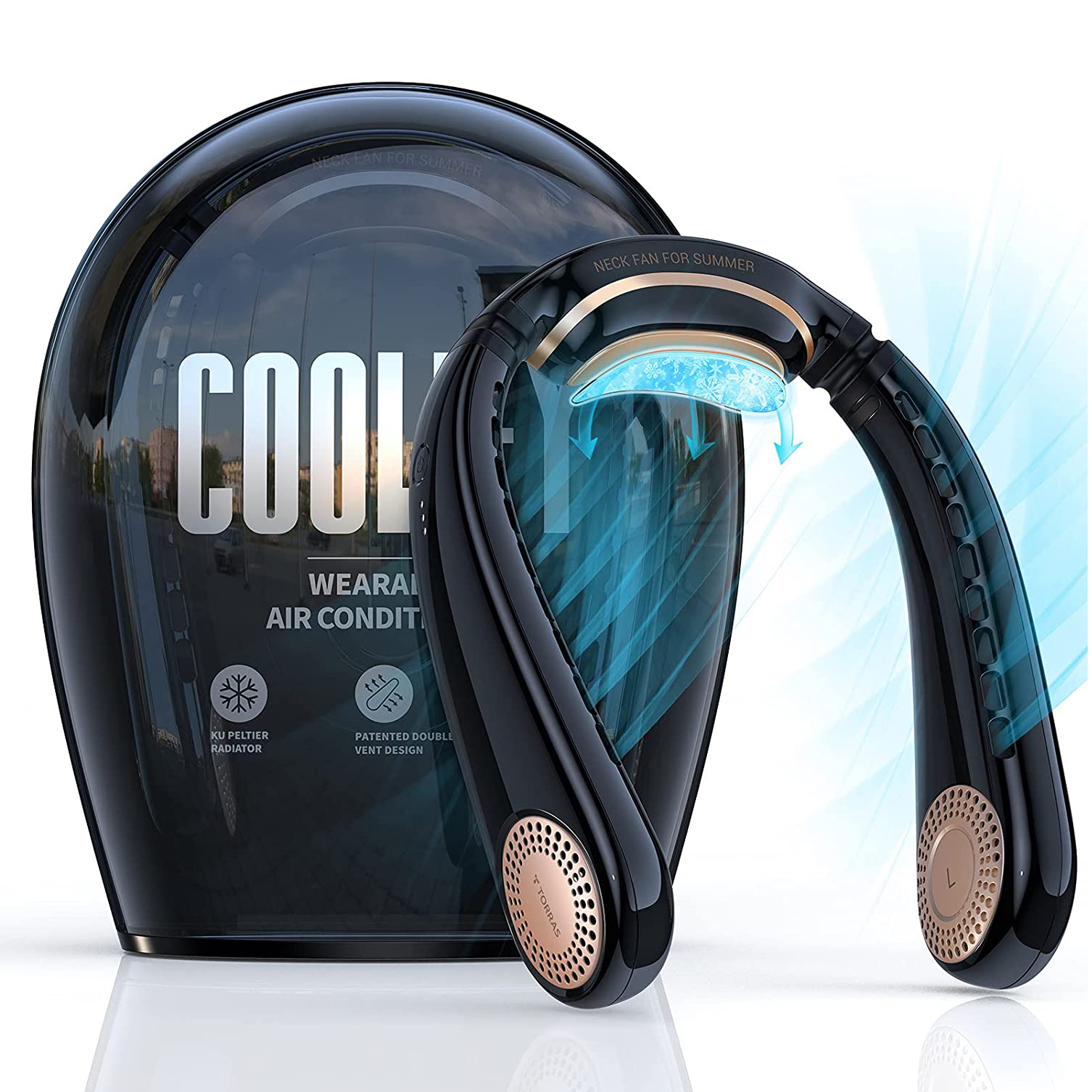 Upon initial introduction, I immediately thought the AC looked like headphones — which is both a blessing and a curse. Because portable neck air conditioners aren’t mainstream, I initially thought it was kind of cool that it looked like headphones draped around the neck. This allows it to fit into the world without getting much of a doubletake. But, if you are wearing the best wireless headphones, you’re absolutely getting a doubletake, because why would you have a pair over your ears and another draped over your neck? I’m not a fan of questions on the street from strangers and I’m sure you’re not either, so that was my initial thought regarding design.

What I will say is that the Coolify is truly cooling. I stopped sweating, like, completely when putting it on. They claim that the Coolify has the ability to reduce your body temperature by 18°F in just 3 seconds, and as someone who has tested them, I can genuinely attest. The 36 vents blow air up and down to cool both your head and shoulders for a quick temperature drop that’s much needed on hot ass days. The design is completely blade-free to ensure no nicks or scratches on your neck, shoulders or face. And, if you’re worried about battery life, don’t be. This baby holds an 8-hour! That’s longer than most headphones.

So, all in all, would I wear them out? Yeah. I would, and I have. Here’s me, my Coolify and my Snooki cup on a walk the other day. Serving looks, no? 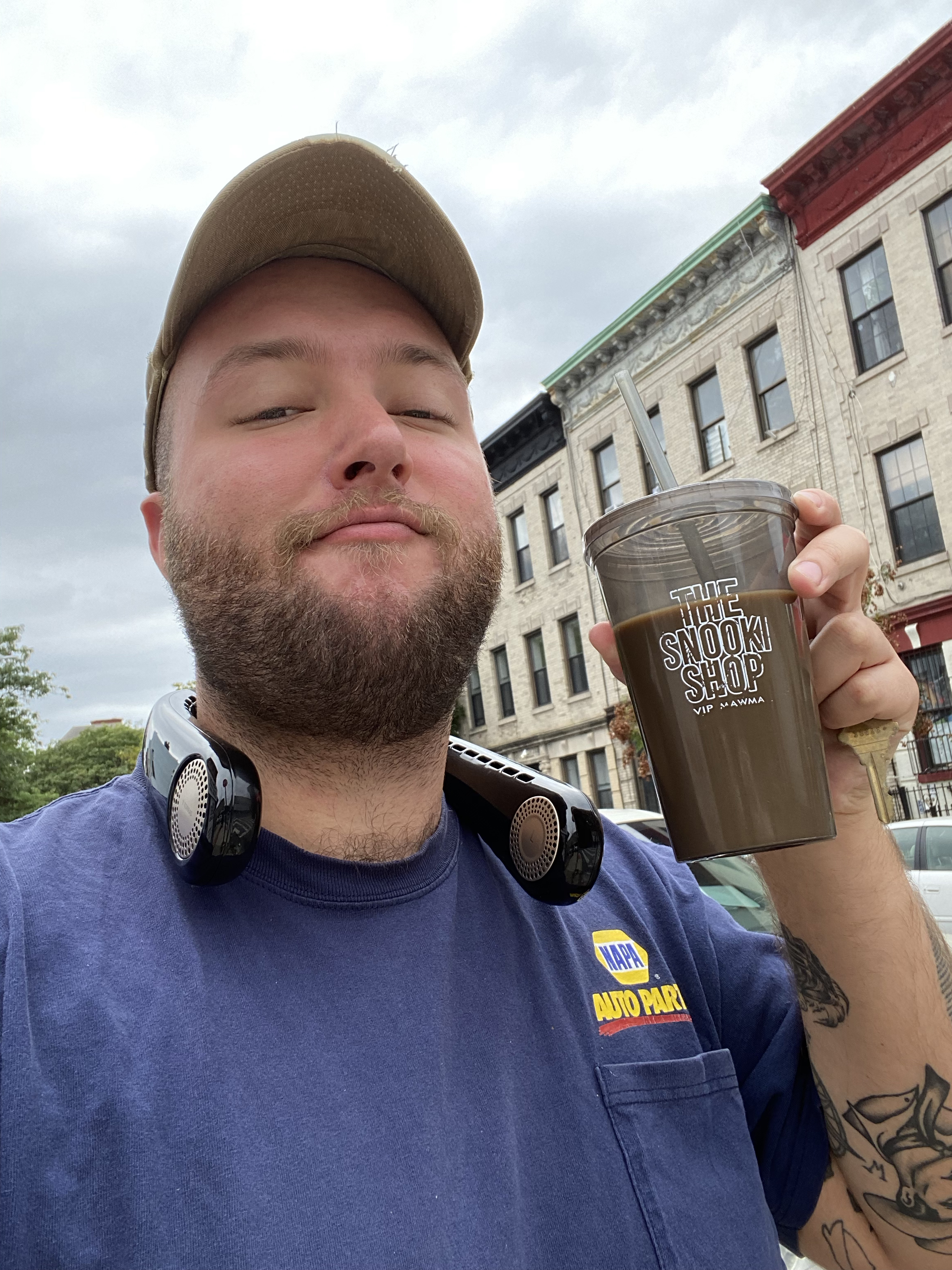 I will say nobody looked at me twice but I wasn’t wearing headphones. And it is New York City, so do people even care? No.

You can get yours before the rest of the world does right now on Amazon for $149. Start the trend so you can say you had one before it was cool. Who doesn’t love bragging rights?