It wasn’t long ago that the phrase “wireless earbuds” actually meant there were still wires involved. The left and right earbud were still bound together by a wire, while that wire usually had a little built-in Bluetooth receiver attached. Sure, it’s better than having that pesky headphone cable running from your head to your pant pocket, but it’s not exactly “wireless.”

True wireless earbuds remove all wires, where the left and right ear buds are completely independent. As you can imagine, these true wireless earbuds are widely popular and dominated on the market by the usual suspects: Apple, Beats, Jabra, Sony, Bose, Samsung and Jaybird. But sometimes, when you stray from the group, you are rewarded. That is exactly the case with the TrebLab xFit earbuds. 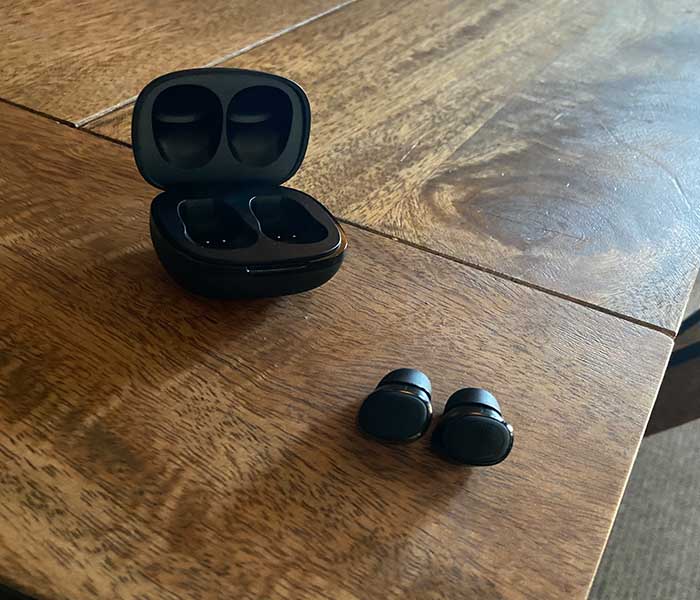 When I received the TrebLab xFit earbuds, I was curious to see how they would compare to the JLab earbuds and Apple Airpods that I already own. For starters, the xFit case, and earbuds themselves, are smaller than both the Airpods and JLabs. The xFit earbuds come with three sizes of tips. It’s good to have choices — Airpods don’t have tips while my JLabs came with several different sizes and styles of tips. Regardless, having any variety was welcome.

There was no need to swap out the tips, the one’s on the earbuds fit well — really well, in fact. I went for a handful of runs wearing the xFit and never had any problems with the earbuds falling out or coming loose. Once they are tucked in, they don’t go anywhere. I can’t say the same for my Airpods.

Once I was connected to the earbuds, my phone automatically recognized them every time I removed them from the case. And the connection between my phone and earbuds was solid. What’s especially nice is if your earbuds are disconnected from Bluetooth, but not turned off, they will automatically turn off after a couple of minutes. Many times have I been ready to go for a run and my JLabs are dead because I forgot to turn them off after my last run. 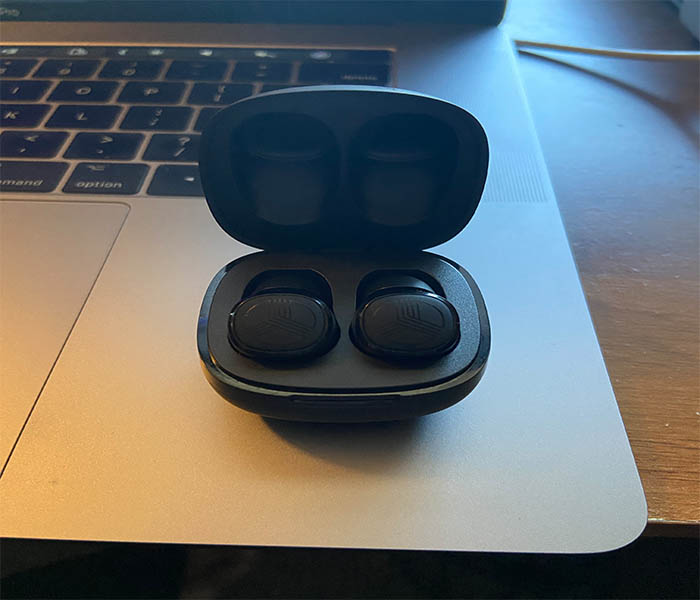 As far as sound quality is concerned, they hold their own against my Airpods — not quite as pristine, but also better than my JLabs. They have a surprising amount of low-end, yet it doesn’t drowned out any of the higher frequencies. Griz tracks thumped in my ears while the horns of Lettuce shined brightly and cut right through the mix. Even the bright and heavily layered guitar work in Radiohead songs remained clear without ever becoming too convoluted or sharp.

the xFit have essentially replaced my other ear buds as my go-to running earbuds, because they fit better than my Airpods and they sound better than my JLabs. But if I’m hanging around and not exercising, I still prefer the sound quality from Airpods, just ever so.

TrebLab claims these headphones get four hours at full volume on a single charge. For a battery test, I looped the Aesop Rock Impossible Kid album on regular listening volume until the earbuds battery ran dry. I was able to squeeze out five hours almost on the dot at regular listening volume. Although, the last five minutes or so are ruined by the “low battery” warning being repeated every minute. Once the battery was dead, I plopped them back in the case to charge, where it took about an hour to fully charge the earbuds, which is about expected.

I was overall impressed with these wireless earbuds. They fit well, sound good and have good enough battery life to last a cross-country flight. Plus, they’re only $50, which is a steal when you consider some premium earbud options run upwards of $250. Sometimes you get rewarded for venturing off the beaten path. 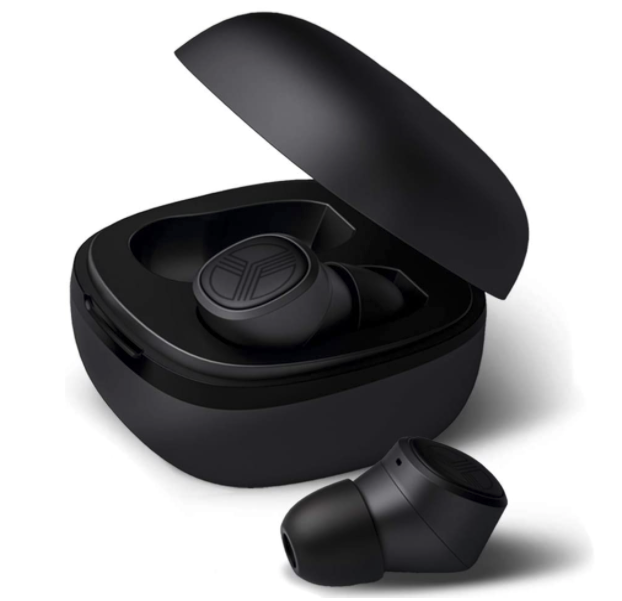 The best wireless bluetooth headsets for your new home office