TV manufacturers are always looking for the next big design that’s going to take the public by storm. In the early 2010’s, they thought it was going to be the curved TV, which lasted about as long as your teenage braces (and looked as good, too).

Before that, 3D TVs had a brief moment. So what’s the next step in TV design?

CES is the place where TV manufacturers roll out new concept designs for the first time to consumers. Sometimes, they literally roll them out. This year, instead of rolling up your TV, or disguising it as a coffee table or piece of artwork, TVs are going vertical.

What Is The Samsung Sero? 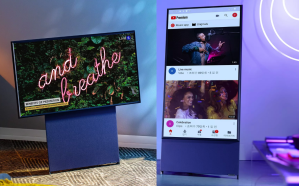 The Samsung Sero — Sero being Korean for vertical (we don’t think Samsung вертикальный has a very good ring to it) looks to capitalize on the popularity of social media. Think of it as a much larger extension of your phone.

Many smart TVs are able to cast or mirror the phone’s display on your TV, but due to the horizontal orientation of traditional TVs, videos from Instagram, Snapchat and TikTok aren’t given the justice they deserve. They’re awkwardly displayed with two giant black bars on both sides of the video, cutting the screen size into thirds.

That’s where the Samsung Sero looks to become a cornerstone in the TV market. At CES 2020, Samsung unveiled the Sero, a design that initially looks like your everyday TV, but after you press a button, the TV turns on its stand from horizontal to vertical orientation. Soon, the Sero will be able to play Tik Tok videos in all of their glory.

The Sero sits on a non-removable stand to provide it the clearance it needs to transform into a vertical orientation TV. We wouldn’t recommend trying to mount this beast — don’t make the mistake of first-time pool table buyers who don’t account for the length of the pool stick  —  you’ll probably end up putting a hole in your ceiling when it starts to turn.

The 43-inch TV, to no one’s surprise, is optimized for Samsung devices. All it takes for a Galaxy owner to start mirroring is tapping the phone on the side of the TV. For Apple users, it’s not quite as simple. You’ll need to use the remote to vertically switch the screen, but you’ll still be able to cast with Airplay 2.

So when will the Samsung Sero TV be released?

The vertical TV is already for sale in South Korea. However, Samsung plans to roll out the Sero in the second half of 2020. No exact release date has been announced yet.

Who Should Buy a Vertical TV? 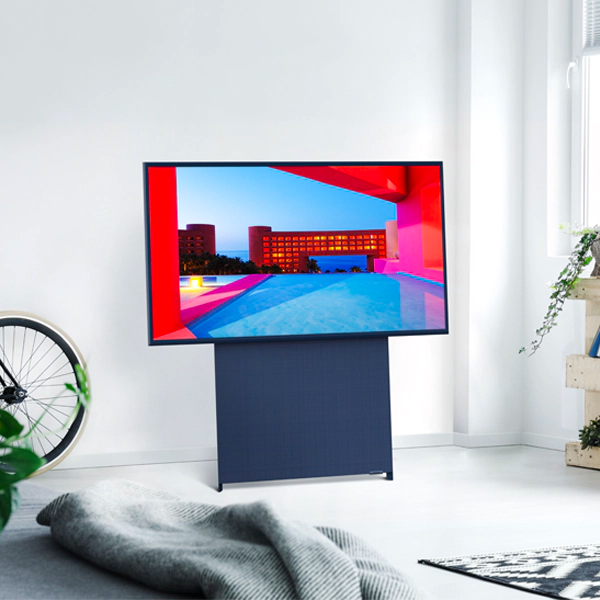 For people who still like to watch “traditional” movies and TV shows (do we call it traditional now?) on a horizontal screen, you’ll want to look for different TV models. When you break down the Sero specs, it might be the newest TV, but it certainly isn’t the nicest in terms of picture quality. It does feature QLED color and has 4K capability, but the edge-lit display isn’t up to par with some of Samsung, LG or Sony’s top-line TV models.

It’s not a surprise that Samsung is eyeballing the Gen Z market. People who create and watch content through their phones, but who also might be a little tight on living space, are the target market. The Sero is only a 43-inch TV and when flipped vertically, it really doesn’t take up that much room in a small apartment.

The Sero isn’t yet available for purchase, and no pricing or release date has been issued on the newest edition to the Samsung TV line.