Buying a television used to be a pretty simple process. You’d go in and figure out what set was big enough for your space and palatable enough for your budget and go from there. Nowadays, however, there are so many different types of display technology that it can be extremely difficult to figure out what all the acronyms mean. You may be familiar with TVs that boast an Ultra High Definition resolution (aka 4K TVs), but that only refers to the picture quality. Where you may have questions (and where things get really complicated) is when you’re faced with picking between an LCD, OLED, QLED, or AMOLED screen.

To make a long story short: these four different abbreviations refer to the actual lighting and display technology included in modern screens. If you were to zoom in and examine your TV’s screen with a magnifying glass, what would the individual pixels look like? Each type of technology comes with its own individual use case, but they all sound so similar that it’s easy to mix them up. Don’t fret though, as we’re here to break down the subtle variations between each and help you determine which might be the best for you and your individual home needs. Dive in with us below as we make sense of it all.

What’s the Best Display Technology, OLED, QLED or AMOLED? This is really the central question consumers have when shopping for a new TV, and we can’t give you a simple answer. In general, OLED is considered the pinnacle of display technology (although microLED screens are on the horizon), and right now you can buy new OLED TVs from Sony, LG and Vizio. The best OLED TVs offer better brightness, a wider color range and better viewing angles than most TVs. OLED technology also makes it possible to make really thin screens, which is why so many of the thinnest TVs are OLED.

Of course, not everyone agrees with this assessment, and Samsung will tell you that its QLED screens are superior to OLED. For the record, we disagree, although it is true that Samsung’s best QLED TVs win with regards to brightness specifically.

To keep things simple, most display experts consider OLED to be the current leader in image quality, followed by QLED and LCD. AMOLED is typically used in laptops and phones, so it’s less relevant when shopping for a TV.

What Are LCD Screens?

In addition to reminding us of one of the best indie rock bands ever, LCD stands for “liquid crystal display.” Those liquid crystals function as sort of a canal for light to either pass through (or not pass through), which in turn, helps to generate the colors and images on the screen. Until recently, the majority of modern TVs featured an LCD screen, meaning the actual screen display that you’re watching is constructed out of liquid crystal. LCD TVs are thin and light and have become the standard for most flat-screen televisions over the last decade. Newer TVs may feature OLED or QLED display technology instead, which we’ll cover shortly. LCD TVs are also powered by a backlight, which illuminates through the crystals, working in tandem to produce the final image on your television. 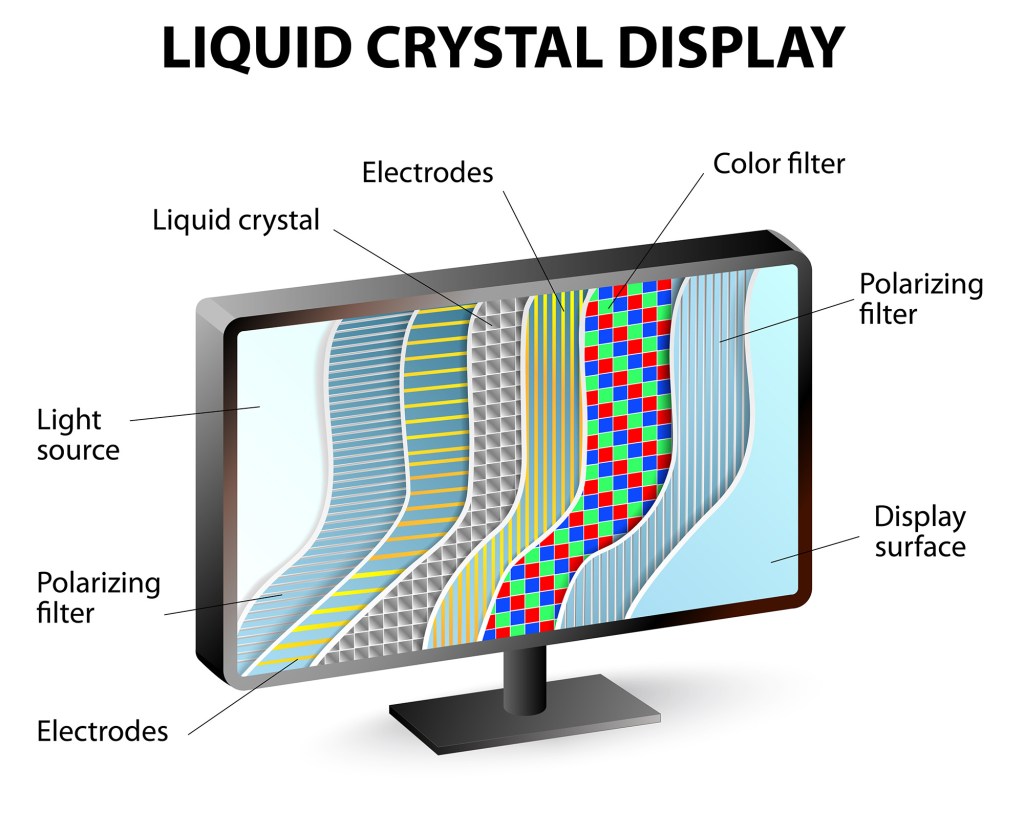 What Are LED Screens?

LED screens are very similar to LCD screens, and both types of display technology use liquid crystal technology. However, while LCD screens use fluorescent backlights, LED displays do not. Instead, LED displays use individual light-emitting diodes (hence the name) to create the colors and images on the screen. Essentially, each individual diode is a very tiny light. And because each pixel in an LED screen is its own light source, LED TVs generally offer better picture quality, brightness and thinner displays. Today, the majority of 4K TVs feature LED screens, while premium models use OLED or QLED displays, which we’ll cover below. 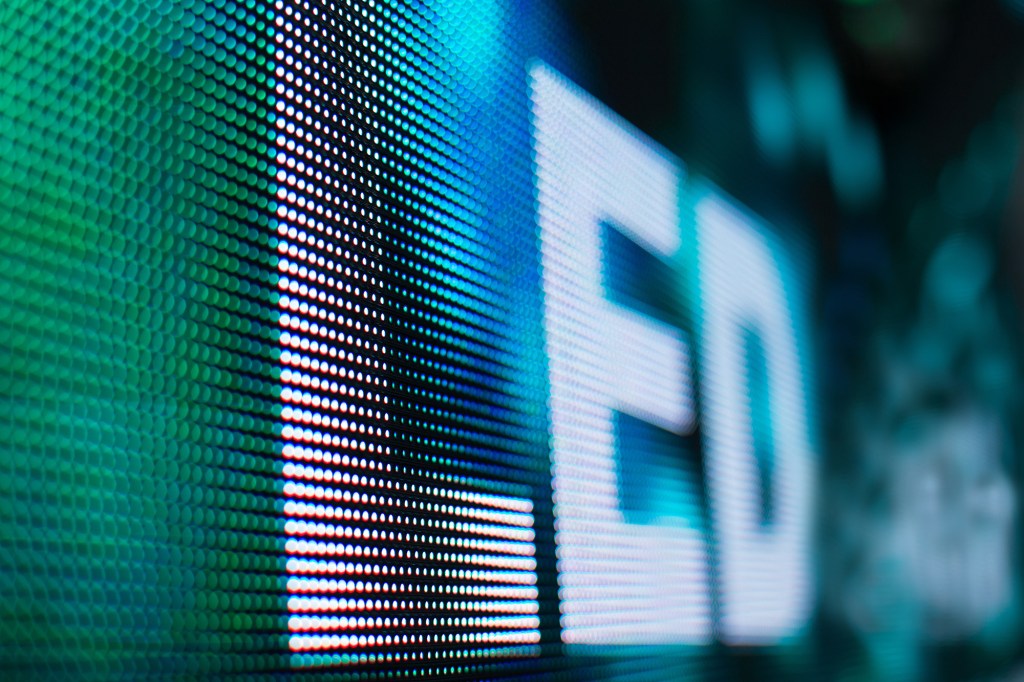 Close-up view of individual light-emitting diodes on an LED screen. Licensed from Adobe

What Are OLED Screens?

OLED, or “organic light-emitting diode,” is a significant step up from LCD TVs. With an OLED, each pixel in the TV screen is a small LED light, capable of emitting both light and color. This combination makes the need for a dedicated backlight obsolete, thus making it possible to create even thinner TVs. The other significant benefit of an OLED TV is its ability to produce richer dark tones. See, because the image is produced by a multitude of individual LEDs, they all cycle on or off to generate your picture, resulting in black hues that are darker. Ultimately, this helps to give the TV an overall better image, as the subtle change goes a long way in making a difference. OLED TVs are also great for gaming, thanks to an increased image refresh rate and response time. 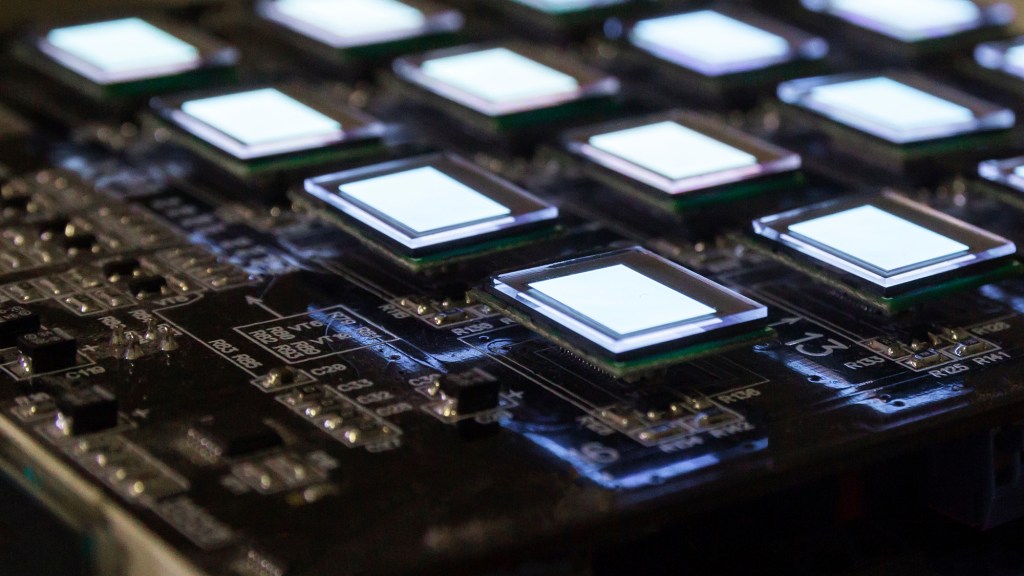 What Are QLED Screens?

In recent years, Samsung has gone all-in on its QLED screens, which is why you can’t currently buy a Samsung OLED TV (at least, not yet). A QLED screen is an LED screen that uses quantum dot technology, so we’ll first need to explain what LED screens are. In an LED screen, the picture is created by tiny pixels, each of which is created by individual light-emitting diodes. According to Samsung, “Quantum dots are manufactured nanocrystals that consist of ultra-fine semiconductor materials. The purpose of a quantum dot is to produce different colours of light depending on the size of the particle at that very moment.”

QLED (quantum dot light-emitting diode) functions pretty much the same as an OLED, only that the LEDs included in these TVs are thought to be brighter and more colorful. Due to their brightness, QLEDs function better in brightly-lit rooms (i.e., if the room you’re watching in gets a lot of sunlight). Samsung favors QLED displays, so you’ll find a whole suite of TVs from the brand utilizing that technology. Due to the quantum dot nature, you don’t have to worry about burn-in (i.e., a pixel losing some of its standard brightness, which can cause images to permanently linger on your screen) as you would with an OLED TV.

While QLED screens are better and brighter than LCD and LED displays, OLED tends to win out in performance tests. Even so, Samsung’s QLED TVs are hardly an also-ran in the premium TV category, and the superior brightness can be a big benefit in some use cases. 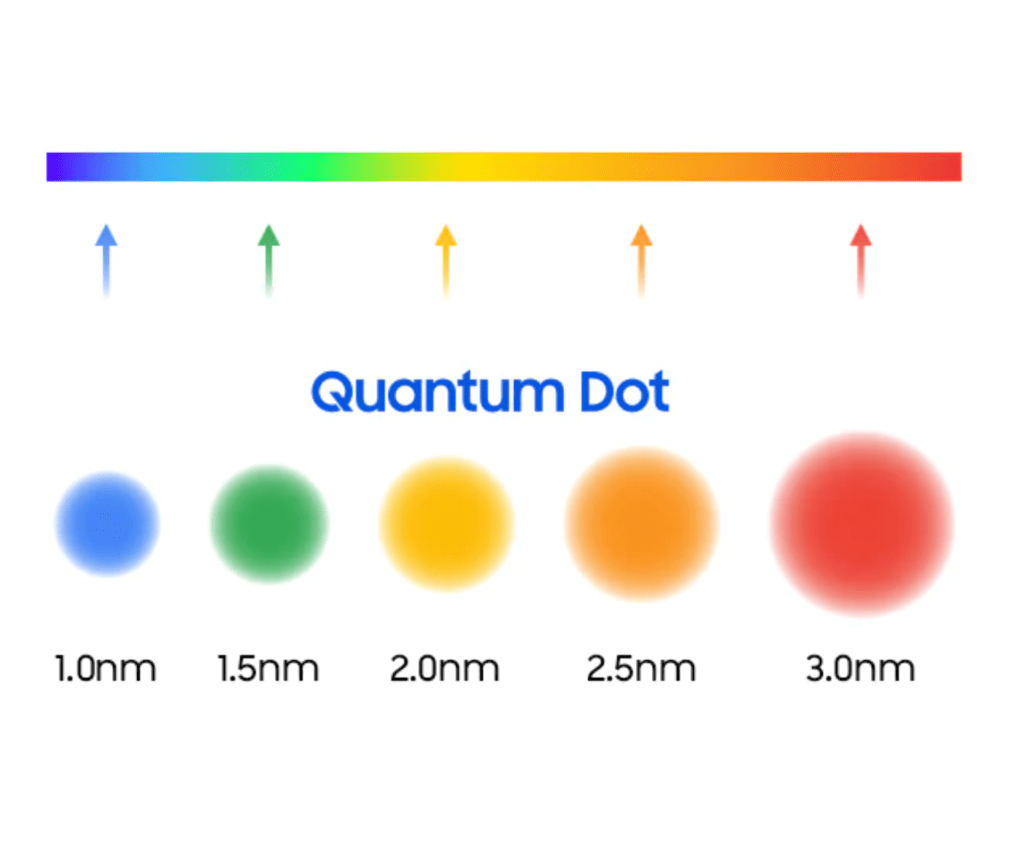 What Is an AMOLED Screen?

It’s easy to think that AMOLED (active matrix organic light-emitting diode) would refer to televisions; however, the technology is used almost exclusively on mobile devices and laptops. Another Samsung innovation, AMOLED, functions similar to OLEDs — individual pixels produce both light and color — offering a “120% color volume” according to the brand. Additionally, AMOLED helps to protect viewers from pesky blue light. 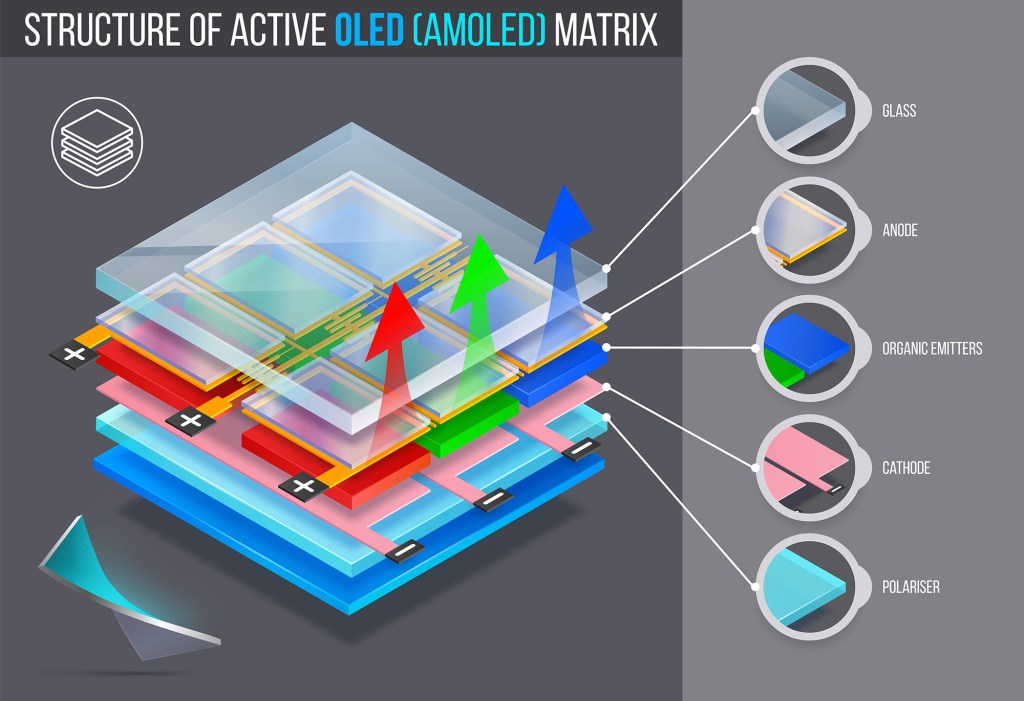 Seriously, Though, Which Is Best?

When it comes to figuring out what bit of display technology is best for you, it’s going to come down to personal preference and your overall budget. As we mentioned, LED TVs are the industry standard over the last few years, which means you can buy a large flat-screen TV for $500 or less. However, if you’re looking to invest in a new television for a brand new gaming console or to take advantage of 4K video, going the OLED or QLED route is best.

When comparing both OLED and QLED, again, it’s likely going to come down to personal preference. QLED gets knocked a bit for sometimes for overexposing its colors, resulting in a picture that can be too saturated and vibrant, but this tech also allows for bigger screens and better overall performance in brightly lit spaces. OLED, on the other hand, is ideal for gaming and watching movies. At the end of the day, it does come down to what your eyes think is better, but we personally prefer OLED over QLED in most cases.