Let’s keep it real: the majority of people in this world will never find the need to purchase a photo booth for their home. But, you’re not like everybody else. And you need to figure out where to buy a photo booth for snapping silly pics with pals in the comfort of your own basement, at-home bar or man cave.

Because why the hell not?

Photo booths have been popular for decades now as main staples in bars, movie theatres and arcades across the country. From first kisses with your significant other to those times you’ve piled up with your buddies exceeding the number of people allowed inside, photo booths have provided memories to us via four-photo keepsakes dispensed post-shoot. You’ve hung those photo strips on your fridge, glued them to your locker and shoved them in junk drawers for a flood of memories to appear every time you come in contact with ’em. So, why wouldn’t you want to create similar memories you’ll cherish forever right in your own home?

Because we’re going to assume you don’t want a photo booth taking up space in your kitchen, we only suggest you snag a photo booth for your home if you have the space in a finished basement, at-home bar or a snazzy looking man cave. They aren’t the most realistic at-home item for most, so if that’s the case, we suggest you check out the best instant cameras instead. Same but different, right?

From house parties to family bonding to no-needed reason, see below for the best photo booths you can purchase for your home now.

Hammacher Schlemmer’s Instant Post Photo Booth is the photo booth of the 21st century. Not only does this photo booth create print strips like the old-school classics you’re used to, but it has the ability to post photos directly on social media for instant sharing with friends and family. It uses a Windows-powered computer system with a touchscreen LCD that allows for varying image preferences such as different borders and colors. It comes with an included roll of film that can produce up to 2,400 pictures before needing to change. It’s even got speakers to connect music if you’d like. 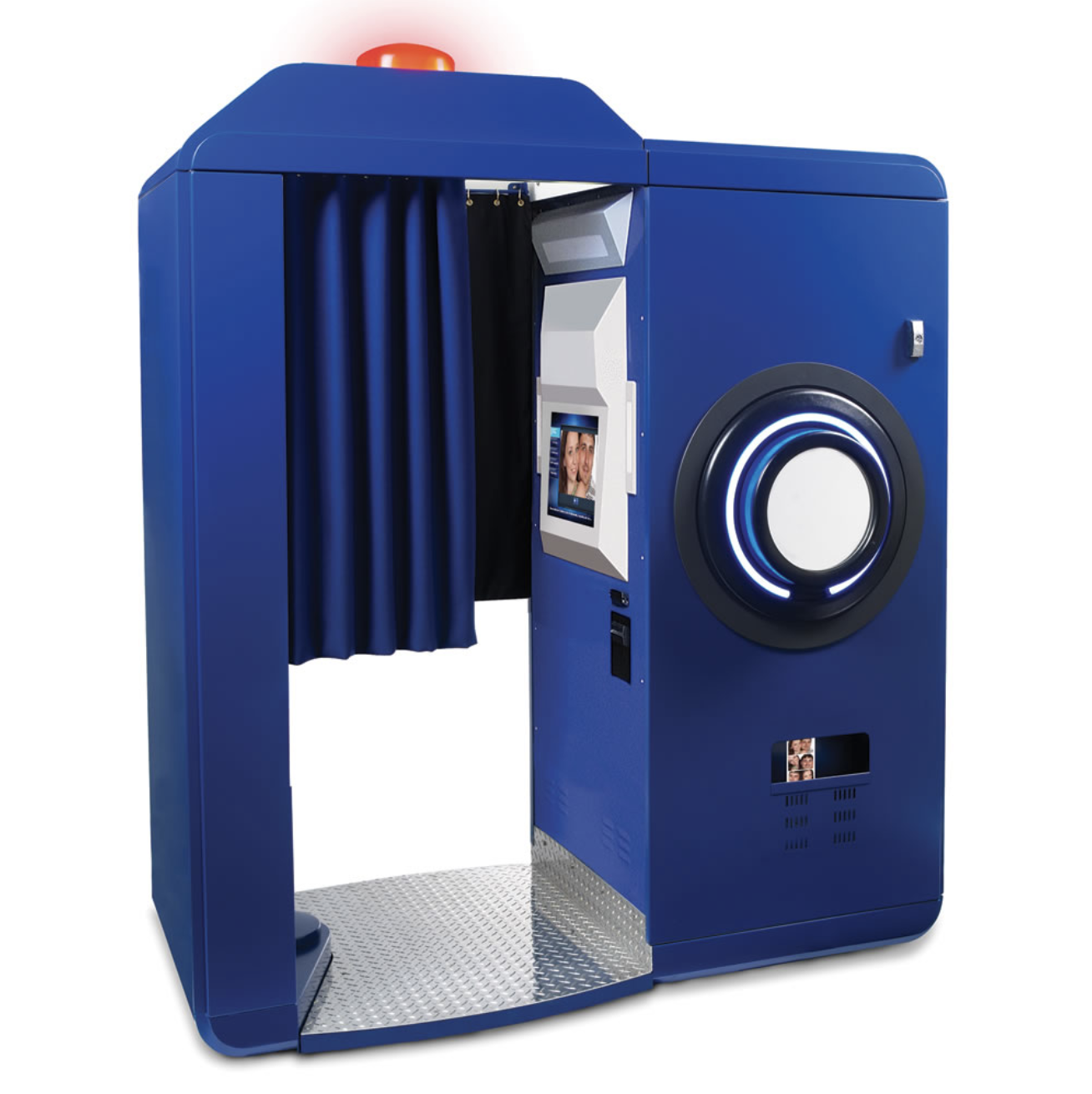 The Polaroid Red Instant Photo Booth takes everything you love about photo booths and combines it with the convenience of modern technology. This instant photo booth is perfect for events, man-caves and she-sheds alike. This device comes with a stand but can also be mounted on a wall. The 10-inch touchscreen makes it easy for guests to preview their picture and snap the perfect selfie or group photo. Photos print instantly but can also be shared wirelessly. (It’s also a few thousand dollars cheaper than the alternatives.) 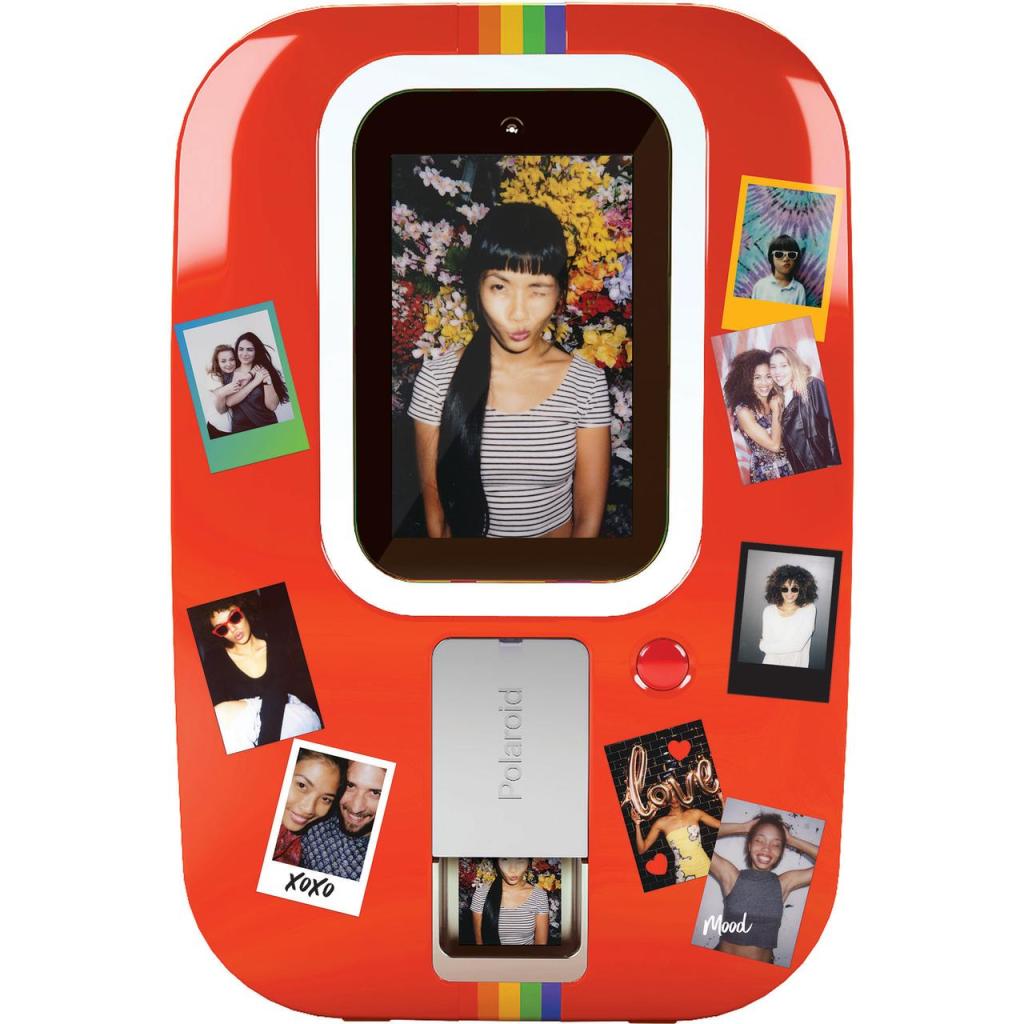 Tell us we didn’t find the exact replica of the one you remember best as a child. This vintage photo booth is a non-refurbished option in complete working order for those of you trying to keep it super old-school. Included with your purchase, you’ll receive technical support and refurbish instructions. You’ll also be able to print both color and black and white with this booth. The company selling this photo booth currently has just six left at the time of writing, so you better get a move on it if you want one for yourself. 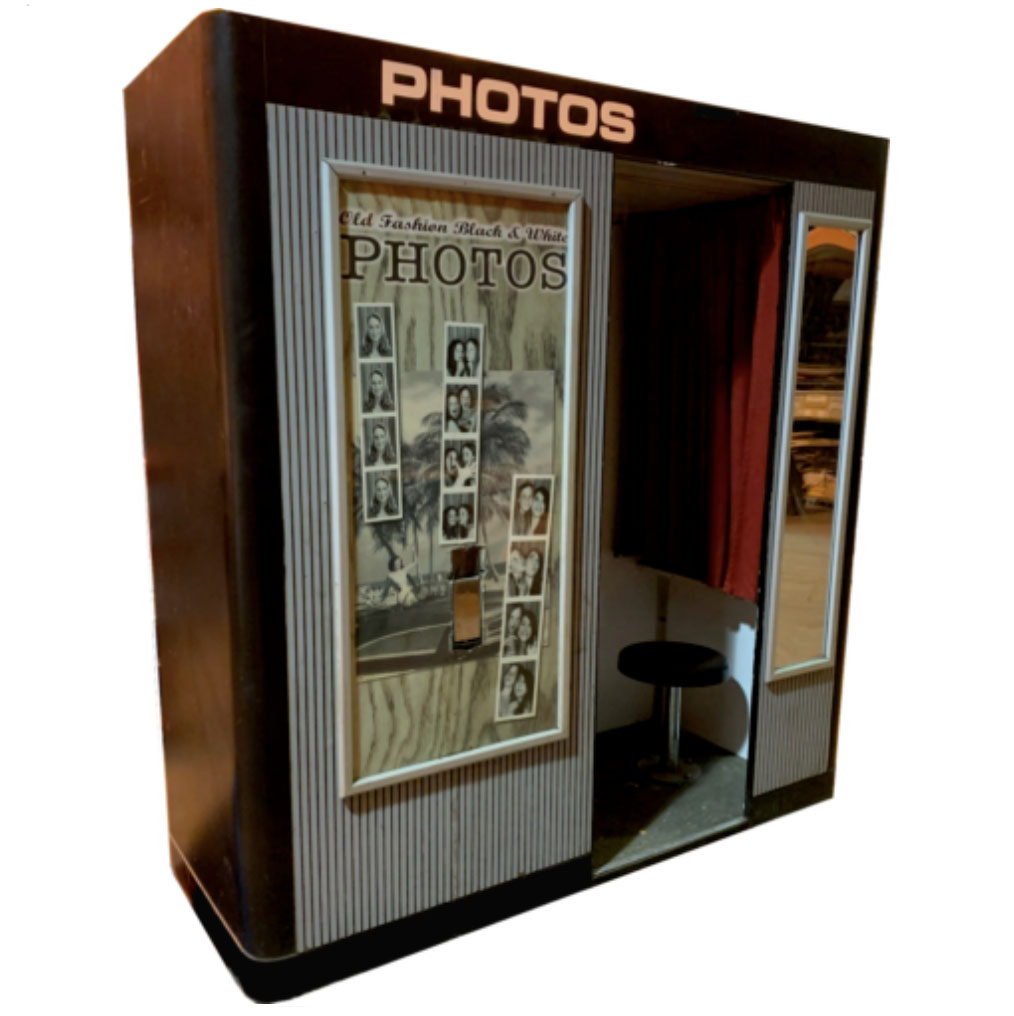 For that more arcade-centric look, consider the Fun Stop Photo Booth sold by The Pinball Company. The company prides itself by stating this photo booth is the “absolute best in the industry”. They claim to never have received a complaint or service issue after selling to tons of people across the country, too. Cost per use is around 25 cents if you want to snag some extra coin from friends and family members. It even has an anti-theft program that snaps photos if the cash box is disturbed. 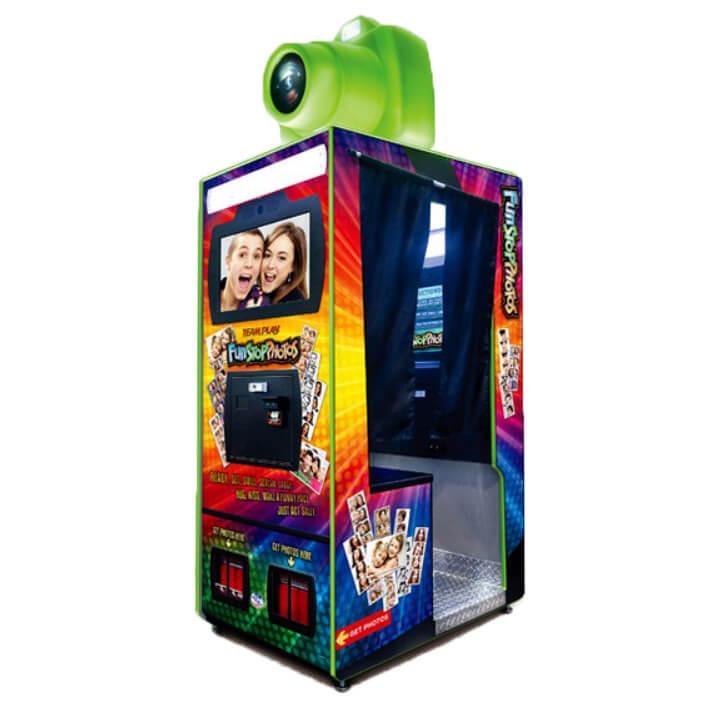 Courtesy of The Pinball Company

Looking for something a little more mobile for easy transport when needed? Well, you’ve found it. The Face Place Photo2Go Photo Booth has a built-in dolly system for easy moving when tipped. This is excellent if you’re looking to make a little extra cash on the side by being that one dude in town with a photo booth. This booth is complete with touch screen navigation, a Mitsubishi dye-sub printing system and the ability to record audio and video. 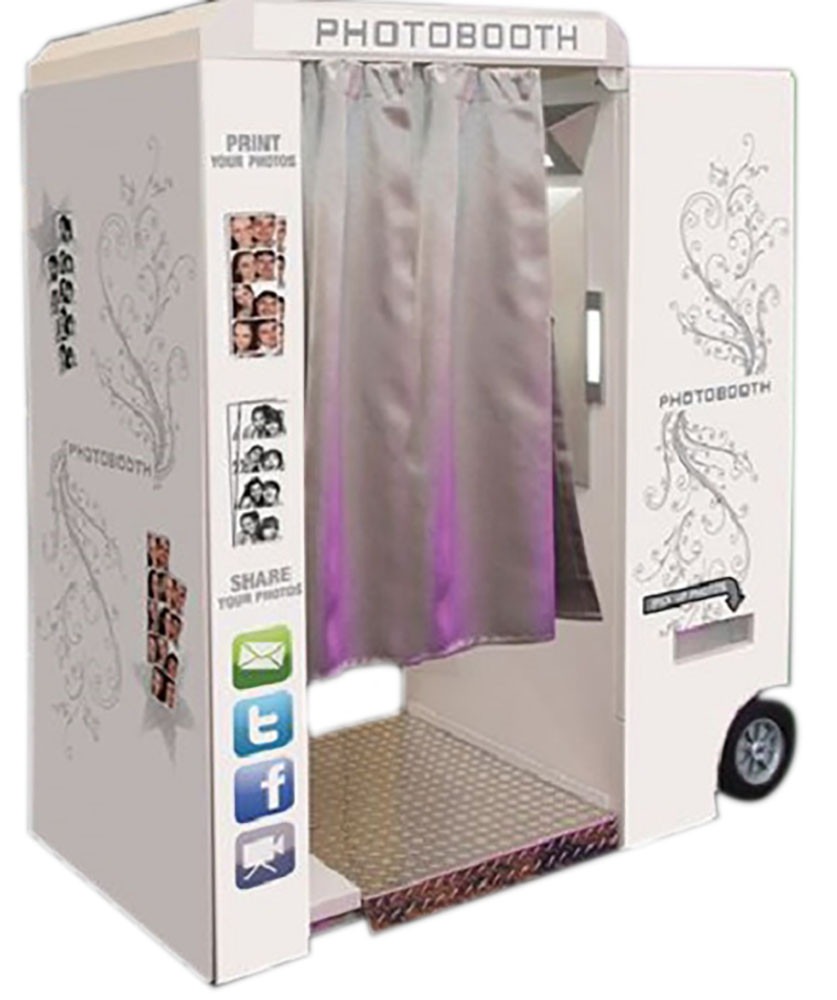 The Best Mirrorless Cameras You Can Buy