Even if you invested in a dual-band router and spend serious cash each month on high-quality internet, it’s still possible to have dead zones. If your WiFi only works in some parts of your home or office, it can feel like you’re back in the days of dial-up. Rather than giving up on modern technology and going to live in the woods, it can be worth investing in a WiFi range extender.

What To Consider Before Buying a WiFi Range Extender

Before buying a WiFi range extender, it’s worth verifying that the problem you’re facing is actually dead zones or limited reach. In some cases, you might have other issues related to your ISP or a bad router. But if you are experiencing slow connections in the bedroom but not the living room, for example, then it might in fact be an issue of signal strength. A WiFi range extender is an economical, simple way to help your WiFi reach different parts of the house.

WiFi range extenders work by repeating the signal from the router and boosting it to dead zones and areas where the WiFi is weaker. This can be especially helpful in homes and apartments with multiple levels or thick walls, or you can use a WiFi range extender in your small business.

However, WiFi extenders are not without their shortcomings. WiFi extenders can create a new network with a new name, and it can be tedious to switch between the two.

How We Chose the Best WiFi Range Extenders

The best WiFi range extenders can improve your home’s internet, but they’re not all the same. That’s why we turned to brands we trust, such as TP-Link and Netgear, which have had a long history in making internet technology.

In addition to range extenders, we considered some alternatives, such as a mesh system. A mesh system is designed to replace your existing WiFi system, and consists of multiple units. These can provide a more seamless browsing experience since all of the components work with one another.

The TP-Link AC1200 is a great, economical option for your home. The range extender supports up to 32 devices at speeds of up to 1200Mbps. It also provides stable dual-band connections, allowing you to prioritize your most important devices. The indicator light makes it easier to measure the signal strength from your router for the best results.  Whether you have a larger home or use a lot of devices, this extender will help keep them connected. 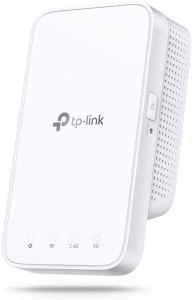 This range extender from Netgear is an affordable option for those who just need to extend their basic WiFi. It’s less powerful than the other options; the top performance is 750 Mbps. It increases the range of the router up to 1,000 square feet, and it plugs directly into an outlet for ease of use.

Pros: Affordable, easy to set up.

Cons: Not as powerful as the other options. 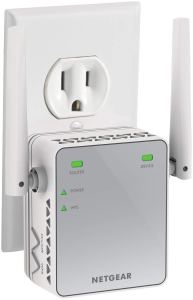 Even if you’re not familiar with the name, you’ve probably come into contact with TP-Link’s products at least a few times in your life. That’s because they’re the biggest provider of WiFi products in the world. This extender is designed to boost your router’s range by up to 800 square feet. You can also connect up to eight devices through the extender. Plus, it’s designed to be easy to set up.

Pros: Extends router’s range by up to 600 square feet. Easy setup. Connects up to eight devices. 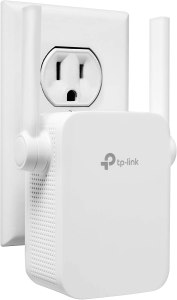 A good alternative to a WiFi extender is a mesh system. It’s more expensive out of the gate, and you have to replace your existing network. But it’s ultimately more efficient, and the components work more seamlessly with one another. This option from Google is available in a one-pack, which you can later upgrade, or a three-pack if you know you need a lot of coverage. The latter is capable of covering 4,500 square feet.

Pros: Efficient system. Available in one or three-pack depending on your needs. Mesh system runs more efficiently and seamlessly than an extender.

Cons: More costly than an extender, and requires replacing your router.

This dual-band repeater can support 2.4GHz and 5GHz speeds, and it’s capable of automatically switching between bands. The maximum coverage is 1,292 square feet, allowing it to offer wide coverage for larger spaces. Included is an Ethernet port, so you have the option to connect directly to your router. 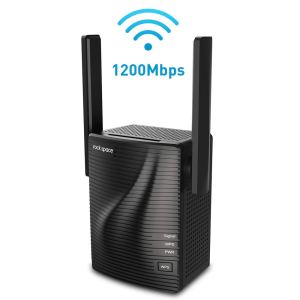