The Xbox Series X/S consoles may have released in November, but as 2021 heads out of winter and into spring, these next-gen consoles are still in extremely short supply. In addition to the pandemic, scalpers, price gougers and bot snipers have made it seem like emerging victorious during an Xbox restock was impossible.

But in recent weeks, getting your hands on a new Xbox Series X/S actually seems possible. During one Xbox restock at Walmart, we even managed to get an Xbox Series S into our shopping cart.

That said, getting one of these consoles still isn’t easy. But if you’re on top of your shopping game, you might just end up with one of the hottest gadgets of 2021.

Walmart is the most recent retailer to deliver an Xbox restock, though how many units they have available for sale is unknown. So if you want a new Xbox Series X/S, we recommend moving quickly.

If you strike out this time around, we’ve also provided all the console-hunting intelligence we have, which includes info on the previous Xbox restock, tips to successfully buy one of these consoles, and the best retailers to keep an eye on.

Beginning at 2:30 p.m. EST, Walmart fired up another round of Xbox restocks for the Series X and Series X. At 3 p.m., you will also have the option of purchasing either console as part of Microsoft’s All Access subscription plan. These will go quick, so we recommend clicking these links ASAP. 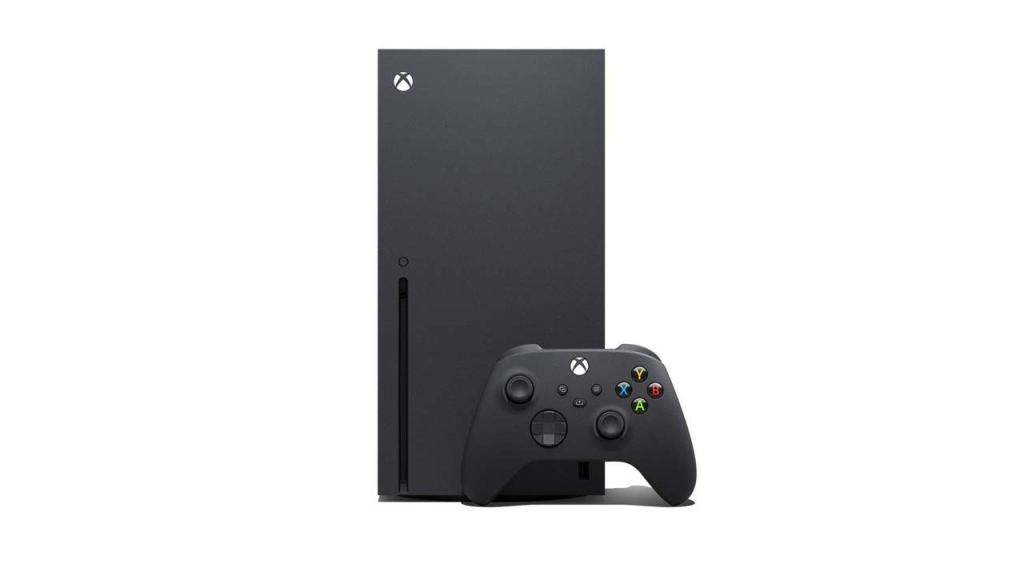 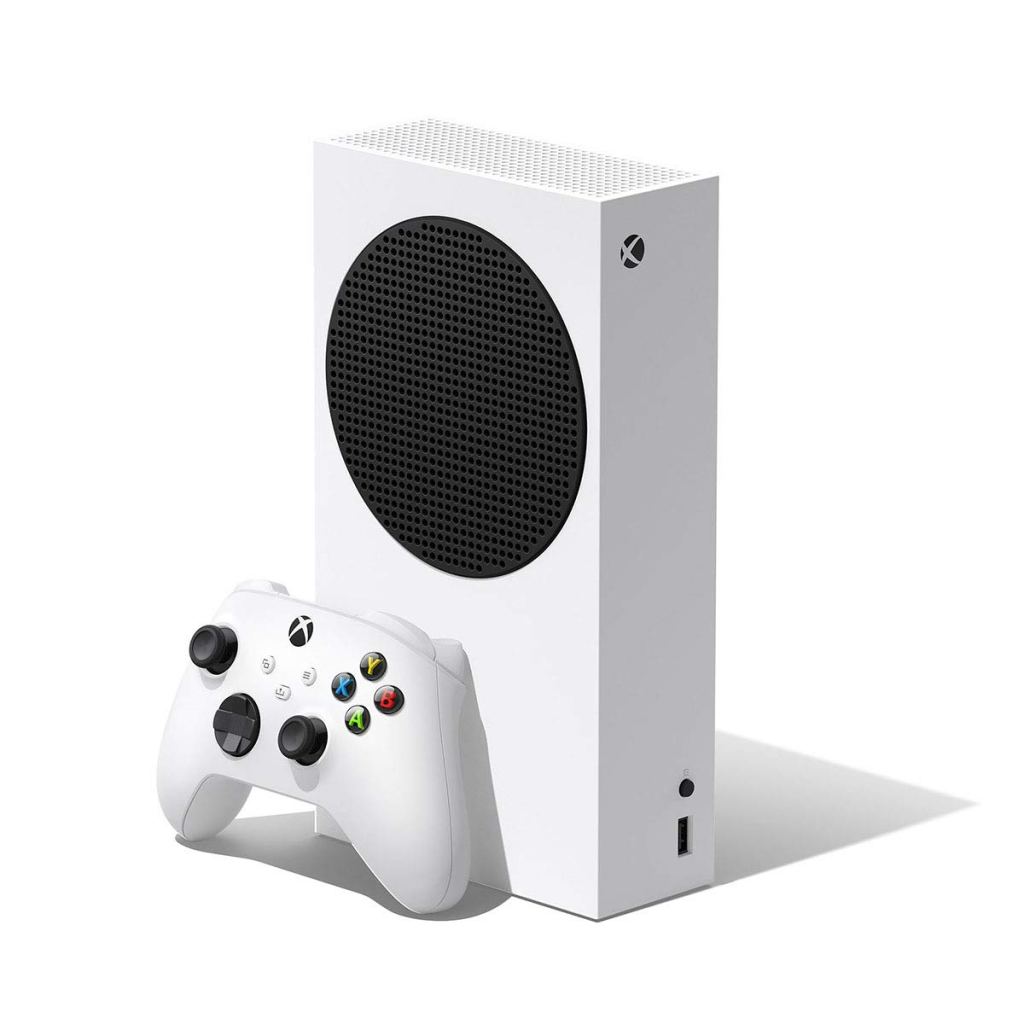 Curious why the Xbox Series X/S has been so scarce in 2021? Well, it comes down to three factors: high consumer demand, an unusually low supply (thanks, pandemic!) and scalpers. Every console launch involves these factors to a degree (pandemic excluded), but this launch has been particularly painful as more people are shopping online than ever before. Naturally, price gougers have capitalized on all this and snatched up what little supply there is during Xbox restocks by using bot snipers.

But what about the Xbox Series X makes it such a hot item? Well, it’s a truly next-generation console, which means it has an AMD Zen 2 CPU and RDNA 2 GPU. With these guts, it’s capable of 4K resolutions, 120Hz frame rates and advanced lighting effects like ray tracing. This makes things look more realistic than ever.

The Xbox Series S is the slightly less powerful, but considerably more affordable alternative. While it’s only capable of 1440p graphics and lacks a disc drive, its $299 price point makes it the most affordable next-gen console at the moment. Plus, we love its small size and Braun-inspired design.

Being prepared for a surprise Xbox restock will require a combination of advanced warning, preparation and a little bit of luck. But knowledge is power, which is why we have a few pointers for giving yourself the best odds possible.

Find Out About Xbox Restocks Before They Happen

Successfully obtaining a console during an Xbox restock requires some preparation and planning. If you know what to expect, you’ll encounter fewer hurdles that will delay your attempt. But the only way to prepare is if you know when an Xbox restock is happening ahead of time. How do you do that, you ask? First, bookmark this page and check it frequently, since we’ll be updating it as we get the latest news. But there are a few other tricks as well.

Per the official email from corporate is Thursday March 11. My live stream will be 6am EST – 9am EST Thursday, as no time was given.

I’ve shared this info with @mattswider who is now releasing an article for Tech Radar (1 of 2) pic.twitter.com/xx8qjpd5ZY

Following industry insiders on Twitter, such as @Wario64 and @Jake_Randall_YT, can give you a jump on other shoppers. They frequently have the scoop on Xbox restocks before other sources. You can also set up a Google Alert, which will email you whenever a website or publication makes mention of an Xbox restock. (We recommend the search terms such as “Xbox restock,” “Xbox in stock,” “Xbox inventory,” or “Xbox available.”)

Another option is to use a third-party site such as NowInStock, which monitors retailer inventories and sends alerts when an item is back in stock. But the Xbox Series X/S is selling so fast that we feel like they will sell out before you even receive one of these notifications. Still, checking these sites can be helpful for getting a sense of the rhythm at which these Xbox restocks occur.

Have All Your Shopping Account Info Filled Out and Saved

Just because you have an item in your online shopping cart does not mean your transaction is guaranteed. This means you have to move through the process as quickly as possible, and a good way to do that is to have all your shipping and payment info stored on retailer sites ahead of time.

As you can imagine, there would be no worse feeling than getting all the way to the payment page and missing out on a new Xbox Series X/S because you took too long filling out your info.

While an Xbox restock may have a scheduled date and time, things are always subject to change. Whether a retailer decides to make its Xbox Series X/S inventory available ahead of time, or simply has technical difficulties, do not assume they’re in perfect sync with your clocks.

Because there are plenty of other eager shoppers also circling the waters at the same time as you, some retailers will have a digital waiting room or queue. It’s not always clear when they begin letting people “line up,” so checking a retailer’s Xbox product page before the drop time can make a huge difference and cut down on your wait time.

this is my first time. woo hoo! pic.twitter.com/jSkxjp8q7P

We would start keeping tabs on the Xbox Series X/S product page an hour before, and refresh it more frequently as it gets closer to its scheduled drop. That way, if the page is loading slow or the site is down, you can be prepared.

There are some savvy shoppers who already have their Xbox Series X/S, and according to them, using the mobile app will load pages and process transactions quicker than using a web browser. 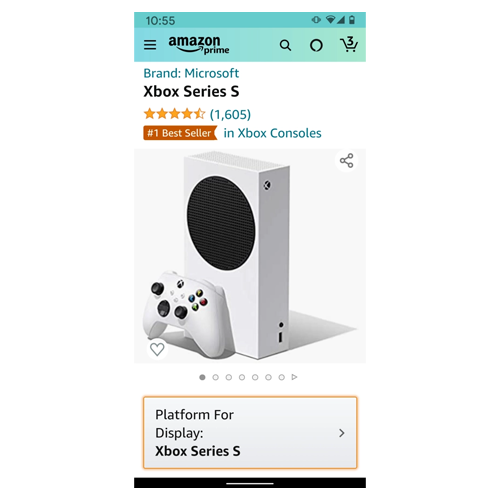 While there’s no proper way to empirically confirm this, it certainly couldn’t hurt.

There may be a situation where you do every last thing right and get a Xbox Series X/S into your shopping cart, but can’t complete the transaction. If this is the case, DON’T delete the Xbox Series X/S from your shopping cart. Instead, leave it there, and the next time there is an Xbox restock, simply load up the checkout page and try to complete the transaction. 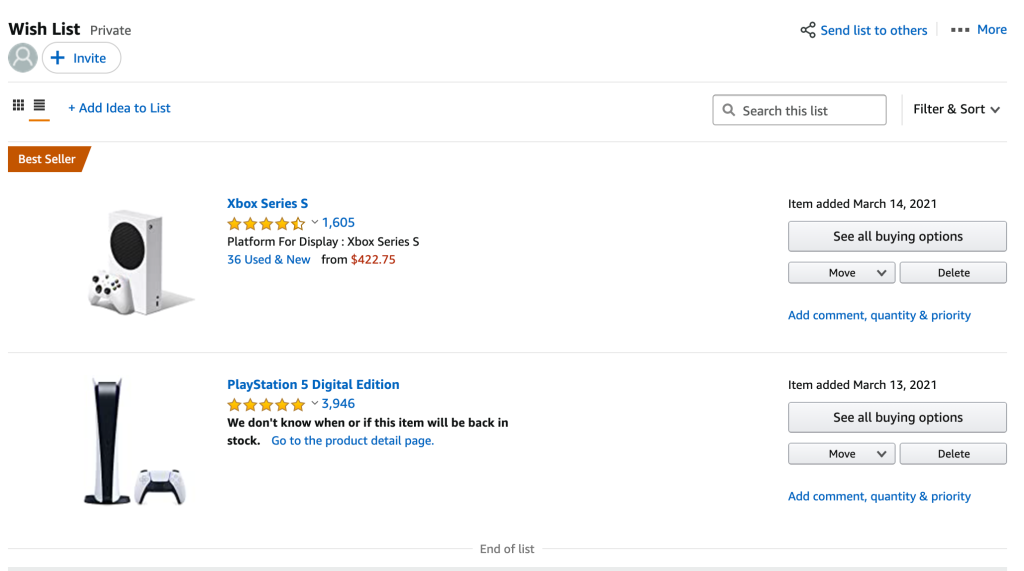 Alternatively, Amazon shoppers have found success with adding the Xbox Series X/Sto their Wish List while it is still unavailable, and then when a restock does happen, completing the transaction from their Wish List page.

Whatever You Do, Don’t Buy From Sketchy Twitter Accounts, Price Gougers or Unknown Retailers

Given the high prices the Xbox Series X/S can fetch on the resale market, scams around the console are common.

You’ll often see people in Xbox restock threads offering to sell Xbox Series X/S consoles they’ve obtained. You’ll see resellers on Amazon charging double the price. And you’ll see retailers you’ve never heard of before with a magical supply of the consoles. Some of these could be on the straight and narrow, but aside from the fact that you’ll be paying much more than you should, there’s a chance that you end up with a fake console or no console at all.

If you’ve waited this long, there’s no point in caving now when the Xbox Series X/S is more available than ever. Instead, be patient and stick with the official retailers. Sooner than later, you will get your Xbox Series X/S.

The Best Retailers to Check for Xbox Restocks

So now that you know all the best practices for making these online retail sites work in your favor during an Xbox restock, the only thing left to do is to go and try to successfully buy an Xbox Series X/S. It will be an epic quest for sure, but we have faith in you. And to get you started on your way, here are the six retailers that will give you the best chance of tracking one down. Good luck!

The Ultimate Guide to Buying the Best Gaming Console in 2021