There’s plenty of reasons you’d want multiple controllers available — you want different options depending on whether you’re playing a first-person shooter vs. a racing game, or maybe you’re having friends over for a gaming marathon. Whatever the reason may be, you’ll want to be equipped with the right Xbox controller.

Xbox did an awesome thing by allowing backward compatibility with Xbox One controllers to the Xbox Series X, so you can bring along your favorite Xbox One controller to your new console party. But, if we’re being honest, it’s always better to upgrade.

When it comes to supplemental or alternative Xbox controllers, the name of the game is control. These alternatives provide more control sensitivity as well as customizable button mapping and layouts so serious gamers can get the absolute best performance from their controllers.

Of course, getting another Xbox controller isn’t just for hardcore gamers. Having extra controllers available is ideal for when friends come over and you want to play an impromptu battle on Halo or match in FIFA. And you don’t have to buy the most expensive or awesome controllers available like the Elite Series 2 Controller just for your friends. They don’t need all of the adjustable button tension, weight or a USB-C charging port that the Elite Series 2 provides to enjoy their gaming session at your house (although you might want to get one for yourself — these controllers are awesome).

The quickest way to level up your gameplay is by upgrading the component that lets you control the game. When your controller feels like an extension of your hands, you’ll be quicker, strong, faster, and better than your competition. For those reasons, we had to put the Eliter Series 2 first. It truly is the best of the best out right now. But hey, you get what you pay for and this is easily the priciest standard controller on our list. 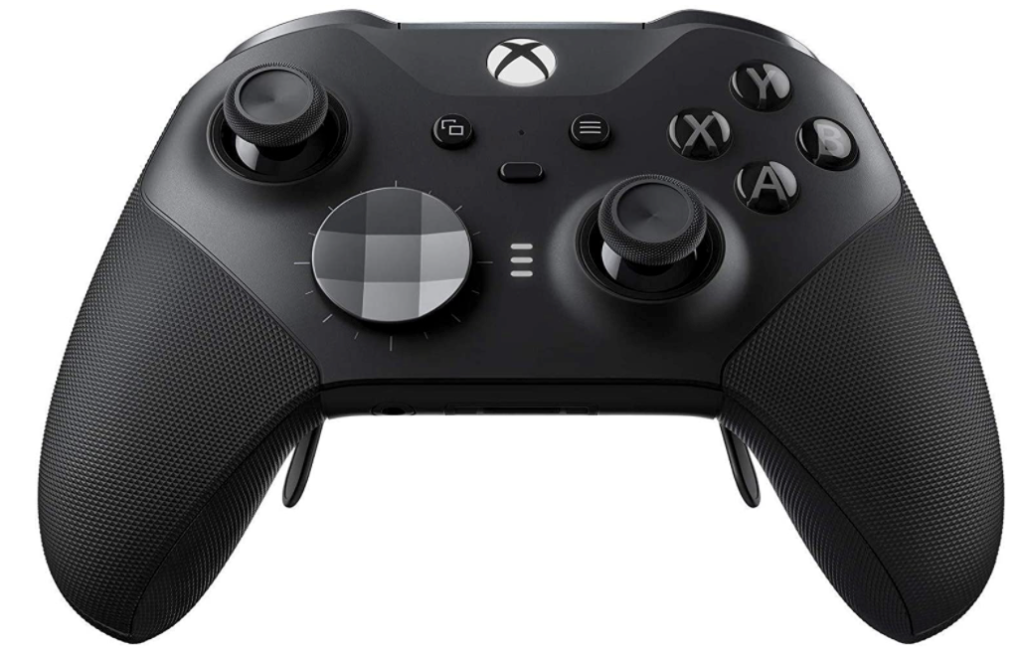 The Razer Wolverine Ultimate has the familiar comfort and feel like the Elite Series and a ton of customization. It comes with swappable analog sticks and D-pads. Plus, buttons can be remapped and even the sensitivity of the buttons can be adjusted. This is like having gaming mouse or keyboard level customization but in your Xbox Series X controller. Plus, it has vibration settings (which can be adjusted as well) and lighting that sets it apart from other controllers. 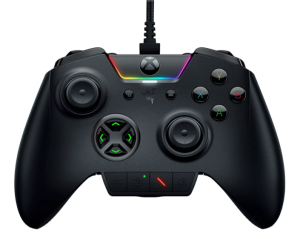 There’s a reason gamers call this Xbox Series X controller “ol’ trusty” (nobody calls it that). It’s comfortable, reliable and forgoes all of the extra frills, yet simply is the controller that you’ve come to know and love. It can be used both wired and wirelessly and has Bluetooth so you can use it with an adapter (we’ll get to that later) to play on a Windows 10 computer. It does require batteries for wireless use, which is a little bit of a drag, but expect about 40 hours of gameplay before you need to swap them out. 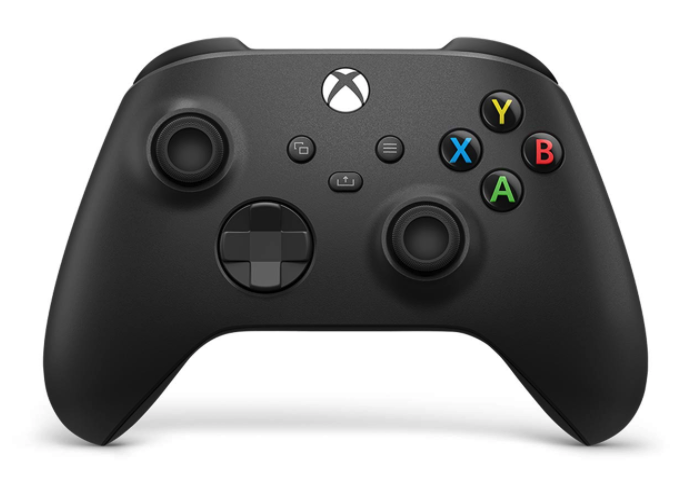 This wired option is not only affordable, but it’s also solid and reliable. It’s not constructed cheaply like other sub-$50 alternatives. For the most part, it feels like a Core Xbox Series X controller, other than the buttons are a hair less sensitive. When you have the buds coming over for a gaming session, this controller is a great option for extras when your friends forget to bring their own. 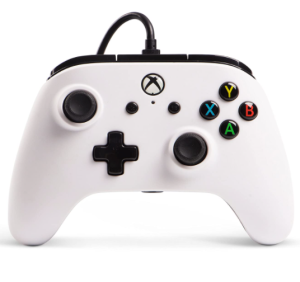 Particular gamers will appreciate the customization that the Thrustmaster ESWAP provides. Beyond switching out different D-pads and joysticks, you can also change where they are placed, providing different layouts of the buttons for different gamer’s preferences. There are also shortcut buttons as well as trigger locks to make your actions a bit quicker. Beyond that, there are additional buttons for controlling volume, switching between user-profiles and button mapping that are readily available. 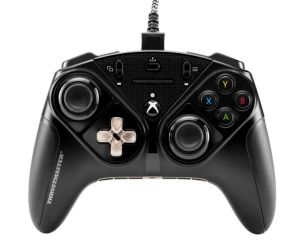 With the Xbox Series X controller adapter, you can use your Xbox controller on your Windows 10 computer and game the way that makes you most comfortable. The best part about the adapter is that you can connect up to eight different controllers on a single adapter, so you and your buds can jump in on a single battle royale when you’re all together. We know you’re an Xbox gamer at heart, but it’s easier to have a good time on your PC when you get to use the controller you know and love. 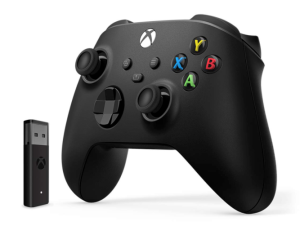 To truly immerse in your favorite racing game, the only way to go is with a steering wheel and pedals. Few racing setups in this price range feels as tactile with realistic feedback. Everything from the non-slip steering wheel to the two pedals feel solid. That’s right — there are only two pedals, so shifting is done using paddles on the steering wheel, but for under $150, that’s a small trade-off for most. 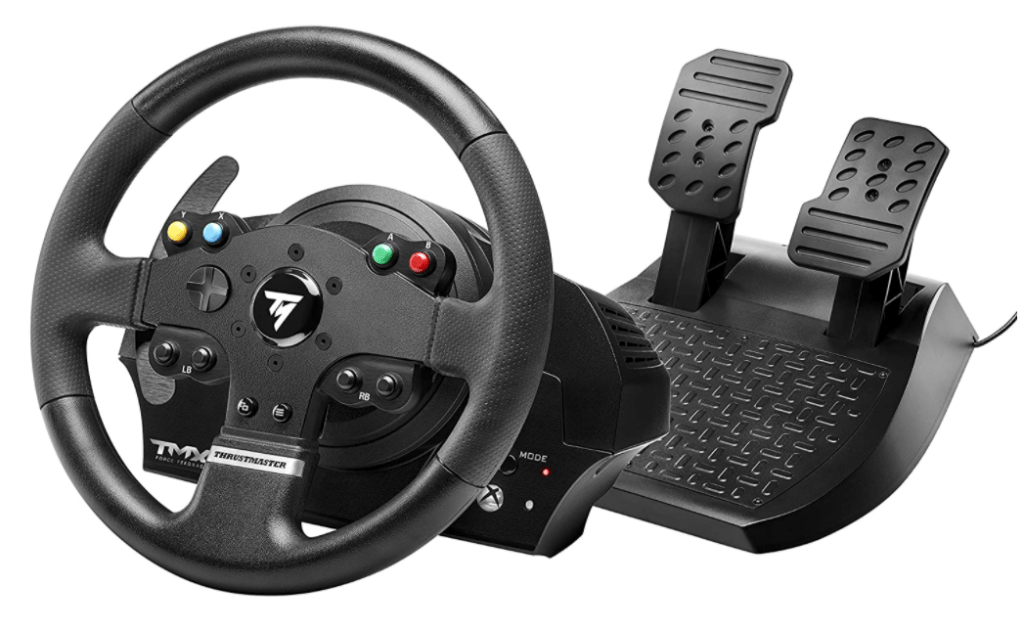 What the Thrustmaster TMX is for racing games, the T-Flight Hotas One is the equivalent for piloting games. The joysticks and controls not only feel great but there was a lot of thought put into the feel and design of the accompanying buttons on the joystick. You can reach all of the buttons without having to adjust your hand, and buttons feel unique so you can tell which ones are which. It’s time to take flight the proper way. 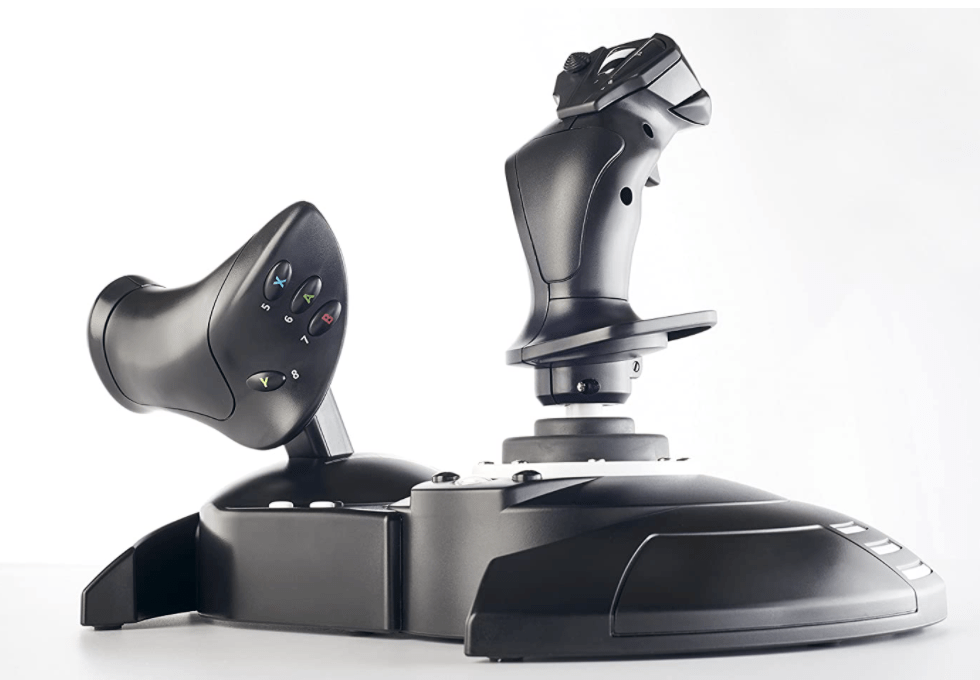 BEST FOR PLAYERS WITH DISABILITIES

The adaptive Xbox Series X controller is a stellar move by Microsoft to design a controller for those with limited movement and dexterity. The controller is completely customizable, so players can get as comfortable as possible. The ports along the front can be used for additional buttons allowing this controller to be used with virtually any game. Microsoft gets a 10/10 for the creation, design and thoughtfulness behind this controller.

survival of the fittest - these are the best survival games to play on xbox, ps4 and pc