Nobody wants to be tied up these days, especially when it comes to your cords and cables. While wireless earbuds are dominating the audio space, wireless phone chargers (also known as charging pads or charging stands) are starting to enter the marketplace as a convenient — and yes, cord-free — solution to powering up your devices.

From Rolling Stone:
Wireless chargers work through electromagnetic induction, sending power from your charger to your phone via coils that are housed in both units. The charger’s induction coil creates energy, which the receiver coil in your phone converts into electricity to send to the battery. It sounds complex, but it’s similar to the way you would charge an electric toothbrush, say, or power up your Apple Watch sans wires.

You’ll still have to plug the actual charger into an outlet, but your phone will be able to rest on the charging pad cable-free. No more tangled cords or frayed ends to deal with. Users love wireless charging pads for their ease of use, portability, and the streamlined, minimalist looks, which instantly update your desk or bedside table. You’re able to see your phone clearly at all times, too, keeping it usable and at arms-length, without having to reach to unplug.

Ready to get powered up? We rounded up five of the most popular wireless chargers in the market, from a basic set with rave reviews, to a luxe charging stand re-imagined by one of the biggest brands in the industry today. 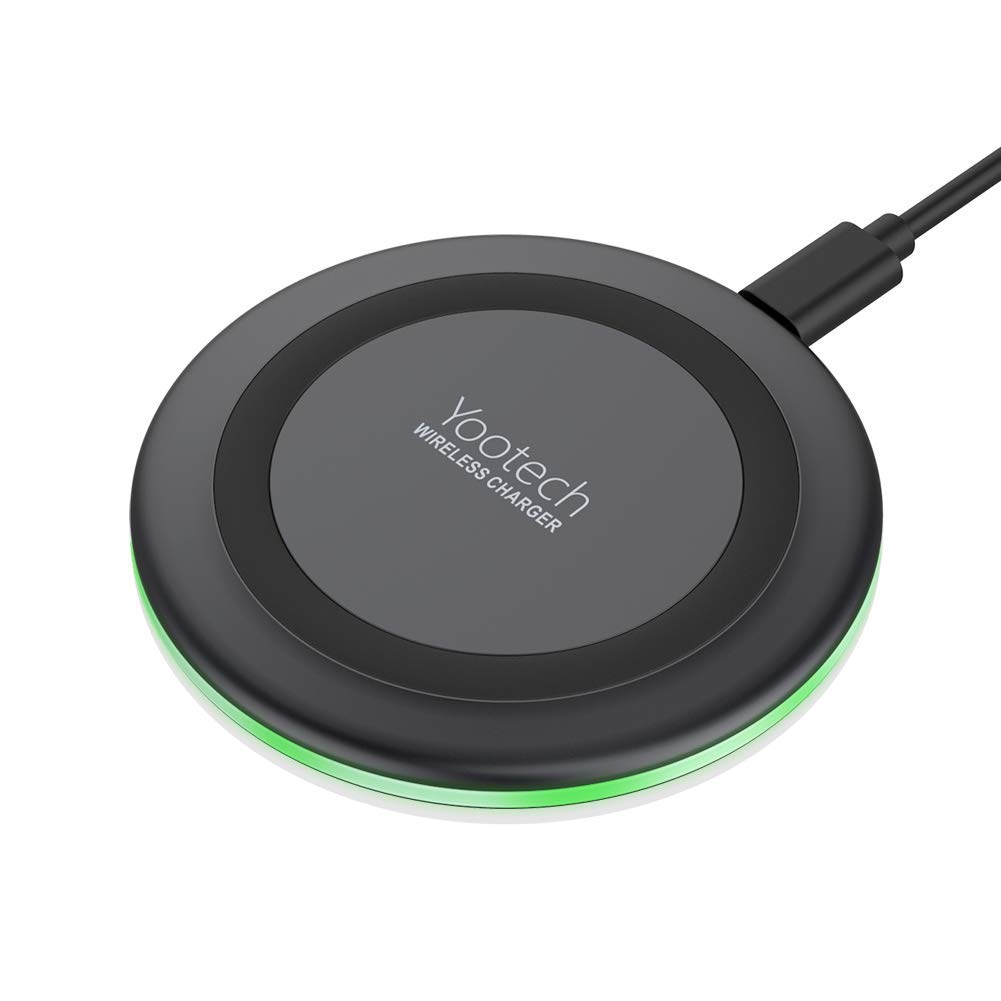 One of the most popular wireless chargers in the marketplace, the Yootech charging pad boasts a 4.4 star rating from more than 5000 reviews online. Compatible with all Qi-certified devices, it’ll work with most Apple and Android phones, including the Samsung Galaxy S10 and the iPhone XS MAX. It even works with your phone case on (though the company recommends removing any cases over 4mm thick).

What we like: Yootech’s “Intelligent Protect Technology” actively monitors the charging temperature, so your device never overheats. It also offers surge protection and short-circuit prevention controls. The charger is also backed by an 18-month money back guarantee and replacement warranty.

Note: the Yootech charger comes with a micro-USB cable, but to support faster charging, you’ll want to pick up a QC 2.0/3.0 power adapter (find it here), which can boost charging speeds up to four times faster.

Reviewers say the RAVPower wireless charger is a great dupe for pricier charging pads on the market. It’s compatible with the iPhone XS and Samsung phones up to the Galaxy S9, and RAVPower says it powers up your device twice as fast as a standard 3.5W-5W charger. The company’s “HyperAir” feature uses internal temperature controls to disperse heat more efficiently, so the pad is never hot to the touch. Fail-safe circuitry prevents overcharging, over-current and overheating.

While some pads require you to maneuver and re-position the phone at a certain angle to active charging, reviewers say the RAVPower pad detects your phone instantaneously to start charging right away. Just drop and go.

Note: the charger won’t work if there’s anything between your phone and the pad, so make sure you take your phone out of its phone case before charging. 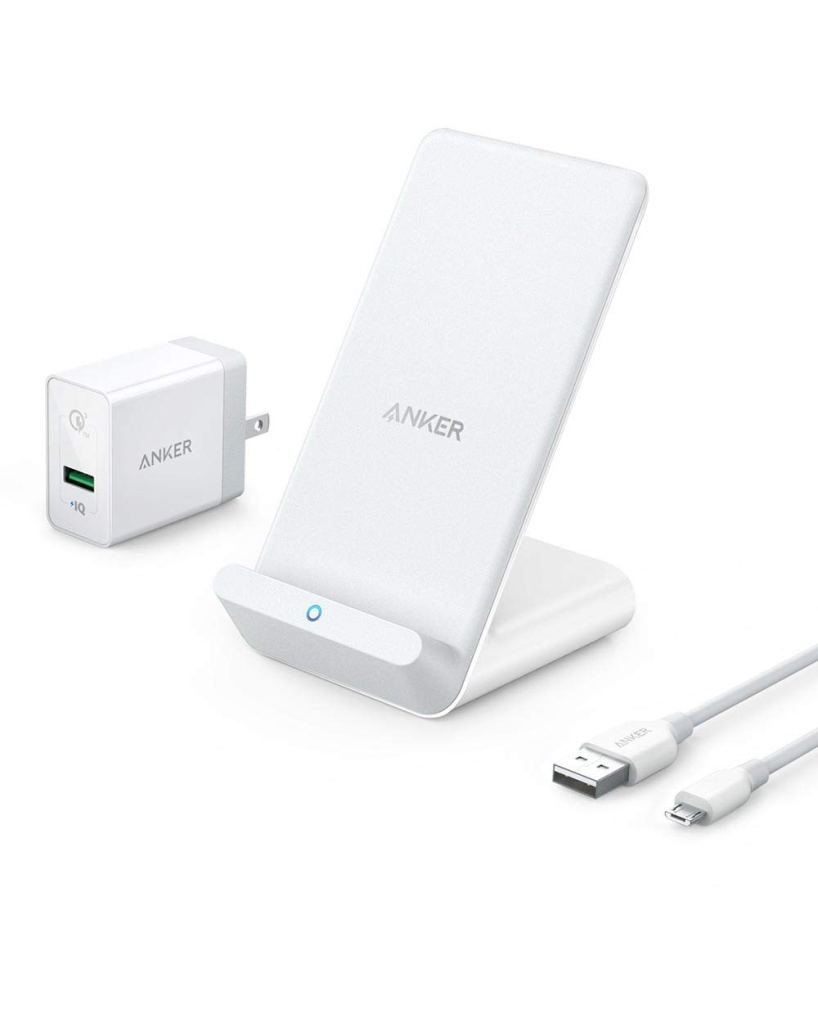 This best-seller Anker Wireless Charging Stand props your phone up while charging so you can easily swipe through emails, texts or even take a FaceTime call. The wireless charger delivers up to 7.5W of power for Apple devices, and 10W for Samsung (even with a case on), while a built-in cooling fan prevents overheating. Anker’s intelligent technology will also figure out your phone’s current battery level, so that it gets just enough voltage to get to 100% without overcharging.

What we like: the charger’s grippy, anti-slip surface keeps your phone stable. Your device also stays charged whether you position it vertically or horizontally on the stand. This set comes with the PowerWave charging stand, a quick charge AC adapter, a micro-USB cable and Anker’s worry-free 18-month warranty. 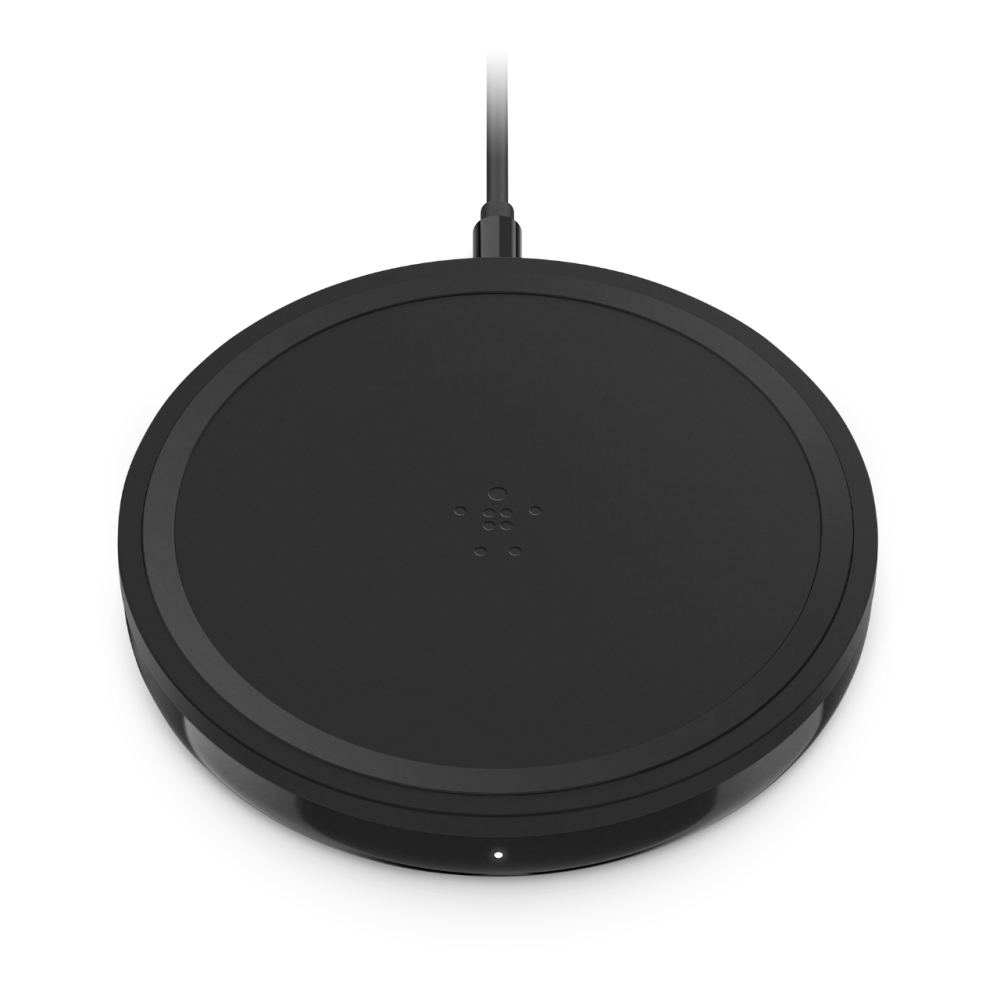 When it comes to reliable performance and an industry-leading warranty, you can’t beat Belkin. The Southern California-based company has been a leader in wireless technology and innovation for more than 35 years, and their BOOST↑UP Bold Wireless Charging Pad is one of the best-reviewed models in the marketplace.

The wireless charger delivers 10-watts of power for fast charging, and is compatible with Apple, Samsung, LG, Sony and other Qi-enabled devices. Under the sleek, minimal packaging is a dual-layer charging coil and an extra-thick “ferrite” ceramic material that spreads out the charging area over the pad, so that your phone connects no matter how you lay it down. A premium “E-Shield” makes sure the induction charging doesn’t interfere with your signal.

What we like: the LED light that pops up whenever you set “foreign objects” like keys or wallets on the charger (which could affect the charging and cause your objects to heat up). Belkin also offers a “Connected Equipment Warranty” which will repair or replace your device (up to value of $2500) if it’s damaged by an electrical charge while connected to the charger. Belkin also provides a two-year warranty (extendable to three years if you register your charging pad online). 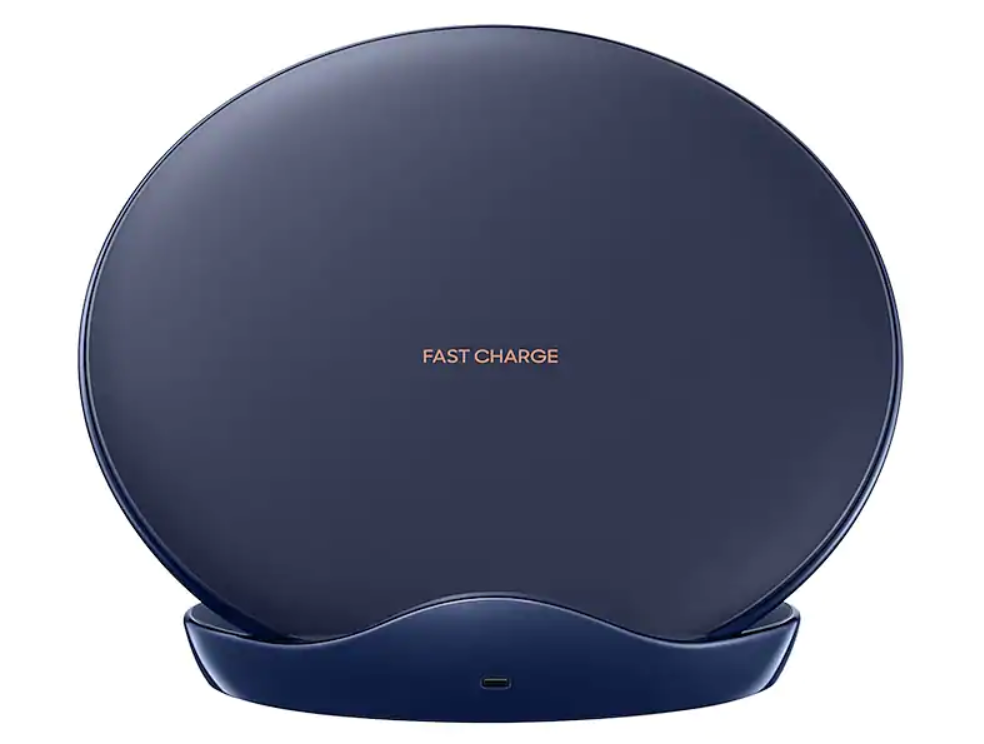 A luxury wireless charging pad at an accessible price point, the Samsung Fast Charge Stand earns points in our book for its good looks and even better connectivity. Dual charging coils ensure a stronger, faster charge that spreads out evenly under the shell. What that means for you: place the phone down anywhere on the pad and in any direction without charging being interrupted.

Samsung says the charger is thoughtfully positioned to let users read texts, scroll through social media, or answer calls without having to pick it up off the stand. A discreet LED light, meantime, cycles through different colors to display your charging status, while a built-in fan keeps your phone cool while it’s charging.

The Samsung Fast Charge Stand works with all phones, including Apple’s iPhone X. This set includes the charge stand, a wall charger and USB-C cable.

This article was republished with the permission of Rolling Stone. To read the original article, click here