While the big news to come out of Google’s annual I/O conference was the reveal of the forthcoming Android 12 update, the company took time out to reveal the work it’s doing to make its technology more welcoming to people of all skin colors. Specifically, it is working to make the Google Camera app in Android 12 better able to accurately capture black and brown skin tones.

When it comes to cameras, and especially smartphone cameras, things such as color, white balance, brightness and the proportions of objects are not the same from camera to camera. In every case, the way an image comes out is determined by lens optics and the algorithms powering the camera sensor and image processor.

And because most algorithms are tuned for lighter skin, something many cameras struggle with is accurately capturing non-white skin tones. And often, those images can have an unflattering effect on those with darker skin.

As a company that builds some of the best smartphone camera software around, Google understands it has the ability to address this problem, and as such, it has worked with thousands experts across a wide variety of relevant fields to correct its camera software so that skin tones are more accurate and everyone looks their best. 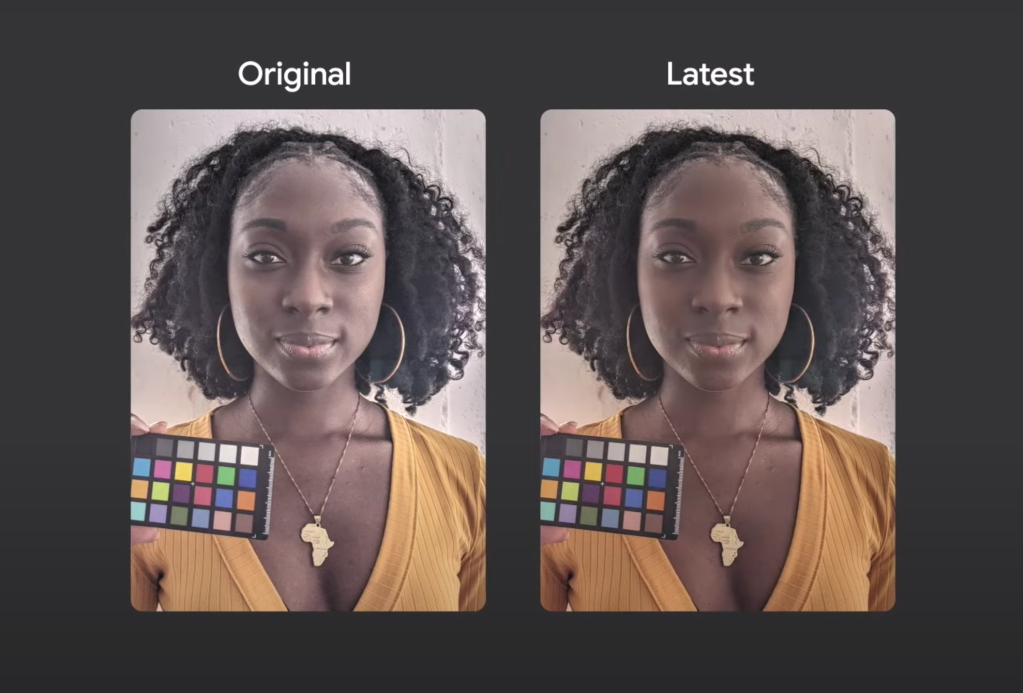 What this means in more concrete terms is that subjects with darker skin will look less washed out, with skin tones more representative of what the human eye sees.

We’ve seen some companies address this issue in less specific ways — Apple worked to make the webcam in its new M1 iMac better able to accurately capture skin tones — but no major consumer tech company has put together an initiative quite like this that not only looks at the science and technology behind better capturing skin tones, but also the sociocultural considerations that go with it as well.

While Samat says this is only the start of the process towards a more accurate and inclusive Android camera, the initial research has been implemented into the Google Camera app that will be featured in Android 12 this fall. Samat also says that Google plans to make its research and discoveries available for all Android developers to use as a resource.

The Best Smartphone Cameras for Capturing the Perfect Moment