The TWS Cyberblade (or as they appear in my phone, CYBERBLADE) is the latest entry from Angry Miao, the company behind the Cyberboard mechanical keyboard. Yes, that’s pronounced “angry meow,” and yes — these earbuds are as unique as the company that birthed them.

They’re gaming earbuds. There’s no denying it, especially since they look identical to the Focus device from “Horizon: Zero Dawn.” Of course, that’s an intentional choice and it looks awesome. 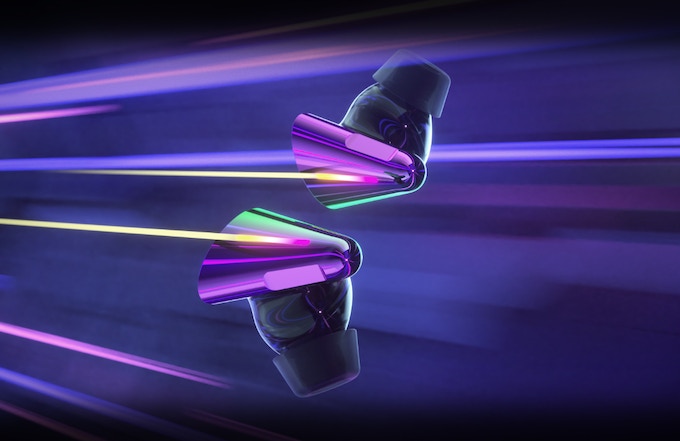 There’s something iconic about this shape that sets these apart from other earbuds I’ve tried, and the unconventional nature of the company shines through. Angry Miao sent over a set of the Cyberblade earbuds over a month ago for me to try out, and they’ve become my go-to option for gaming sessions.

The focal point of this Angry Miao Cyberblade review is the design. It’s no exaggeration to say the Cyberblade has the most premium packaging I’ve ever laid my hands on. The entire device makes a statement from the moment you see the box. 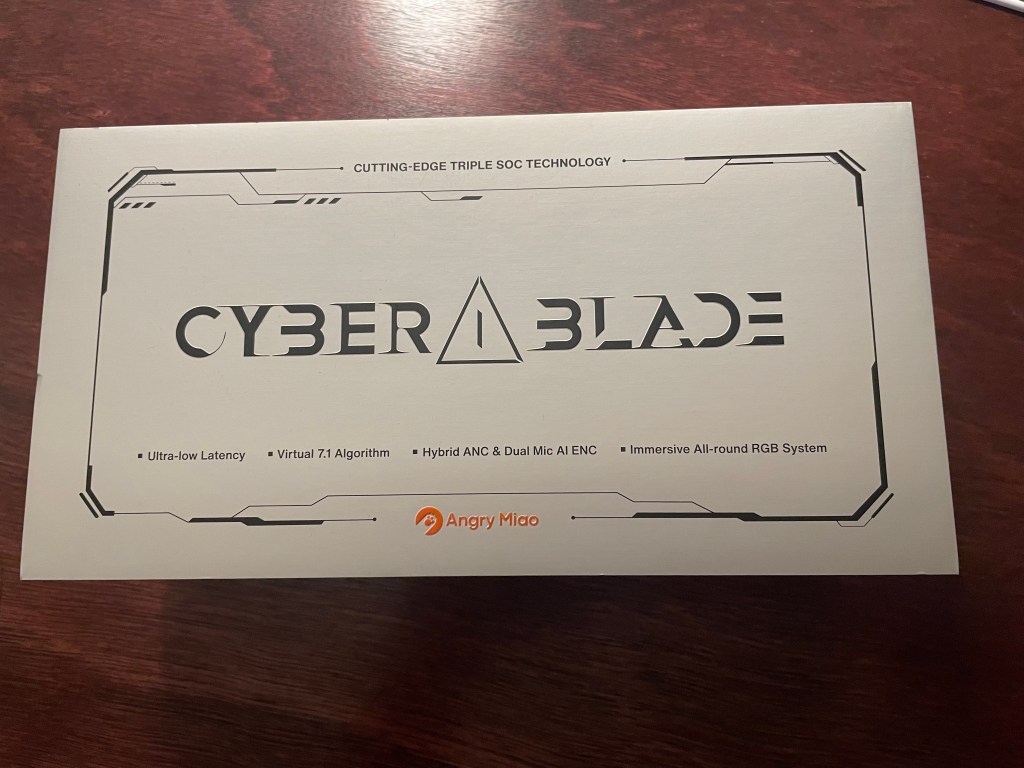 It gives the impression that these will be something special as soon as you open the box.

The Cyberblade comes in three pieces: a dock, a charging case and then the earbuds themselves. Every part about it feels well-built, from the turning of the charging case’s top to the heft of the dock itself.

With lights all over the setup, it catches the eye and makes for a guaranteed conversation piece (especially when the earbuds light up like you’re trying to spot a wayward Watcher). 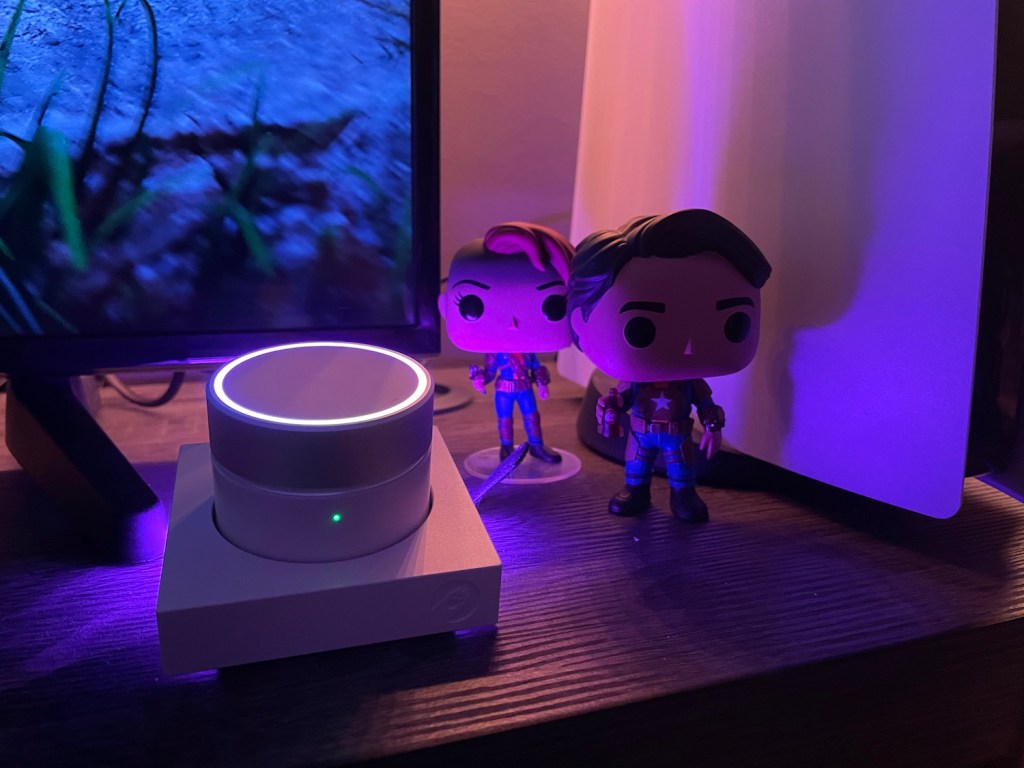 There’s some similarity between the Cyberblade and ordinary earbuds. After all, which ones don’t come with a charging station? They come with multiple earpieces to make finding the most comfortable shape simple. And like some other premium options, these contain on-ear controls.

But these gaming earbuds also couldn’t be any more unique.

One difference here is the function that the dock provides. It’s not meant to move much, but you can take the charging case on the go, even though it doesn’t fit comfortably in a pocket. And perhaps the most noticeable difference of the Angry Miao Cyberblade is the triangular shape with a single LED light down the side. Just. So. Cool. 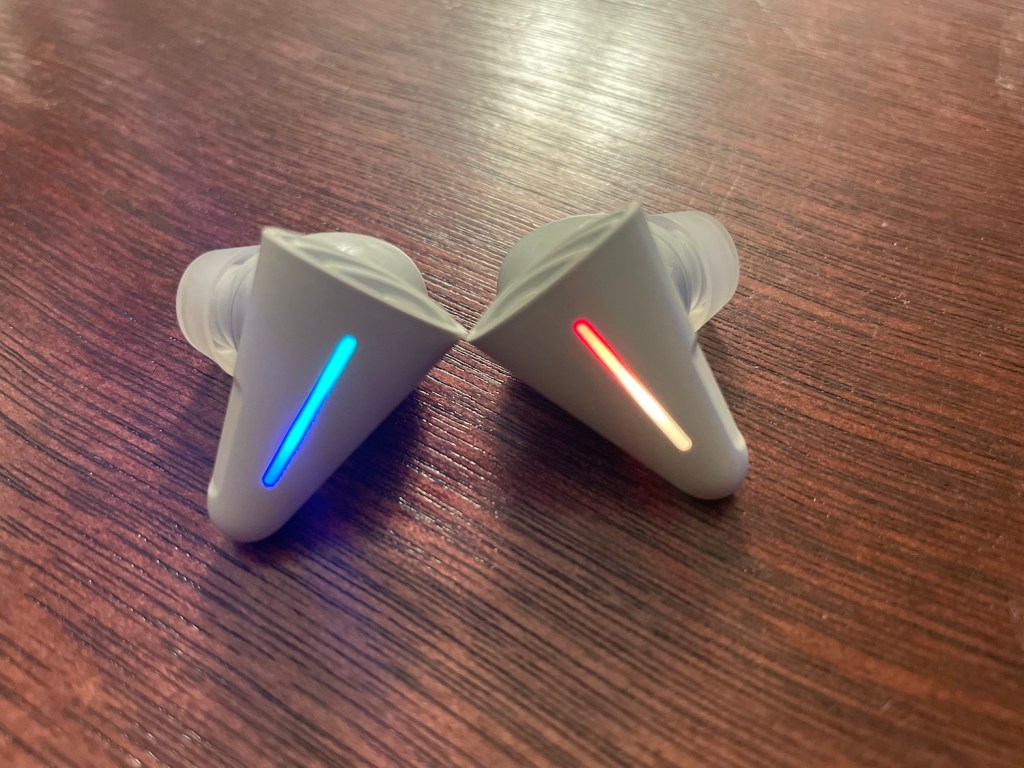 Again, there’s no mistaking these for anything other than gaming accessories, but that’s not a bad thing. Unlike other devices that try to blur the lines between gaming and day-to-day use, the Cyberblade earbuds fully embrace their target audience.

Sound quality is where the Cyberblade blows the competition out of the water, and with good reason.

In general, they sound great. I listened to hours of music and made many phone calls while using them, and not only did the audio come through crisp and clear, but the microphone blocked out extraneous background noise. The Hybrid Active Noise Cancellation made it possible for me to play something and hear it perfectly without a word of sound coming through from my wife watching TV from 15 feet away.

As if that wasn’t great enough, the real magic happens when pairing the earbuds to the dock. There are three computation audio chips through the entire setup, which gives it the ability to handle high-end audio processing. This appears in three modes:

You can activate and control these modes straight from the dock. Pressing down the top of the charging case while it’s docked acts a button that swaps between these modes, each one denoted by a different LED color. The Gaming Booster is red and purple, the Movie Booster is yellow and green and the Music Booster is blue and purple. The top of the case also acts as a giant sound dial, so you can turn the volume up and down. 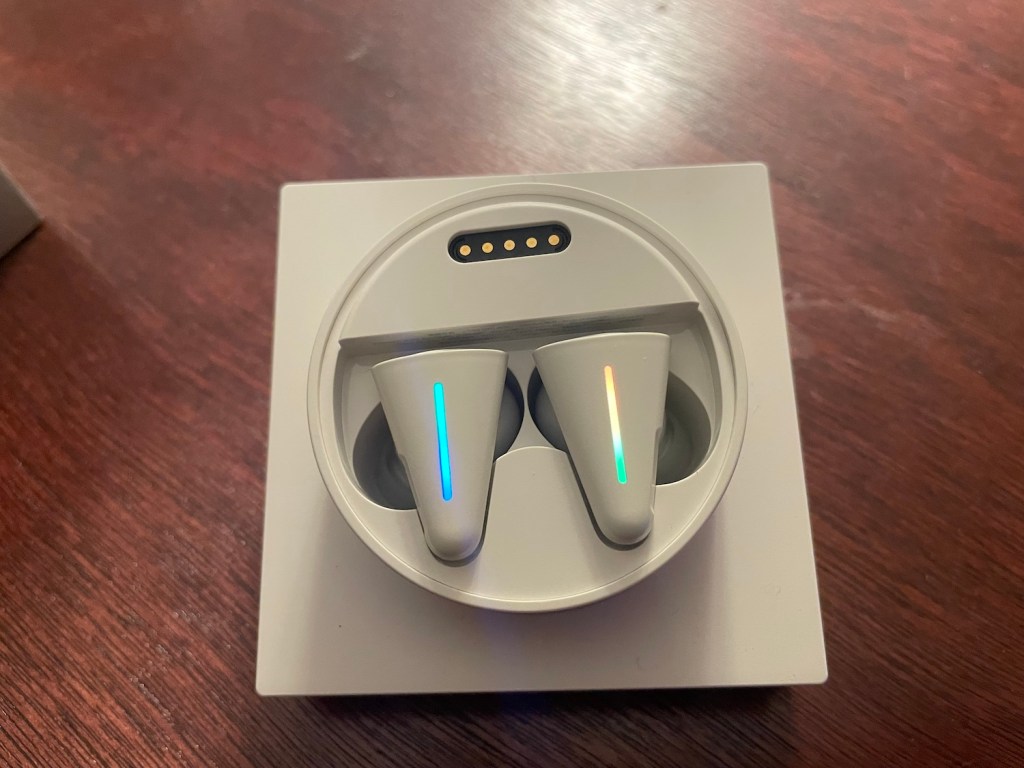 All modes support the proprietary “SuperFast” mode, which reduces latency to almost nothing. Not once did I notice a gap between something on the screen and the sound coming through the headphones, which is a lot better than the performance I’ve gotten from my AirPods gaming.

The downside is that controlling these modes is a bit more difficult if connected to a PS5, since the dock sits in front of it. I connected the Cyberblade to the PS5 with a USB-C cable and had to get up to change modes. The button and knob functionality of the case worked much better when using it on PC, as it lay within arms reach.

The Verdict: Should You Buy the Angry Miao Cyberblade Earbuds?

There’s a lot to love about these earbuds. The tremendous performance, great battery life, and just downright cool look of them all appeal to the gamer in me. At the same time, the cost can be a bit prohibitive. At $299 on Kickstarter, they’re a bit pricier than a standard gaming headset, and some might just prefer an ear cup design over earbuds.

That’s a fair argument, but I would counter with the ability to use the Cyberblade on PS5, PC, mobile and even on Nintendo Switch make it worth the added value. Throw in the comfort level and the superb lack of latency, and they’re everything I’ve ever asked for in a gaming headset.

If you can swing the cost and are looking for a phenomenal way to improve your gaming experience, the Cyberblade is well worth it. 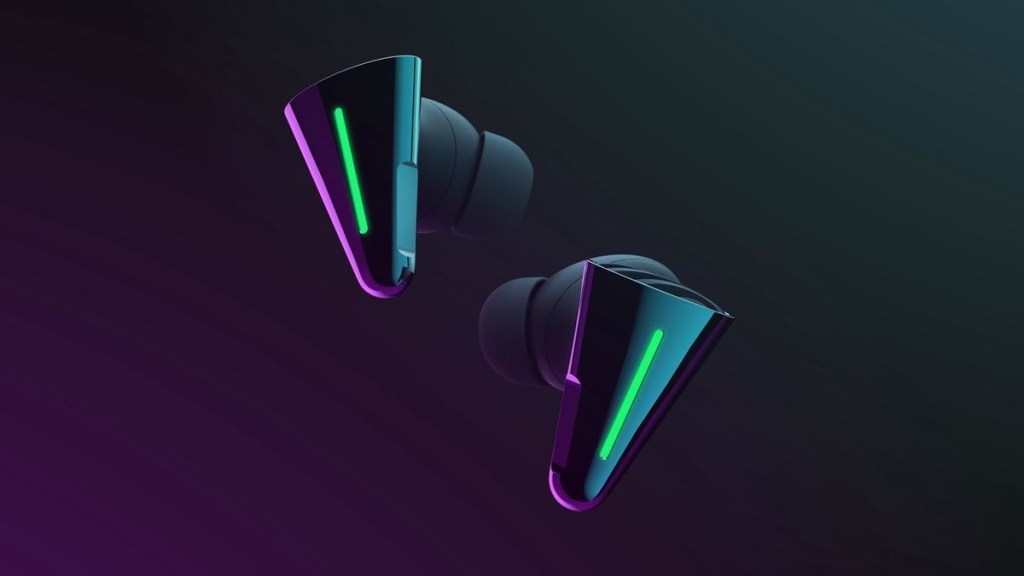