Apple’s seeking to retain a firm grasp on the entry-level space with its latest smartphone, which again shows that the company is more than capable of delivering quality products at a budget. Introduced at its Peek Performance springtime event, the Apple iPhone SE 2022 aims to set the bar for all entry-level smartphones in the space, focusing on performance and value. 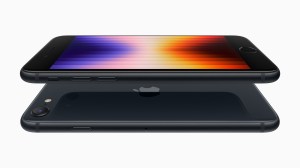 What We Love About The Apple iPhone SE 2022

Most notable, the third generation iPhone SE retains the same design and aesthetics as its predecessor but receives an Apple A15 chip and graduates to 5G connectivity. While the specs were never a huge selling point for the series, the move to 5G connectivity is a first for the SE series. This 5G connectivity means that your favorite shows will stream faster, video calls will be more reliable, and transferring huge files won’t take as long. Given how it captures 4K video, it won’t take nearly as long as uploading with 4G speeds.

Apart from those two main standouts, the iPhone SE 2022 continues to draw attention for its lower cost. It’s packing a 4.7-inch Retina HD display, 12-megapixel rear camera, 7-megapixel front-facing cam, and of course, a Touch ID fingerprint sensor. Everything is packaged in the same aerospace-grade aluminum and glass chassis we’ve seen with the previous model, as well as in the same three color options: Product Red, Starlight, and Midnight. 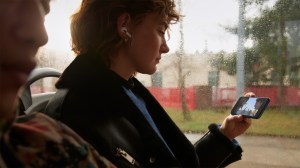 For the average consumer, it simply means having a reliable smartphone that won’t break the bank. With the addition of the A15 Bionic chip, you can expect the same fluid performance that Apple’s devices are known for — as well as enhancements to the picture-taking experience. That’s because Smart HDR 4 enables the iPhone SE 2022 to capture not only more detail but offer better exposure for high-contrast scenes. Furthermore, the new chip will also help it power through some of the latest gaming titles on the market.

The series has proven that the price difference between it and Apple’s other phones is enough to attract consumers who don’t want to fork over thousands for a reliable smartphone. Why spend a fortune when you can still get a phone that excels with the basics? 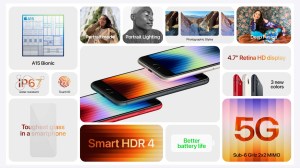