If you didn’t know better, you might have assumed Apple CEO Tim Cook was belatedly throwing his hat in the California governor’s race — Apple’s September 14 keynote (the same date as the gubernatorial recall election) opened with a musical tribute to the Golden State, and when he walked on stage, Cook expressed his admiration for the place Apple has called home since 1976. This California theme runs throughout the event, which is called “California Streaming.” The “streaming” part comes into the equation because this presentation is all virtual, rather than Apple’s in-person events, so Apple played with the format a little. Team members from across Apple gave presentations in locales as varied as fitness studios, beachside cliffs and outdoor amphitheaters. Here’s what’s new.

The biggest announcements were saved for last, and unsurprisingly, that’s the new line of iPhones, which have a number of improvements of the 12. The phones are built to be more durable, with IP68 water resistance and a ceramic shield screen for crack resistance. The A15 Bionic chip uses machine learning for new functions, like the ability to identify plants and animals just by you pointing your camera at them.

Much of the focus of the new iPhones is on the cameras, especially the filmmaking capabilities of the video, including Dolby vision HDR. For example, the cinematic mode allows you to seamlessly shift focus to the fore or background, the same way you’d see in a movie. They display this capability with a clever spoof of Rian Johnson’s Knives Out, filmed on an iPhone. 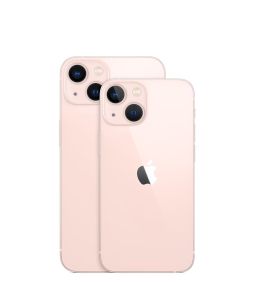 The new iPhone 13 Pro comes with three new cameras including a new wide angle camera. The cameras represent a 2.2 times improvement in low light performance. ProMotion for smoother app performance. Academy Award-winning filmmaker Kathryn Bigelow touted the cinematic quality of iPhone’s new video capabilities. The iPhone 13 is available with up to 1TB of storage. The iPhone 13 Pro starts at $999, while the Pro Max starts at $1099, which is the same price as last year.

Most of the focus with the new Apple Watch is on its new fitness features. The announcement started off with some new news for cyclists — the latest Apple Watch detects when you start riding a bike, reminding you to start a fitness activity. The watch also detects falls, prompting you to either contact help or dismiss the alert if it’s just a minor tumble. Apple Fitness+, a companion app and service for the Apple Watch, has also been updated to include new activities like Pilates and meditation. The Apple Watch also has more screen, without taking up more wrist — that’s because the bezel has been downsized by 40% compared to the Series 6.

A13 BIONIC CHIP FOR IMPROVED CPU AND GPU

Apple announced two new iPads, including an iPad mini. The new iPad is powered by the A13 Bionic chip, which has a 20% improvement in CPU and GPU. The front camera on the iPad is now a 12MP ultrawide camera. As for the Mini, it has a new thinner bezel and has been improved with a 40% increase in CPU and 80% improvement in GPU over the previous model. 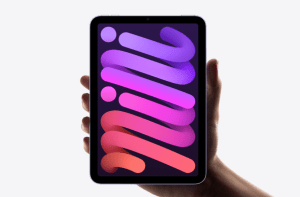 A feature called Truetone adjusts the color of the screen to match the environment of the room it’s in.  The iPad now uses USB-C, making it faster and more convenient, as more and more devices adopt USB-C. The iPads are built to work with the Apple Pencil. Both iPads are made using recycled aluminum to reduce the environmental impact.

Tim Cook started the presentation by announcing the new content coming to Apple TV+, including new seasons of shows like Ted Lasso and The Morning Show, plus new films like Finch, starring Tom Hanks. Maybe the biggest news is the return of Jon Stewart, who left The Daily Show in 2015. His new show is cheekily titled The Problem with Jon Stewart.