It’s one of the most anticipated announcements of the Apple Event, and it’s finally here: the Apple Watch Series 8. It comes with much of what fans expect from the Apple Watch (why fix what isn’t broken, right?) but with a few upgrades like a slightly larger screen and several different colors: Midnight, Starlight, Product Red and Silver.

Of course, the Apple Watch is constantly competing against some of the best smartwatches and best fitness trackers out there, so even though you’ll pay a good amount for it, you get everything in one gadget.

There are also improvements to the Apple Watch SE, too, like a lot of new features that make it more useful than ever before.

What We Love About the Apple Watch Series 8

The Apple Watch Series 8 has a load of new health and safety features, including car crash detection. The updated specs include two new motion sensors in the form of a three-axis gyroscope and a high G-force accelerometer that can pick up to 256 G’s. For reference, fighter pilots handle up to eight or nine G’s max.

The Series 8 can sample motion four times faster and 3,000 times per second. If you’re in a car crash, it can detect multiple types of impacts and will automatically reach out to your emergency contacts.

The Series 8 also comes with menstrual cycle tracking and a new and improved temperature sensor that can accurately estimate ovulation. One temperature sensor rests against your skin, while the other is at the edge of the display. These stats give you an estimate of ovulation. Of course, all of this information is protected through secure encryption.

The Apple Watch Series 8 still has its 18-hour battery life, but a new Low Power Mode can give you up to 36 hours of battery life by shutting off the always-on display and the workout tracking feature.

For international travelers, the Apple Watch Series 8 works is designed to work abroad. You can connect it to your iPhone roaming plan for almost no extra cost. It’s available on more than 30 carriers nationwide. There is also a slew of new bands, including a few more stylish options for Hermes.

What We Love About the New Apple Watch SE

The Apple Watch SE is relatively the same as before, but it has a few new features that appeal to a broader range of customers. It includes the new Crash Detection feature and the heart rate notification feature.

It’s completely swimproof and comes with a display that’s 30% larger than the Series 3. It also includes the Family Setup feature that lets parents give kids more independence while still retaining peace of mind about what they’re up to. 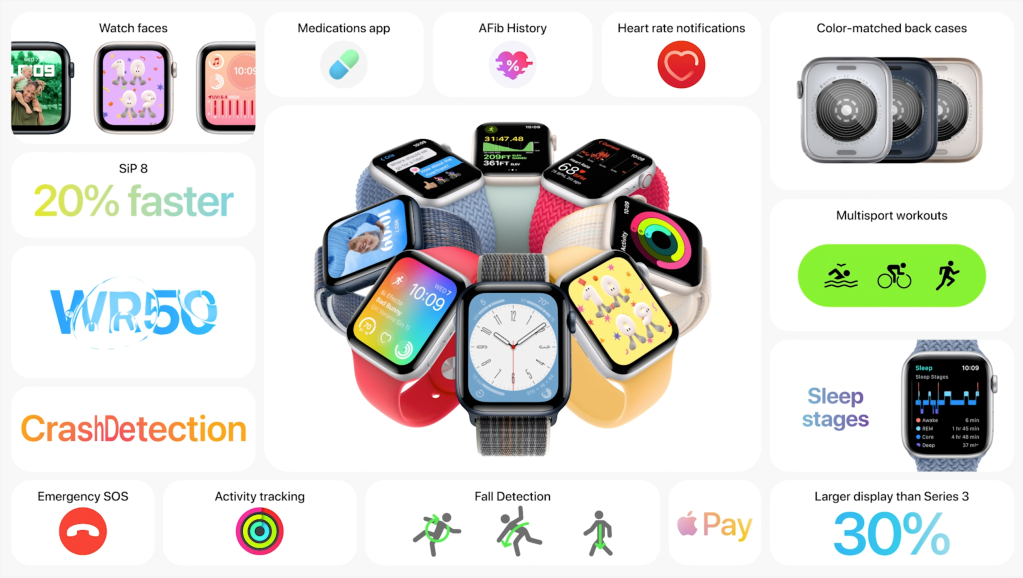 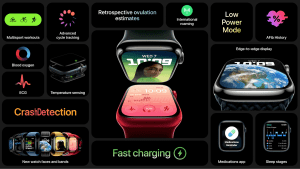 The Apple Watch SE is available for $249 with GPS or $299 with cellular. Preorder it today before it becomes available on September 16.