With fast processor speeds, high-end graphics cards, and robust sound systems, laptops are now able to compete with the best computers when it comes to the gaming market. This creates a product that not only meets the needs of serious gamers but anyone looking for a laptop with cutting edge features.

Gaming laptops are designed with gamers in mind, with extra attention paid to graphics, sound quality, and processing speeds, but that doesn’t mean you should disregard gaming laptops if you don’t play video games. Gaming laptops are a great option for anyone who streams video on their computer, edits photos or videos, or just wants a fast computer for professional or personal use.

While the term “gaming” may scare off customers who don’t play video games, gaming computers meet the needs of a typical computer user, just on a larger scale. Microsoft programs like Word and Excel can be added to gaming laptops and everyday tasks like browsing the internet work the same on a gaming laptop, just at much higher speeds. Gaming laptops are also a smart investment because they are typically made with the latest computer tech, meaning they won’t become slow and outdated quite as quickly as regular laptops.

To make it easier to compare the models we’ve selected, all five laptops are capable of playing the latest and greatest titles out on the market. Gaming laptops are typically boast larger screens, making them more versatile because they can be used on their own, with the screen large enough to display detailed video graphics, or attached to a larger monitor.

Whether you’re a gamer or just want a laptop that’s fast with stunning graphics and sound quality, we’ve outlined five fantastic options below.

The Razer Blade Pro 17 2019 Gaming Laptop is a force to be reckoned with, thanks to its 9th-Gen Intel Core i7 9750H processor, Nvidia GeForce 2080 RTX Max-Q GPU, and 17.4-inch FHD matte display. It also features 16 GB of RAM and a 512 GB to ensure it can hold just about anything you need to store, then recall the information quicker than you can say “frag on.”

Pros: This thin but capable laptop is built with NVIDIA’s cutting-edge 2080 RTX Max-Q graphics for a fully immersive gaming experience, as well as 16 GB of RAM to ensure it can load your favorite games in the blink of an eye. It can handle just about any newer title with little effort and looks like a professional, attractive matte black workstation. There’s no “gamer” branding here for anyone who isn’t looking for that type of design.

Cons: The matte black case can attract fingerprints easily, so a keyboard guard is suggested as well as a soft case to keep the system in. 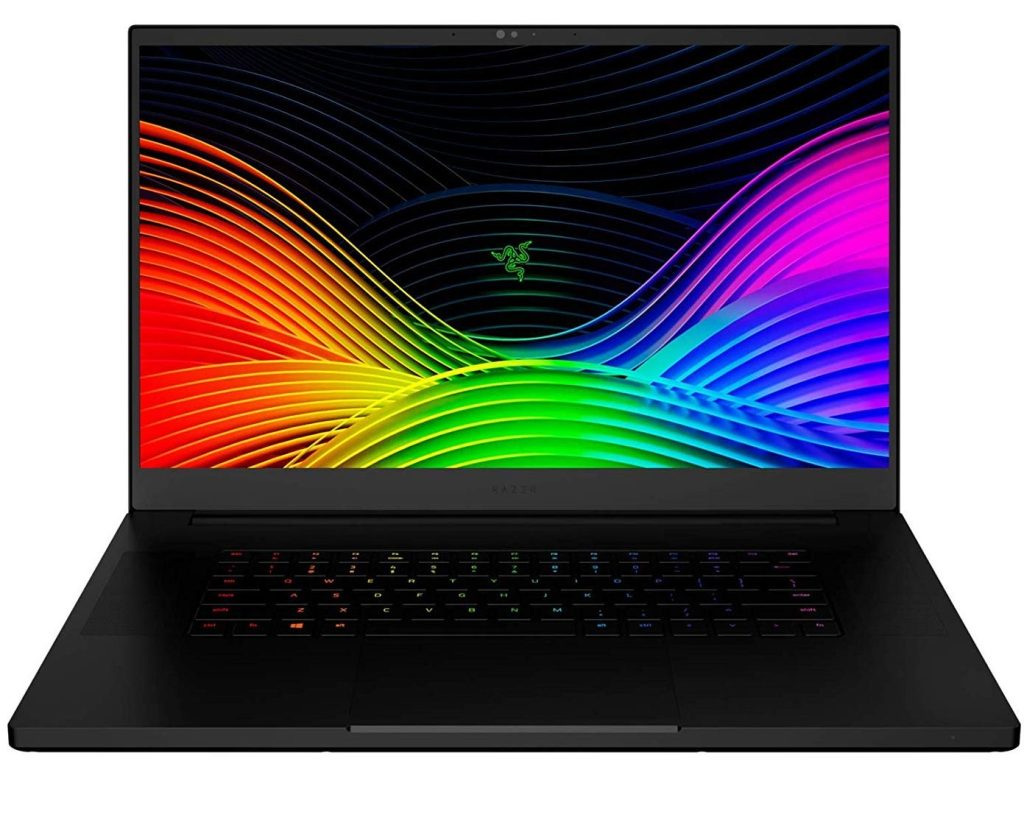 Battlefield tested and featuring an attractive yet lightweight design, the MSI GS75 Stealth Ultra Thin & Light Gamer Notebook runs on a Intel Core i9-9880H Eight Core processor and features a gorgeous display as well as a sturdy RGB keyboard that feels just as good as a full-sized set of keys.

Pros: MSI’s take on the portable gaming machine is an impressive one, with 32GB DDR4 RAM, a 1 TB SSD (vastly more space than most other gaming laptops), and a 17.3-inch full HD IPS display with 1920 x 1080 resolution. It also packs an aesthetic punch with a SteelSeries per-key RGB keyboard with anti-ghost key.

Cons: The battery life isn’t as impressive as some of the other larger models, but it does charge up rather quickly. 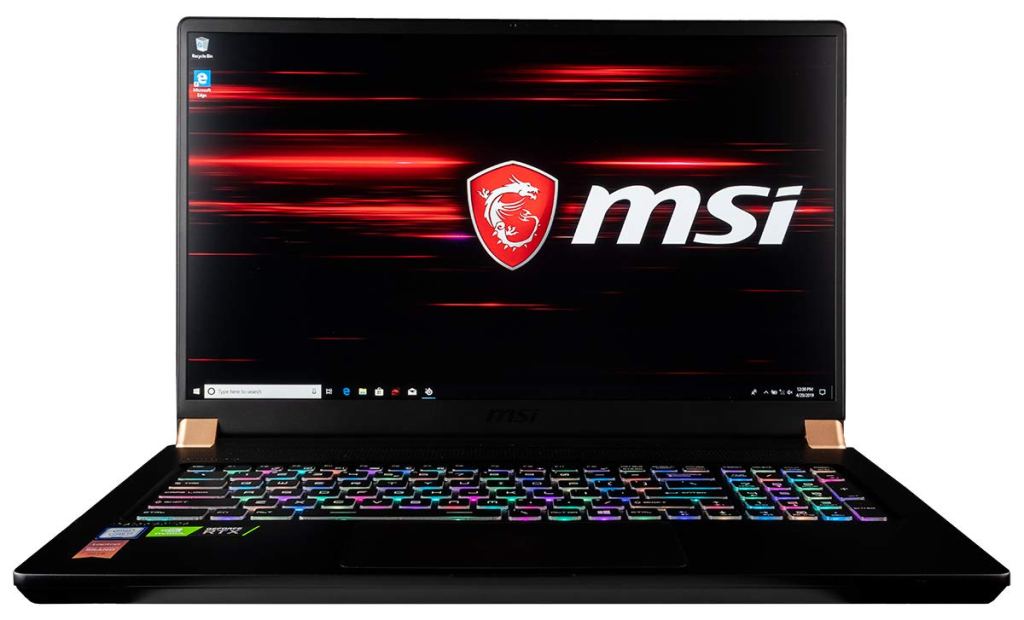 Pros: This 15-inch chunk of portable gaming goodness pulls double-duty with a 6-inch 1080p display that can be used with a real-time screen mirroring feature. You could also utilize it to multitask, like with watching a Twitch stream chat or reading a walk-through on the other screen.

Cons: Despite a laundry list of features, this particular model is very pricey and its keyboard isn’t as satisfyingly “clicky” as other models on this list. 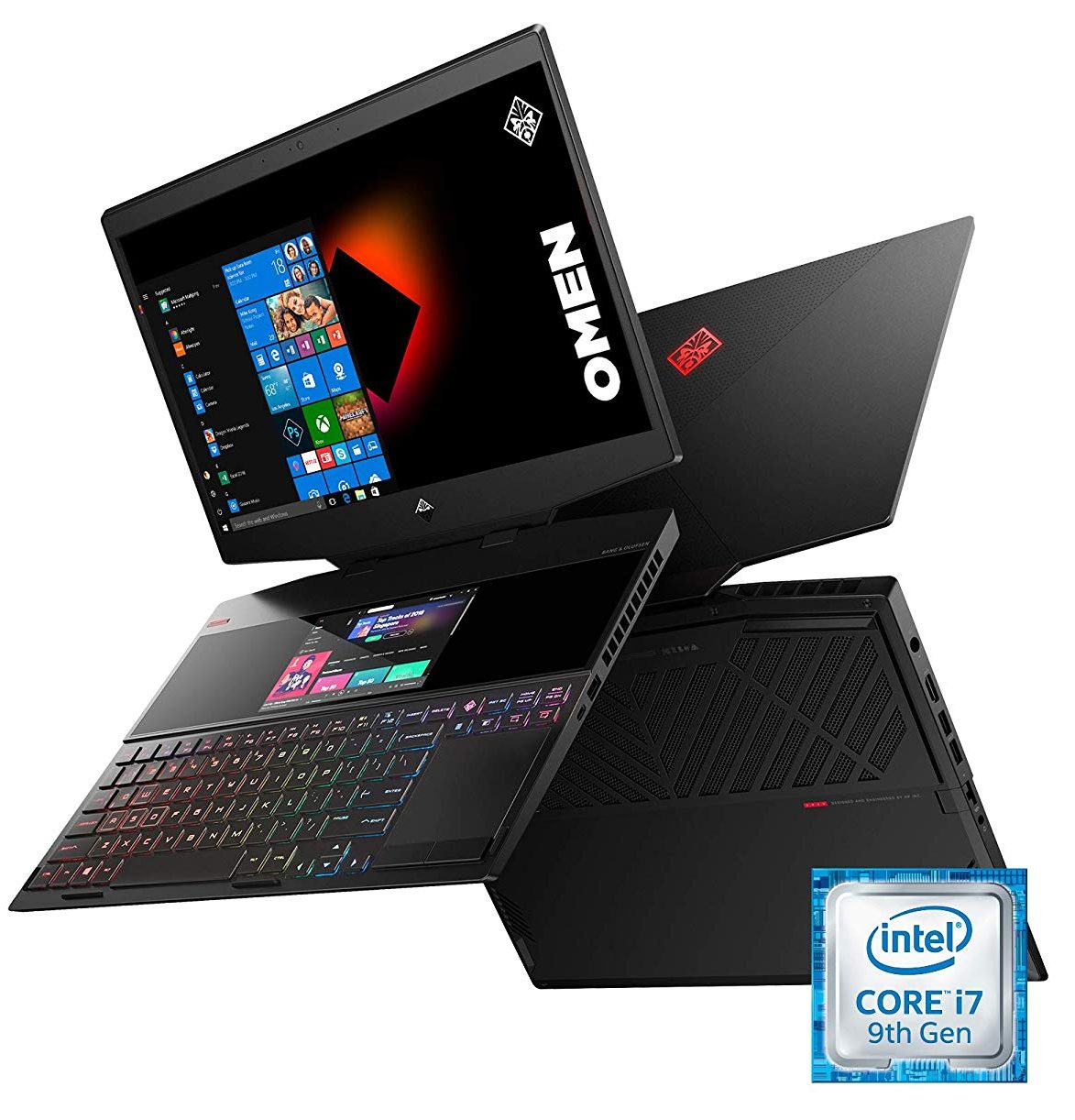 The Predator Triton 500 packs a serious gaming punch. It features a powerful 8th Gen Intel Core i7 6-core processor as well as an Nvidia GeForce RTX 2080 GPU that can be overclocked. It also includes a new 4th gen all-metal AeroBlade 3D fan with five copper heat pipes to help keep the machine cool, even if you’re on your 13th hour of gaming.

Pros: The Acer Predator is capable of real-time ray tracing, programmable shading, and AI like you’ve never experienced in a gaming laptop. It also features a responsive mechanical keyboard that’s capable of keeping up with you, no matter what you’re working on.

Cons: Turning on the fan’s TurboBoost feature can make for some very loud cooling noise, and you’ll need to wear headphones to hear your game over the volume of the fans. 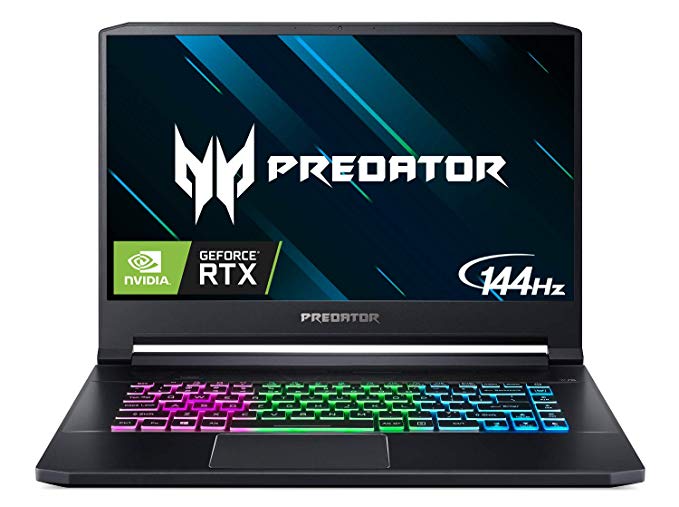