When you lose the wall adapter or charging cable to your iPhone, it can feel like the end of the world in that moment when you need them. But have no fear: The best iPhone chargers not made by Apple will still get the job done. Some even offer additional features beyond what you can purchase from Apple and typically at non-Apple prices too.

So check some of the best iPhone chargers (mostly) not made by Apple below. Though we’ve included a couple replacement Lightning cables, we mostly focused on actual charging units, such as wall adapters and wireless charging options.

Any talk of best iPhone chargers would be dumb without at least one official Apple product. Though the original maker of a product isn’t necessarily the best, an original product offers the least risk and liability. That’s why you might consider picking up the Apple 20W USB-C Power Adapter, especially if you’re still using a USB-A wall adapter.

USB-C charges way faster than USB-A and will fast-charge iPhone 8s and above. Of course, because this is Apple, this is just for the adapter and you’ll have to get a cable separately. 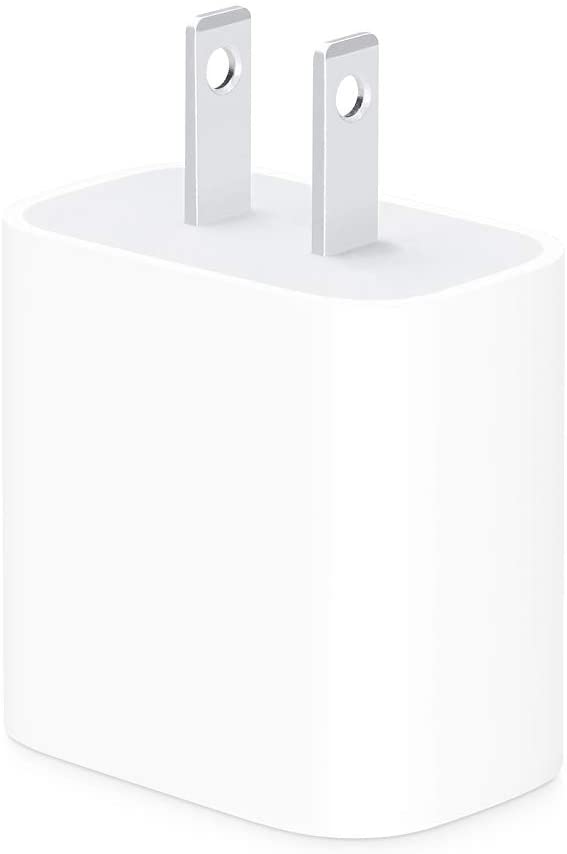 Though going with the Apple Power Adapter is the best risk-reward proposition, the Anker Powerport Speed+ Duo Wall Charger makes a strong case for itself as the best iPhone charger and that’s counting Apple’s chargers too.

This charger features two ports: a 30W USB-C port for larger devices and a 12W USB-A port for smaller devices. This yields two benefits: More devices charging at once or faster charging for a smaller device using the USB-C port. Just plug it into the wall or fold the plug up if you’re traveling. 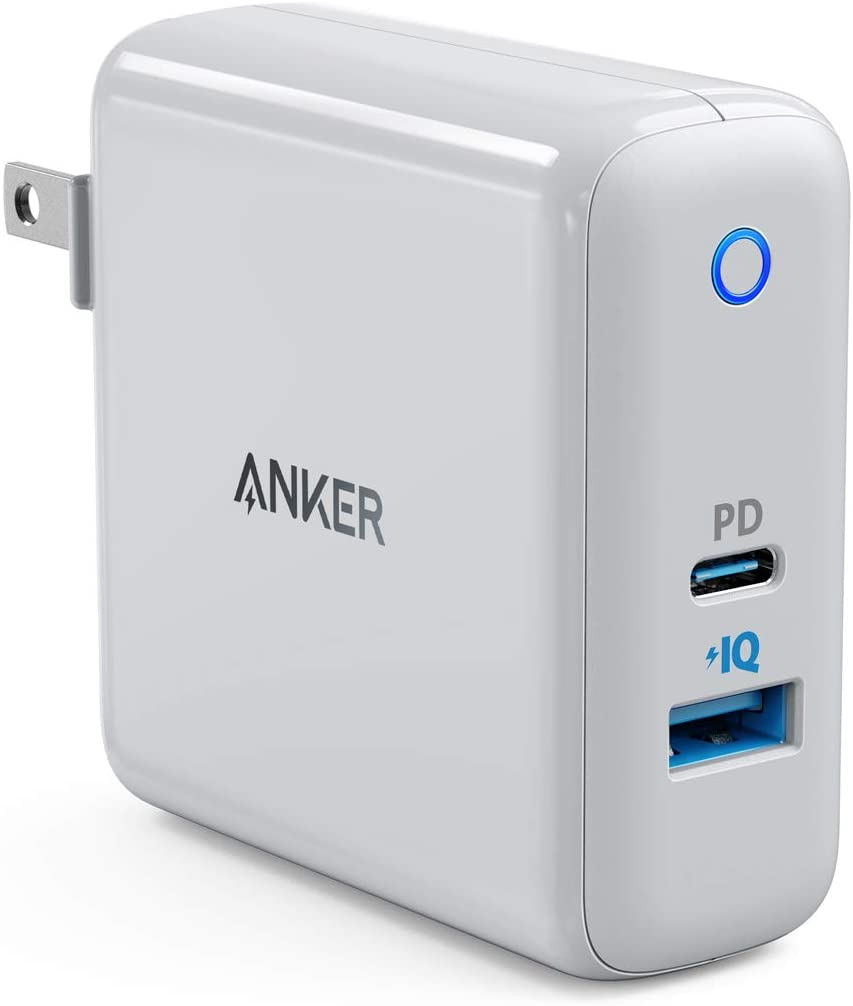 If you’ve managed to lose both your charger and cable recently, the StinkLight USB-C Charger and 3-Foot USB-C Lightning Cable offer great value. For the price of one wall adapter charger, you get the charger, the cable and wicked fast charging speeds. It ain’t special, but it’s cheaper than Apple’s charger (while offering the same 20W) and just works. 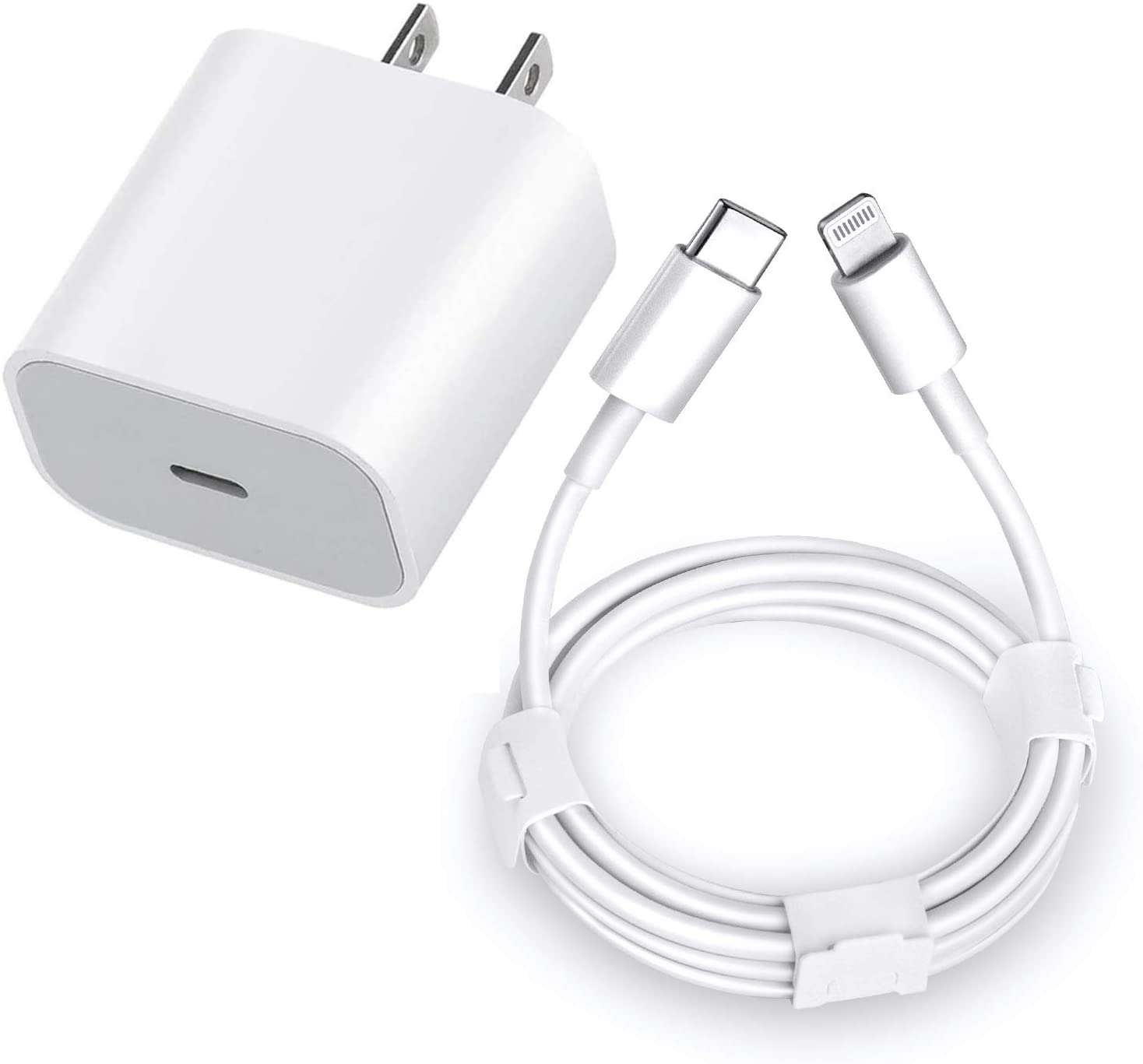 The Amazon Basics 65W USB-C 3.0 Wall Charger offers all the power you need for an iPhone and then some. With 65W, this charger slightly exceeds the power of the Apple 61W USB-C Power Adapter that it sells for MacBook Pro computers and costs about half as much. So if the idea of one wall charger for your iPhone and laptop seems appealing, this is the best iPhone charger for you. Unfortunately, with only one port, you can’t charge both devices at once, but it will charge your phone way faster than your laptop would run out of battery. 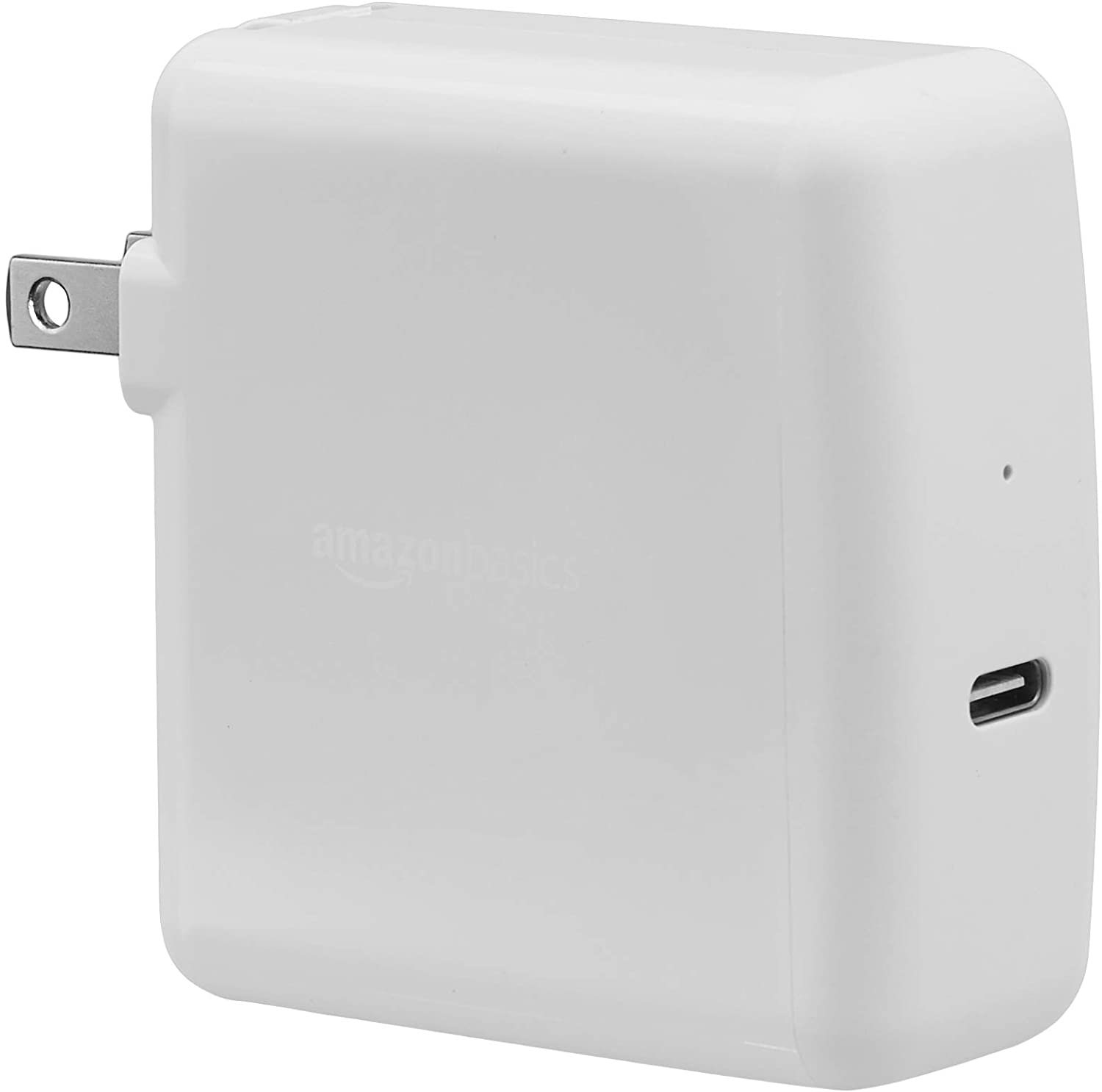 Speaking of charging multiple devices, the E Egoway 4-Port Charger will definitely do the trick for your iPhone and three other devices. The two USB-C ports, one 60W and the other 18W, will take care of MacBooks and iPhones respectively while the two standard USB-A ports will juice up whatever else you need, just a bit more slowly.

As a nice feature, the charger comes with a cord and a brick-style attachment (much like previous MacBook chargers) so you can use it however is most convenient. 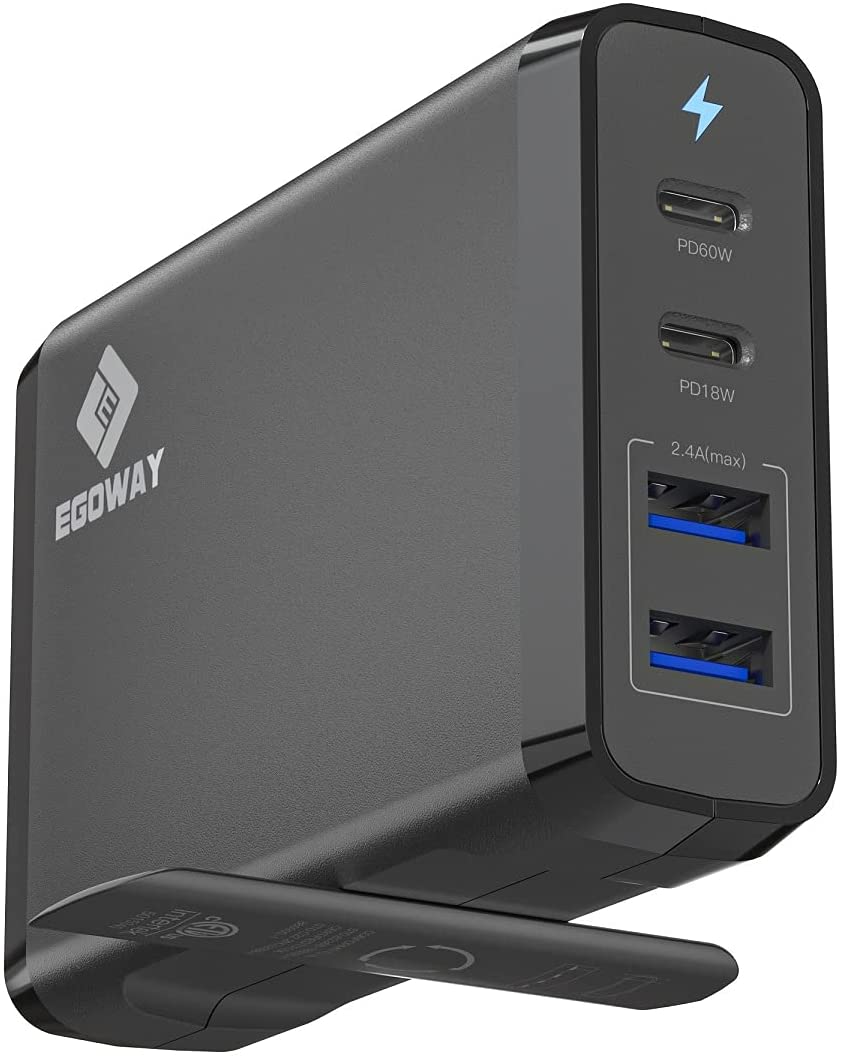 The Belkin BoostCharge 10W Wireless Charging Stand is more than one of the best iPhone chargers. It’s one of the best wireless phone chargers, period. Sure, it charges your phone as fast (or slow) as wireless chargers go, but for wireless chargers, convenience in design goes a long way. We like the Belkin charger because it can charge through cases 3mm or less and you can set your phone on the charger vertically or horizontally and it will still charge. That’s really useful if you want to be able to monitor the time and messages or even to get some sweet bedside bingeing on while your phone charges. 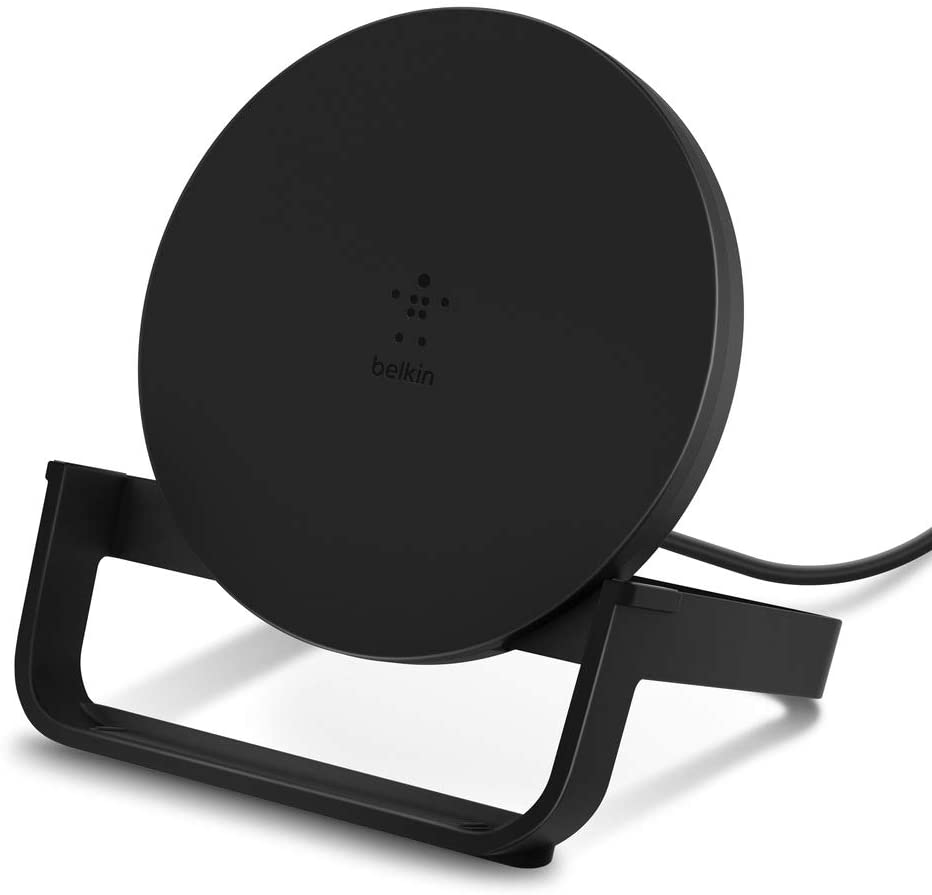 We appreciate the practicality of the Anker PowerCore III Wireless Charger Powerbank. Whatever kind of charging your iPhone needs at the moment, this charger has got you covered. Use either the USB-A port or USB-C port when you need speedier charging or just set your phone on top of the Qi-certified charger when hanging around to pick up a few extra battery points. With a 10,000mAh cell inside, you’ll be able to fully charge a later edition iPhone more than once. 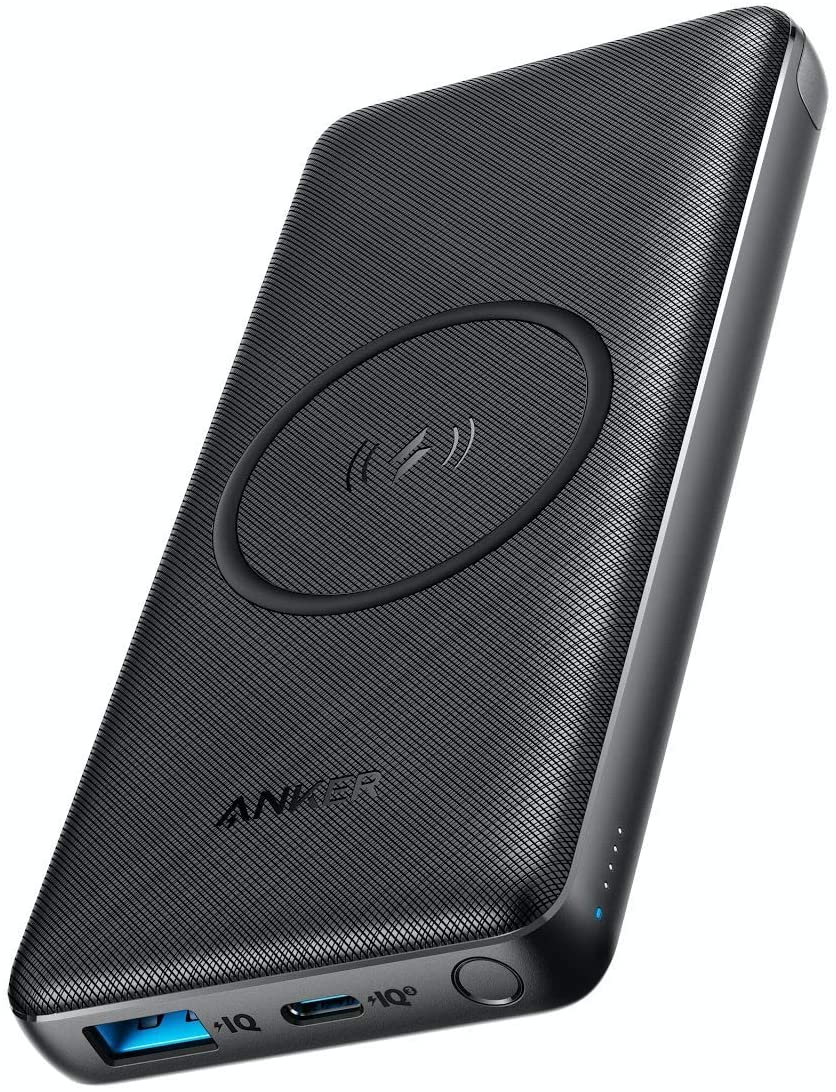 If you’re all in on the Apple ecosystem, the Mophie 3-in-1 Wireless Charge Pad will be one of the best iPhone chargers for you. Using this device, you can simultaneously charge an iPhone, Airpods and an Apple Watch. If that isn’t a convenient charging solution for a work desk or bedside table, we don’t know what would be.

The Courant Catch 3 Wireless Phone Charger & Accessory Tray should be in every home next to the door. Not only is it sleek and eye-catching, but it’s also super convenient for emptying your pockets and charging your phone. Just plop the phone on the charger and dump any keys, coins or wallet into the accessory tray for the next time you’re headed out the door. To really bring this tray to the next level for yourself or for a gift, get a custom monogram on the tray. 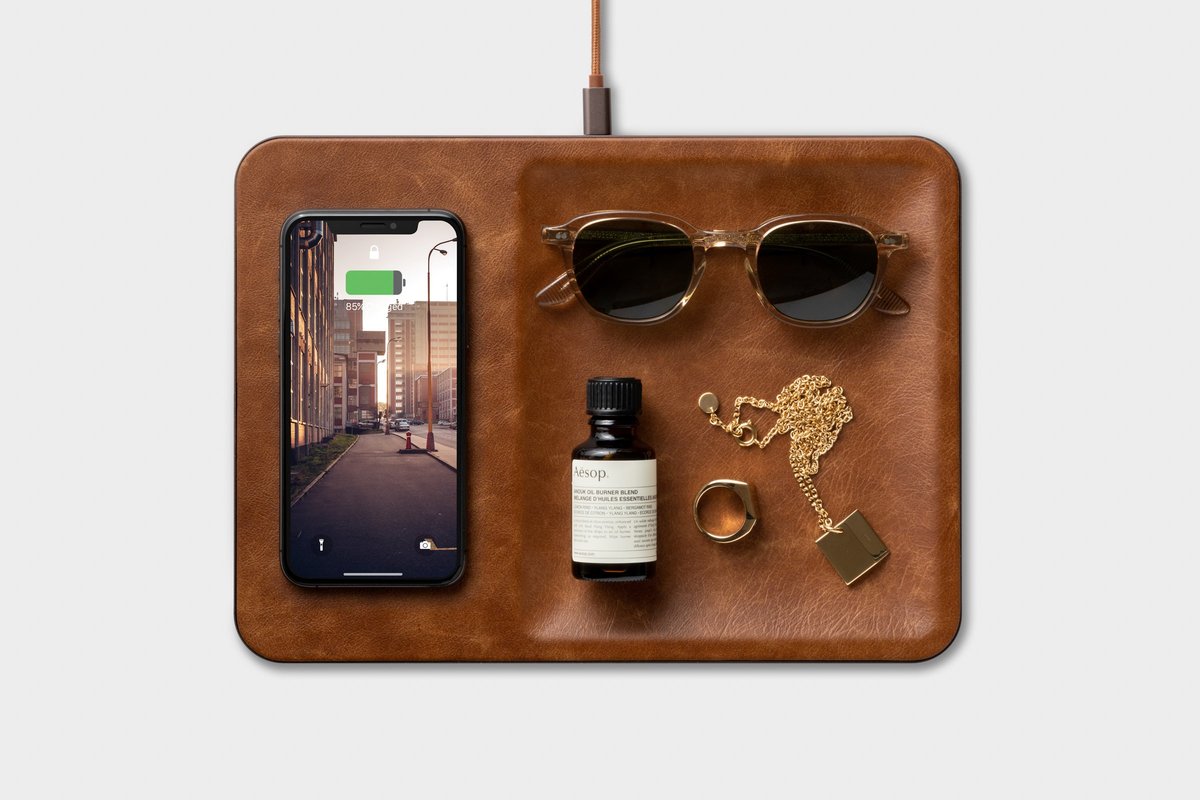 It boasts a 35,000-bend lifespan and the wrap on the cable will help prevent awkward bends and tears to the cord. It can also do high-speed charging if paired with an 18W charger too. 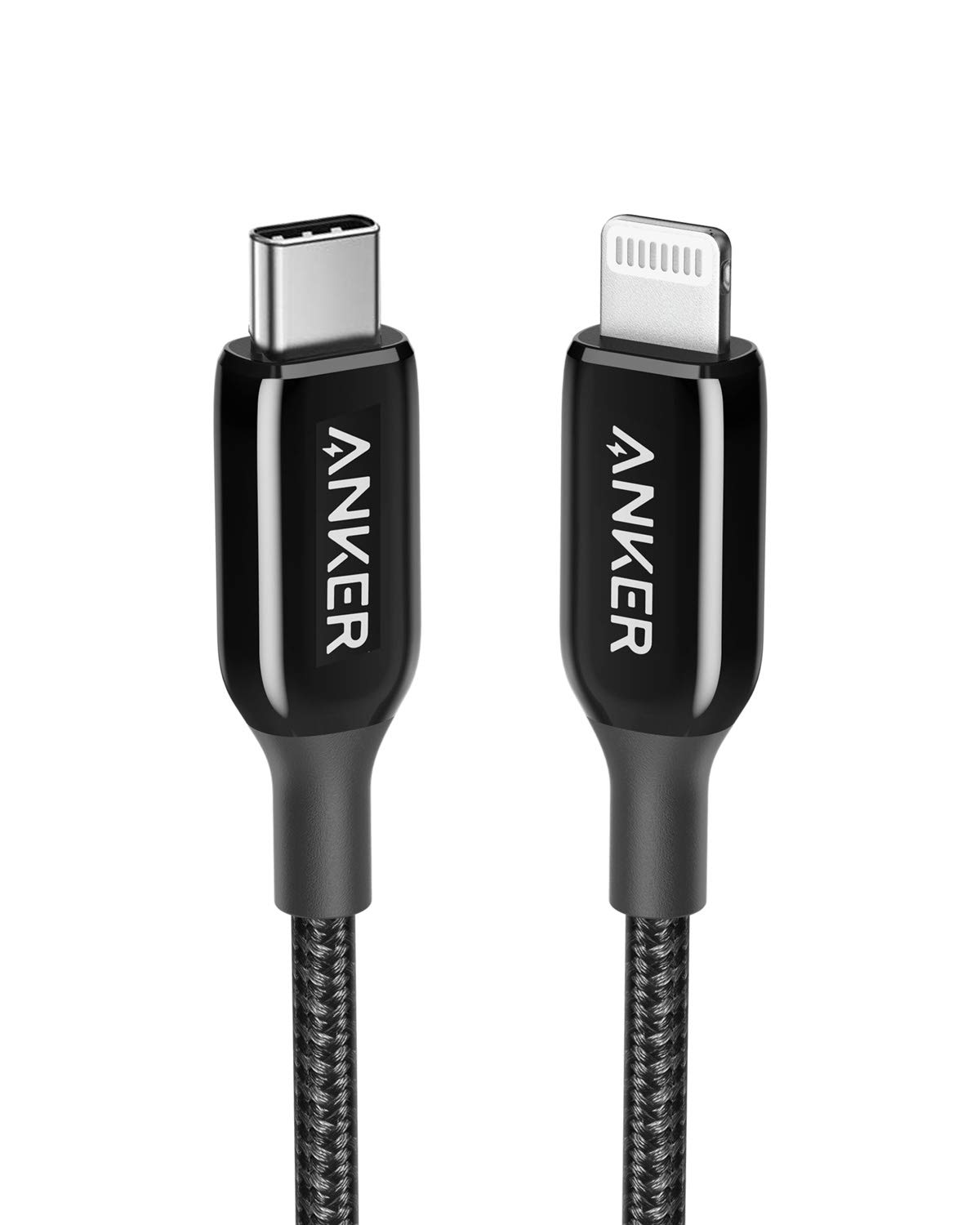