MicroSD cards may not be as ubiquitous as they once were, but many popular tech devices still require these tiny memory cards (think mobile devices, GoPro cameras, drones and the Nintendo Switch). For these devices, the best microSD cards still provide convenience, performance and overall great functionality.

In some cases, these little wafers can store as much data as the hard drive on your computer, and they’re durable too, with some surviving a trip through the washer and dryer (editor’s note: don’t actually try that).

While microSD cards might all look the same to a layperson, there are important specifications to consider when shopping for a new card. So how do you pick the right micro SD card for your needs? Different devices take advantage of these cards in different ways, so there are a few things you want to look out for when shopping for the best microSD cards. Below, we’ll walk you through all the specifications you need to understand, as well as our favorite microSD cards for sale right now.

A Breakdown of microSD Specifications and Markings

Just because microSD cards all look the same, there’s more separating them than just the amount of data they hold. These cards have an overwhelming number of different classifications which are used to separate them, and which determine what use cases they’re best suited for. The number of distinctions are excessive, but if you’re buying a microSD card for anything but casual use, it’s worth understanding what you’re buying.

What do the markings on microSD cards mean? Here are the specs to look out for: 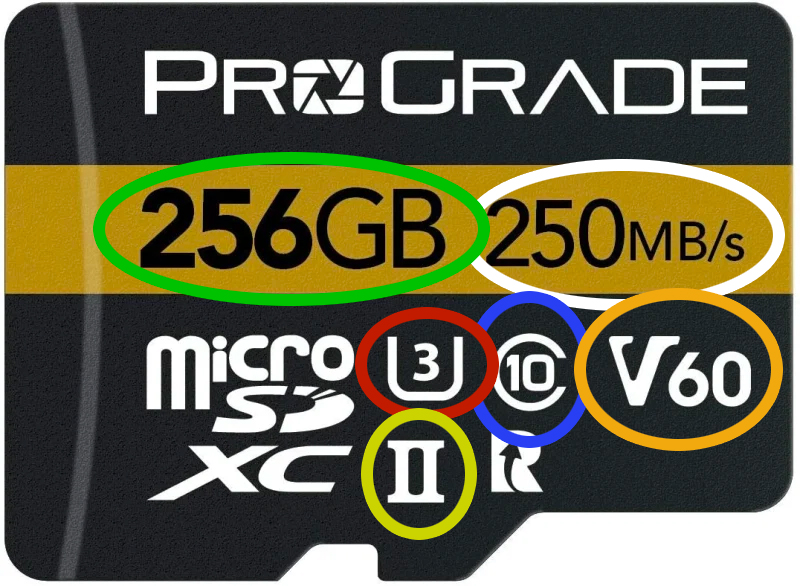 Now that you have everything you need to know about what to look for in the best microSD cards, the only thing left to do is take a look through our top picks and figure out which one is right for you.

Best microSD Card for General Use

When it comes to pure performance, the SanDisk Extreme line of microSD cards will typically outperform Samsung’s Evo cards. But if you just need a card for casual use, such as store photos from a basic camera, those differences won’t matter all that much. Instead, go with the 128 GB Samsung Evo Select, which will net you performance comparable to the SanDisk Extreme microSD card, but at a lower price. This card does not have the same V30 video speed rating as SanDisk’s cards, but it is still a U3 rated card with max write speeds of 60 MB/s which should be good enough for most people. And at the end of the day, who doesn’t like saving money? 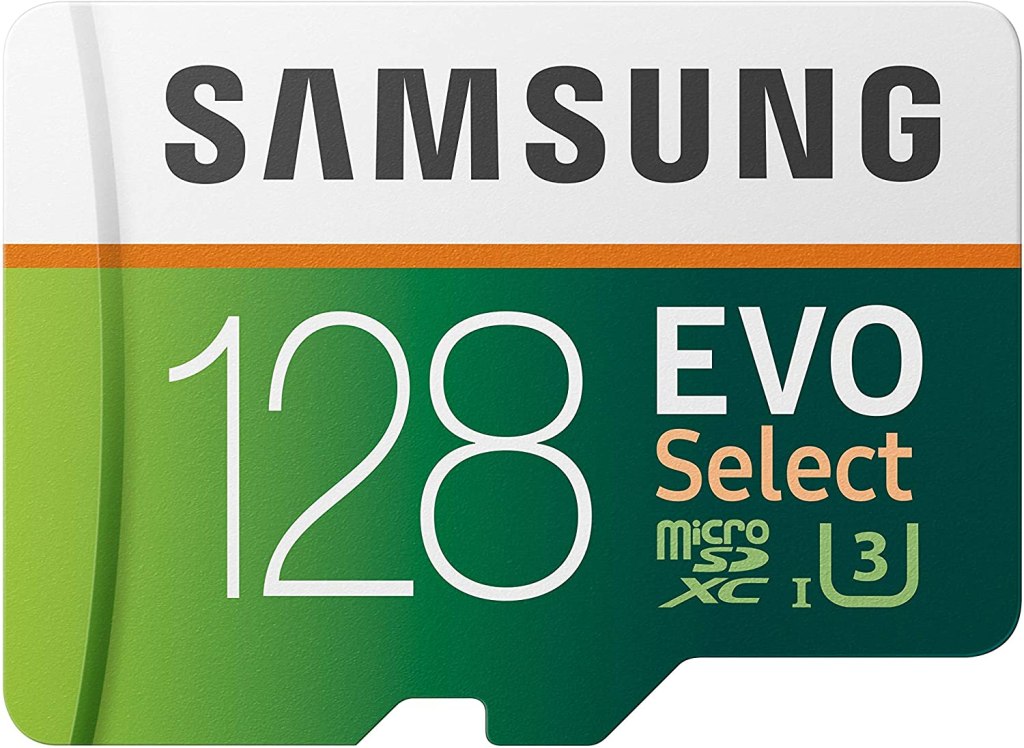 The Best microSD Card for Smartphones, Tablets and Computers

If you’ve managed to fill up your smartphone storage, chances are you have a decent amount of apps or photos that are taking up space, and over time, those file sizes will only continue to get bigger. We’d recommend not skimping here and getting a card that has plenty of space, can load apps quickly and can handle any 4K video recording needs. With that in mind, we’d go with the 512GB SanDisk Extreme thanks to its U3, V30 and A2 classifications, as well as having enough space to store everything you could ever want to keep on your phone, tablet or computer, such as a Raspberry Pi. 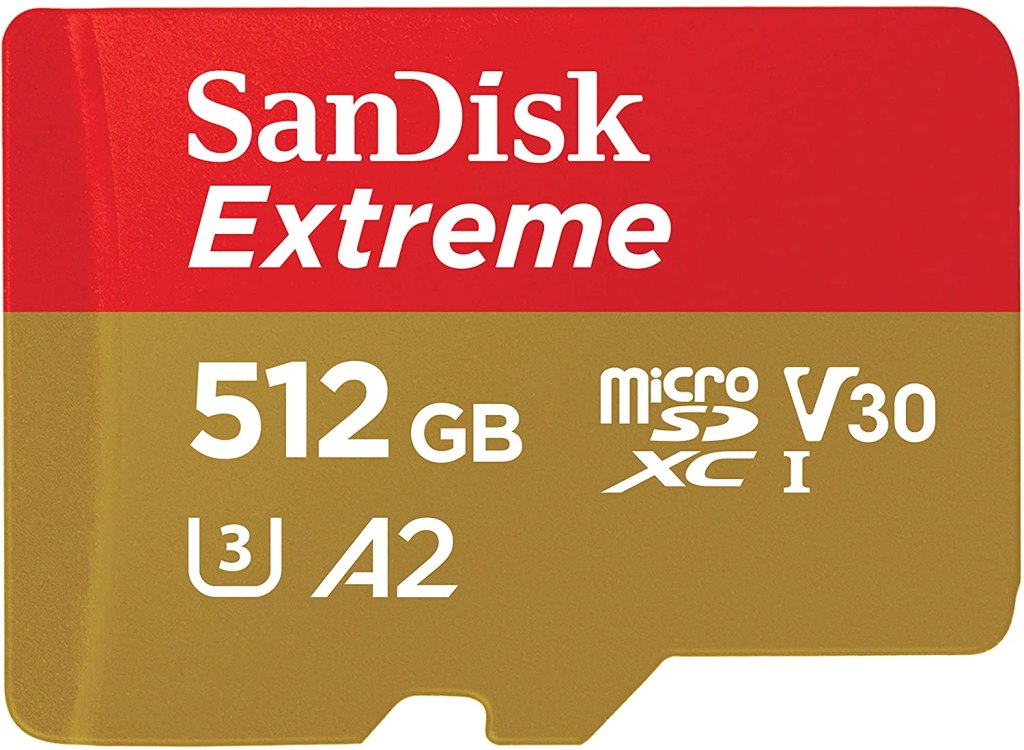 Because the Switch hardware is a few years old at this point, you don’t necessarily need the most advanced microSD. All of the added performance benefits would be rendered moot by the Switch. But still, you at least want a card with a U1 Speed Rating, and in our opinion, 256 GB of storage space. This will ensure that you can easily have 10 big AAA games stored locally along with a bunch of smaller indie games. And for this, you can’t really go wrong with the special Nintendo Switch-edition SanDisk microSD card. It’s fast, affordable and guaranteed to be fully compatible with your hybrid console. 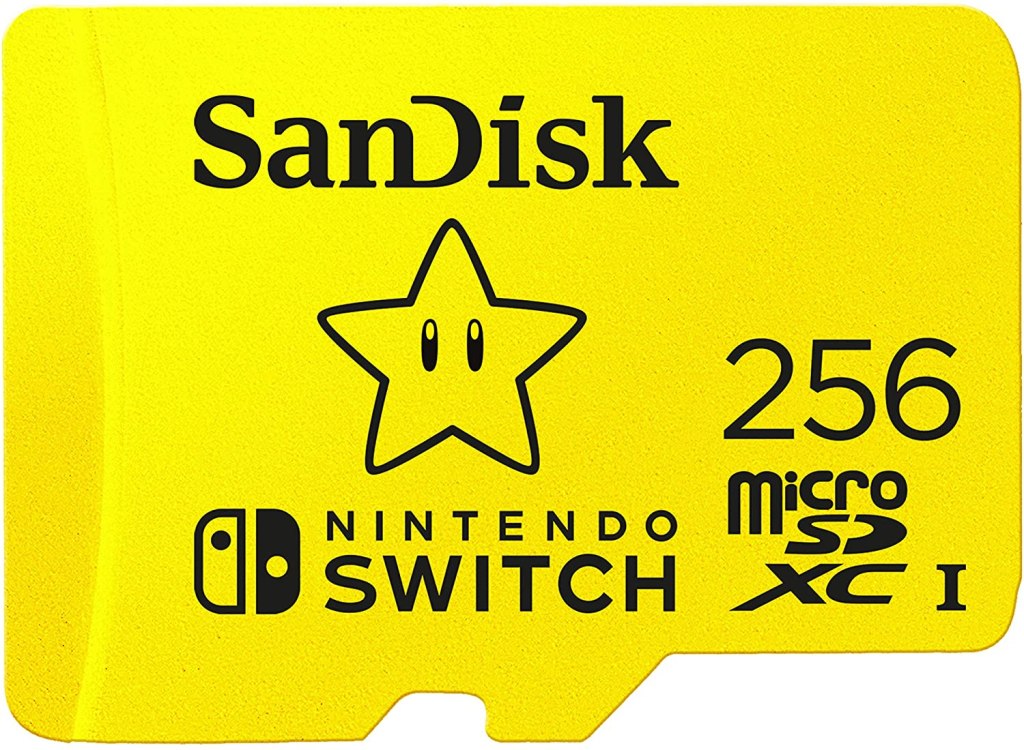 Because the GoPro shoots in 4K, you’re going to want a microSD card that not only has fast write speeds (thus preventing stuttering), but also has plenty of capacity for storing all those videos from your various adventures. GoPro compatibility can be a little fickle, but when it comes to most newer models, you can’t go wrong with the 128 GB SanDisk Extreme and its U3, V30 and A2 ratings. That means you can expect maximum write speeds up to 90 MB/s and a minimum sustained sequential write speed of 30 MB/s. And the 128 GB size will mean that you can store roughly four hours of GoPro footage before you need to make space for more. 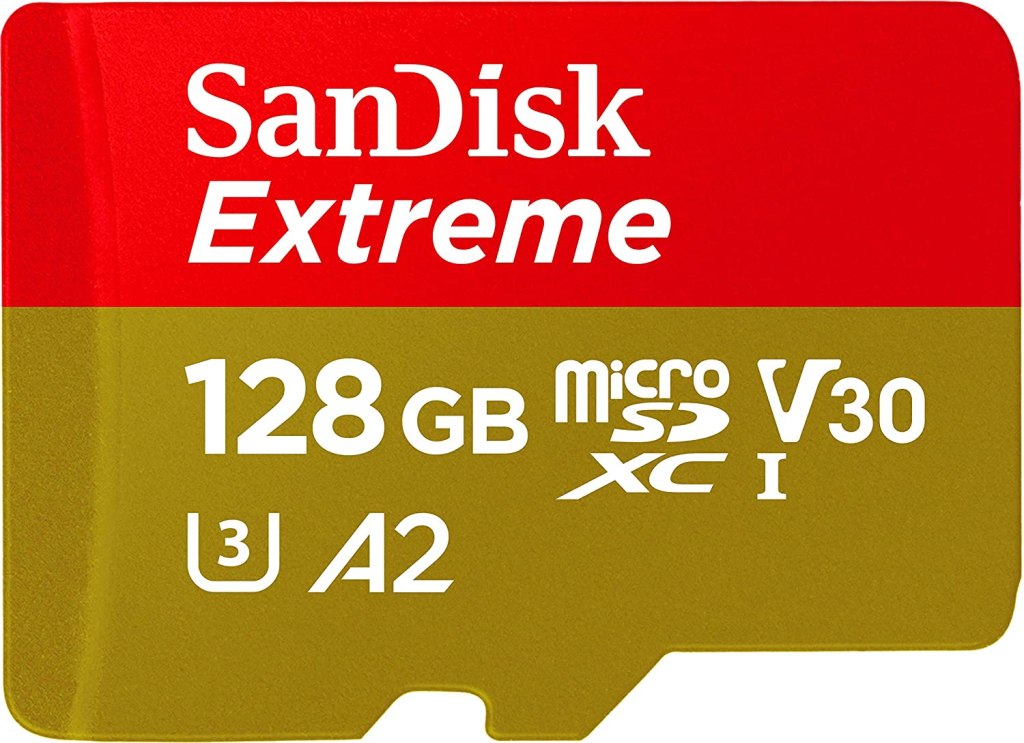 Like GoPro cameras, you’re going to want a microSD card that can write fast enough to keep up with the high-resolution stream of data that’s flowing in from the drone’s 4K camera. But you likely won’t need the same amount of storage capacity, so we would recommend saving a few dollars and going with the 64 GB variant of the SanDisk Extreme which has all the same speed ratings as the 128 GB version. 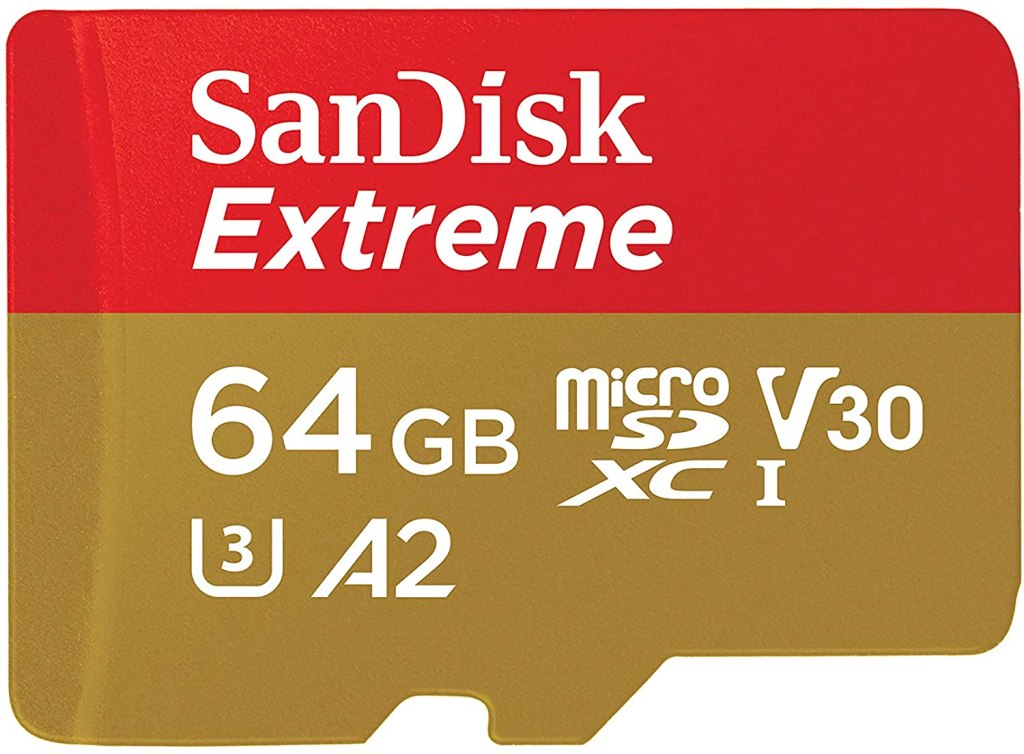 If you want the biggest, baddest, fastest microSD card money can buy, here it is. This the ProGrade microSDXC UHS-II V60 Memory Card is not only U3, A2 and V60 rated, but it’s also equipped with the UHS-II bus, giving it read speeds up to 250 MB/s. Sure there aren’t a ton of devices that can take advantage of this yet, but if you are constantly transferring photos and videos from your microSD card and you have a UHS-II compatible card reader, the time you’ll save with this upgraded storage setup could be invaluable. 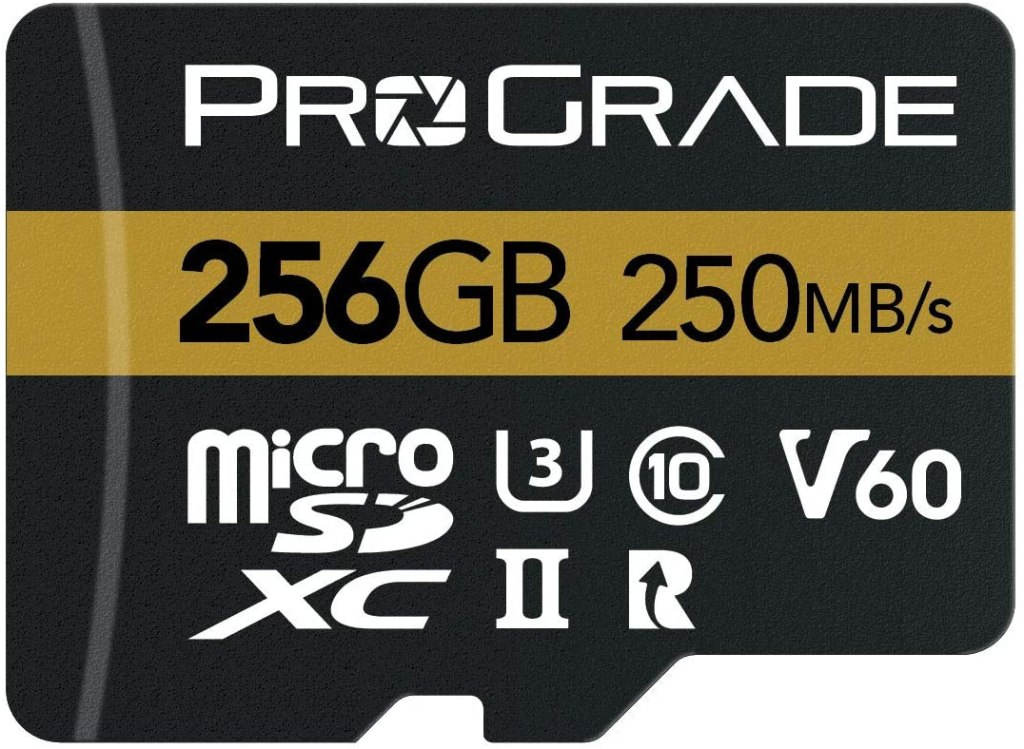 Since the cost of microSD cards are loosely tied to their storage capacity, it should be no surprise that the most affordable microSD cards are the smaller ones. But still, you can a 64 GB Samsung Evo Select card that is nearly the same price as the lesser spec’d 32 GB SanDisk Ultra. There’s nothing flashy about this card, but it will absolutely get the job done. 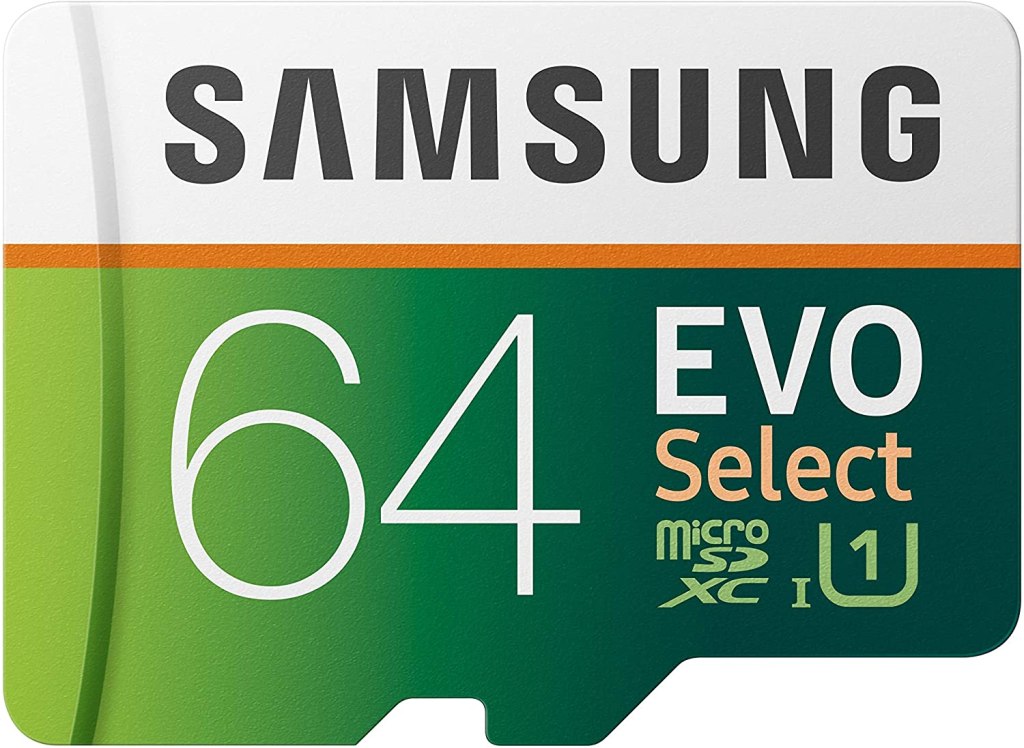 In the era of cloud storage, we’re not sure anyone really needs a terabyte’s worth of storage on a single flashcard, and if you do, there still may be cheaper alternatives. But in any case here it is: The SanDisk Extreme 1 TB microSD card. This thing has U3, A2 and V30 speed classifications, so you know it will be able to quickly stash away an insane amount of photos, videos or whatever else you can throw at it over the next few years. But it also comes at a steep price: This card will run you nearly $300. 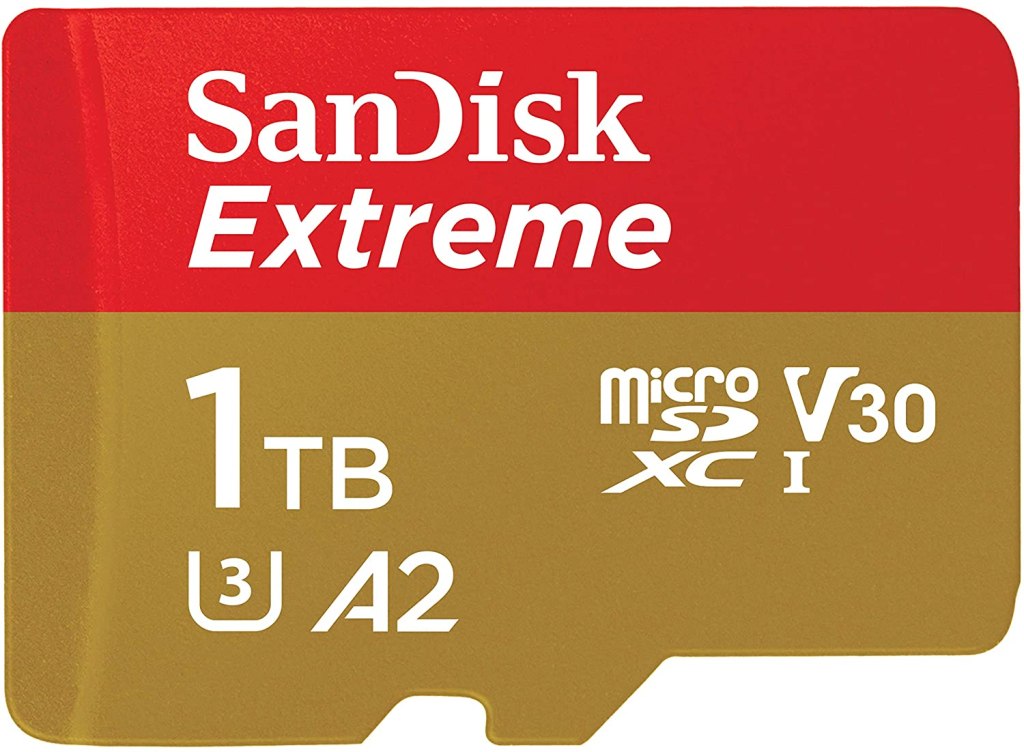 The Best Budget Android Phones You Can Buy in 2021