Today’s smartphones come with more features and gimmicks than ever before—they feature DSLR-quality cameras, pack powerful CPUs and are designed to look and feel as premium and lightweight as possible. But because these phones designed for mobile use, most phone manufacturers tend to sacrifice durability in favor of portability. While your phone may act as an extension of yourself, it’s extremely, extremely fragile.

That’s where rugged phones come in. These super sturdy models are for people on the move and are built to withstand extreme conditions. These phones are waterproof, shock-proof and even dust-proof. Best of all, each option comes factory unlocked, which means you can use them with any mobile carrier.

If you’re in the market for a new phone, check out our picks for the seven best rugged phones currently on the market.

Sure, it’s marketed as a “rugged smartphone”, but with this phone comes a veritable smorgasbord of awesome features. First off, it includes a built-in FLIR thermal imaging camera (as well as a regular 8MP fixed focus lens), which on own its own often goes for $500 or more. It also comes with an indoor quality air monitor and an ultra-powerful 4,500mAh battery. It’s also fully waterproof and extremely durable, making it the single best rugged phone currently on the market. 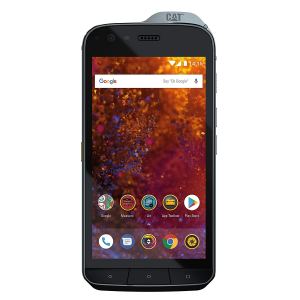 For under $150, this rugged phone is a great deal. Backed with a built-in rubber shield, this rugged phone is waterproof and extremely durable—making it a great everyday option for onsite workers and travelers. It also comes with 3GB RAM+16GB ROM and use’s Android 9.0 operating system, which is a plus if you’re an Android user. It also comes with front- and rear-facing cameras and facial recognition software. And did we mention it’s drop-proof up to 1.8 meters? 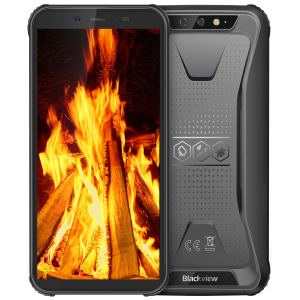 The toughest phone for those on the move, this rugged model comes with a stunning 5.5-inch screen that’s designed to be clearly visible even during the day. With a powerful 16MP front camera and 2.0MP rear option, it’s able to capture stunning pics, and with an insane 6,000 mAh high-density battery, this phone is designed to stay powered on throughout your adventures. It also comes with a sleek GPS and Glonass navigation system, which makes it easier to help you get where you need to go. 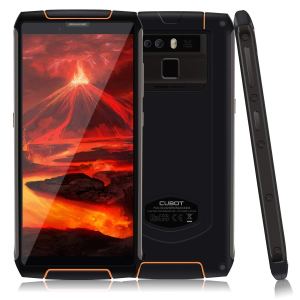 At just under $100, the Plum Gator 4 is one of the cheapest rugged phones on the market. That’s not to say it isn’t powerful; with 8GB of storage, 1GB of ram, detailed front and back cameras and a stellar LCD display, it makes a great everyday option. Of course, it’s also designed to be both shock- and scratch-resistant, and the built-in gorilla glass protector is another nice touch. 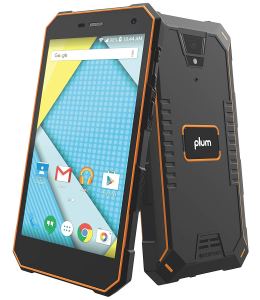 More than just an ordinary phone, this Ulefone Armor model comes with a fully functional walkie talkie and can support both automatic record and Bluetooth functionality. Able to withstand up to two meters of water and, impressively, one meter of concrete, this rugged phone also sports an incredibly powerful 10,300 mAh Battery, which is easily one of the strongest batteries on the market. If you’re taking your phone on long treks and need an option that doesn’t drain too fast, this one’s a great option. 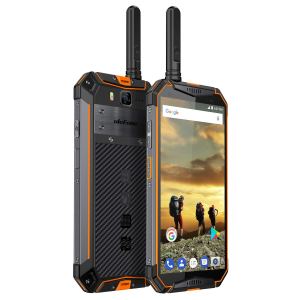 Sure, all the phones on this list are waterproof, but this option is specifically designed to help you use your phone while it’s submerged. It comes with a smart Underwater Mode, which not only lets you take stunning underwater pictures but can also record videos and more. With its Helio P70 processor, it’s also incredibly fast and with 64GB of internal storage, it offers more than enough space to store all of your shots. As an added bonus, the 1080 x 2246 screen resolution looks stellar. 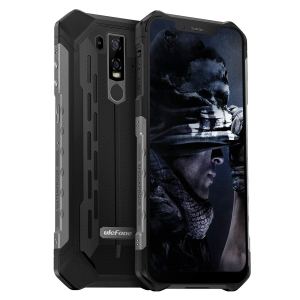 This durable everyday phone comes with a 4,000 mAh battery and an incredibly bright 720 x 1280 display screen that’s easily seen during the day and at night. It also comes with two cameras (one front and one rear), and can capture 720p video capture at 30fps, which is pretty darn good considering the price point. It boasts 16GB of internal storage, which may not be a whole lot but, fortunately, comes Micro SD-compatible. 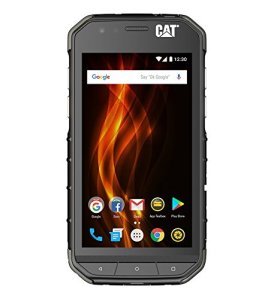