In spite of everything, flip phones are one of those lingering tech products of days past that refuses to go away.

Smartphones may enhance our day-to-day lives in ways a flip phone never could, but with that have come very real privacy concerns, an increasing addiction to social media and the expectation that you’re reachable 24/7. This is why some people have started looking back to flip phones as a way to cut out the noise, so to speak.

Unless you were born after 2007 when Apple introduced the masses to smartphones, you’ll remember using the little flip phones that whipped open with such pizazz. They had a sassy, modern style back in the early ‘00s, and now we’re starting to see more people switching back to a flip phone.

Whether it’s as the main phone or a secondary phone, the best flip phones allow people to disconnect from the internet hive mind and go about their business. And a big part of this comes down to their inherently limited functionality. Some of these phones may have Twitter and Facebook, but they do so much less than their smartphone apps that you’ll naturally not want to use them as much.

But flip phones are great for more than just disconnecting from the world. For some seniors who may find smartphones overly complicated, the best flip phones are easy to use and provide services that are catered to their needs, such as emergency assistance.

Flip phones typically run anywhere from $30 to $300, depending on features, which is a breath of fresh air after shelling out up to $1,500 for the latest iPhone. Plus, if you’re trying to cut down your time on social media, texting or emailing, a flip phone’s limited features are extremely helpful.

If you’re looking to try out the new (or is it the old?) flip phone trend, read on.

When it comes to value, ease of use and overall functionality, the Alcatel Go Flip 3 is the best flip phone you can buy. It has a relatively large 2.8-inch display, a keypad with big buttons that are laid out well, and a handful of surprisingly modern apps, which include Google Maps, YouTube, WhatsApp, Twitter and Facebook. But maybe the most useful app of all is Google Assistant, which integrates with the phone’s KaiOS and lets you dictate texts, emails, tweets and anything else so that you don’t have to deal with T9 predictive text.

While none of these apps are as fully featured as their smartphone versions, it’s still nice to have the option of accessing these services if you need to. While the 2 MP camera will not be something you’ll want to use much, you can take solace in the fact that you’ll be able to go a couple of days without having to plug this thing into a charger. 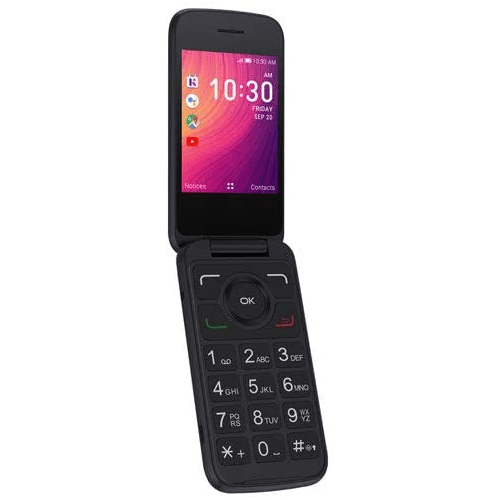 The GreatCall Lively Flip is the best flip phone geared towards seniors, and what that largely comes down to is the hardware and software design. The large 3.2-inch screen makes text easy to read, and it comes with Alexa integrated so that you can dictate text instead of typing it. The speaker provides plenty of volume and this handset can even work with hearing aids. But most crucial, every button on this phone is clearly marked so that it’s easy to discern its purpose, and there’s even a dedicated button to activate an emergency SOS call that will connect you with a GreatCall response agent to provide 24/7 assistance.

Speaking of services, this phone also works with GreatCall link, which provides status updates so that family members or caregivers can receive status and location updates on whoever is using the Lively Flip. Other services include the ability to speak with a medical professional 24/7, and dialing 0 to connect to an operator and place a request for a Lyft Ride. While there are plenty of devices suitable for elderly users who may not be the most tech-savvy, the GreatCall Lively is the best option in our view. 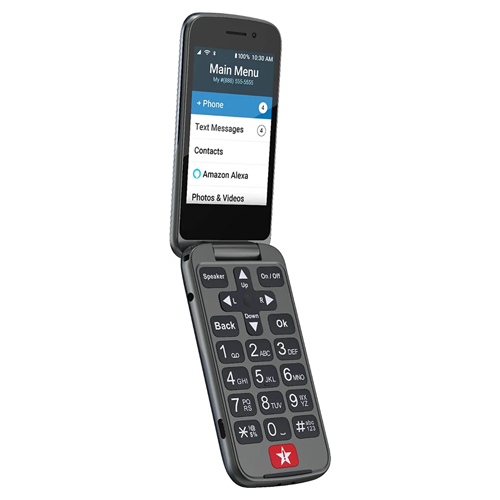 Ok, when you’re talking flip phones, a $1200 smartphone with a flexible display is not what automatically comes to mind. But the Samsung Galaxy Z Flip is, by definition, a flip phone and it gets a place on this list. Whether you’re feeling nostalgic for the cellphone salad days of the late ‘90s or want to experience a bit of technology that’s downright futuristic, the Galaxy Flip Z can satisfy all those wants.

Aside from being able to protect the screen from drops in some instances, we’re not sure there’s any true benefit to the use of a folding screen here, especially when you consider that the 6.7-inch display isn’t built to resist scratches and weather. But this phone is solidly built and a great performer by all accounts, akin to a premium phone like the Samsung Galaxy S20. So if this is a device that calls out to you, you likely won’t be disappointed. 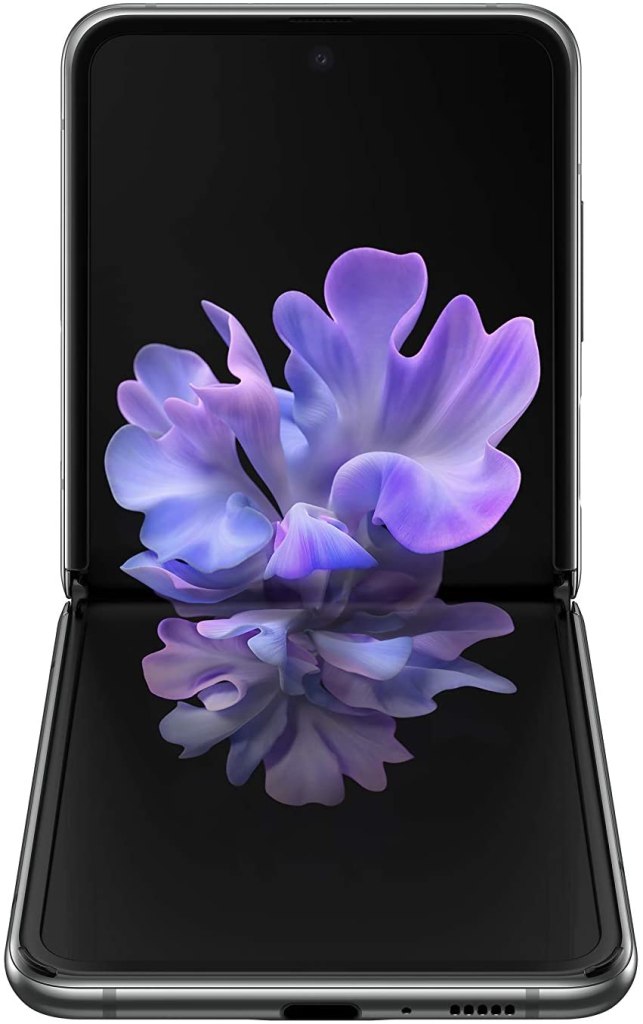 If you’re the type of person who can’t be trusted to not shatter your smartphone screen and you’ve destroyed more than one in the last 12 months, maybe it’s time to consider something a little more durable. In that case, the Kyocera DuraXE is a handset with an IP68 MilSpec durability rating, which means that it can basically handle any drop, spill or extreme environment you bring it into. Aside from that, the only other real feature of note is the fact that it has a 5MP camera, but the other features are not the point here. What matters is that this is a phone that you will not break (unless you are trying to break it). 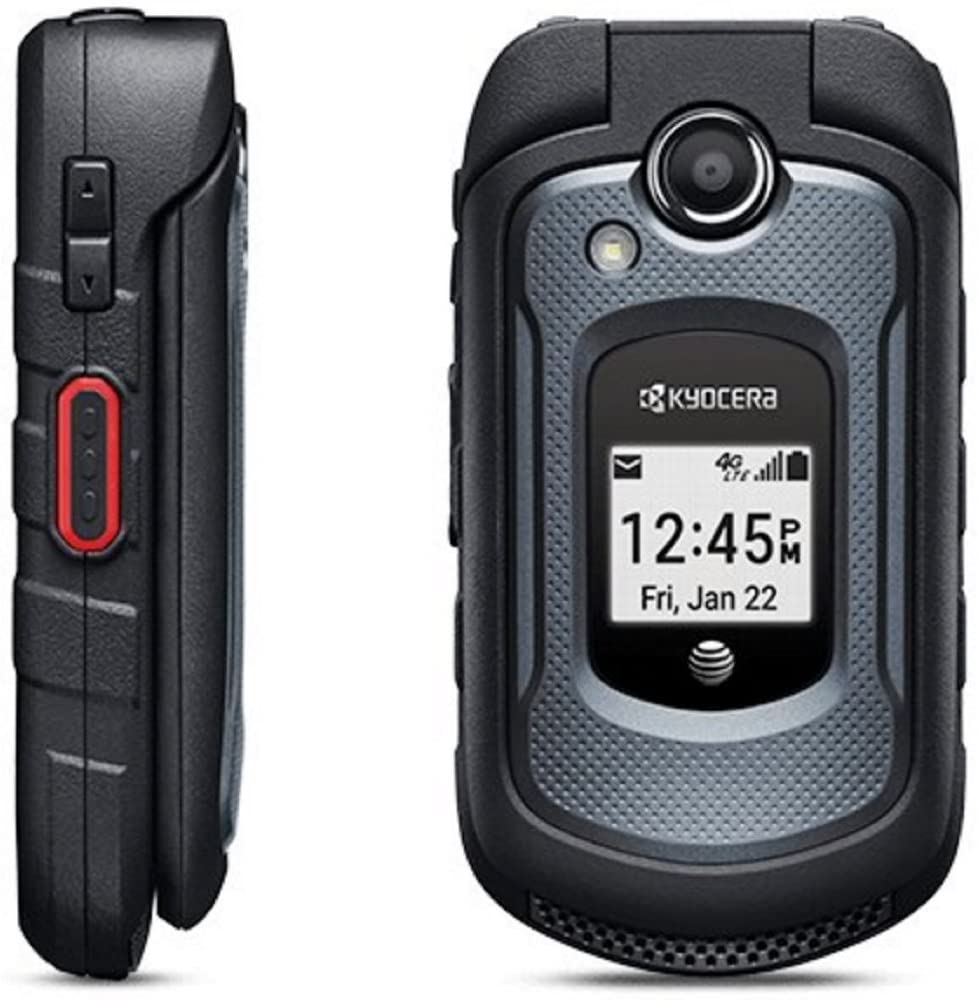 The Alcatel MyFlip 4G is the phone you want to go for if you need one of the cheapest, most no-frills phone you can get your hands on. There is absolutely nothing exceptional about this phone. Sure it has apps for email, text, music and web browsing, but those are guaranteed to be limited in functionality. The battery offers 6.5 hours of talk time and will likely last a few days in between charges, but the same can be said about all of the other phones on this list (save for the Galaxy Z Flip). But for a meager $30, you get a phone that has stripped away all of the bells and whistles and is just focused on making calls. And for some of you who are seeking the best flip phone, isn’t that the point? 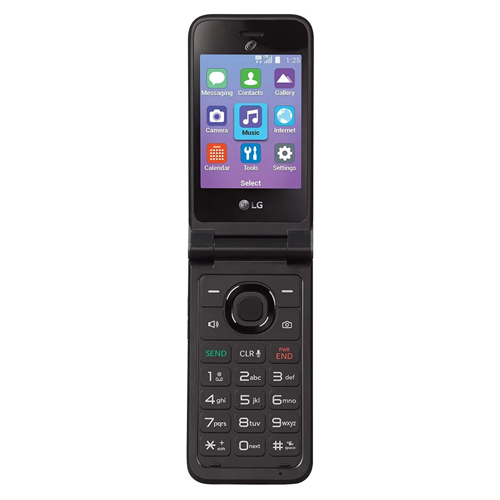 Ranking the 5 Best Smartphones For Sale in 2021