The sun is more than just a glowing red dwarf that our planet orbits around. It’s an effective tool (or menace) for naturally-lit photographs, a good indication of what to wear (or not to wear) based on how sunny it is, and an effective source of Earth-bound energy.

Thanks to solar panel technology, we humans have engineered a way to tap into the UV rays generated by the sun to power and recharge our treasured electronics. For those of us looking for ways to re-juice our smartphones and tablets while camping, hiking or traveling, a solar-powered battery charger is a great investment.

How We Chose the Best Solar Battery Chargers

Solar battery chargers are designed and engineered for total peace of mind when it comes to keeping your essential tech powered and reliable. That being said, the solar charger itself needs to be just as, if not more, reliable than the devices you’re connecting to it.

When considering what chargers to include in this roundup, we weighed a number of essential criteria when vetting and testing the products that made the final cut.

This is a value (represented by mAh) that refers to the total energy capacity of a particular battery. The average solar battery charger usually tops out at around 20,000mAh, but there are units that far exceed that rating, and smaller batteries that contain less storage capacity.

While bigger storage capacity is ideal for charging multiple devices at once and getting more device charges out of a single solar charge, higher milliamp ratings can sometimes mean a bigger design, too.

If bulkiness is a hindrance for your next outdoor galavant, we’ve rounded up solar battery chargers with low, medium and high milliamp ratings, so you can pick an option that best suits the gear you’ll be traveling with.

When it comes to inputs, we want solar battery chargers that come with as many connection types as possible. Traditionally, most portable chargers will feature two to four USB-A ports for common devices like phones, tablets and laptops.

But these days, USB-A alone won’t make the grade. Perusing our selections, you’ll see that we’ve done our best to include solar battery chargers with USB-A and USB-C inputs, along with less common connections like AC and DC outlets, and even alligator clamps for charging up a car or boat battery.

Many solar battery chargers are designed for grab-and-go usage. This means that manufacturers should be designing these portable cells with hefty armoring because let’s face it — we’re going to drop, bang and slam them (by accident, of course).

Furthermore, we try to look for solar battery chargers with top IP-weather ratings. With many of these chargers designed for sun-powered energy conversion, we want the chargers to be able to withstand extreme temperatures, precipitation, as well as dirt, dust and humidity.

When it comes to emergency power, this solar power bank from Riapow will never leave you stranded. Sporting a rock-solid 26,800mAh battery, a full charge will deliver up to eight charges to an iPhone 11, six to a Samsung Galaxy 10 and three to an iPad mini. Featuring two USB-A inputs, a USB-C port (also used to recharge the battery), and Qi wireless charging, you can charge up to four devices at once. It takes about seven hours to completely recharge the battery, but thanks to the attached solar panel, it’s easy to keep the battery topped off while outdoors. 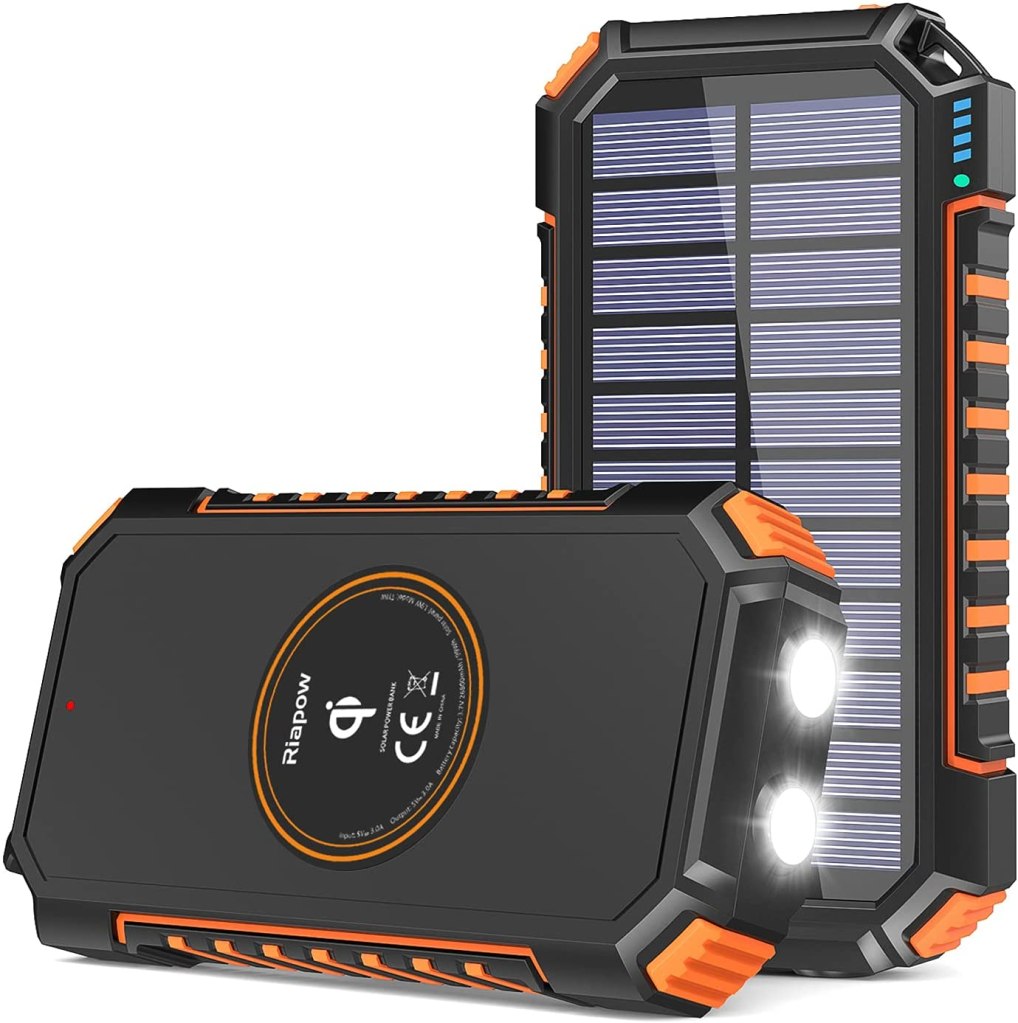 Sometimes we need our devices to recharge as quickly as possible, whether we’re nearing a dead battery or our phone has already kicked the can for the day. This 20,000mAh solar battery charger from Anker is capable of delivering 12 watts of power from its USB-C port and 8 watts from its USB-A connection. To put things in perspective, charging a dead iPhone 12 using the USB-C port for only 15 minutes will get you enough power for up to three hours of HD video playback. Built for durability and the elements, the IP65 rating also makes the Solar 20000 totally resistant to dirt, dust and precipitation. 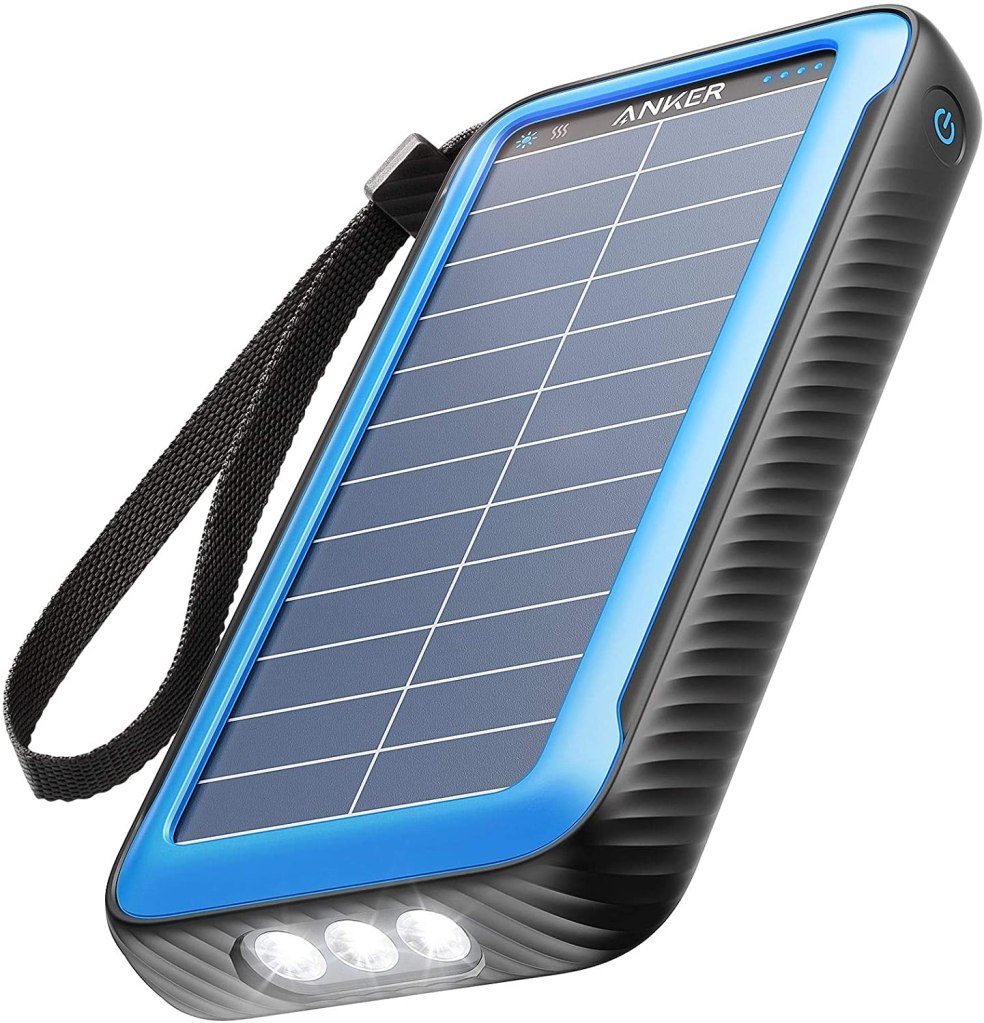 No one wants to cart around an external battery that adds hefty lugging weight to an already heavy hiking backpack. Perfect for hiking, camping and other types of wilderness trekking, this BEARTWO solar charger weighs less than half a pound. The battery holds up to 10,000mAh of power, takes only five hours to completely recharge and features two USB-A inputs. While we would have liked to see a USB-C port, too, the WT-H186 is a solid solar charger for a low price. 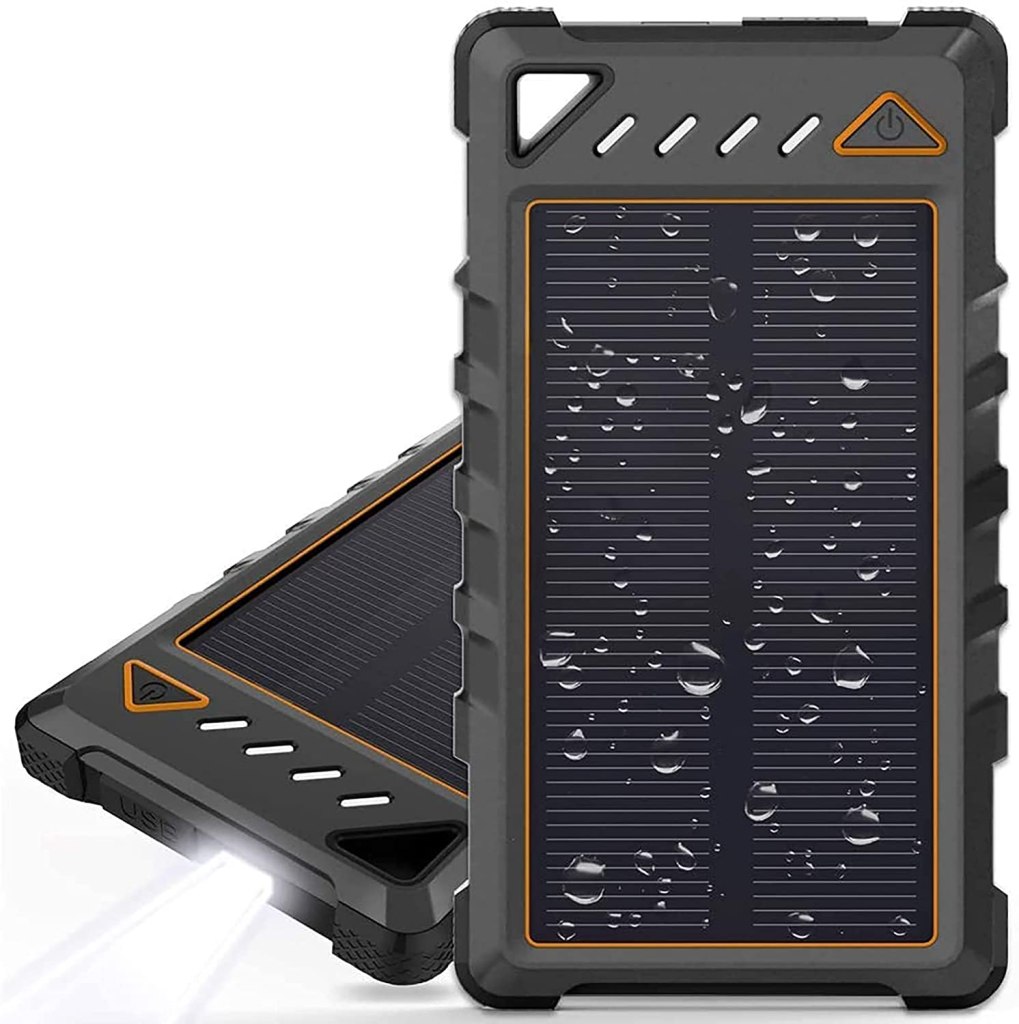 The Blavor PN-W12 is built to handle any drop, dip or ding it comes into contact with. Rain or shine, the IPX5 rating ensures the Blavor will stand up against the toughest bursts of heavy rain, and the tough outer shell features a hinged, rubberized cover for the charger’s three USB outputs. The battery tops out at 20,000mAh, and with the inclusion of wireless charging, you can re-juice up to four devices at once. We’re also big fans of the LED flashlight and onboard compass, two excellent emergency considerations that make the PN-W12 a top-notch solar battery charger. 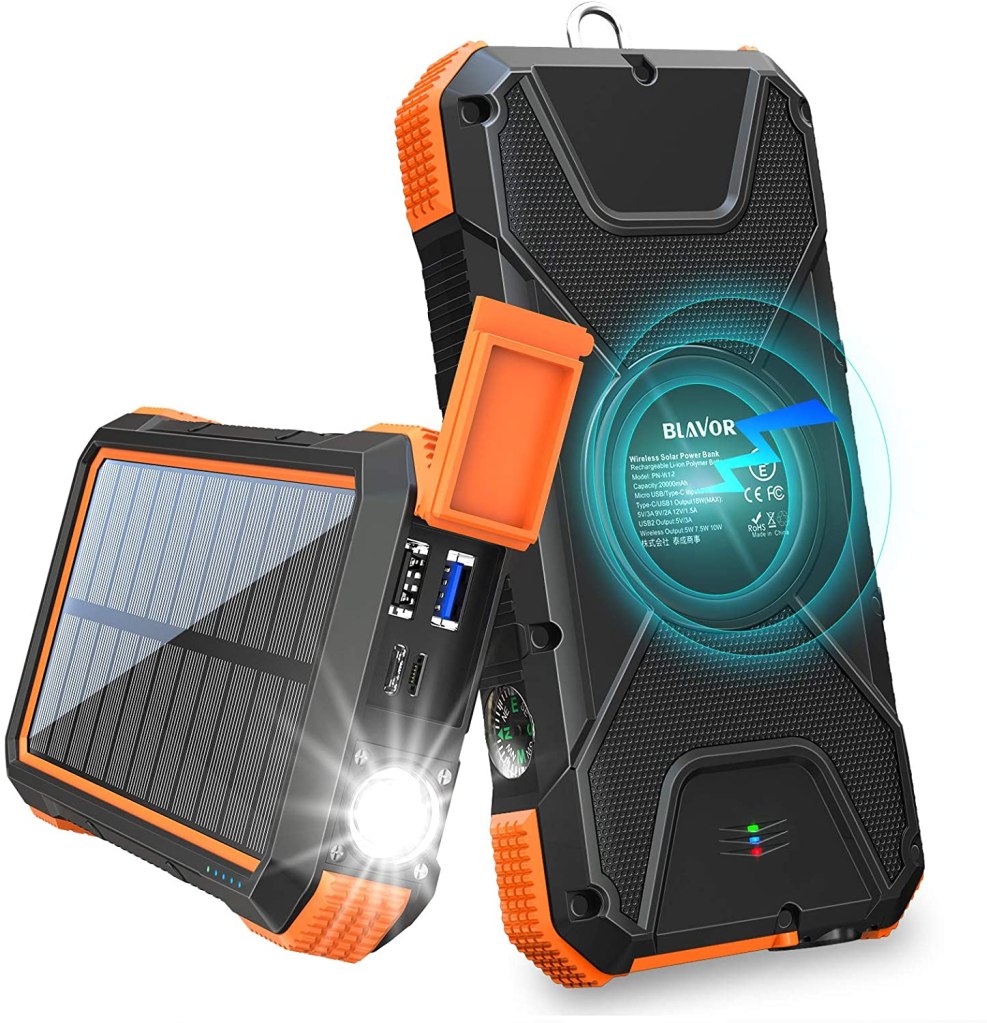 Getting stranded with a dead car battery in the middle of nowhere means a long wait for a rescue tow. Thanks to this Solperk solar panel kit though, there’s a good chance of you getting your car battery back in action. Once unfolded, the 20-watt solar panel absorbs sunlight, sending converted energy to the 8-amp Solperk module with attached alligator clips. The kit is compatible with a number of different 12V DC batteries, including ones you’ll find in common cars, RVs, boats, jet skis and more. And if you need more power, Solperk produces solar kits with panel ratings up to 100 watts. 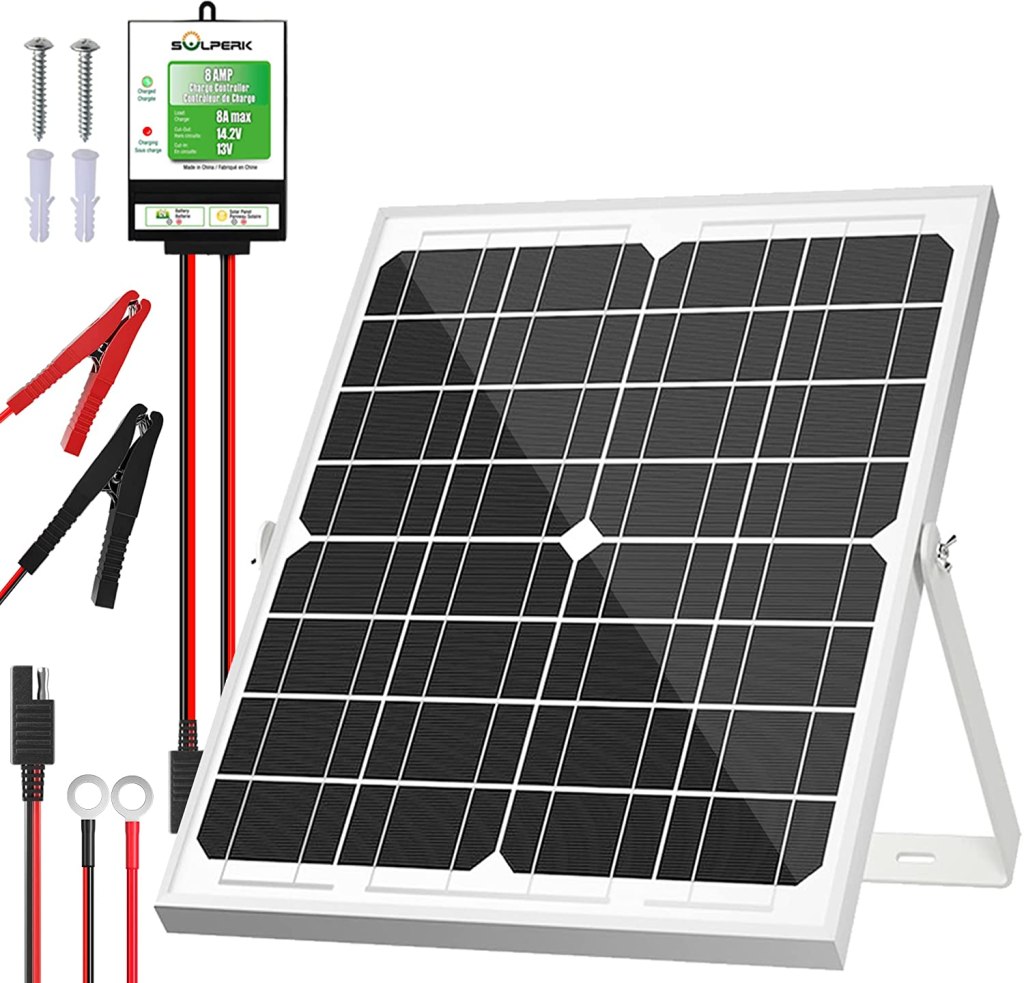 When it comes to robust power, a portable solar charger will only go so far. Neighborhood blackouts and electrical failures call for something much bigger, which is where items like the BLUETTI EB55 power station come in. The 700-watt inverter is capable of storing enough energy to keep a number of household essentials going in the event of a power failure, from phones and laptops to TVs and mini-fridges. There are enough inputs here to charge up to 13 devices at once, and you can recharge the station with a solar charging cable, AC outlet, DC vehicle port or with another backup generator. 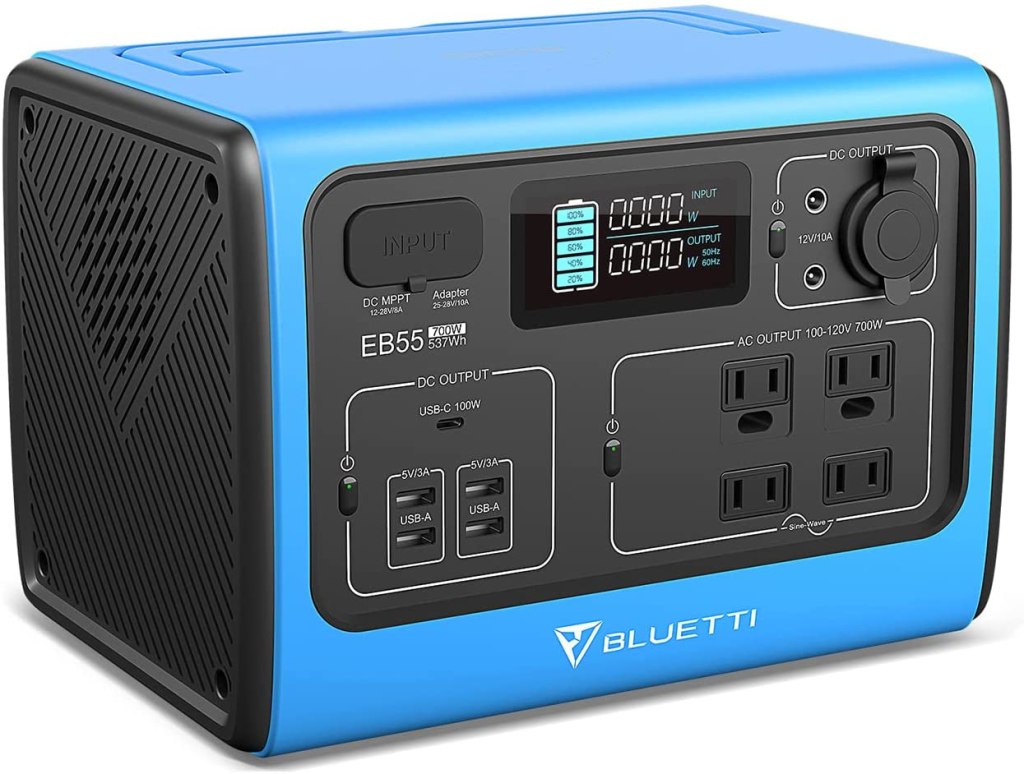 When it comes to solar battery chargers, the greater the surface area your panels cover, the more energy your charger will collect. This Blavor solar battery charger is built for optimized power, featuring a fold-out panel to keep your battery topped off while you’re journeying through the great outdoors. The battery itself handles up to 20,000mAh hours, and you can charge three devices at once (two USB-A ports and one USB-C port). For emergencies, the PN-W12-Pro also includes an SOS flashlight, LED panel and a built-in compass. 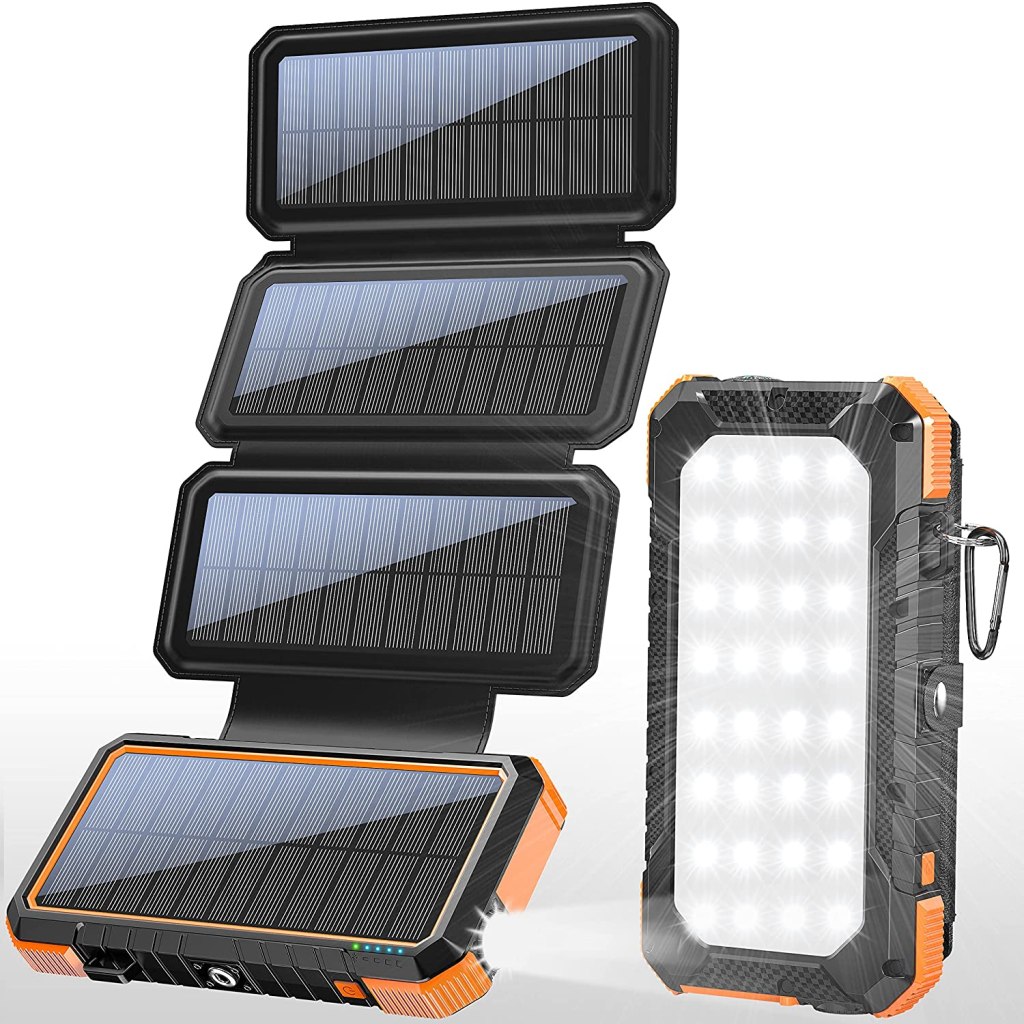 If you want your solar battery charger to store as much energy as possible, look no further than the PS-400 from PSOOO. The cell supports up to 50,000mAh, which is nearly double that of the other batteries in this roundup. You can expect up to 17.4 recharges for an iPhone 12, 12.2 charges for a Samsung Galaxy 21, and 8.8 charges for an iPad mini 5. While it’s a bit on the bulky side, the bigger design is necessary for the bigger battery. There’s also no shortage of USB inputs here, with four USB-A ports (no USB-C outputs) allowing you to charge multiple devices at once. 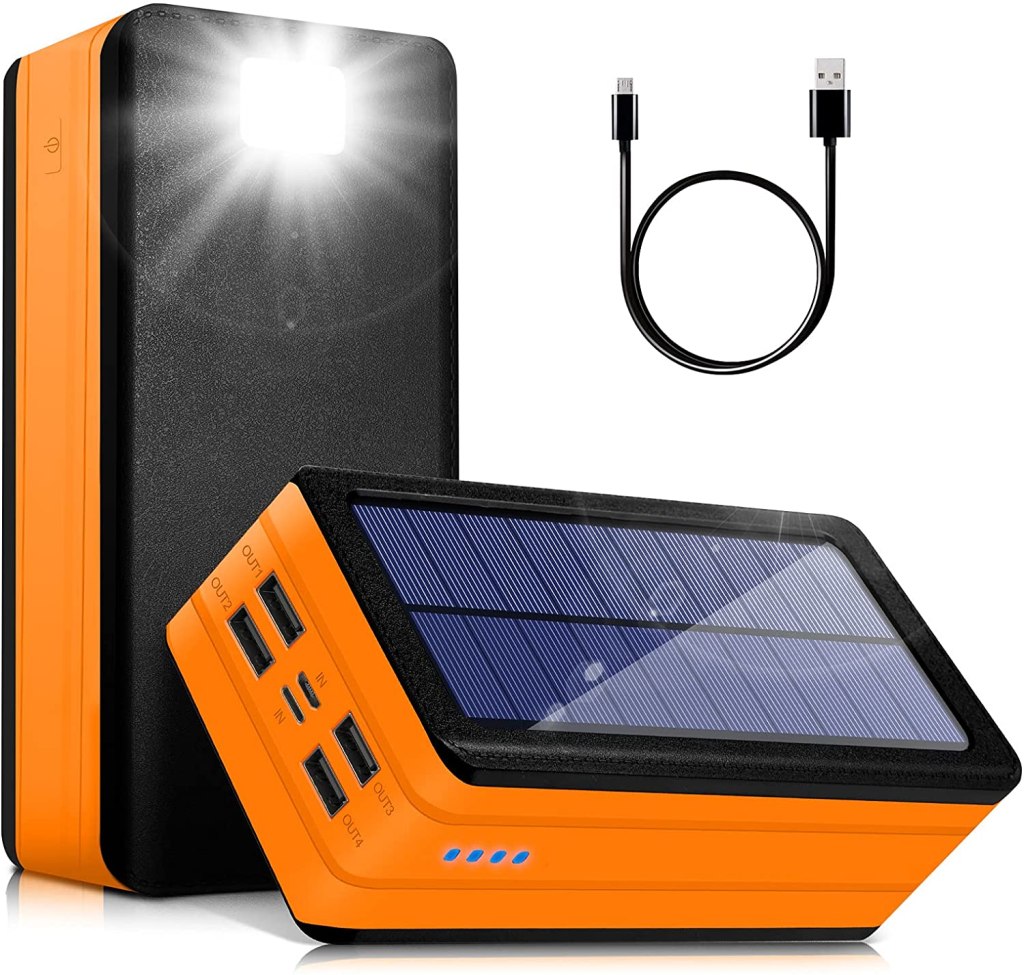 BEST FOR CHARGING OTHER BATTERIES

When you consider the cost of purchasing brand-new AA or AAA batteries (especially larger packs), investing in a solar-powered charger for your Energizers makes a lot of sense. Sure, this Sunway solar charger isn’t the most attractive AA/AAA charger on the market (it’ll also charge a single 9-volt battery), but sometimes it’s more about the performance than the shell. Capable of juicing up seven batteries at once through the power of the sun, you’ll want to only use this device on rain-free days and expect up to eight hours for your batteries to be brought back to life. 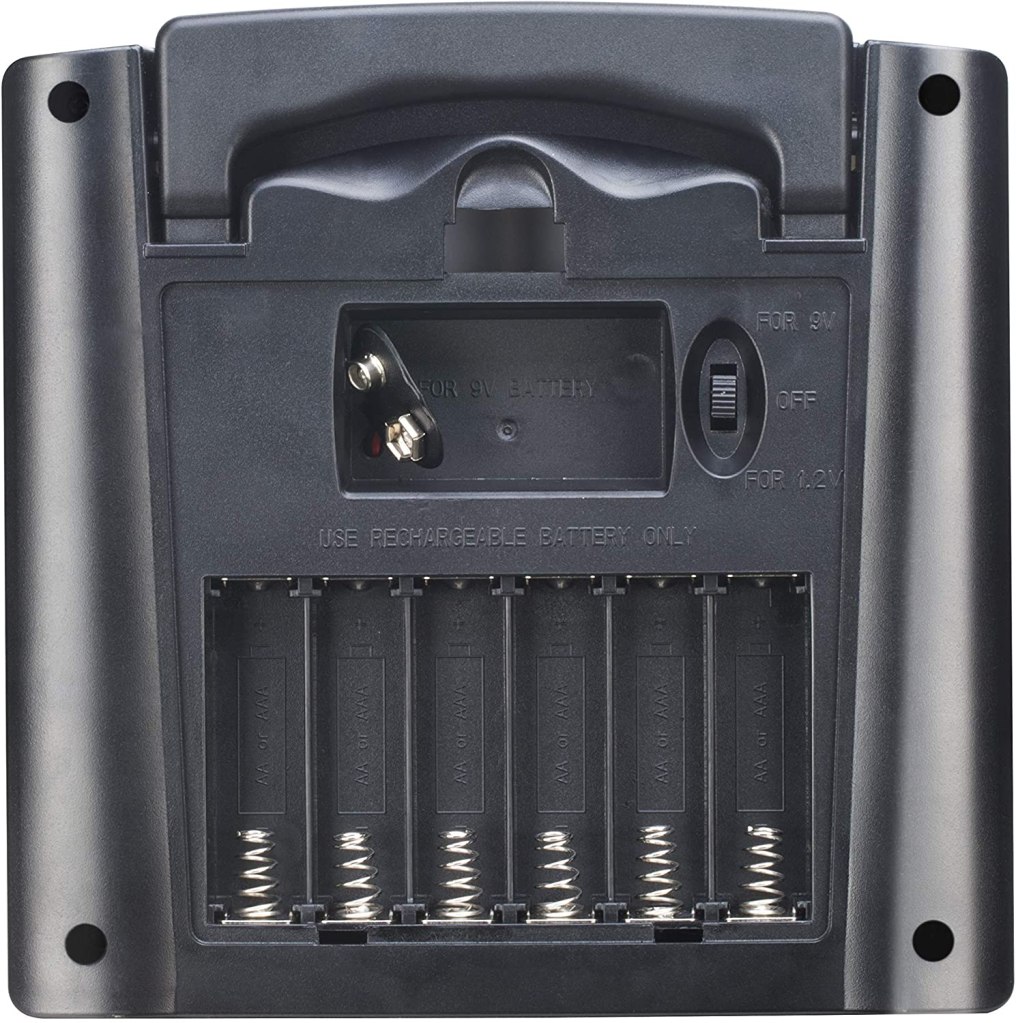 Similar to how some of today’s digital TV antennas work, this mountable solar charger from Battery Tender is meant to adhere to windows. Once attached, the panel collects up to 17 watts of power that can then be distributed to car, boat and motorcycle batteries using the included leads. Many Amazon reviewers swear by the performance of Battery Tender’s entire product line, using these chargers for a number of passenger and commercial vehicles. And if you need more power, Battery Tender also makes a 35-watt version of the same panel. 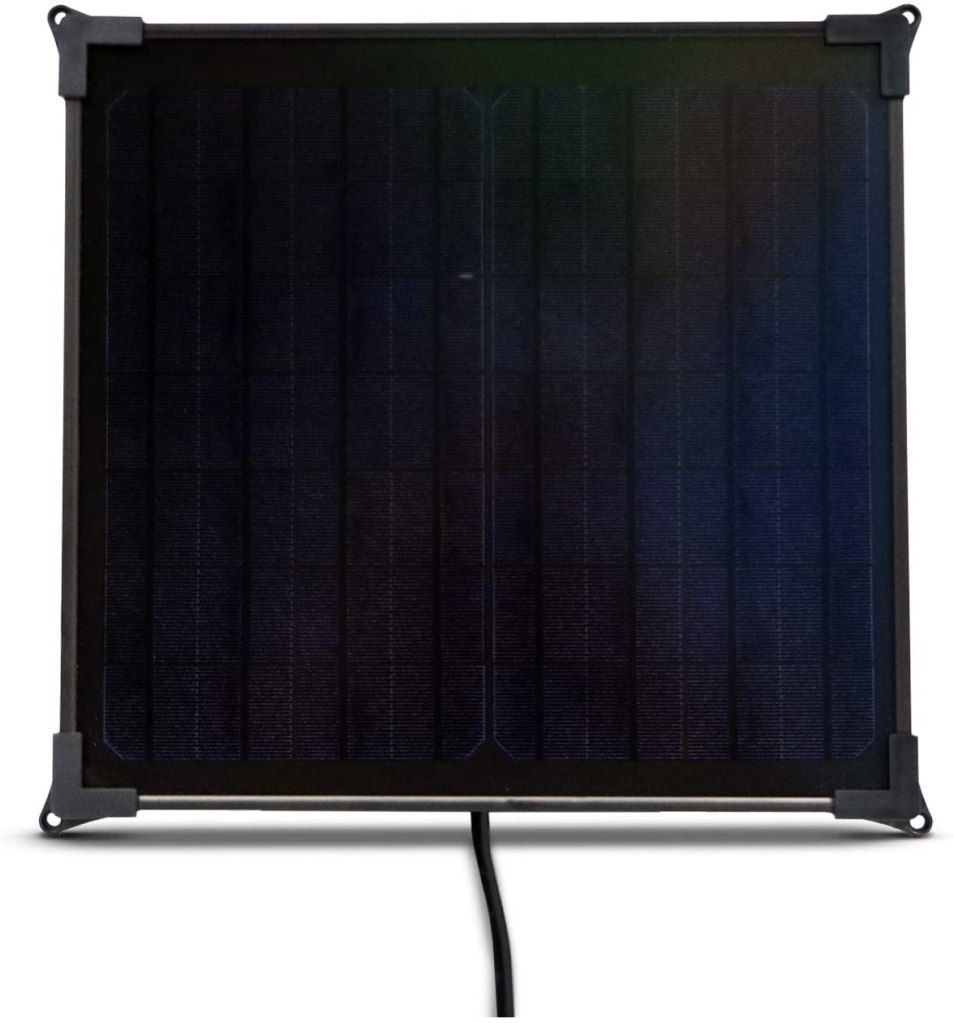 The Best Waterproof Phone Cases for Every Type of Phone