We buy everything from food to clothes to health insurance online, but the way we buy phones remains surprisingly old school. Many assume that the only way to get a smartphone is to physically go to the store of their preferred phone carrier (or often their parent’s preferred carrier), talk to an associate, and walk out with a phone. That’s no longer the case.

Smartphones and carrier plans are almost always sold bundled together, but there’s no reason it has to be that way. For those who prefer the Samsung Galaxy to the Apple iPhone, customization and affordability are major factors in choosing the former. Yet many Samsung owners are chaining themselves to rigid and un-affordable plans.

Fortunately, Samsung offers unlocked smartphones. An unlocked smartphone is simply a phone that’s sold without a plan, allowing you to customize the carrier, services, and data plan you want. Samsung lists many of their best phones on Amazon, meaning you can get your next smartphone the way you get everything else.

The Samsung Galaxy S9+ is the second to most recent release from Samsung, after the S10 which came out earlier this year. Buying one model older shaves several hundreds off the list price, and the S9+ offers a lot in terms of features. For those trying to decide between the plus and the base model, the S9+ offers more memory than the S9, a more advanced dual camera, and longer battery life.

Cons: Some users were annoyed with how easy it is to accidentally press the button to activate Bixby (the assistant available on S8s and newer). 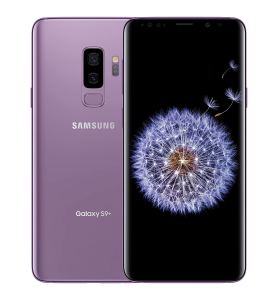 The base model of the Samsung Galaxy S9 offers many of the same features as the S9+ in a considerably smaller package. That can be a plus for people who don’t like how large many newer phones are. The S9 has a great display, clear speakers, and comes with Samsung’s impressive curved screen display. 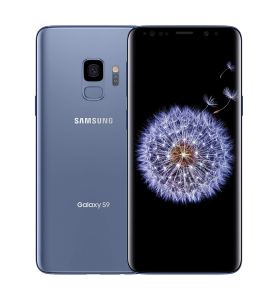 Many of the most impressive Samsung features were introduced with the S8. Going a couple models older than the newest saves you hundreds of dollars while still giving you the wraparound screen, fingerprint unlocking, and fast wireless charging. This phone made converts out of several long-term Apple users.

Cons: Fingerprint scanner is right next to the camera lens, and some users found that they would accidentally smudge the lens. Some users also disliked the Bixby assistant. 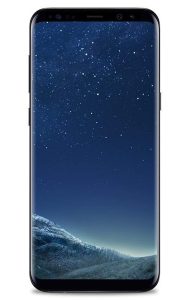