* Between 2007 and 2014, Americans spent $23.5 billion to fix their smartphones
* A bowl of dry rice can’t revive everything
* Get these easy hacks to save your devices

As personal gadgets, like smartphones, become more and more indispensable, they’re being taken into and out of more and more places. Heading into the jungles of a faraway locale? Why wouldn’t you bring your phone or camera to capture the experience?

Except that electronics like our phones and cameras weren’t built to operate in such environments. Hell, they can’t even survive a dip in the pool. According to a study conducted in 2014, Americans have spent upwards of $23.5 billion to repair their smartphones, including the iPhone, since 2007. Take that number with a grain of salt, but it’s likely not too far off. Fast forward to today and that number is likely closer to what we may be spending every year. (Okay, that’s a lot but you get the point, right?)

So before you head out on your next adventure (or trip to the store), grab one of these waterproof cases because you just never know these days.

Long story short, Mpow’s universal smartphone case is waterproof, will work with practically any smartphone out today, and it won’t hinder any of your phone’s functionality. You can still snap photos and videos, swipe right and anything else you need to do when while you’re at the pool or at the beach. Bonus: this is a two pack. 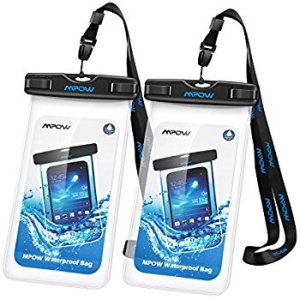 Available in three sizes (2L, 5L, 10L), the Freegrace dry bag is not your ordinary run-of-the-mill dry bag – this one has a double zip lock seal in addition to being a rolltop. Oh, it also comes with a universal waterproof smartphone case. 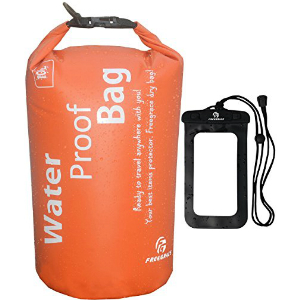 A custom case for your brand and model of point and shoot camera could set you back several hundreds of dollars. Given the rate at which we upgrade our gadgets, it probably wouldn’t be a very good investment. Instead, check out DiCAPac’s universal waterproof case. It’ll work down to 16 feet and the lens of the case is triple coated to ward off UV rays, water and scratches. 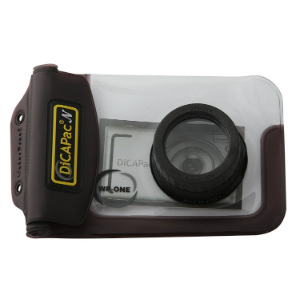 Yes, the GoPro Hero 5 camera is waterproof sans housing, but only down to about 10m. Slap one of these waterproof housings from Kupton and you’ll get down to 45m. GoPro also offers a housing for its Hero 5 camera, but it’s more than double the price of the Kupton and only gets you an extra 15m. So you’ve got ask yourself if you’re really going to be diving more than 147 feet down. If not, grab the Kupton. 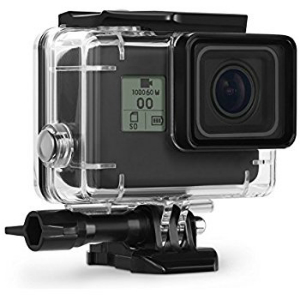 While the iPhone 7 is water-resistant, it will only survive in a meter of water for up to half an hour. Which in most cases would be sufficient enough to fish it out before any permanent damage is inflicted. If, however, you plan to be a bit more adventurous, then Temdan’s iPhone 7 waterproof case is worth a look. It will survive up to an hour in 10m of liquid, but is also shock resistant and fairly slim and light. Bonus: it comes with a removable kickstand and floating wrist strap. 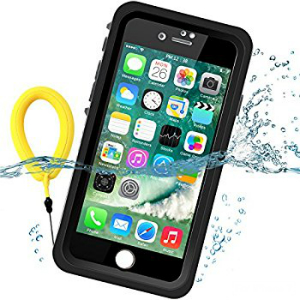 Your phone and camera aren’t the only things that need waterproofing, right? How about a submergible and portable speaker? Say hello to the JBL Clip 2. It does everything you’d expect from a portable speaker, like lasting up to eight hours on a single charge, and then some, like its ability to connect with another Clip 2 for even more sound. 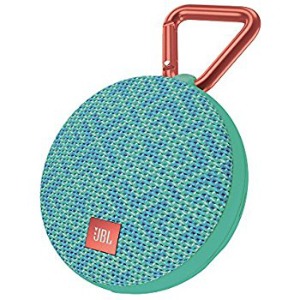 If you thought a waterproof case for a specific point and shoot was pricey, you don’t want to look up what it might cost you for a DSLR housing. At a fraction of the cost, you could pick up DiCAPac’s universal soft housing for just about every DSLR. It’ll work down to 5m and will accommodate most lenses. 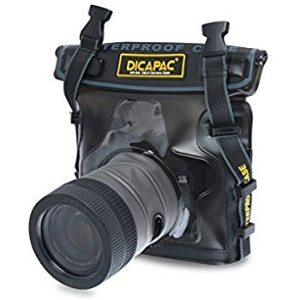 How to convert your phone into an underwater camera