Starting on June 1, some customers on AT&T’s “Unlimited” and “Mobile Share” plans will see their rates go up by as much as $12 per month. And after AT&T announced it would be raising prices on some of its older consumer cell phone plans earlier this month, rival Verizon decided to do the same.

It’s all in response to the rising tide of inflation, which is affecting everything from consumer goods to services across the board. This would be the first time in two years that the number one wireless carrier last raised its prices.

People might not realize anything’s different right away, but Bloomberg reports the price hike will be in the form of a $1.35 administrative charge for each line starting in June. Additionally, it looks like data plans will also be increasing by $2.20 a month, while basic service plans will see an increase of 98 cents. Even though the numbers may seem insignificant on a monthly basis, they would undoubtedly add up over the course of a year.

On top of that, AT&T and Verizon are hardly the only businesses raising prices right now, and all those small fees and price hikes can really add up to a major burden on consumers.

Postpaid cell phone plans aren’t getting any cheaper when you look at what the three largest wireless carriers are offering. Just take a look at what we found trying to shop around for a basic plan.

There’s no denying that a cell phone plan is a necessity in today’s world, but as prices continue to rise due to inflation, it’s making people more conscious of their spending and more eager to explore alternatives. Cheap cell phone plans do exist, and it’s important for consumers to stay informed. In fact, you might be surprised by how much you can save by doing your homework and shopping around.

When choosing between low cost cell phone plans, what’s important to know is how much data you intend on using each month. If you look again at the rates above from the big three wireless carriers, you’ll notice that unlimited data is consistent among them. Have you ever kept track of your data consumption each month? If not, you may be surprised because an unlimited data plan could be overkill — so you’re wasting money that could be used elsewhere.

While you can find affordable unlimited cell phone plans under $50 a month, most of them will have restrictions on data usage. If you use a lot of data (and who doesn’t?), then this is something to be mindful of when comparing cheap wireless plans.

If these price hikes have you rethinking about your current wireless plan, then check out some of the deals happening below. We’ve handpicked some cheap cell phone plans that may just let you save some money. Prices can vary widely when you’re shopping around for the cheapest unlimited phone plan, so check out your options below.

If Verizon and T-Mobile’s rates scares you, then check out what Visible is offering. Because Visible is powered by Verizon, customers get access to Verizon’s national 5G network without the higher rates that usually come with a top carrier. As a direct-to-consumer wireless company, Visible is able to avoid some of the costs that are driving price hikes elsewhere.

Visible’s unlimited plan starts as low as $25/month and includes unlimited talk, text, and 5G data. Most cheap cell phone plans don’t offer unlimited everything, but Visible is the exception. 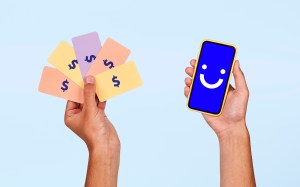 Another low cost cell phone plan that should be on your radar? US Mobile’s $15 per month plan, which offers customers 4GB of 4G/5G data, as well as unlimited talk and text. Much like Mint Mobile’s offering, you’re required to commit to three months of service. However, Amazon’s deal happening right now provides three months of service for the total price of $30 for a limited time. 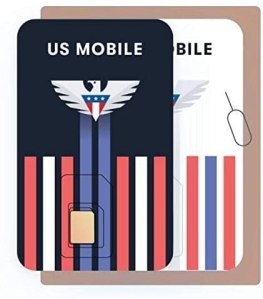 Unlimited data is great, but like we said earlier, it can be overkill for those who don’t do a whole lot of streaming or content consumption. Mint Mobile is a prepared wireless carrier that uses T-Mobile’s network, offering one of the lowest plan rates around with its $15/month plan that comes included with 4GB of data, in addition to unlimited talk and text. You’ll have to commit to three months of service, but that still equals to $15 a month for the service. If you don’t need a lot of data, this can be a great way to save. 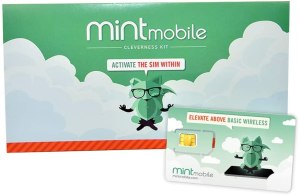