Around the time that Apple first launched the iPhone in 2007, there were glut a of hybrid gadgets on the market that claimed to do a lot of things. It was a rather popular trend that quickly fizzled out when consumer taste started to shift towards singular devices with impeccable design, rather than something that could do a few things but looked unsightly. Some ten years later we’re starting see these hybrid do-it-alls again, except, they look pretty good, like the NuAns Cone.

Designed in Japan, and an International Forum Design Award winner, the Cone is not only an adjustable LED desk lamp with four dimmer settings, but also a speaker, a USB charger and a charging dock for Apple goods with a lightning connection. 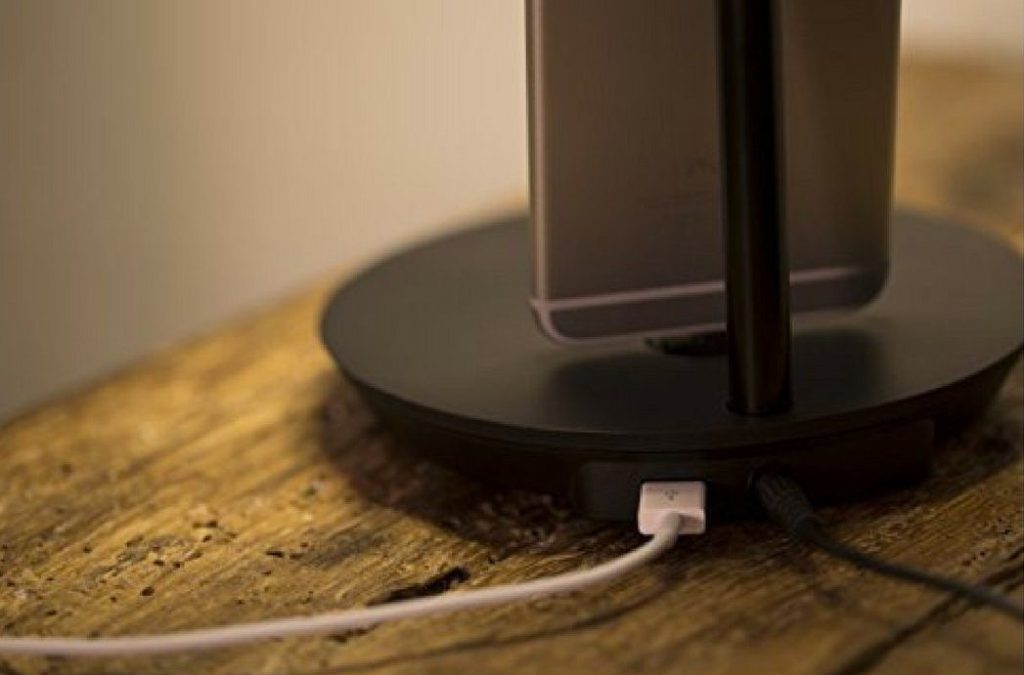 
The beauty of the Cone is that it looks like a desk lamp and nothing more. Clever little design features like the speaker integration into the head of the lamp or the lightning connector on a swivel make this infinitely more appealing. Available in black or white, the Cone is MFi certified by Apple so you needn’t worry about it actually charging your Apple device.

An accompanying app includes an alarm clock feature that is fully customizable with background colors, digital or analog clock faces, calendars and even the option to have the Cone light up instead of playing music or beeping at you. Or you can have it do both. The Cone app will even display the weather, so you know before you even get out of bed what to expect from Mother Nature.